April 22 is still Earth Day, even in a pandemic. And with 50 years under its eco-conscious belt, Earth Day 2020 is momentous even if it’s somewhat under the radar for obvious reasons.

Looking ahead to a time when it’s safe to travel and New York City hotels once again throw open their doors, here’s a look at the city’s greenest hotels. We’ve updated this post for 2020 to include hotels with at least one of these criteria — LEED Certification, membership in the New York Carbon Challenge, Ecotel Certification and active demonstration of efforts to reduce their carbon footprint.

The super-greens are hotels that have earned LEED certification, third party proof of adherence to the Leadership in Energy and Environmental Design standards set by the U.S Green Building Council. 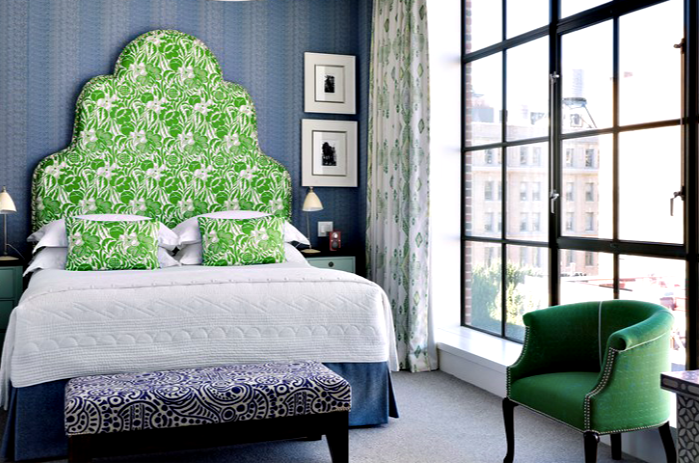 As with most worthy things, getting certified isn’t easy. A building must meet a battery of requirements in six categories including water efficiency, energy and atmosphere, indoor environmental quality and innovation in design. Those that check all the boxes are categorized as Certified, Silver, Gold or Platinum.

Don’t look for LEED certification at budget properties. Certification is an amenity requiring time and investment, and hotels can charge for it. But besides a safe, healthy atmosphere, guests will know they’re staying in a building that typically has cut back energy usage by 30 to 50 percent, trimmed carbon emissions by 35 percent and eliminated 70 percent of solid waste.

Ecotel Certification is awarded to hotels that pledge to enhance the environment by “reducing, reusing and recycling” and conducting business with maximum energy efficiency. Prevalent in Asia and Central America, just one New York City hotel is a member — The Benjamin, a green early adapter.

But plenty of hotels without certification are embracing environmental initiatives. It’s become increasingly easy to find properties that recycle paper, cardboard, ink cartridges and aluminum, sport roof gardens and sedum plantings to regulate building temperatures, offer duo-flush toilets that conserve water and join soap recycling programs that collect used soap to be sanitized and sent to nations in need of it, to name a few popular green initiatives.

If you know of any we missed, let us know.

Now Playing at Andaz 5th Avenue: Hyatt’s New High-Tech TVs
Eco-Friendly in New York: Which Hotels are Greenest?
The Best of the New at NYC Hotels, 2012 Edition
Gleeked: Celebrating the Season Finale of “Glee” at The Intercontinental New York Times Square
Checking Out the Crosby Street Hotel — And Its Grand Slam Cocktail
Feed Me: Michelin and Zagat Pick Their Top Hotel Restaurants for 2013
2 replies