At a glance: Aloft Harlem looks so contemporary, so much like other links in the style-on-the-cheap Aloft chain, that it’s easy to forget it’s historic. Opened in 2010, this skinny, red brick 124-room high-rise became Harlem’s first new hotel since the white brick Hotel Theresa opened in 1913 (and closed in 1967, despite a guest list that included Malcolm X, Louis Armstrong, Josephine Baker and Fidel Castro).

Aloft settled comfortably into the neighborhood. You see a mix of guests and locals in the lobby bar and lounge. And changing shows of artworks by local artists command a lobby wall.

The one-size-fits-all David Rockwell design for the chain – upbeat colors, clean lines, exposed duct work, skylights – works especially well at this outpost. Even the chain’s signature courtyard fireplace, impossible to replicate given the building’s layout, translates nicely into flatscreen of virtual fiery hued images on a wall of the lounge.

Guests check in, ask for directions and pay for cookies and coffee from the lobby grab-and-go at a colorful circular desk near the front door, a cheery command central. The airy, white-walled lounge extends behind the desk (pool table, club chairs, house computers and a long table studded with electrical outlets) and to the right (the colorful Remix Lounge, more lounge chairs and that faux fireplace). A patio in the front of the hotel, recessed from the street, offers plentiful outdoor seating on large yellow and green upholstered benches.

Typical of select service establishments a rung below full service, the Aloft emits a relaxed vibe. Staff members I encountered were friendly and eager to please. I’d love to see a locally owned, one-of-a-kind hotel, like the Theresa in its heyday, open in Harlem – the hotel version of Marcus Samuelsson’s buzzy Red Rooster. For now, Aloft gets the job done in smart-chain-hotel style.

Cool detail: You can get into your room using your iPhone, Android or Apple Watch instead of a key if you’re a Starwood Preferred member.

Rooms: You’d be hard-pressed to know you’re in New York unless you look out a window – easy to do because windows are big. (One room I visited stared smack into the rooms of the condo next door, very Rear Window.) But while uniform and relatively frill-free, rooms are roomy – big for the bucks – with smart, space-enhancing built-ins (a wood ledge embraces a wall, serving as a desk, dressing table and surface for stacking, or stashing, bags, books and laptops).

Wood headboards displaying built-in art – the only art in the room – crown the platform beds, a king or two queens in each room. There are no suites — or rollaway beds (air mattresses are available for extra guests).

In the simple, small-but-well-laid-out open bathroom, a handsome mirrored door slides shut to afford privacy. No tubs — but the stall showers are generous. Instead of mini shampoos and conditioners, showers are equipped with built-in canisters of Bliss products.

Food and drink: Make that drink and food. True to the Aloft formula, the hotel has a spacious Remix Lounge with a brightly lighted backdrop, a row of stools and an adjacent lounge with comfortable chairs. A lounge by day, it hops at night. Contemporary R & B music pulsates all day. There’s no restaurant, but a well-stocked grab-and-go features cold drinks, jars of sweets, bagels and muffins at breakfast, chips and coffee. Espresso and cappuccino come in a machine. My espresso was good but so tiny it disappeared in the standard size paper cup. (I should have used the paper espresso cup – or a thimble.)

Amenities: The on-site gym is well equipped, mirrored and boasts a window. Pool table in the lobby.

Surroundings: The hotel is on a quiet block in the heart in Harlem, a neighborhood on the upswing. It’s two blocks south of 125th Street, the area’s main, store-lined artery (mainly chains like Modell’s Sports, Old Navy and H & M), fast-food restaurants and fewer empty storefronts than there once were. 125th Street also serves up the famed Apollo Theater, the excellent Studio Museum of Harlem and the Metro North Train Station, ideal if you’re going to points north in lower New York State or Connecticut. Well-known Harlem restaurants, like Sylvia’s, Settepani and Marcus Samuelsson’s buzzy comfort food Red Rooster are a short walk away. Subway stops on 125th Street, which include the 4, 5 and 6 trains and the 1,2,and 3 trains, are a bit of a hike. But bus stops, also on 125th Street, are nearby, so it’s easy to get to Columbia University (Broadway and West 116th Street), the Metropolitan Museum and other institutions on Fifth Avenue’s Museum Row and midtown (downtown, too, though you’re better off taking a subway than a bus).

Back story: The hotel opened in December 2010, the first New York City link in Aloft’s fast-growing chain (Aloft Brooklyn opened in June 2011). A part of Starwood Hotels, Aloft is like a budget W, smart and cookie-cutter hip but, unlike W where no two hotels are alike, if you’ve seen one Aloft, you’ve seen a version of them all. (The ubiquitous David Rockwell devised the crisp, colorful look.) The first opened in 2007 in Montreal, with more than 73 links open or in the works worldwide. The Harlem Aloft occupies a new building, built from the ground up as a hotel. That means modern conveniences like a central climate control system, up-to-date electronics and plentiful electrical sockets. They even road-tested TV remotes treated with a germ-free finish at the hotel.

Keep in mind: Getting to the hotel can be a schlep, but room prices are often 15 to 20 percent cheaper than comparable rooms in midtown. The hotel is kid friendly, but the lobby morphs into the Remix Bar at night. And the bar gets noisy. 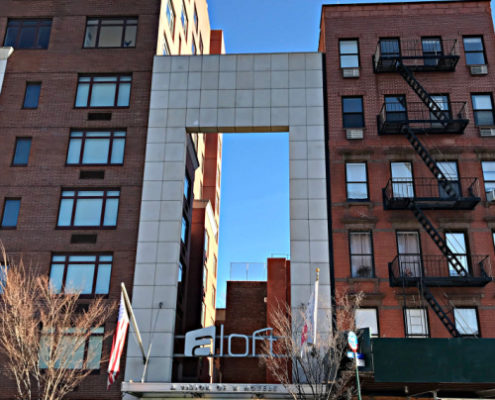 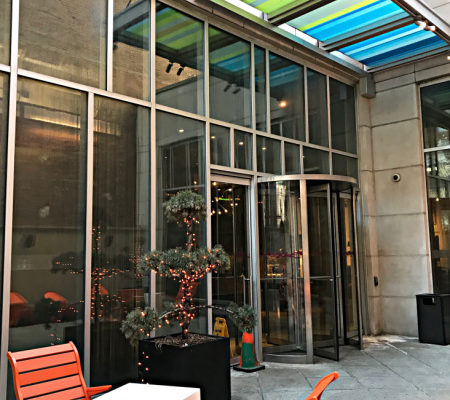 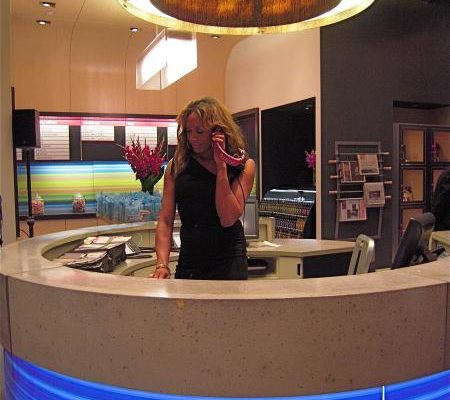 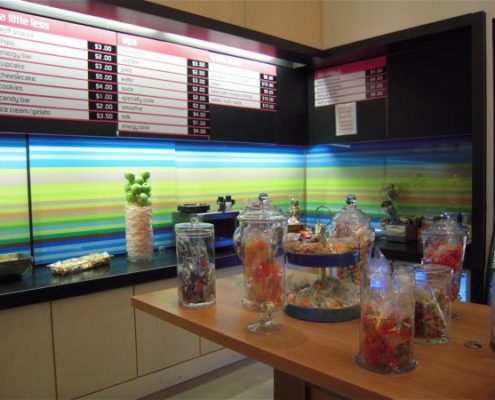 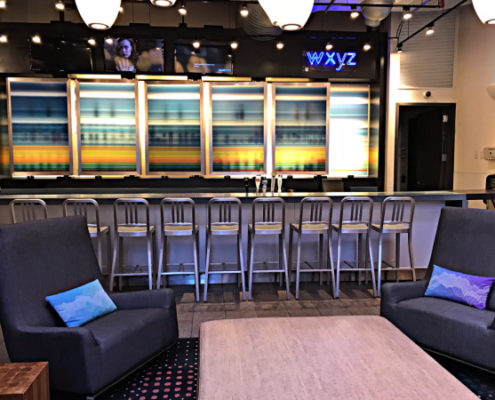 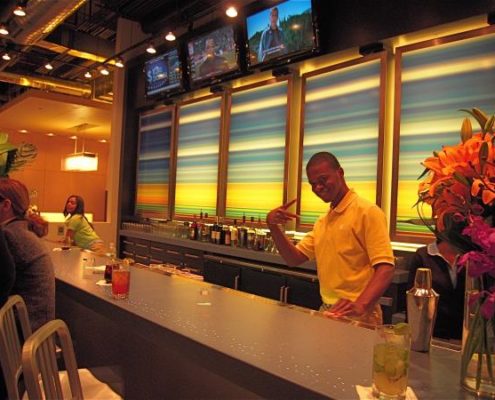 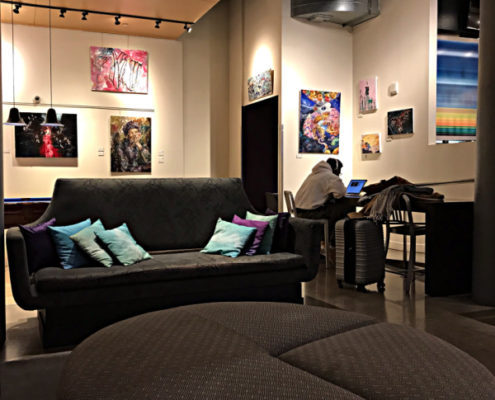 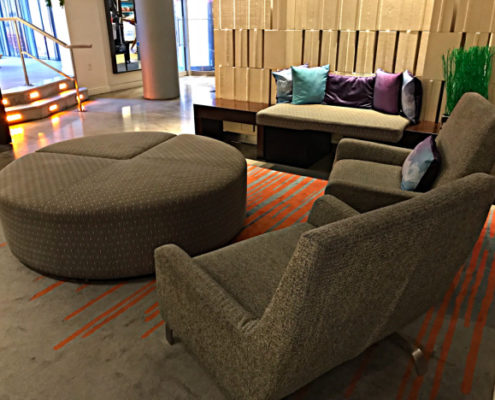 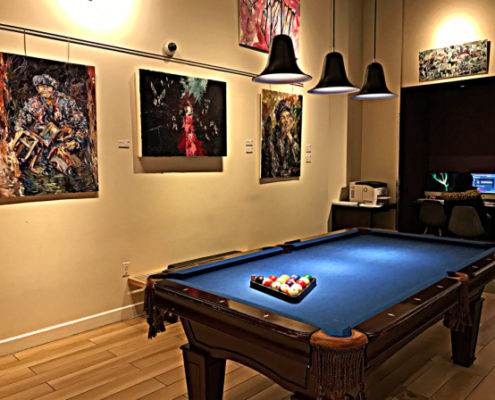 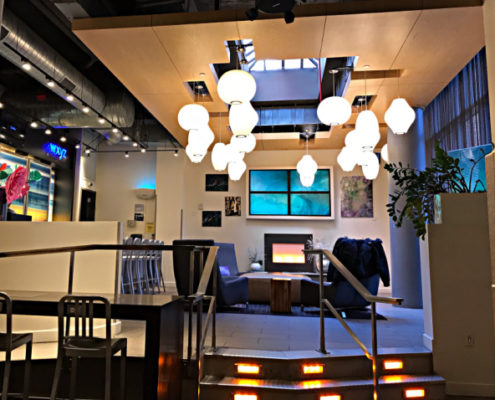 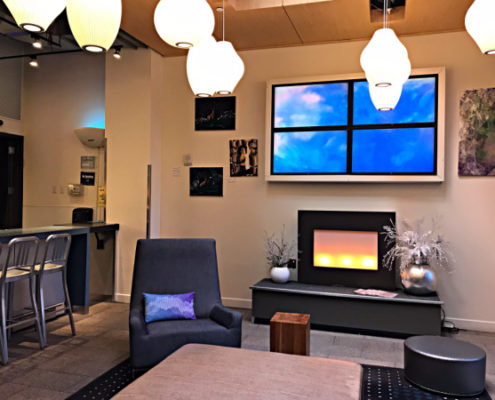 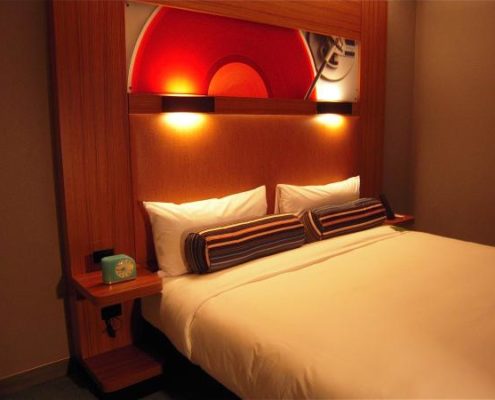 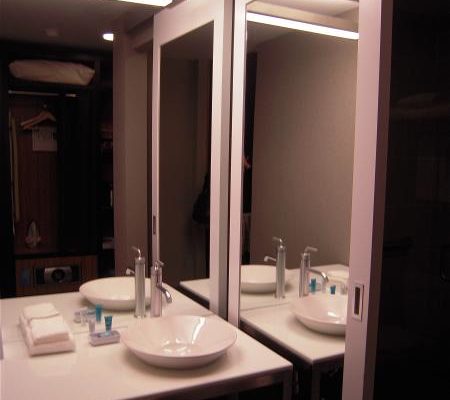 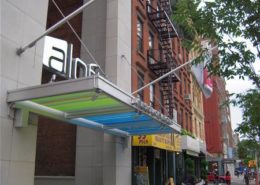