At a glance: The Benjamin, an imposing 1920s brick tower across the street from the Waldorf Astoria, is a friendly reminder that the traditional hotel virtues – a great bed, attention to service, classic décor – never go out of style. The hotel is neither trendy nor hip and doesn’t try to be. But it lobs comfort at you the moment you enter its sleek brown lobby.

The pillow menu originated here (12 flavors, including NASA memory foam, buckwheat and satin). Pets are welcome (dog beds are available). A kitchenette comes with every room (the hotel is mostly suites). And complimentary coffee is served all day in the soaring, spotless lobby — all marble, mirrors and lavish cornices. The Benjamin channels hints of its 1920s past but feels contemporary.

Though the hotel has just over 200 rooms, it feels like a small hotel in the best sense of the word. Velvet sofas and fresh flowers help humanize the high-ceiling lobby. And the uniformed staff are among the friendliest and most helpful in town.

Rooms: Comfort wafts up to the rooms, which are serene and well maintained, but, depending on your sensibilities, bland (how many shades of white can you cram into one space?) and looking a bit dated. Most are ample one-bedroom suites with sleep sofas in the living rooms, adjoining bedrooms and clever little kitchenettes. Even the basic rooms and studios come, as do suites, with these well-equipped mini kitchens (full-size fridge, sink, microwave and china in the cupboard, all new, so you can eat in if you please).

Beds are big, luxurious and piled to the rafters with pillows. Lamps with crystal bases perch atop the traditional wood bedside tables. And desks are large, solid and ready for business.

Suites can be quite spacious. Several open onto spectacular terraces overlooking Lexington Avenue, complete with views of the Chrysler Building and outdoor furnishings for alfresco drinks or dining. The showpiece Benjamin Suite, designed by the talented Lauren Rotett of Rottet Studio, is eye-catching and contemporary. It would be fun to see what she could do with the rest of the rooms.

Food and drink: None at the moment. The National, the hotel’s buzzy restaurant and bar owned by owned by Iron Chef Geoffrey Zakarian, host of Food Network’s Cooks vs. Cons, closed when the pandemic struck and has not reopened. But the area abounds with places to eat and drink.

Amenities: Pets are courted with a menu of accouterments like dog beds, canine treats and a list of pet-friendly restaurants (guests are required to pay a $100 per day deposit, refundable if there’s no damage).

Surroundings: A great location if you want Midtown. Lexington Avenue in the 40s consists of boring office buildings, but it’s studded with hotels, nice if you want to try out a different bar or breakfast spot. Grand Central Station, Rockefeller Center, the Museum of Modern Art, Saks Fifth Avenue and preppy haberdashers including Paul Stuart are steps away. Times Square and the Theater District are a brisk walk or crosstown bus ride away. Central Park, Bloomingdales and the renowned Morgan Museum and Library are easily accessible. Bus stops and the subway station are nearby.

Back story: Opened two years before the 1929 Stock Market Crash, the Benjamin started life as the Beverly, a stylish brick tower designed by architect Emery Roth, known for luxury apartment buildings such as the Beresford as well as the Belleclaire and Warwick hotels. Over the years this 1920s pile lost its panache. It was still the Beverly when we first stayed here in the early 1990s, and although prices were low, the rooms were worn out. In 1997, the hotel was purchased by Affinia Hospitality, then known as Manhattan East Suite Hotels, closed for a major makeover (bye-bye window air-conditioners, hello central heating/cooling) and reopened in 1999, rechristened the Benjamin after Affinia founder Benjamin J. Denihan Sr. (note the portrait over the reception desk), who made a killing in dry cleaning before trying his hand at hospitality. Between 2010 and 2011 the hotel’s public rooms underwent a grand-scale renovation resulting in a glamorous updated lobby and a much-improved bistro-style restaurant and bar. But the pandemic created problems for Affinia Hospitality, and in spring 2022, the hotel became part of the Royal Sonesta group.

Keep in mind: Rooms can be noisy due to street sounds.

View from a Benjamin suite 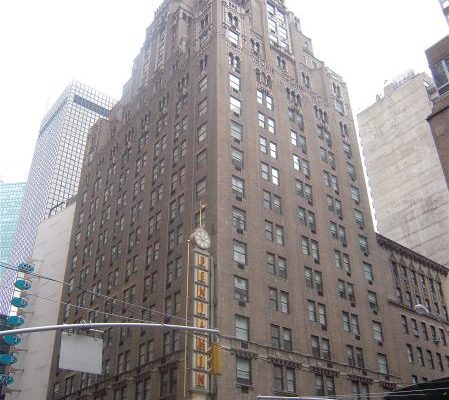 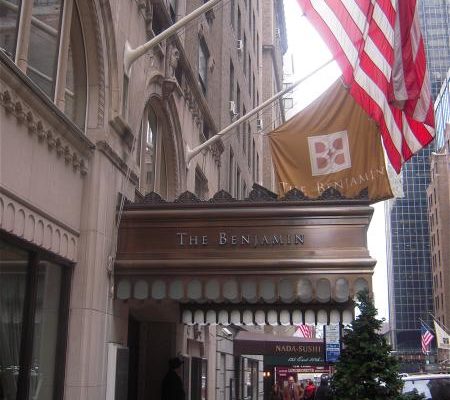 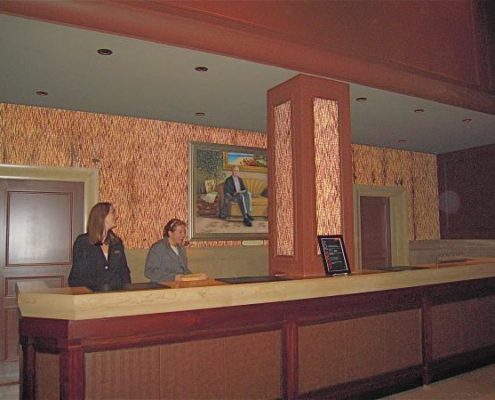 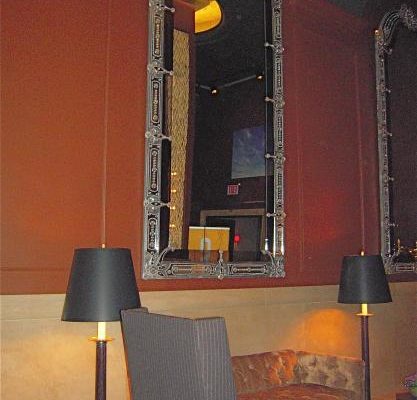 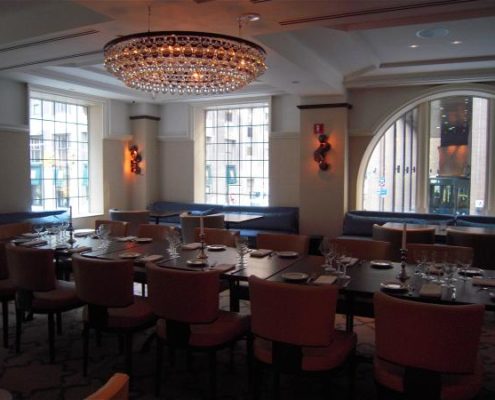 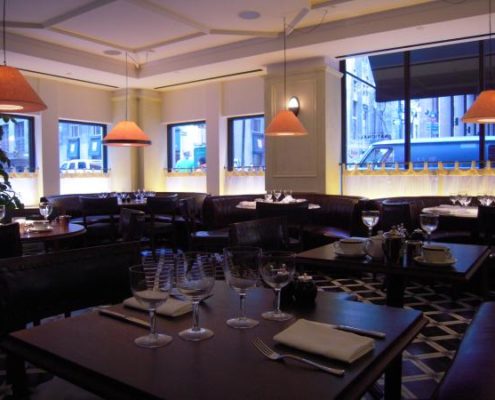 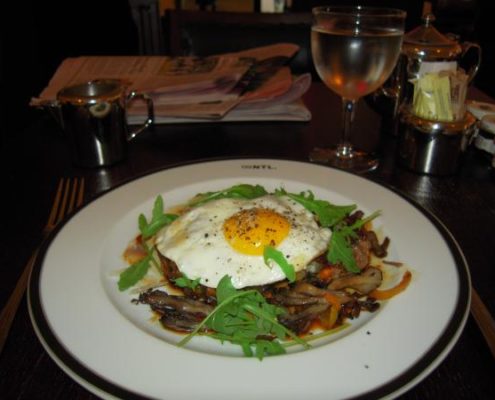 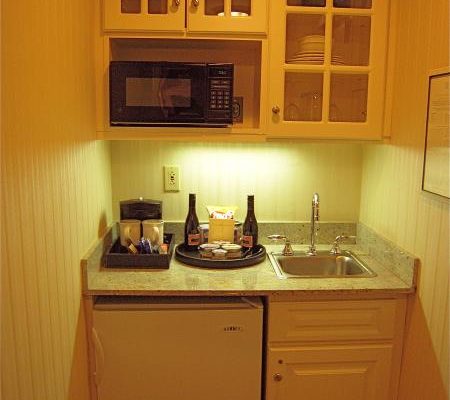 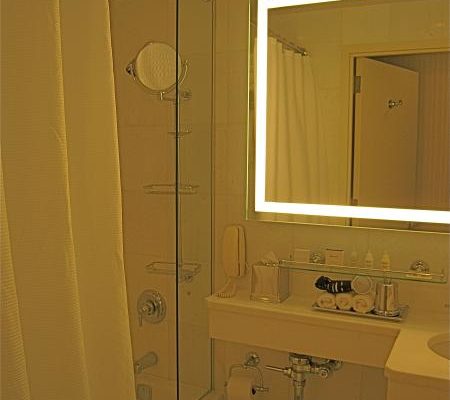