At a glance: What happens when Soho meets SoHo? Good things if you go by the Crosby Street Hotel — the first American outpost of London’s Firmdale Hotels, a small group of one-of-a-kind luxury boutique hotels.

Opened in 2009, this swanky small hotel, named for its quiet, side-street address, melds the best of London and downtown New York. The sprawling-yet-cozy drawing room, warmed up with cushy sofas and club chairs and two fireplaces, each mantel crowned with a dog portrait, riffs on the classic London/Victorian parlor, down to the art-filled, muddy pink walls. Also on the London-direct list: a terrific afternoon tea, floral (but not fusty) wallpapers galore and the drawing room honor bar.

On the New York side of the ledger count the enormous loft-like paned windows, the 99-seat basement screening room (with eye-catching orange leather chairs) and the rustic/chic hardwood floors.

Credit for the quirky/clever mash-up of the two cultures – and the homey-yet-luxurious ambiance — goes to interior decorator Kit Kemp, who owns the hotel with her husband Tim.

This upbeat original is one of those one-of-a-kinds that exudes a quirky personality – and if the quirks work for you, it’s as good as it gets. (The main quirk is service, which is hit and miss.) Blessed with visually entertaining DNA, it’s ideal for a drop-in, whether for a drink (the bar is bright and lively), a movie (recent theater fare is shown Sunday nights with dinner or drinks and nibbles) or just to scope out the lobby art, which includes a brobdingnagian sculpted head, whimsical dog sculptures and contemporary paintings galore, a reminder that art galleries were once one of SoHo’s glories. And following a gentle update, rooms look refreshed and retain their personality.

Guests, many from Britain, Scandinavia and Australia, can look as interesting as the surroundings, and I’ve overheard intriguing conversations at dinner.

And not every hotel sports a bookcase shaped like a polar bear. Need I say more?

Cool detail: As befits a hotel built from the ground up in 2009, the Crosby Street is super green, with dual-flush toilets, a rooftop garden supplying fresh vegetables and herbs for the restaurant and coveted Gold LEED certification for its efficient energy and environmental design.

Rooms: They’re bursting with personality, and no two are alike. They’re also the most brazenly upbeat, colorful rooms you’ll find downtown. Kit Kemp uses floral prints fearlessly, but as befits a contemporary luxury hotel, instead of printed fabric the flowers on the king-bed headboard in my room were embroidered.

My junior suite, a peace-offering upgrade since the room wasn’t ready when I arrived, featured a long hallway and an airy ambiance (ceilings are high) but felt like a large bedroom with a sofa and club chair.

On the other hand, the gray marble bathroom was HUGE — and deliciously luxurious. Besides a large glass-encased stall shower and a bidet, it held a towel warmer, a big bathtub, a tiny flatpanel TV for in-tub watching and, thoughtfully, a stylish plexiglas stool ideal for keeping the zapper handy – and dry — during a bath.

Generous thought went into the room design and amenities. The closet, outfitted with shelves, hangers and an excellent hair dryer, lighted up when the doors opened. The sofa and club chair were comfortable and good looking. Turndown yielded a tiny flask of lavender spray for the pillows, two bottles of Vose water and two tiny tubs of lip balm. Sweet! As for the signature dress forms – one full-sized like a sculpture standing at the entry to the sleeping area, the other a fey nightlight next to the bed – most amusing.

Food and drink: The spacious restaurant and bar, which adjoins the lobby, is a visual feast – apple green walls, jauntily striped banquettes, appealing artworks (my favorite is the witty Warholesque treatment of a be-hatted Queen), gorgeous glass orbs and kicky colors (purples, greens and oranges). The bar is a great place to sit back with a champagne (several strains are available) or cocktail and survey the usually attractive throngs. Afternoon tea, also agreeable, unfolds with big pots and plates of sweets — but you can just order tea solo, a superb afternoon pick-me-up. Food is expensive but beautifully presented and in good weather months includes herbs, fruits and vegetables from the hotel roof garden.

The large — and smartly furnished — outdoor courtyard is a congenial setting for drinks in warm weather.

Amenities: The superb gym, while windowless, is large, well equipped and inviting. The hotel boasts a terrific screening room with excellent acoustics, state-of-the-art electronics and comfy orange leather chairs. Besides being available for private screenings, the theater shows movies every Sunday night as part of the Crosby Sunday Night Film Club ($50 with a three-course dinner, $35 with drinks and nibbles; see our blog posts for details) and occasional Monday night films chosen by well-known New York authors like Paul Auster and Michael Cunningham. Open honor bar in the drawing room and complimentary nibbles, like home-made cookies and jellies. RikRak by Kit Kemp bath products. Free WiFi.

Surroundings: I can’t think of a better location of you crave SoHo. You’re in the thick of things, steps away from Prince Street, Prada, the Angelica theaters (indie films) and countless restaurants, from Balthazar to The Dutch. But Crosby Street is a quiet side street that’s less congested with gawkers than downtown thoroughfares like West Broadway and Broadway. You can almost imagine a pre-glitz SoHo here. Nolita, Chinatown, Little Italy, the Lower East Side Tribeca and Greenwich Village are all a walk away with the Financial District slightly farther afield. Zipping up to midtown is a breeze – the subway stop is a block away, and taxis prowl nearby Prince Street, though fares add up if you’re constantly taxiing to midtown.

Back story: Built from the ground up in the middle of the block on an low-profile SoHo side street, the Crosby Street Hotel opened in 2009. The hotel is owned by Kit and Tim Kemp, whose Firmdale Hotel Group includes six stylish hotels in London and the Crosby Street, their first foray abroad. An interior designer, Kit Kemp created the interiors for the SoHo property, as well as those of her other hotels including the new Whitby Hotel in Midtown. The hotel looked like nothing else in Manhattan when it opened. Following a subtle but clever refreshening of the guest rooms and public spaces, the Crosby looks even better.

Keep in mind: Rooms aren’t quite as large as you’d expect for a hotel at this level of luxury – and price. 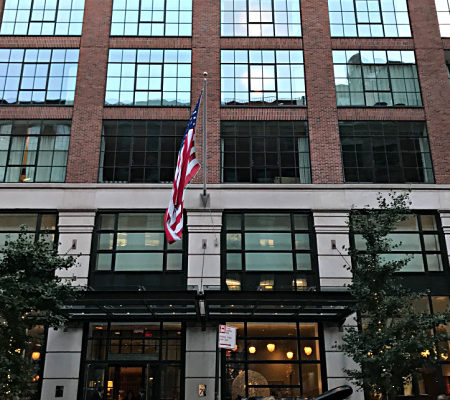 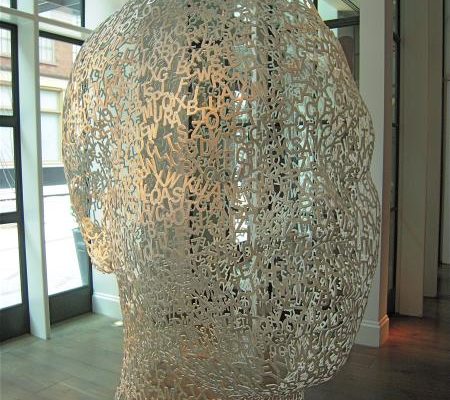 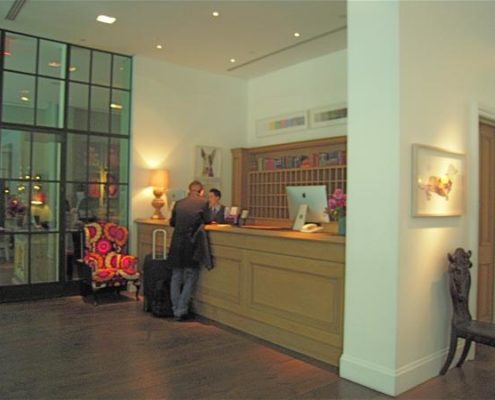 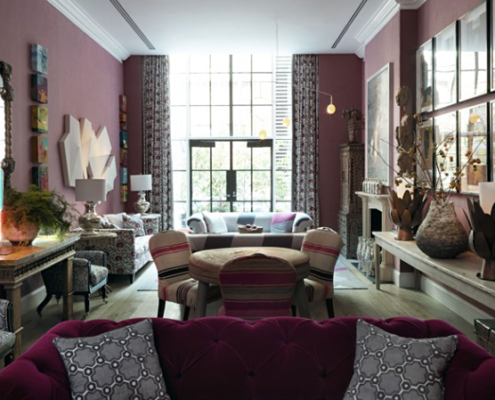 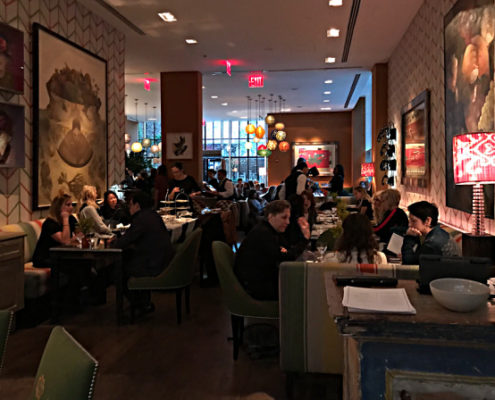 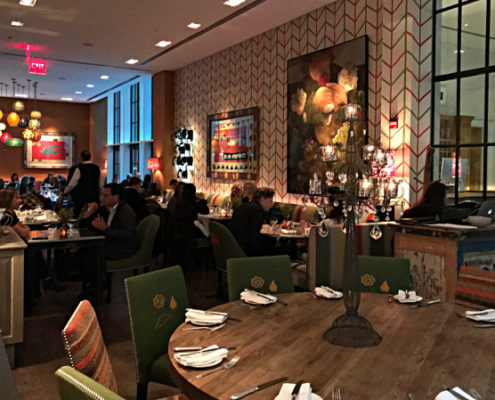 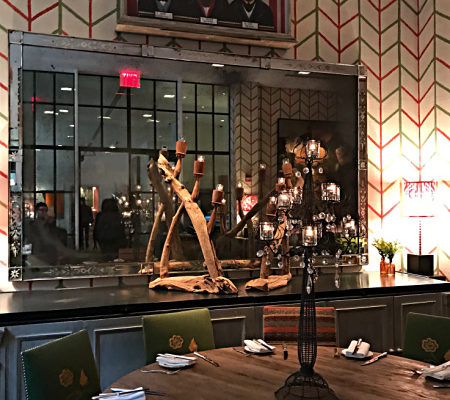 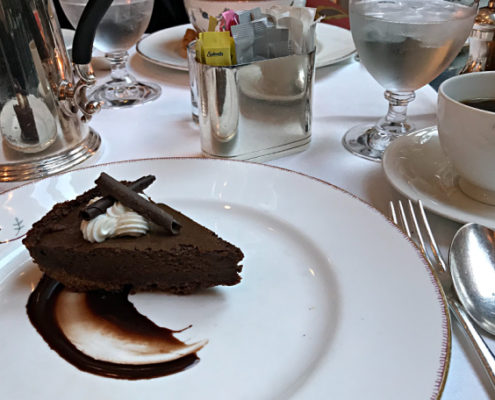 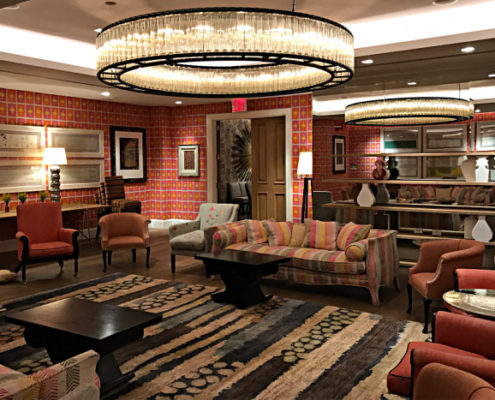 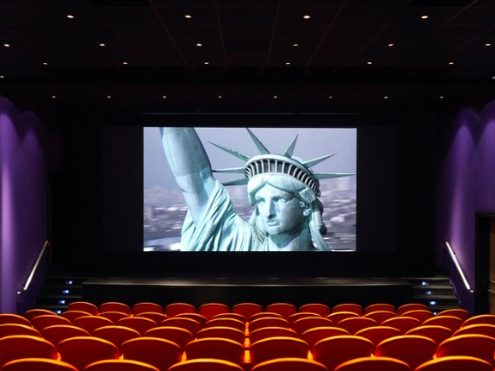 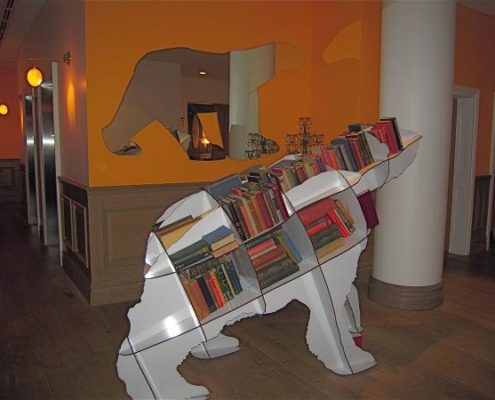 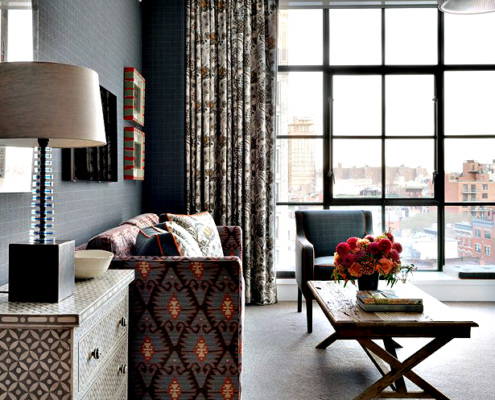