At a glance: The Greenwich Hotel, a one of a kind with 88 rooms and an independent attitude, has a lot to recommend it.

Step inside this unassuming brick building with an industrial air, and you’re enveloped in a Tuscan-inflected villa with a patina of Tribeca cool.

It’s comfortable. The spacious living room boasts velvet sofas and leather club chairs where you can plop down and survey the artfully mismatched surroundings — Tibetan silk rugs here, towering potted plants there. Gaze up, and you’re looking at a stained glass skylight that replicates a starry night.

It’s clubby. The public rooms, which also include a drawing room warmed by a wood-burning fireplace and an adjoining courtyard, are off limits unless you’re a guest, the ultimate 21st-century luxury hotel perk.

And parts of the hotel are drop-dead gorgeous, notably the moody spa that incorporates a 250-year-old farmhouse shipped from Kyoto. The pool is lighted by lanterns.

But to me, what summed up the spirit of the Greenwich was the avalanche of nostalgic nibbles that greeted me in my room. Besides a plate of homemade moon pie cookies, there was Fiji water, a basket brimming with Cracker Jack, Twizzlers,  Jujifruit and Tates Cookies and a bowl of trick-or-treat booty: bite-size Snickers, Milky Ways, Reeses Peanut cups and jawbreakers, all comp. A small gesture, but it announced that the Greenwich understands that true luxury is not being nickel-and-dimed for a bag of pretzls.

Opened in 2008, the Greenwich appears timeless, a testament to its quiet, trend-free beauty and the decorating skill of Christian Garnett and Ian McPheely of Grayling Design. I like its mix of quirks — leathery comforts like the big, enveloping sofas and dark, masculine woodwork, softening details like fresh flowers and personal touches the colorful abstract sitting room paintings by Robert De Niro, Sr., a student of German-born colorist Josef Albers and father of the actor, who owns the hotel.

Given its cultivated privacy, heady price tag and movie star pedigree, the Greenwich is a magnet for celebrities who want to stay under the radar. Photography is prohibited in public spaces. (Yes, we took the pictures you see here but didn’t photograph guests, celebrated or otherwise.)

But thanks to Locanda Verde, the hotel’s rustic Italian restaurant, the hotel is also a neighborhood hangout. The Greenwich reminds me of a classic townhouse hotel with a singular vision, a homey feel and an exotic quirk or two . London is full of them. New York isn’t. That alone makes the Greenwich special.

Rooms: My room overlooked a brute brick apartment on Greenwich Street, but inside we were in country Tuscan mode. A long hall passed a spacious Carrera marble bathroom and an ample closet (curtains backed the windows on its doors) before opening onto the main event, a sleep space that was comfortable but not large. A curvaceous sofa in front of the window and a small desk tucked under a built-in bookcase served as back-up to the showpiece, a handsome wood-framed queen-size bed backed by a brown leather headboard and outfitted with a heavenly Duxiana mattress. With a high ceiling, unpolished wood floor, architectural moldings and fresh paint, the room evoked the 1920s without 90 years of wear and tear.

Service was silky. Just before six, a housekeeper in black pajamas arrived for turndown. She turned on the bedside lights, deposited a large glass bottle of the house water on each night stand and placed a white cotton bed mat and a pair of slippers tied with green Greenwich Hotel ribbons on each side of the bed. I had a broken wrist, and when I asked for a plastic bag to cover it in the shower, she gave me a thick roll of bags. “Take it,” she said. “And take care when you go outside.”

Surroundings: Named for the street where it stands, the Greenwich is in the beating heart of Tribeca, convenient to a mix of stylish restaurants, boutique shopping and the paved path that follows the Hudson, ideal for a scenic walk or run. SoHo, Greenwich Village and the Financial District are all nearby. So are subway stations and bus stops. And Ubers, Lyfts and taxis are easy to come by.

Back story: Built from the ground up in 2008, the Greenwich replaced a parking garage on the corner of Greenwich and North Moore streets. It rounds out a block of Tribeca properties that include Tribeca Film Center and Tribeca Grill owned by actor Robert De Niro, a partner in the hotel with his son Raphael and Ira Drukier and Richard Born of BD Hotels, whose properties include the Mercer, the Bowery, the Maritime and the Pod chain budget. The public spaces were designed by Christian Garnett and Ian McPheely of Grayling Design. Samantha Crasko of BD Hotels created the guest rooms. After an early restaurant misfire, Andrew Carmellini’s Locanda Verde took up residence in 2010, offering the Tribeca version of an easy-going neighborhood Italian restaurant (think meticulous/casual affluence).

Keep in mind: Being a guest doesn’t automatically get you a table at Locanda Verde on a Saturday night. 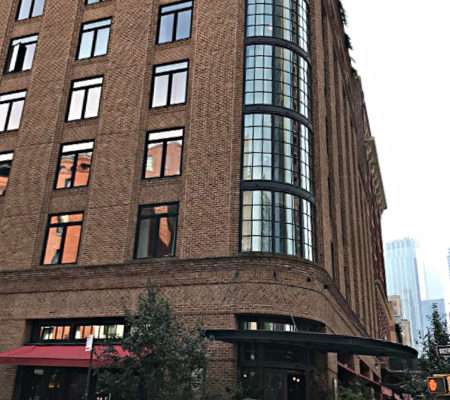 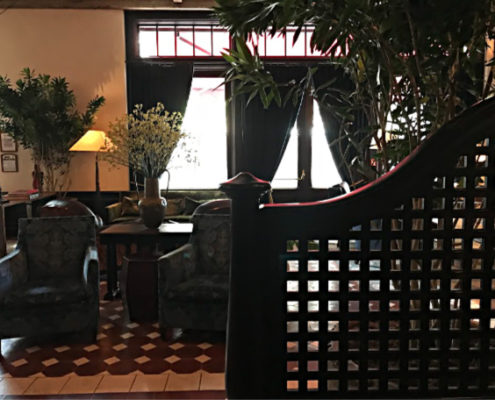 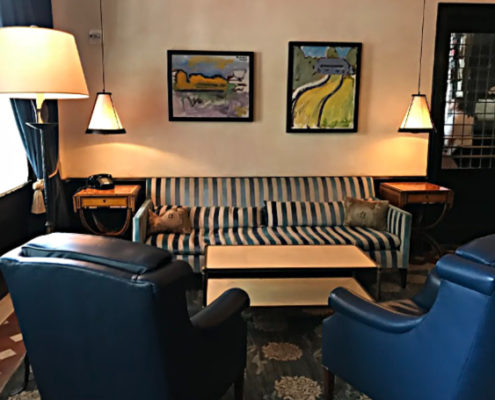 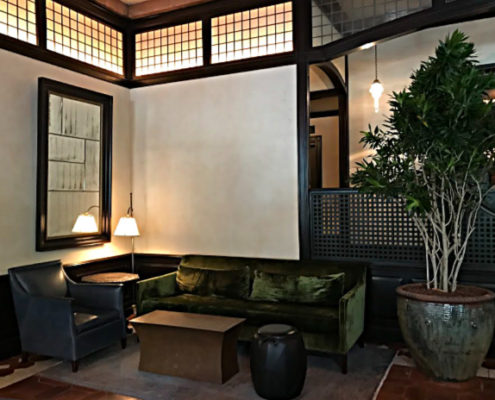 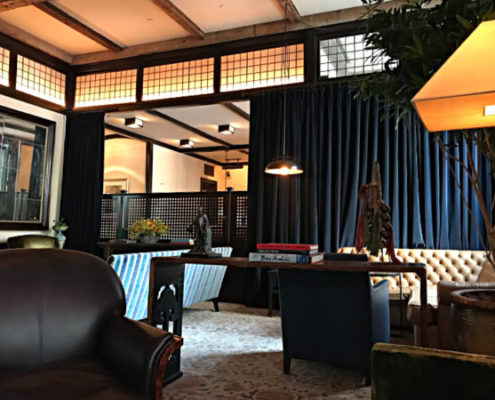 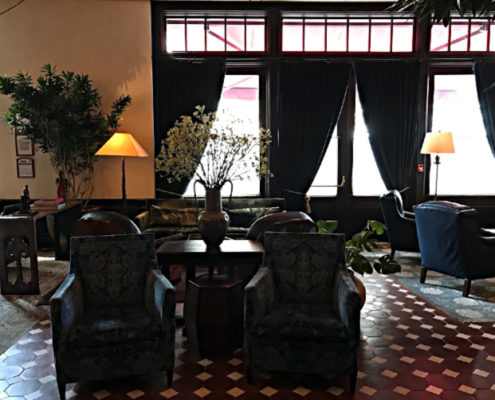 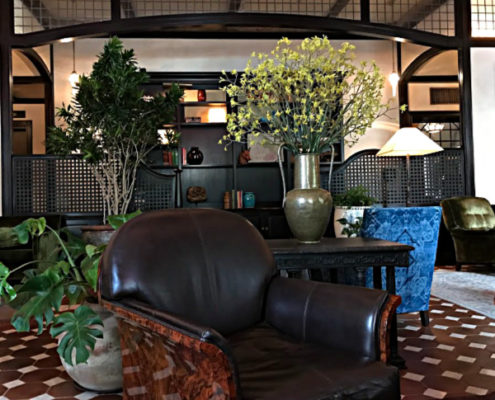 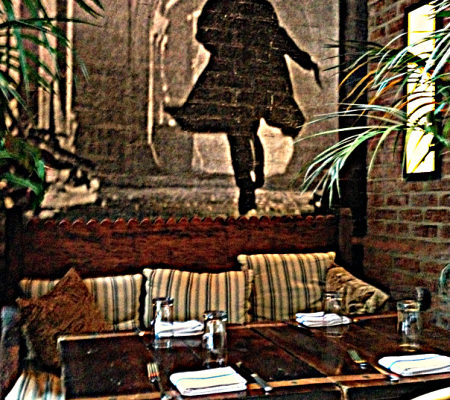 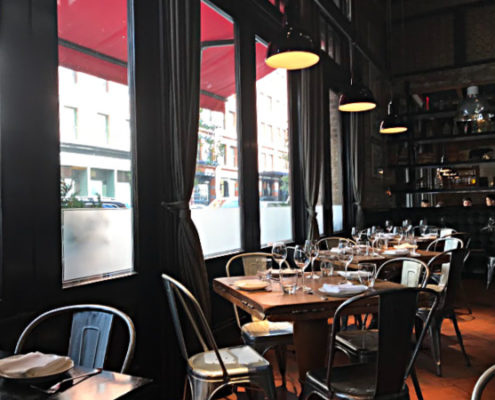 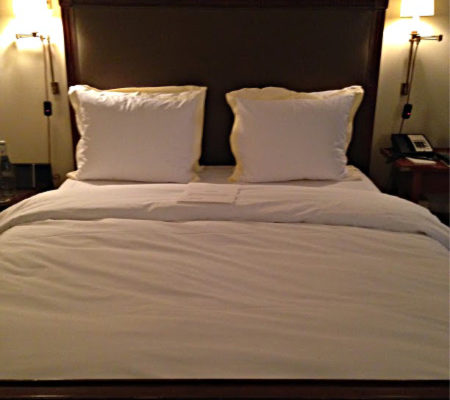 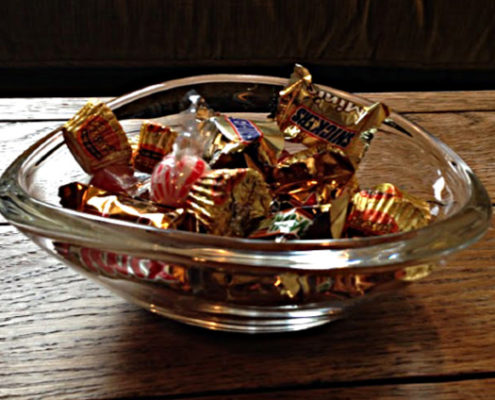 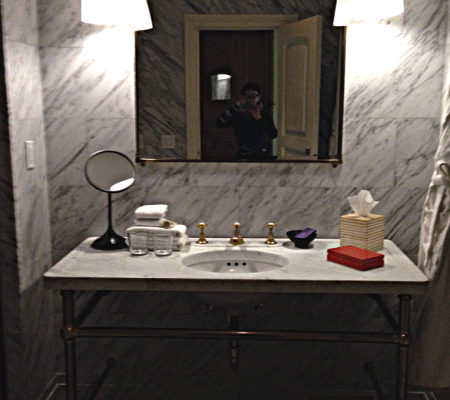 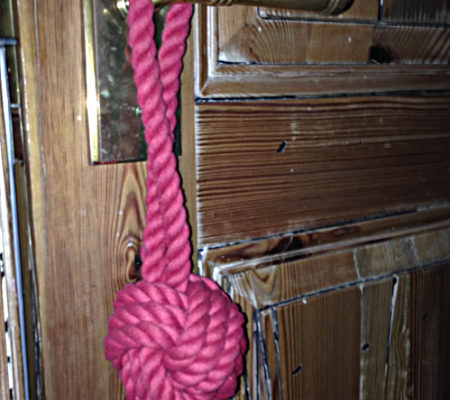 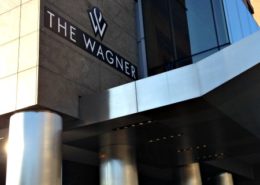