At a glance: The High Line Hotel has more in common with Hogwarts than the Holiday Inn.

Opened in 2013, it resides in a gothic red brick building that, in less secular times, served as a dorm for the General Theological Seminary (in 2007, it became a no-frills hotel, the Desmond Tutu Conference Center). It overlooks a classic collegiate quadrangle that feels like a parallel universe. And following a major renovation begun by hotel designers Roman & Williams (Ace, Royalton), the interior — 60 rooms and a lobby coffee bar, to date — complement the surroundings and are frill-free no more.

The retro-inflected lobby is snug but inviting. The iPad check-in is paperless and deskless, and a branch of Chicago’s Intelligentsia Coffee gobbles up much of the space (yes, you can sit on the rare occasions a sofa or side chair becomes available). Better still is what’s out back. Enclosed by more than a dozen historic buildings — the oldest from 1836 and nearly all designated as landmarks — the grounds keep the city and the 21st century at bay, as least for the duration of a stroll.

Rooms: As befits a former dorm, rooms come in a variety of sizes and shapes, from snug to palatial. We saw one of the latter, and it was charming, less like a hotel room than the lair of an eccentric relative with an eye for antiques and a fondness for reading. A bit precious, in other words, but intriguing. A black rotary dial phone stood on the nightstand beside the king-size bed. And on the desk, an old-style embosser was at the ready should the urge strike to write a letter (the paper and ink kind). Antique oriental rugs covered the hard-wood floor – discovered when the old wall-to-wall carpeting was uprooted. And a sitting area featured custom-made furniture, including a pink leather club chair.

The large windows overlook the close, a serene sea of green. There’s also a (nonworking) fireplace and a cabinet topped with a modest library of vintage books. The bathroom was more functional than stylish, with a tub/shower combo and not much space. But the room itself reminded us of the clever house hotels we stayed at in London a while back, the cozy kind where you longed to curl up with a book, a drink and a daydream.

Food and drink: Minimal but nice if you like coffee. The hotel lobby features the first East Coast branch of the Chicago brew with the down-home name, Intelligentsia Coffee. (For coffee fiends, Intelligentsia pour-overs use Wave drippers from the Japanese manufacturer Kalita.) The bar also features a smart selection of freshly baked cookies and breakfast breads. Coming soon: a warm-weather cafe in the front courtyard.

Surroundings: As you’ve no doubt surmised from the name, the elevated HIgh Line park is a block away – and visible from some of the rooms. Though the hotel is a lot closer to the Hudson River than the nearest subway stop, the hotel is in the heart of Chelsea – the cool part, not the Garment District. It’s a not far from the Joyce Theater, which specializes in Modern Dance, Chelsea’s contemporary art galleries and Chelsea Piers, the uber-sports facility. The Meatpacking District is a short walk away (hop the High Line for the most scenic stroll) as is Greenwich Village’s western reaches. Points downtown are easily reached by subway or bus as are midtown and uptown’s western reaches. The nearest subway stop is 4 long blocks away. But the crosstown bus stops is two blocks north.

Back story: The General Theological Seminary dates from 1836, with a panoply of buildings constructed throughout the late 19th- and early 20th centuries. The grounds are gorgeous. But as enrollment dropped, the seminary found it necessary to sell off some of its buildings. One of the old dorms became the Desmond Tutu Conference Center hotel in 2007, an efficient, no frills property named for the former GTS visiting professor and freedom-fighting archbishop. The hotel was bare bones — a nice, clean, no-frills budget stop. (With geothermal heating and cooling and eco-friendly cleaning products it was one of the greenest hotels in town.) But as Chelsea got hipper — and the High Line arrived in 2009 — the Tutu Center proved too modest for its white-hot neighborhood (and irresistible to a high-concept developer). The new, much hipper High Line hotel opened in May 2013.

Keep in mind: Elevators are s-l-o-w. Rooms facing the street can be noisy. 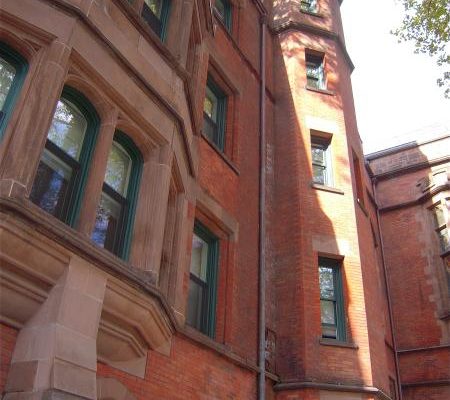 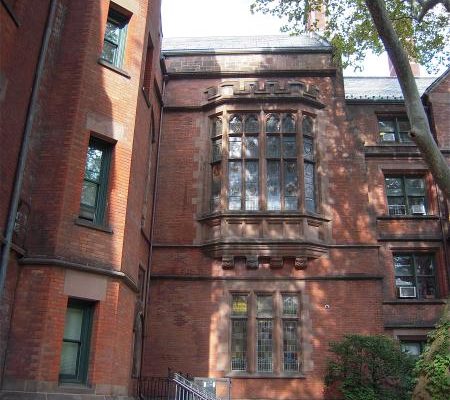 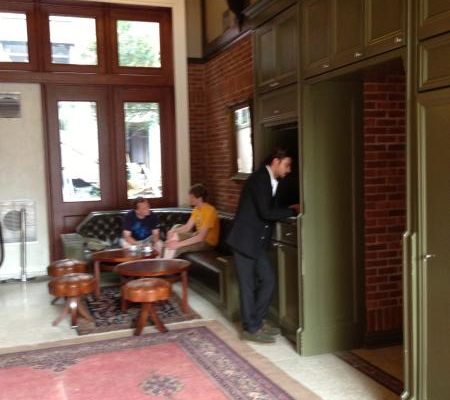 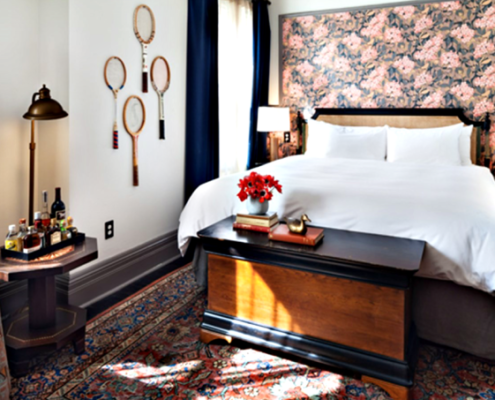 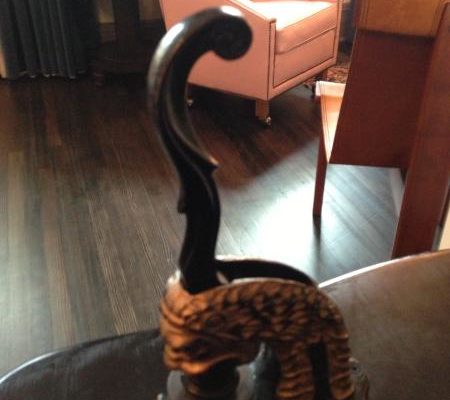