At a glance: Ever wondered what it’s like to wake up in a plush Manhattan apartment across the street from Central Park? With 189 silky rooms tucked inside a luxury apartment tower, the Pierre gives you the gist.

Like the Gershwin songs it embodies, this Jazz Age tower is stylish, polished and not as stuffy as you might expect.

Quiet, too. Even when a wedding or partners’ dinner spills out of the ballroom, the mood is serene, the pace unhurried.

Following a grand-scale renovation the hotel reopened in 2009 with a high-tech climate system, 21st-century wiring and new guest room bathrooms, many enlarged. It’s been on top of its game ever since.

With a well-chosen collection of paintings and sculpture by modern Indian artists, the swanky black and white lobby presents a compatible marriage of the Pierre’s Art Deco origins with the esthetics of the hotel’s current management team, India’s Taj Hotel Group. It’s not a lobby for hanging out, though well-placed velvet club chairs invite you to sit, at leasts briefly, and watch the passing mix of well-heeled international travelers, residents (sporting a dog is a giveaway) and faces you know (I spotted political consultants James Carville and Mary Matalin on their way to a dinner).

Afternoon tea – and drinks – are served in Two East, a glamorous, windowless black and white bar carved from offices and the hotel library. And the Rotunda Room is once again a show-stopper following  a 2016 restoration. Edward Melcarth’s murals of 1960s society figures (Jacqueline Kennedy is instantly recognizable) never looked better. You can seem them over drinks and dinner.

The two suites I saw were large, gracious and felt more like Fifth Avenue apartments than hotel rooms (besides a kitchenette, one included a sprawling terrace crying out for a cocktail party with sculptures, planters and a sliver view of Central Park).

Both suites, dressed in soothing shades of pale blue, celadon and cream, had separate seating rooms with plenty of room for a sofa and wood-frame side chairs adorned with silk pillows. A king bed flanked by polished wood tables anchored the roomy light-filled bedrooms. In one the flatpanel TV stood on an antique veneered table. Bathrooms, enlarged during renovation and clad floor to ceiling in polished oatmeal-colored marble, are lovely with a stall shower, soaking tub and flatpanel TV. Modern Indian paintings and prints adorn the walls.

The standard room I saw, one of the hotel’s smallest, was beautifully appointed but not very big. A long, narrow hall let to the sleeping area whose large window overlooked a dark courtyard, not Central Park like the suites. Though the marble bathroom sparkled it was snug with a stall shower but no tub. In other words, a very nice place to park the body guards or baby sitters while the family, CEO or prince, takes the suite.

Cool detail: Mattresses specially made for the hotel by Sealy are a mix of bamboo and silver steel.

Surroundings: The Pierre perches on Fifth Avenue across from Central Park – it doesn’t get much more blue chip than this. The Central Park Zoo is steps away as is Wollman Rink for ice skating. The Plaza Hotel with its shops and food court is also nearby. Shopping is tip top. Barneys is around the corner and Bergdorf-Goodman, Tiffany & Co. and assorted heavy-duty designer boutiques are close by as is the Paris Theater, one of New York’s last single-screen theaters (compete with a balcony). The area is filled with excellent if pricey restaurants. Lincoln Center is straight across the park, easily reachable by taxi or cross-town bus. Museum row – the Metropolitan Museum, Guggenheim, Frick Collection, etc – is straight up Fifth Avenue. Bus stops are directly across the street, and a subway stop is around the corner. And taxis, of course, prowl Fifth Avenue.

Back story: Named for Pierre Casalasco, its first managing director, this 41-story Georgian-inflected building stands on the spot once occupied by the mansion of Commodore Elbridge T. Gerry, grandson of a signer of the Declaration of Independence. Architects Shultze and Weaver designed the hotel in the style of a French chateau. Unfortunately, opened in 1930 on the heels of the 1929 stock market crash. Within three years, the 700-room hotel, fashioned “to create the atmosphere of a private club or residence instead of the average hotel atmosphere,” was sold at auction.

Casalasco stayed on as manager until his death in 1934, and the hotel proved popular with New York society. Still, Depression prices allowed John Paul Getty to buy the hotel in 1938 for a mere $2.5 million, less than one-fifth of its nominal value.

In 1950, the hotel was the first in New York with radios and television sets in every room. Nine years later, the Pierre became a cooperative, with the lion’s share of the rooms – including those with the best views – snapped up by the permanent residents. The rest of the rooms continued to operate as a hotel. Various management companies oversaw the property, including Britain’s Trust House Forte and Four Seasons, which oversaw a $15 million renovation in 1981.

By 2005 the hotel looked worn and outmoded. Under the management of India’s Taj Hotels Resorts and Palaces the Pierre closed for renovation, reopening in 2009. While the hotel itself has flourished since then, a parade of restaurants has run through this prime Fifth Avenue perch, starting with an ill-fated American branch of London’s iconic Le Caprice that lasted less than two years. New York restaurateur Siro Maccioni took over next ( the space is shaped aptly like a strand of spaghetti)  La Dolce Vita-meets-Jet-Set browns and creams — and Tuscan-inspired dishes cooked. Though briefly a lively East Side society lunchtime canteen, it eventually languished, and in March 2016 it reopened as Perrine.  Lightly redesigned — and brightened — into  casual-elegant white tablecloth dining room and bar under the guidance of India-born chef Ashfir Biju, it serves French-inflected food.

Keep in mind: Though the hotel overlooks Fifth Avenue and Central Park, the privately owned condominiums that comprise the bulk of the building score the best views. 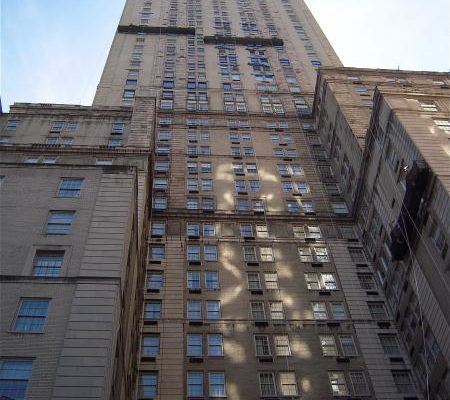 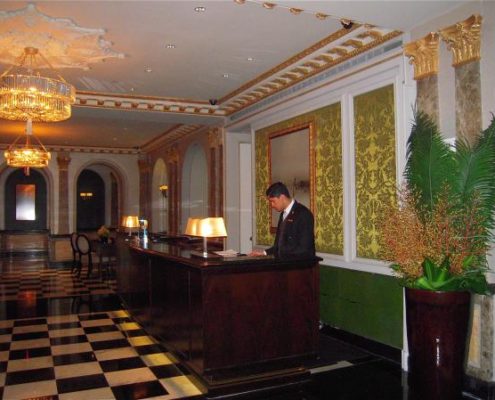 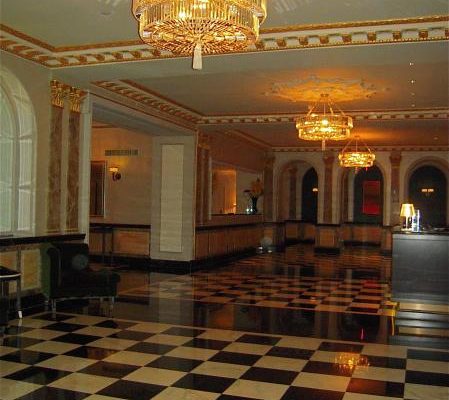 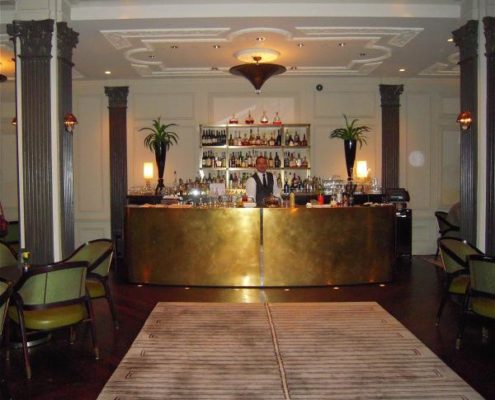 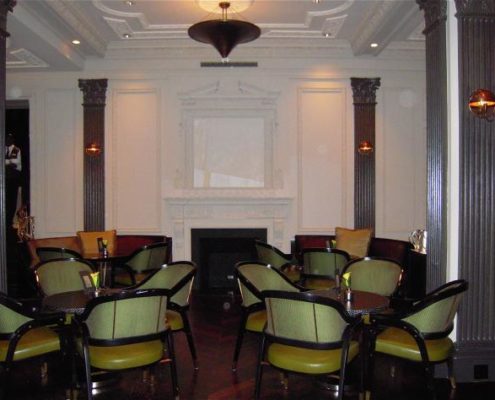 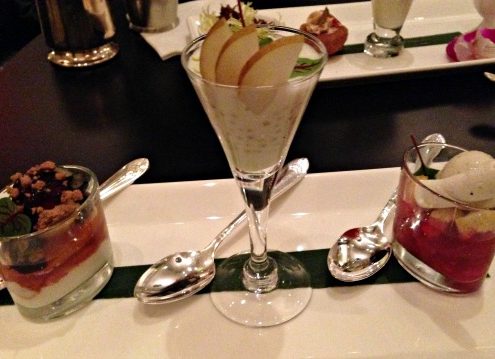 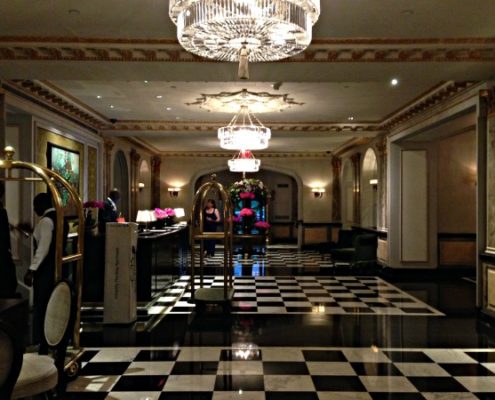 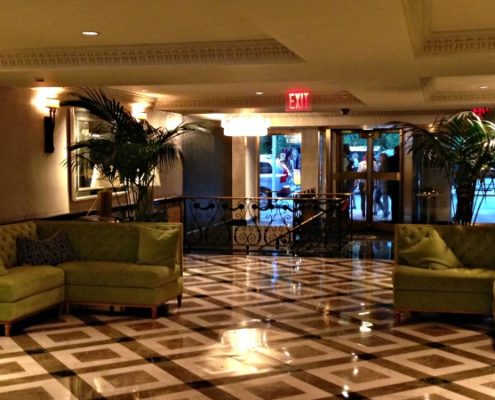 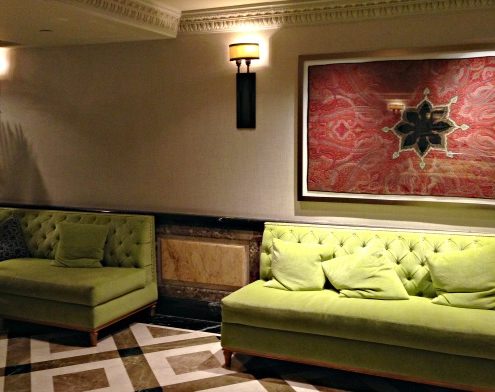 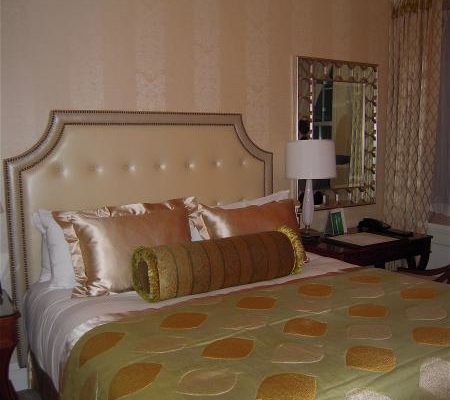 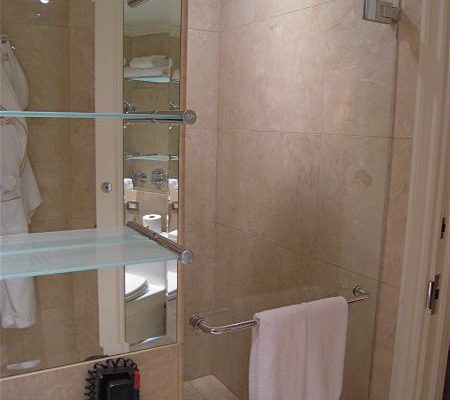 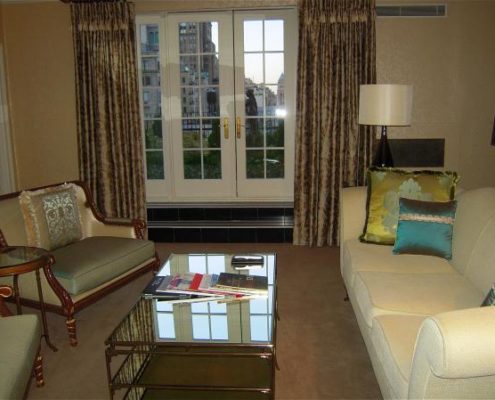 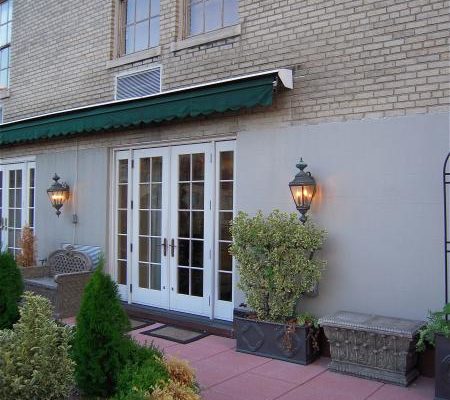 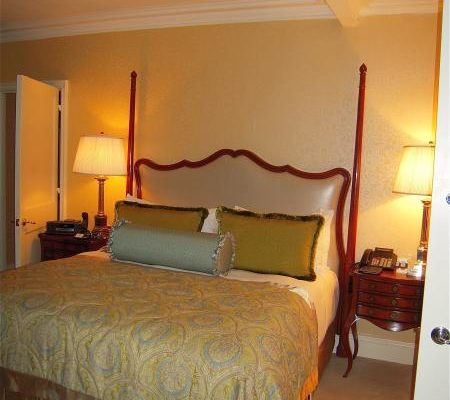 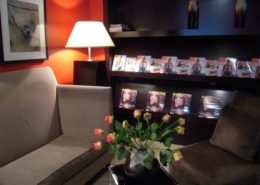