If all goes as expected, The Plaza Hotel — overnight home to Christian Dior, Frank Lloyd Wright and the Beatles, backdrop to movies like North by Northwest and Crocodile Dundee and playground for the impish Eloise — is about to change hands once again for an eye-popping $600 million. It’s just not clear who the new owner will be.

Just over a week ago it looked like Fifth Avenue’s ultimate trophy hotel would soon belong to Shahal Khan, founder of Dubai-based White City Ventures, and Kamran Hakim of the Hakim Organization, which has the dubious achievement of being number 26 on New York City’s list of 100 worst landlords. The current owners are the India-Based conglomerate Sahara Group, which hold 70 percent, and hotelier Sant Singh Chatwal, who has 5 percent. The sale is set to close June 25. 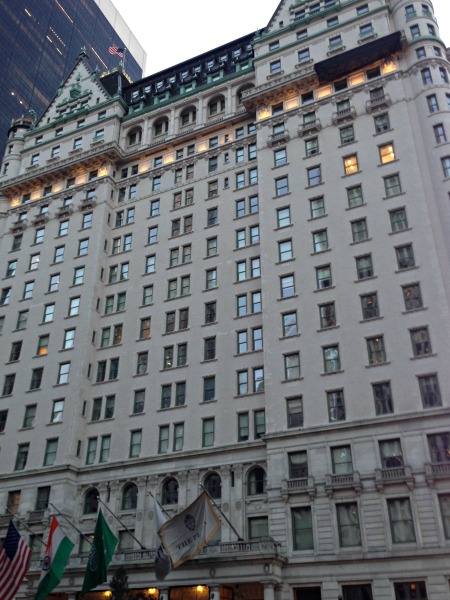 But not so fast. Last week the hotel’s minority shareholders Ashkenazy Acquisition Corp. and Saudi Prince Al-waleed bin Talal’s Kingdom Holding Company exercised their right to match the Khan-Hakim offer. With the ball in their court, Askenazy and the prince have two weeks to come up with a deposit and proof or funds, according to Bloomberg News.

As Fifth Avenue’s ultimate trophy hotel, the Plaza has had a parade of owners over the years, including high-profile individuals like Conrad Hilton, who paid $7.4 million for it in 1943 (about $107 million in 2018), and Donald Trump, who lost it in a bankruptcy after paying Westin International Hotels $390 million for it (a throat-choking $825 million today).

Sahara Group and Chatwal purchased their shared majority stake in 2012. But soon after, Sahara chairman Subrata Roy was jailed for fraud and ordered to cough up several billion dollars to investors. Talk of a Plaza sale has swirled through international real estate and investment circles ever since. The chatter escalated last summer when Sahara hired a broker, indicating they are serious about selling. While potential buyers like hip hop musician Pras Michel, the Grammy-winning co-founder of the Fugees, grabbed attention, Khan and Hakim got down to business. 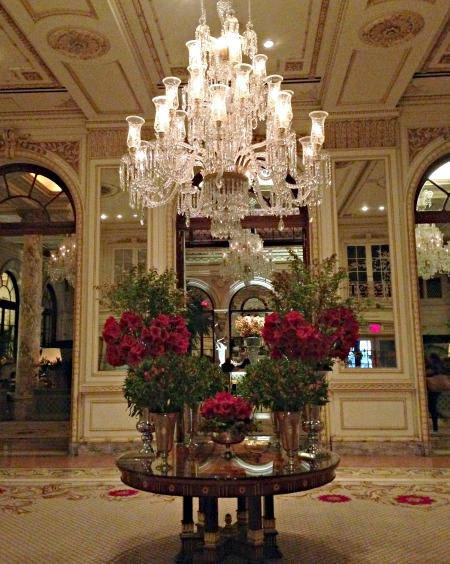 Fresh flowers in the lobby

So did Ashkenazy. No stranger to high-profile properties, the group’s portfolio includes Boston’s Faneuil Hall, the Grosvenor House in London and Boston’s Fairmount Copley Plaza, the latter two purchased last year from Sahara. Last May they acquired a controlling portion of Prince Al-waleed’s minority stake in the Plaza, knowing that it came with the right to match any bid for the rest of the hotel.

Askenazy appears serious about grabbing the prize. Last week company president Michael Alpert told The New York Post of the firm’s plans to “restore the splendor of The Plaza,” a blueprint that includes redevelopment of 100,000 continuous square feet of retail. “We are actively working with leading brands around the world to accomplish the transformation,” he said.

But Khan and Hakim have big plans for the Plaza, too. And they that don’t stop in New York. “The Plaza is very unique but has never been made into a global brand,” Khan told AFP. At the top of his list is a Plaza for the United Arab Emirates “by 2020.” 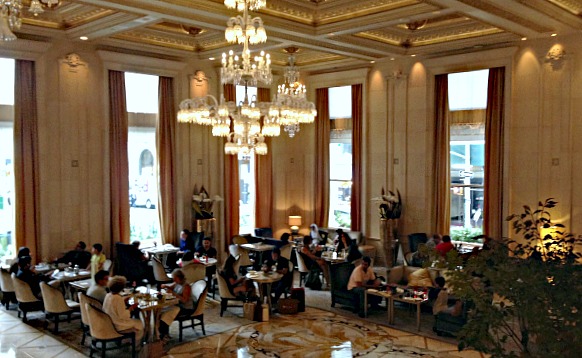 Champagne Bar at the Plaza

The Plaza could use some love, or at the very least, some focus, as I was reminded when I stopped by last week to see what $600 million can buy. It’s an odd duck of a hotel, an uneasy mix of cultural icon, landmarked architecture, cynical tourist attraction and aspiring top-tier lodging establishment with rooms starting around $800 a night during high season. These warring factions play out as you stroll through its beautifully restored public spaces, like the grand but chilly lobby, where a magnificent crystal chandelier is suspended above a table of fragrant flowers arrangements and you’re greeted by a phalanx of attendants who politely make sure you move along.

To be fair, the Plaza’s in-the-thick-of-the-beaten-track location and formidable fame make it a natural stop for visitors who want selfies with the full-length portrait of Eloise but have no plans to help keep the place afloat by checking in, taking tea in the Palm Court or throwing a wedding in the ballroom. It also explains why there are no places to sit in its cavernous halls without paying for a meal or a drink. Comparable midtown grand dame hotels like the Pierre, the Peninsula and the St. Regis offer lobby seating and ample public spaces where visitors can stroll freely but they don’t deal with a crush of gawkers clamoring to see where Home Alone 2 was filmed. Still, I wish the Plaza didn’t feel so brazenly transactional. 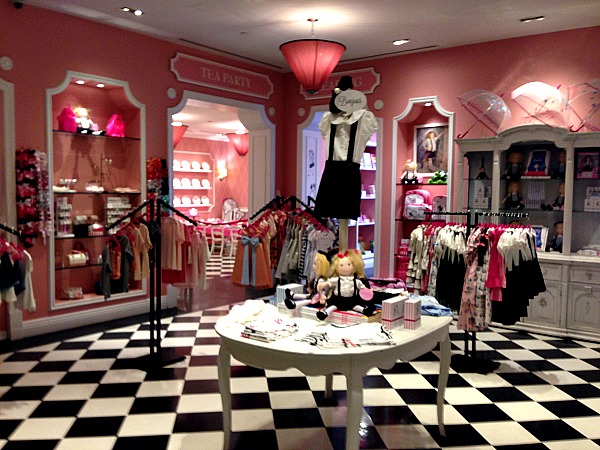 Following the $450 million 2008 renovation that turned a chunk of the building into luxury condos and trimmed the hotel to 282 rooms, public spaces shrunk to encompass the lobby, the wide carpeted hallway that circles the Palm Court and not much more. The storied Oak Room Bar where Cary Grant famously ordered a drink before being spirited away by kidnappers in North by Northwest has been shuttered since 2011. And a sign outside the Champagne Bar, the airy lounge that leads to the check-in desk, announces the room is for guests only.

You can waltz right into the adjoining Plaza shops on 58th Street, of course, where the pricey offerings include a vast Plaza gift shop and an Eloise boutique with a party space. The sprawling subterranean Plaza Food Halls house more than 20 places to grab everything from lobster rolls at Luke’s Lobster and sushi at Sabi to elaborate cakes at Lady M Confections. But though the halls flaunt Plaza’s signature twin Ps, they have an off-campus feel.

With that in mind, I headed to the Champagne Bar for a cocktail. (Tell the door attendant that you’re there for drinks or to visit the charming Phaidon Bookstore that overlooks the room, and they let you in.) I was alone, so I sat at the tiny bar with just six stools and enjoyed the floor show as a bartender in Plaza livery expertly mixed my “Imperial Plaza,” a blend of Blume Marillen Apricot Eaux-de-Vie, clover honey syrup, lemon juice and brut champagne. My $24 “signature cocktail” came with pretzels, mixed nuts and excellent popcorn in a three-bowl silver server. 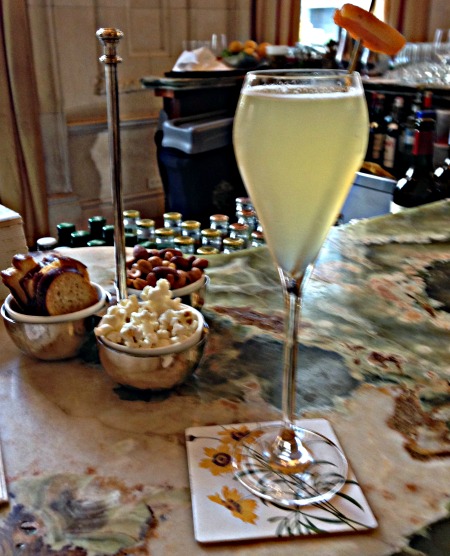 It was late afternoon, the sun shone through the high picture window behind the bar, and the pretty Edwardian room felt festive. I struck up a conversation with the woman seated next to me, in town on business from L.A. After seeing me devour the popcorn, the bartender produced a silver server with popcorn in all three bowls. The longer I lingered, the more the Plaza felt like The Plaza. Let’s hope whoever winds up buying this one-of-a-kind landmark has a winning recipe for recapturing its magic.

NYC Hotels Stepping Up To House Medical Personnel and Non-Critical Patients During Covid-19 Outbreak
Fresh Flowers — The Ultimate Hotel Freebie For All — At The Plaza
A Cameo Appearance by The Plaza in Amor Towles’ New Bestseller “Rules of Civility”
Where do Rock Stars Crash When They Play New York, Paris or Louisville, Kentucky? ‘Rock & Roll Hotels,’ a New Guide Book, Tells All
Was that the Tribeca Grand On View for a Blink in “Blue Jasmine?”
Why the Waldorf Astoria is Closing for Renovations, and Why You Should Stop By While You Can
2 replies

Sleep in a Green Room: What Are New York City’s Most Eco-Friendly Hot... “American Gothic” Made Him Famous, But Grant Wood Also Created Art...
Scroll to top