At a glance: It makes sense that Hudson’s sprawling lobby is on the second floor.

The slow ride up in the aging escalator, encased in a narrow, chartreuse passage that could be an entrance to a spaceship, helps acclimate you to the hotel’s brazenly eclectic appearance, weird and whimsical withexposed brick walls, a peaked, ivy-covered skylight and a colossal crystal chandelier updated with hologram light bulbs.

With multiple bars, a library with a pool table and a rakish attitude, this Philippe Starck/Ian Schrager-designed collaboration from 2000 is still quite a play space, even if it isn’t always the hip budget hotel it was designed to be (the hotel’s teeniest rooms veer from $179 to — gasp — more than $450 depending on availability).

There’s no place to sit in the lobby unless you count the two gloomy sitting rooms directly behind the check-in area. But keep walking past the crowd waiting for the elevators (lots of Europeans). Tables and silvery velvet armchairs punctuate the hallways, and the Sky Terrace serves up drinks, chaise tongues and 15th-fllor views of the Hudson River.

Nothing stays hip forever, of course. But Hudson Common, the cavernous, wood-lined burger and beer palace — locally sourced, natch — is informal and congenial. The 800-plus rooms look good if you don’t mind minuscule. And for a pioneering boutique hotel, Hudson still has plenty of mojo.

Rooms: Any way you measure them, rooms that range from 136 to 180 square feet are snug. But if snug doesn’t bother you, these smart little rooms are gems, pieced together like sleek burr puzzles with style to spare. And following a much-needed freshening, rooms look better than they have in, well, years. The redo kept the good stuff — the wood floors and bat-and-board walls in African makore wood and added clever new lamps by British x-ray photographer Nick Veasey. Also welcome are the gray and chartreuse striped blankets for a splash of color and flatpanel TVs. Bathrooms are still among the tiniest on the planet. Rooms are so tiny they call to mind ship cabins but in a good way. Think a place for everything and all will be well as long as you’re not claustrophobic.

Too teeny? Doubles and suites, big enough to have jauntily striped runners on the wood floors, are available but not plentiful.

Food and drink: Hudson boasts the latest outpost of L.A.’s lively Umami Burger chain. Opened in 2017 in the big, brick-lined space formerly occupied by Hudson Common, Umami bring Japanese details to Philippe Starck’s signature setting, a pleasing mash-up. Umami’s rick and savory burgers and fries are paired with craft cocktails, wine and beer. New for this outpost is the chain’s first breakfast burger, a must for a hotel.

2013 the hotel opened its latest incarnation of its restaurant, and this one seems like a keeper. Fashioned as a contemporary beer hall/burger joint mashup, Hudson Common features large communal tables outfitted with benches and wildly elaborate refectory armchairs and a casual air. Ceilings are high, walls are brick and the place usually rocks, especially evenings when a DJ spins. Open from breakfast on.

Drinks are available in the Library and the stylish rooftop bar, the Sky Terrace. The Hudson Bar, big and boisterous, has a glass floor lighted from beneath, a ceiling painted, Michelangelo-style, by Francesco Clemente and plenty of perches for people watching. The sprawling courtyard garden behind the check-in desk recently underwent construction and will reopen when the weather warms up and people want to drink outside.

Surroundings: The hotel is steps away from Central Park, Columbus Circle, the new Museum of Arts and Design and the sprawling Time-Warner Center, home to stores (Williams-Sonoma, Sephora), live music (Jazz at Lincoln Center) and restaurants (Bouchon Bakery, Landmarc, Thomas Keller’s perfectionist Per Se). Lincoln Center is a breezy six-block walk. Midtown shopping and office buildings, Times Square and Broadway theaters, the Museum of Modern Art and Columbia University are further afield but easily accessible. The subway and bus stops are nearby. And two hotels are all-but-next door — the Mandarin Oriental if you want to go posh (and drink in the Central Park views from the 35th-floor lounge) and 6 Columbus if you crave another cool hotel scene.

Back story: This big brick building was a YMCA residential hotel, built in the 1920s, before Philippe Starck and Ian Schrager got their hands on it in 2000. Not everyone had moved out when the hotel opened, as evidenced by the motley collection of window treatments we saw from the courtyard when we stayed here during its first week. Today those early residents are gone. And the redo was radical; all that remains of the previous incarnation are the room configuration and the bricks.

Keep in mind: Window air conditioners. Courtyard rooms can be noisy at night. Hudson has the looks of a boutique hotel but, with 814 rooms, it’s big and can feel like a grown-up dorm. And did I mention that the smallest rooms are really, really tiny? 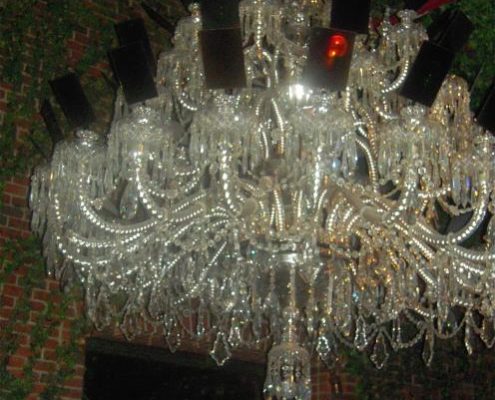 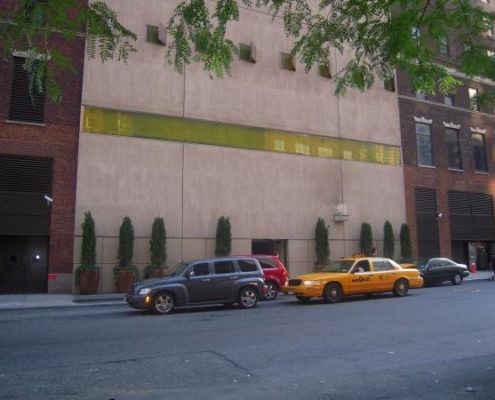 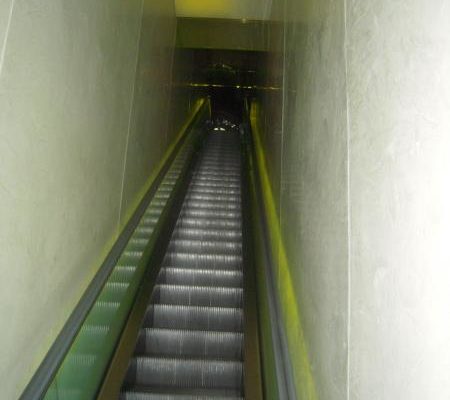 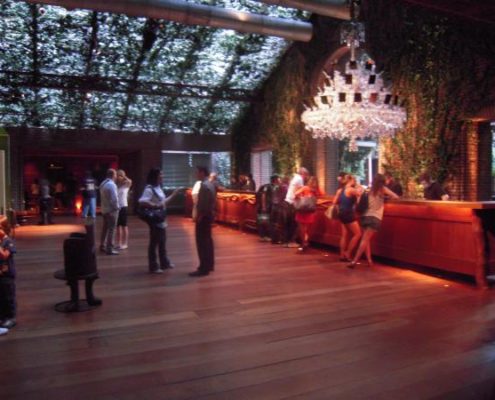 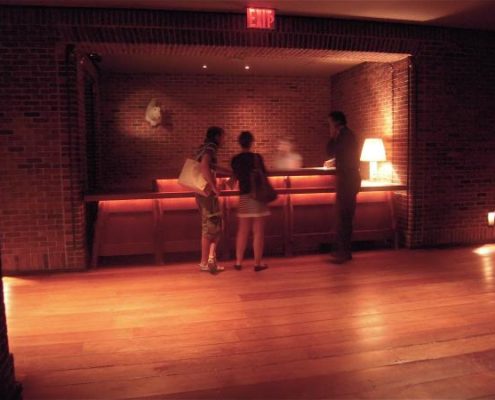 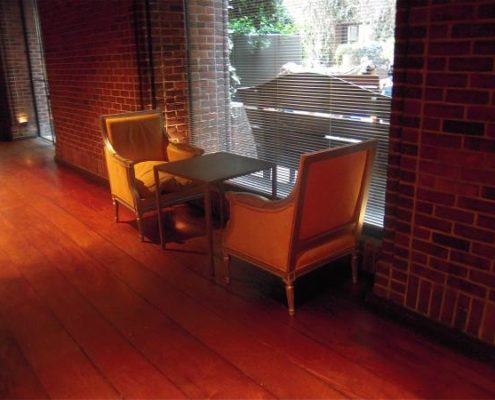 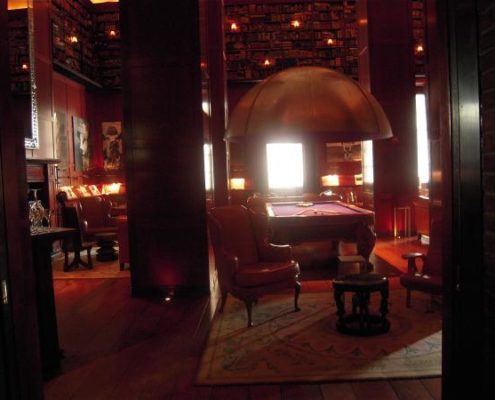 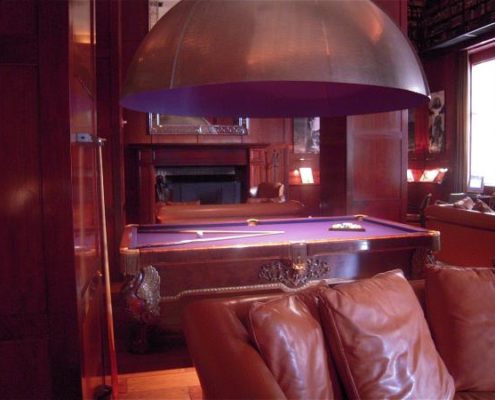 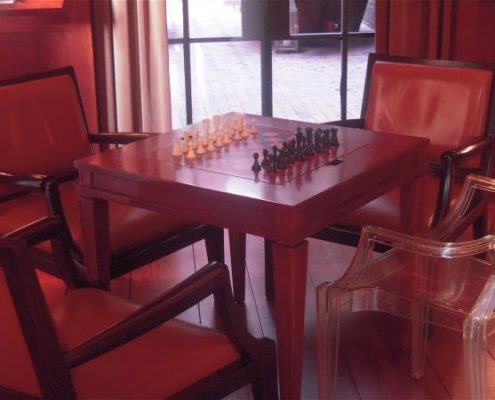 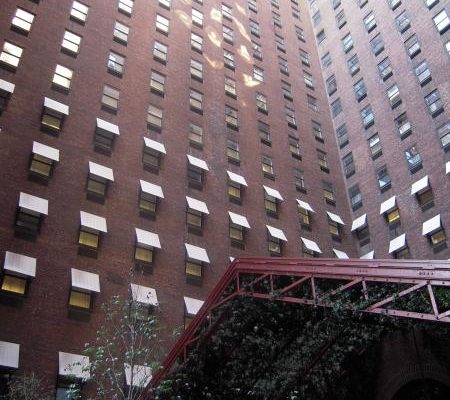 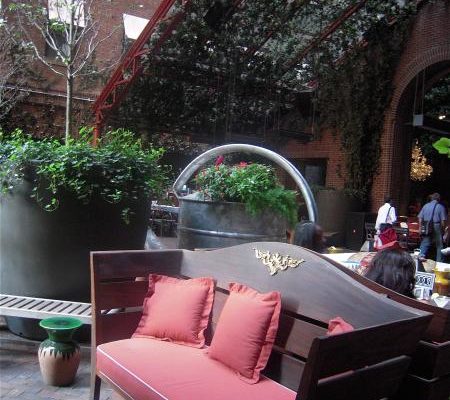 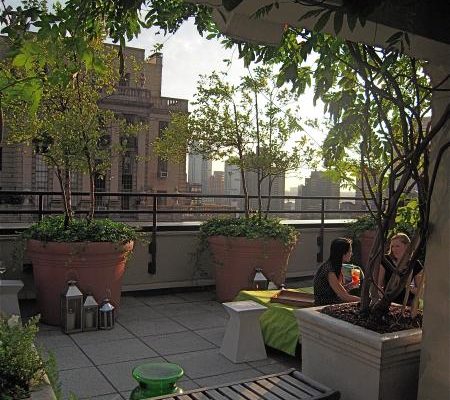 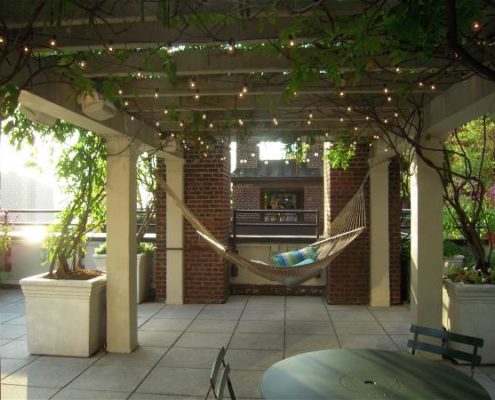 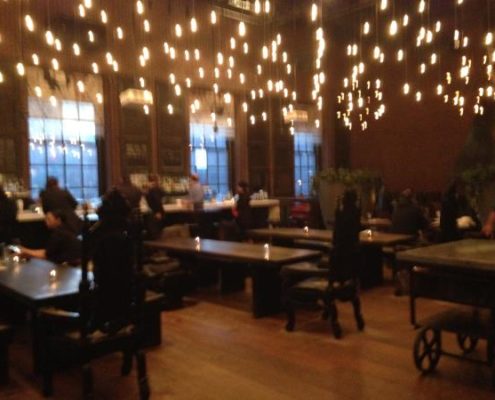 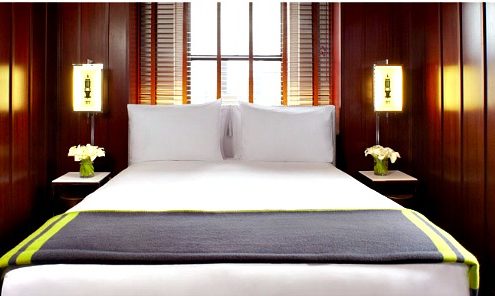