Just don’t expect the inside of the Andaz 5th Avenue to look like the venerable limestone pile that’s visible through it’s enormous Fifth Avenue windows. In keeping with the formula for the sleek Hyatt-without-mentioning-the-name business/lifestyle boutique chain, Andaz 5th is cool, contemporary and chic in a 21st-century way, more minimal than maximal, and just possibly the best Andaz of the bunch.

The white-on-white guest rooms designed by designer Tony Chi are elegant (or really spare, depending on your taste). That understated chic extends to the public spaces, which showcase luxurious materials like basalt and black-and-white-washed poplar and are practical and smart instead of cozy.

Like other nouvelle Hyatts including Andaz Wall Street, Andaz 5th guests are greeted by a staff member wielding a laptop and offering coffee, spring water or wine. The same person directs you to your room and, when the system works, calls you by name for the duration of your stay.

I like the Andaz all-in policy. Basics like mini-bar snacks and soft drinks, WiFi and phone calls are folded into the cost of the room eliminating add-on fees (is the airline industry listening?). It’s fun to pull a bottle of water out of the minibar and not think, “They’re charging me $10 for this?”

I also like the hotel’s LEED silver certification as a green building. True, it’s easier for new properties to achieve this status than old, but like much about Andaz 5th, it’s appealing and admirable. The hotel feels like the future. Bring it on.

Cool detail: The hotel grants Artist-in-Residence status to a lucky contemporary artist four times a year, a task that entails painting a mural on the doors of The Bar Downstairs – and a suite at the hotel to call home while on the job.

Food and drink: The good-looking Bar Downstairs and Kitchen serves breakfast and dinner with an emphasis on locally sourced foods from the Hudson Valley — trust us, a good thing. The look is woody, moody and comfortable. Menus change with the seasons. Drinks are stylish, au courant and potent.

Amenities: Like other links in the Andaz chain, the 5th Avenue is, as mentioned, user friendly: lobby water and coffee, minibar snacks and drinks (sans beer and hard liquor), WiFi, phone calls and newspapers are all comp. The fitness center is well equipped. C.O. Bigelow bath products. Pillow menu available on request.

Surroundings: An excellent lower midtown location directly across from the New York Public Library and Bryant Park. Times Square is a short walk away as is Grand Central Station. The Empire State Building is 12 blocks away. For shopping Lord & Taylor is steps away with Fifth Avenue haunts like Saks Fifth Avenue, Bergdorf Goodman and Tiffany & Co. up the street and Macy’s not far from the Empire State Building. Bus stops are nearby and it’s easy to zip down to Greenwich Village, SoHo, Chinatown and the Financial District. It’s equally easy to walk over to Madison Avenue and ride uptown to the Upper East Side, Museum Mile (the Metropolitan Museum, Guggenheim, Frick Collection and others) and Central Park. Subways are a short walk away.

Back story: Though you’d never guess from the inside, the building started out in 1916 as a department store – the last and largest of the Rogers, Peet & Co., to be precise, before becoming the global headquarters for Tommy Hilfiger. Public spaces are still a bit ungainly in places, as is often the case with re-appropriated buildings. But guest rooms have a loft-like feel. The Fifth Avenue hotel, New York City’s second Andaz and aptly, the chain’s fifth link, opened in July, 2010.

Keep in mind: Fans of minimalism will click best with the decor. 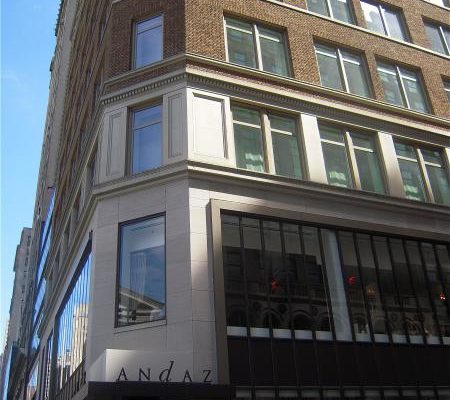 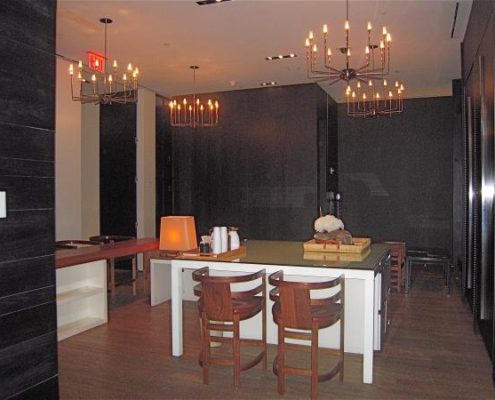 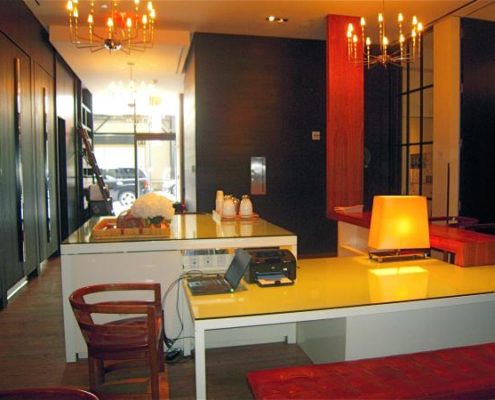 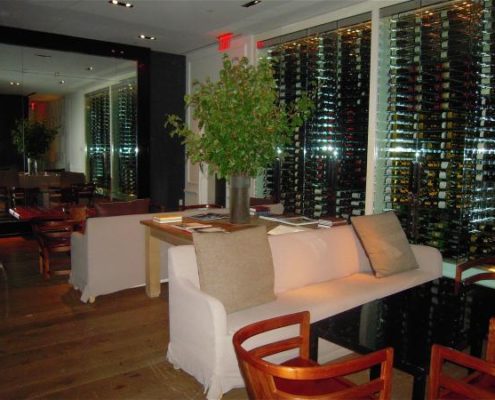 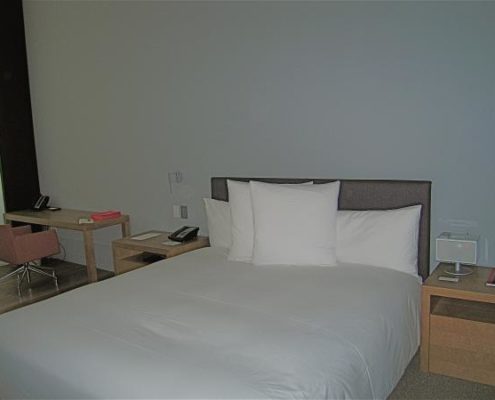 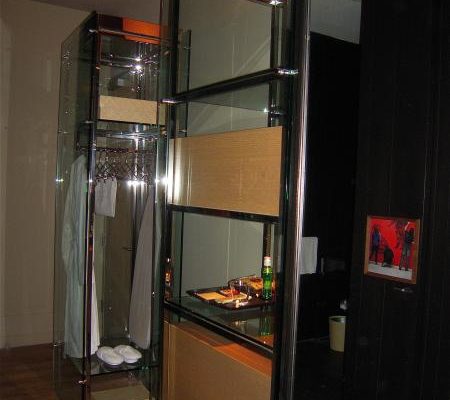 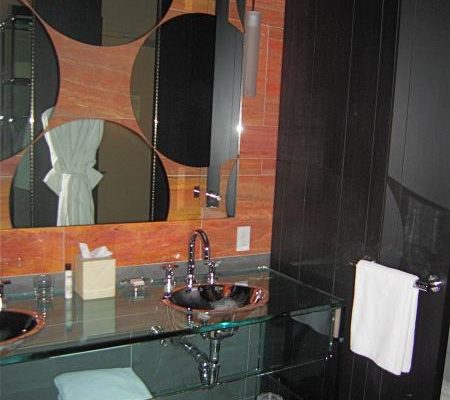