At a glance: After a dozen years as a Kimpton property, 70 Park Avenue joined Iberostar in 2016, the Mallorca-based chain with hotels throughout Spain and Latin America. Changes occurred, including the elongated name.  The nightly Kimpton wine hour is history as are the breakfast room and the free Simon & Schuster books you could download. But you’ll see a more international crowd and can indulge in free WiFi. And the hotel, renovated smartly in 2018, looks confident and fresh with a colorful new look in the lobby and soothing if generic hues in the guest rooms.

I like hotels that reflect the style and spirit of their surroundings, and Iberostar 70 Park Avenue is so in tune with the ‘hood it’s named for its address.

The new look is transitional – design-speak for the middle ground between stuffy traditional and edgy modern. In other words, comfortably chic but less-than-informal as you’d expect on Park Avenue, even if this portion is below 42nd Street and more commercial than Park Avenue North.

For a midtown hotel in the thick of things – Grand Central Station and the Empire State Building are a short walk away – the hotel exudes the homey feel of an apartment building (albeit one with really tiny rooms).

Enveloped in creamy white, the lobby is energized by strategic splashes of humor (note the Groucho Marx pillow on a sofa) and red. I love that the seating alcove in the back features a sunny yellow banquette and small side tables, an invitation to grab a complimentary fruit-infused water or a take-out coffee (the hotel doesn’t have a restaurant or bar) and curl up for a chat.

Indeed, what you see is pretty much what you get. But if a great lower Midtown location, a neighborhood vibe (some rooms overlook treetops), a spacious sitting area and peace and quiet in a noisy city are what you want, Iberostar could be for you.

Rooms: In tune with the contemporary-but-classic lobby,  the hotel unveiled renovated rooms in 2017.

Full- and queen-bed rooms are extremely small (from 225 square feet) but nicely turned out with ivory white walls, industrial-inflected bedside tabes, stylish desks and Venetian blinds (upper-floor rooms overlooking 38th Street get plenty of light). I like the artfully mismatched throw pillows, one yellow, one blue, on the white, plentifully pillowed beds.  Bathrooms are small with tub/shower combos.

Ask for a front room with a view of the Chrysler building.

Food and Drink: Nothing in house, but the area is packed with restaurants and coffee shops. You won’t starve.

Surroundings: Quiet — and deserted at night. The area south of 42nd Street is a motley mix of office buildings, furniture stores and apartment buildings. Grand Central Station, the New York Public Library, Times Square and the theater district and the Empire State Building are nearby, and the hotel’s location near Grand Central Station makes access to Midtown, Uptown and Downtown easy. Appealing restaurants are a short walk away. So are the subway station and bus stops.

Back story: The hotel was built in 1928 and thrived for years as the Doral Park Avenue, part of the now-defunct Doral chain of mid-price Manhattan hotels. (The neighboring St Giles Tuscany on East 39th Street occupies a former Doral.) Following a major retrofit, 70 Park Avenue opened in 2004 as Kimpton’s first New York City foray looking stylish and inviting and serving wine in the evenings. In a short-lived deal with Simon & Schuster’s Atria Books, the hotel let guests download free e-books of New York Times bestsellers. In 2016 Kimpton departed and as mentioned above, 70 Park Avenue is now part of Iberostar, a chain of hotels mainly in Spain and North America. Tennis fans have no doubt noted the white Iberostar cap Rafael Nadal’s Uncle Toni Nadal often sports.

Keep in mind: Rooms on low floors can be dark. There’s a charge to store bags after check-out. 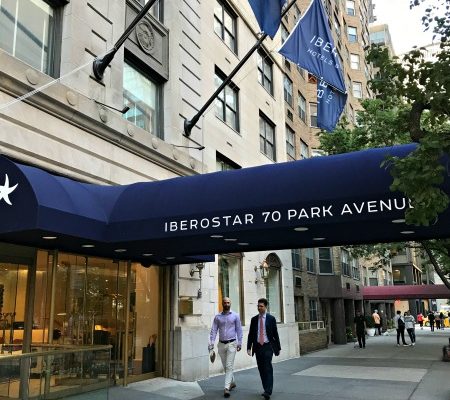 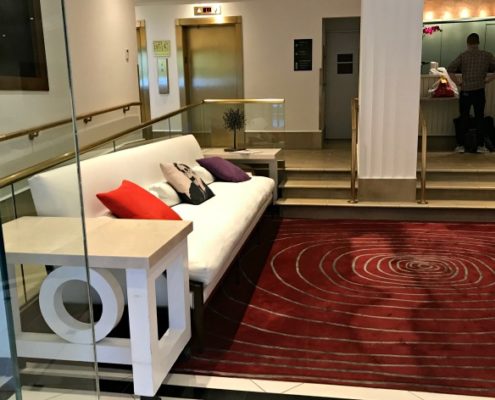 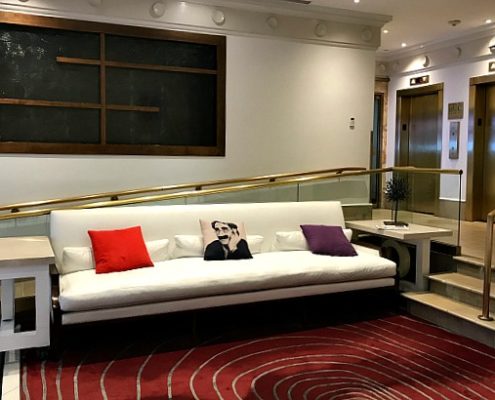 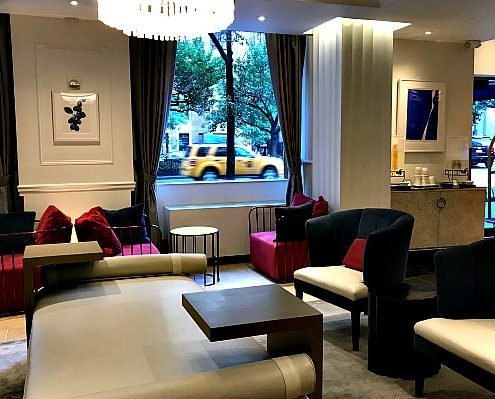 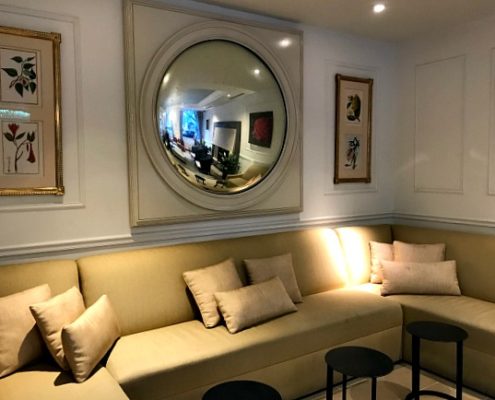 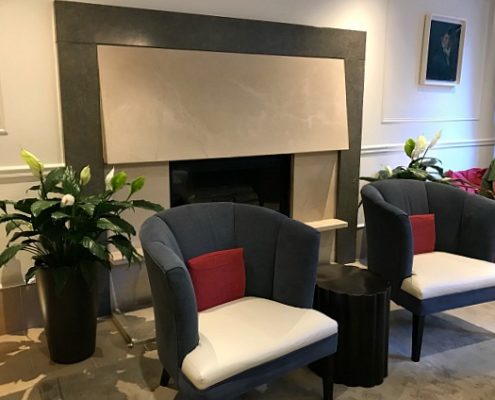 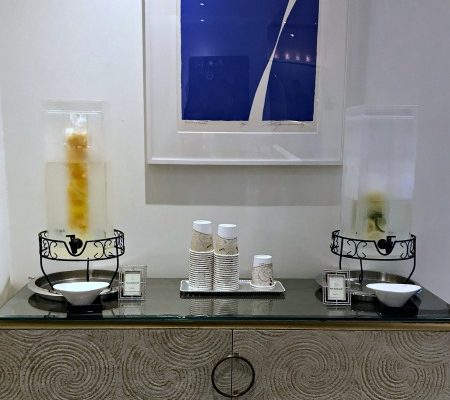 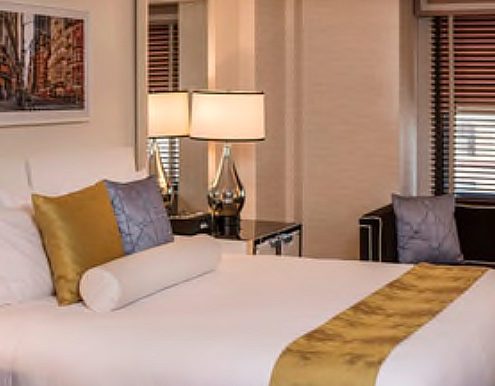