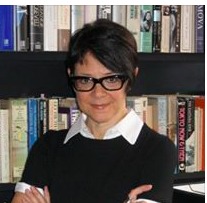 Overnight New York was created by Terry Trucco, a travel writer whose hotel reviews have appeared in numerous publications including The New York Times, The Wall Street Journal and Travel & Leisure.

Terry began reviewing hotels when she worked as a foreign correspondent in Tokyo and London. Since moving back to New York she has reviewed dozens of hotels in New York, Los Angeles, San Francisco, Miami, Philadelphia, Las Vegas, Montreal and the Caribbean and has written extensively about the hotel industry.

She also writes about design and decorating, important facets of a good hotel. Her stories have appeared in House Beautiful, Real Simple, Martha Stewart Living and InStyle.

Overnight New York offers stylish, unbiased reporting. We’re independent with no ties to the hotels we review. We visit each hotel anonymously, have a meal, check out the rooms, scrutinize the surroundings and always pay the bill. We don’t take freebies.

We’re based in New York so the site is up to date. When a lobby gets renovated or rooms look ragged, we report it. Our blog brings you hotel news, from what’s opening and what’s closing to hotel design trends you can try at home — and lots more.