At a glance: It can be a lot easier to find a New York City hotel in a building originally designed to be something else than one created as a hotel from the get-go.

Still, the Refinery is the first hotel I know of that occupies a former hat factory in the Garment District, a heretofore no man’s land for boutique hotels. That millineristic history inspired the design firm Stonehill & Taylor in a renovation that deftly blends cleverness and comfort in almost equal helpings.

There’s something enticing to see at every turn. Guestroom desks have ornamental wrought iron legs like old-style Singer sewing machines. Sprightly images of hats and sewing notions decorate the lobby runners and the staff’s silvery lapel pins. And framed renderings of chapeaux straight out of vintage issues of Vogue bedeck the back hall.

Contemporary details are just as impressive. I was convinced the fitness room floorboards were wood until I touched them (the floor’s a rubbery vinyl – ideal for push-ups).

There’s so much to look at – the vaulted arcade ceiling in the entry, the muslin bed coverings that wink at the world of sewing — you’re easily distracted from oddities like the ungainly proportions of some guest rooms (they’re long, narrow and not particularly big).

The happy bonus is the hotel’s two generous public areas. The lobby sitting rooms double as Winnie’s, a bar/lounge named for an early occupant who ran a teashop on the premises (note the stylish tea cart among the bespoke furnishings). And the roof bar is a year-round showstopper with drop-dead views of the Empire State Building. Sweet.

Rooms: With high ceilings and big windows, rooms feel airy even if they’re not the biggest in town. An industrial vibe channeling the building’s hat factory days informs the decor — leather and linen headboards, muslin coverlets and those handsome bespoke iron desks. The wide-paneled hard-wood floors are gorgeous as are the hooded dull-brass desk lamps. Suites are more like junior suites — you don’t get two rooms — but they’re comfortable and feature fetching striped sofas. And the white subway-tiled bathrooms in all the rooms are stunners with the letter R rendered in tile on the floors and large staff showers.

Food and drink: Breakfast, lunch and dinner are served at Parker & Quinn, a leathery gastro-bar on the ground floor behind the lobby with hipster overtones. Winnie’s Lobby Bar is a congenial setting (seating area by day, lounge by night) with good-looking sofas and club chairs, a full bar with custom chairs (note the leather work on the chairtops) and live jazz most evenings. But the showstopper is the Refinery Rooftop, one of the best-looking roof bars in town and open year round. A cozy, roofed-in, brick-walled seating area seems designed to ease the chill on a snowy day while a generous outdoor terrace puts you eye level with the Empire State Building. Between the two, a bar area with retractable glass makes drink sipping as enjoyable in extreme heat as a rainstorm.

Surroundings: Come back in five years, and we may have something different to report. In the meantime, this is what remains of the Garment District, the thicket of offices and small factories that still make clothing, like uber-glove maker LaCrasia. The ‘hood is a mixed bag with not much to see (many of the storefronts are exclusively wholesale). But it’s changing. And the Refinery is a short walk from desirable landmarks like Times Square, the New York Public Library, the Empire State Building and Grand Central Station. Chelsea, Gramercy Park and midtown are a short cab ride away or walkable if you like to walk. Subway stops are nearby as are buses, so you can go uptown or downtown with ease if the ‘hood proves a bore.

Back story: The building started life in 1912 as the Colony Arcade Building. The original exterior is still on view – and landmarked, so it’s not going away. It’s a looker if turn-of-the-century neo-gothic architecture does it for you. As mentioned above, the building originally housed a hat factory with a teashop on the ground floor run by one Winnie McDonald – hence the name Winnie’s for the hotel’s ground-floor bar and lounge. When the milliners moved out, offices moved in and stayed until work began on the hotel. In current parlance, every hotel needs a “story,” and the designers at Stonehill and Taylor did a terrific job melding hat factory ideas, imagery and motifs with an oddly shaped building that probably has no business being a hotel. As mentioned above, the place is a visual feast with one-of-a-kind details and sly references to the building and neighborhood. It’s the apotheosis of the classic themed boutique hotel, in other words.

Keep in mind: The neighborhood is still pretty industrial and dead as a doornail on weekends. 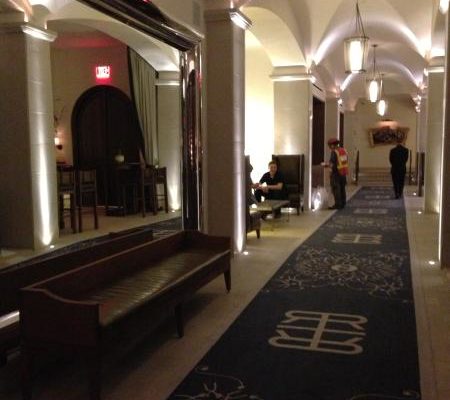 Millinery imagery on the carpet at the Refinery, a former Garment District hat factory 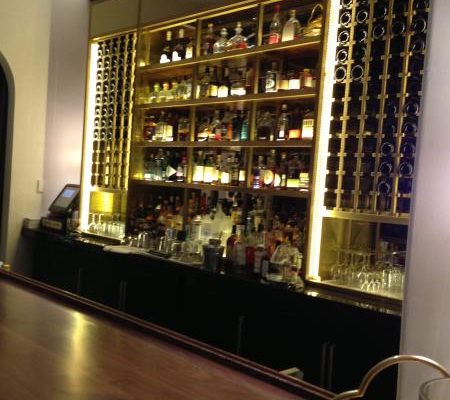 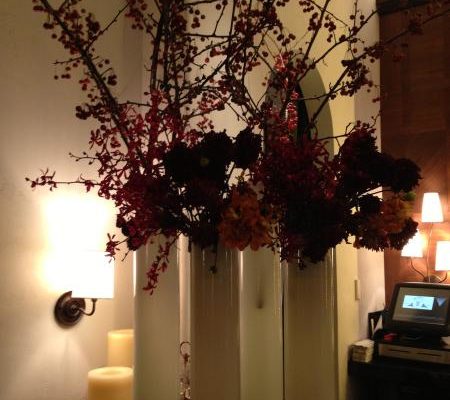 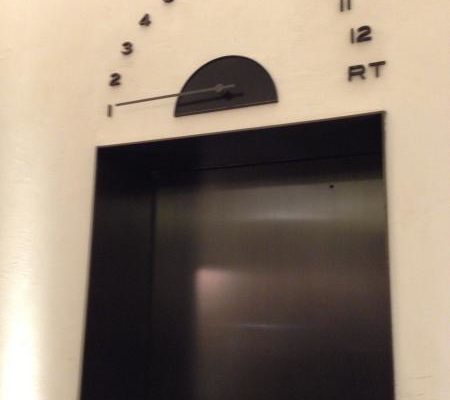 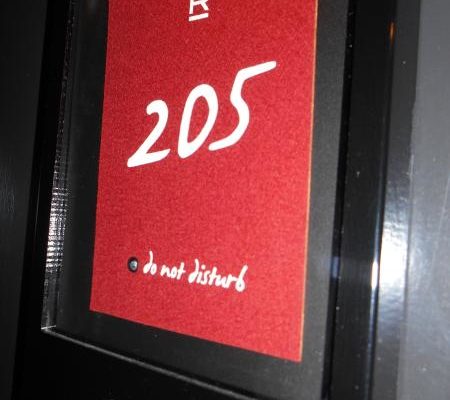 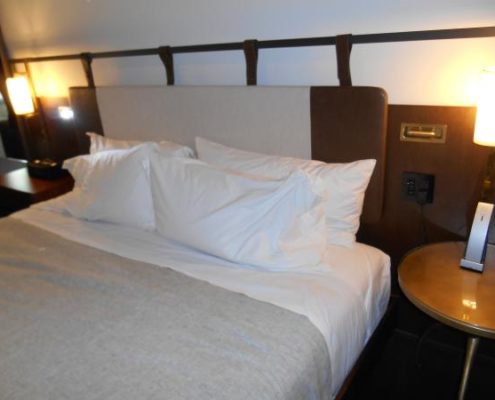 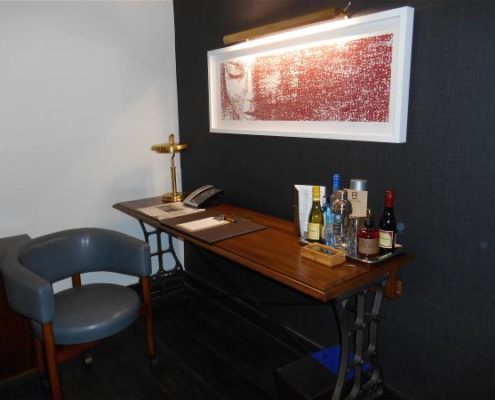 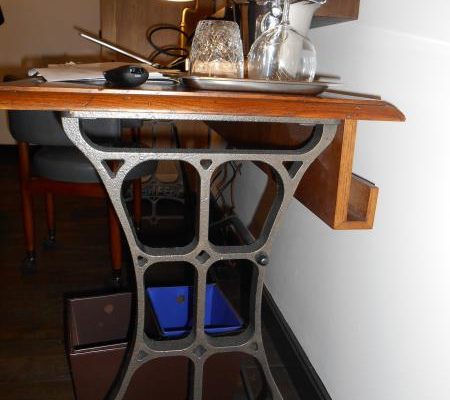 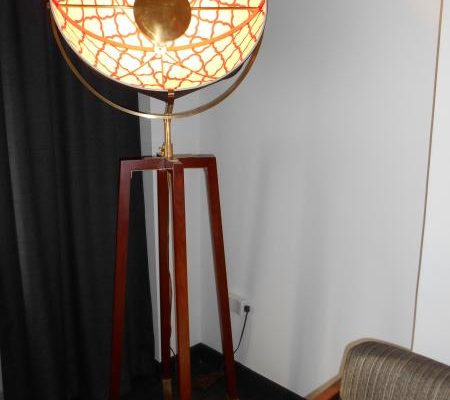 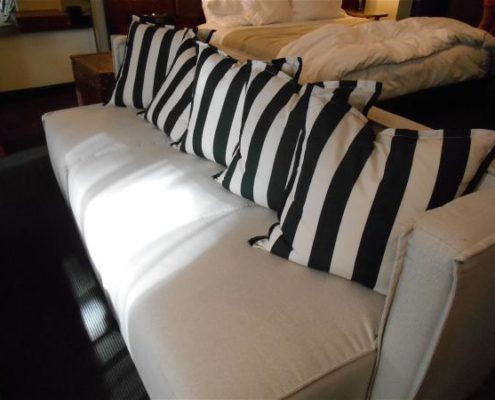 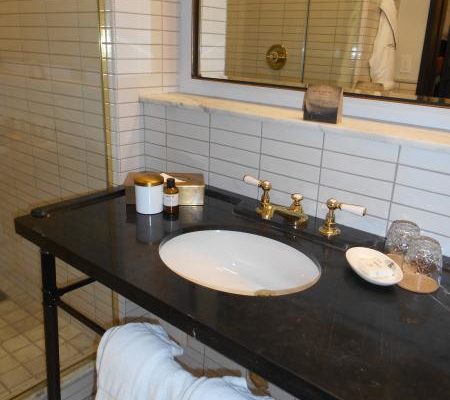 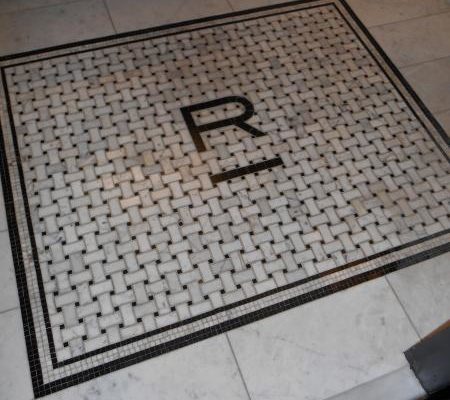