At a glance: The Standard became an instant icon when it opened in 2009.

Its interior by Roman and Williams, designers of the Ace hotel and Royalton, was sleekly futuristic. Its roof bar lured celebs like John Hamm, Paul Rudd and Madonna. It straddled the High Line, New York’s most talked about park.

And its windows – vast, floor-to-ceiling glass sheets – broadcast the antics of their least inhibited guests. (On a morning run in nearby Hudson River Park, my running pals and I looked up at the hotel and spotted a guest essaying a Sun Salutation clothing free.)

No longer new, the Standard has found its stride. It’s an intriguing hotel, comfortable, agreeably quirky (the revolving doors are bright yellow, the porters wear shorts in warm weather) and like no other place in town.

From the outside, this brute, bifurcated Le Corbusier-inspired glass box looks like a gigantic dictionary on stilts looming over the Meatpacking District like a not-entirely benign alien creature.

The mid-century-mod-inflected lobby calls to mind a chic European airport, with polished granite check-in counters, a white marble floor and a quartet of free-form inky blue leather sofas. Plum shag runners warm things up, and I like the ceramic latticework walls.

But the Standard is less a hotel than a walk-in kaleidoscope, with a moody drinks lounge and terrace adjoining the lobby, a boisterous beer garden tucked under the High Line, a plaza that becomes an ice rink in winter, a rooftop bar with a plunge pool, and a playful attitude.

The Standard bristles with energy and attracts throngs: guests, gawkers, cool types, would-be cool types. You don’t come here for peace and quiet. But if you crave serenity, what are you doing in the Meatpacking District?

Rooms: Quietly spectacular with those much-discussed floor to ceiling windows (every room looks onto the Hudson River or the city) and crisp, modular mid-century modern-inflected fittings. I didn’t see the queen-bed room, but the king, done in serene browns and creams, was plenty big for two people, with a low, white-sheeted bed, a flat panel TV on the opposite wall, a small but chic built-in sofa and a clever coffee table that swivels up to become a desk. I liked the retro-fashionable, heavy tweed curtain hiding a closet big enough to stash a suitcase, but the white window curtains reminded us of an old Motel 6.

Amplifying the spaciousness was the open bathroom, lined in rust-colored brick tiles. A clear glass wall was all that shielded the large shower stall from the sleeping area, so you can look out – and your companion can look in — during ablutions. Hmm.

The good-looking sink was also exposed though the toilet, billeted in a tiny closet, was not.

I also saw a corner king, which was bigger, commanded jaw-dropping views of the Empire State Building and boasted a more enclosed bathroom.

Housekeeping detail: White hallways are vulnerable at hotels. But I saw a porter touching up the paint on one of my visits.

Food and drink: The street-level Standard Grill serves breakfast, lunch and dinner into the wee hours in handsome, bistro-cozy digs. The large, clubby dining room, outfitted with burgundy leather booths and a copper floor created from 480,000 pennies, is tucked under the High Line.

On my first visit shortly after the hotel opened, I breakfasted in the adjoining café, an airy, window-lined room with leather banquettes the color of café au lait. The hotel looks like a cousin to Pastis, a chic nearby bistro, with bentwood chairs, round butcher block tables and a wait staff dressed, somewhat eccentrically, in plaid waistcoats and pants. My grease-free breakfast included scrambled eggs, tasty herbed potatoes, pre-buttered wheat toast and an excellent French press pot of coffee. At $8 for the entree and $2 for the coffee, it was the best hip hotel breakfast deal in town. But alas, prices have gone up as I’ve discovered on return visits. As for the twee — but cute — ceramic salt-and-pepper shakers shaped like dogs the take-them-home price has jumped too, from $15 to $25.

Drinks are available in the Living Room lounge where an evening DJ spins on weekends.

The Biergarten offers brew and German dishes (sausages, pretzels) under the High Line from afternoons late into the night during warm months. During winter, an outdoor cafe serving powdered crepes, hot chocolate, apple cider and stronger brews is warmed by air heaters and overlooks the seasonal ice skating rink.

Le Bain, the penthouse discothèque and rooftop bar on the top floor, features well-known DJs, jaw-drop views and has backdropped everything from Carey Mulligan’s heart aching rendering of “New York, New York” in the movie Shame to Madonn’a “Bitch, I’m Madonna” video. Those hell-bent on drinks with a view can check out the open-air bar, carpeted with Astro-turf (yes, Astro-turf). A plunge pool opens in summer, and a creperie sets up shop.

Amenities: The fitness center is large, well-equipped and window-lined, affording spectacular views. Ice skating (including lessons and pick-up hockey) is on offer in cold months on a stylish rink set up in front of the hotel. The hotel shop in the back of the building is stylish and smartly curated, with a selection of hipster hats, sunglasses, fragrances, snacks and reading material. Free WiFi. Pets allowed ($150 per visit). Kiss My Face toiletries.

Surroundings: It doesn’t get any better than the Standard if you want to be near the new High Line park, built atop a defunct 1930s elevated railroad track. The hotel, which looms above the park — literally — is in the heart of the club and boutique-filled Meatpacking District, steps from the northern tip of Greenwich Village and well situated if you want proximity to Chelsea, with art galleries and restaurants galore and uber-sports complex Chelsea Pier (ice skating rink, gym, bowling alley, golf).

Lower Manhattan, including neighborhoods like SoHo, Nolita and Tribeca, is easy to reach. Hudson River Park, a superb place to sunbathe, people gawk or ride a rented bike, is steps away. Bus stops are nearby, but the subway station is three very long blocks away.

Back story: The Standard, the fourth link in hip hotelier Andre Balazs’ chain of hip-but-not-too-too-pricey Standard hotels, was built from the ground up and opened softly early in 2009. It’s been an attention-grabber from the get-go. Designed by Todd Schliemann of the New York firm Polshek Partners Architects, the hotel is a brute modernist glass-and-concrete creation awash in the style Le Corbusier. Designed to straddle the new High Line Park, its construction seemed to take forever. But perhaps this was due to its originality. The city’s only other structures we can think of built atop a throughway are the Bridge Apartments, those weird, glamourless residential buildings suspended above the Cross Bronx Express.

In February 2013 the hotel was sold for $400 million — the fourth highest price ever for a hotel and a jaw-dropping $1.2 million a room. The owners  include Simon Fuller of American Idol fame.

Keep in mind: The hotel is noisy. Shower stalls but no tubs in many rooms. (Some rooms have soaking tubs and stall showers.) The hype is true: pedestrians on the High Line and in nearby Hudson River Park can see into the rooms. Act accordingly. 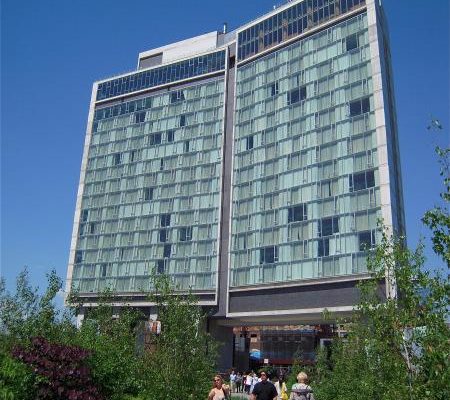 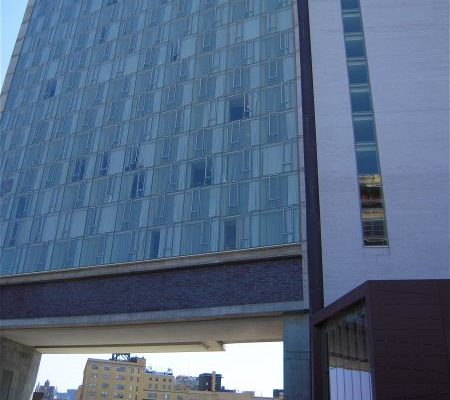 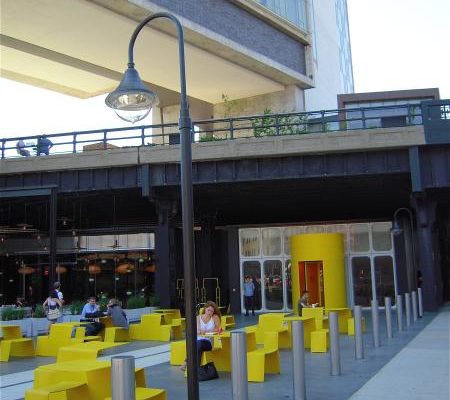 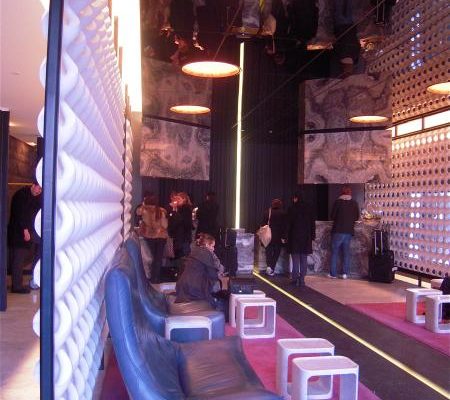 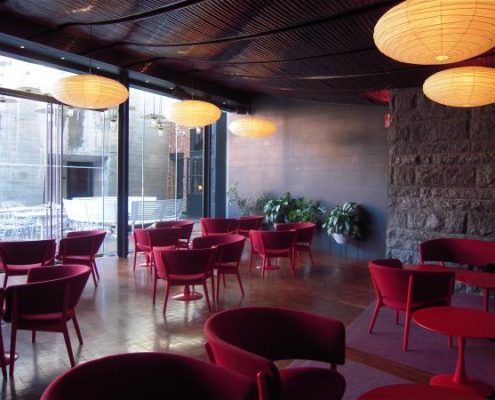 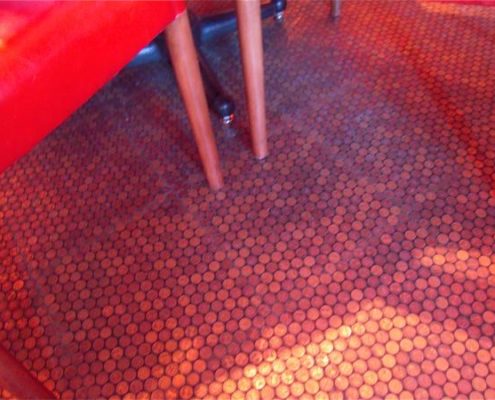 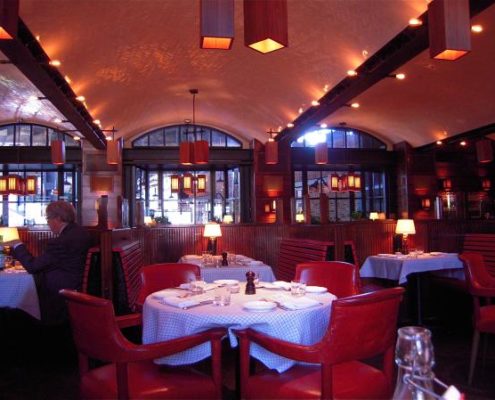 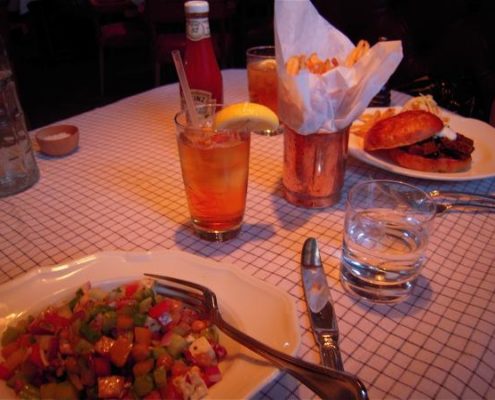 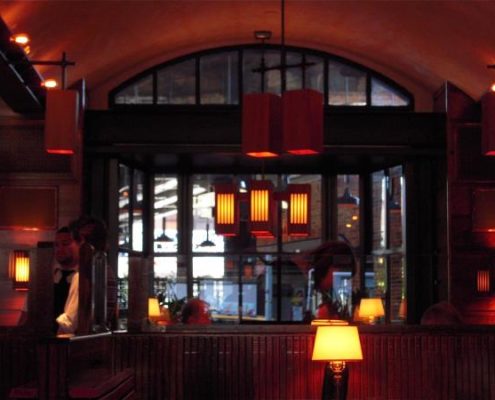 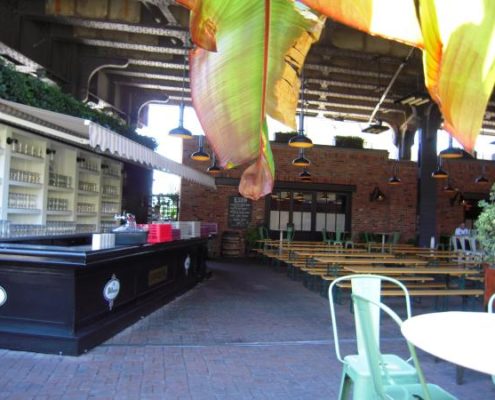 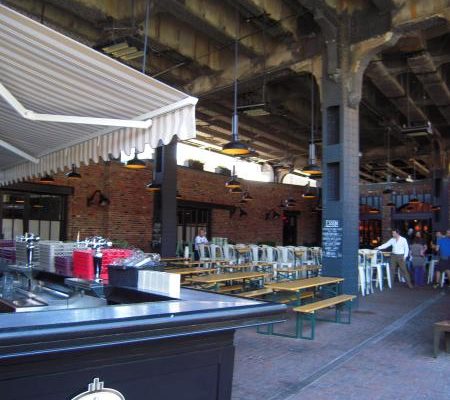 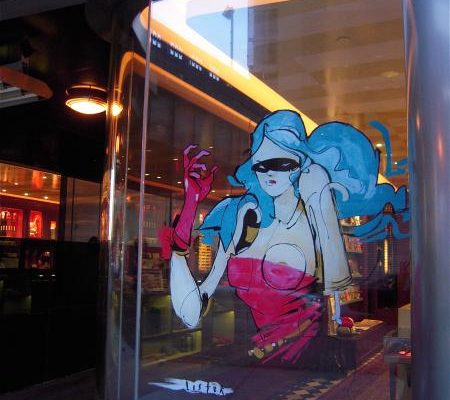 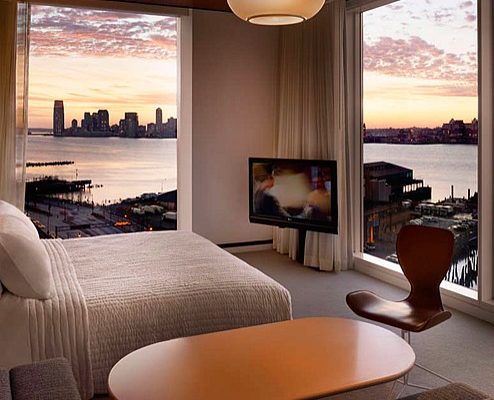