At a glance: When it opened in spring 2007, The Bowery felt daring – a bohemian-chic outlier in a land of flophouses, junkies and a Salvation Army shelter.

Turns out it was a harbinger. The East Village is a lot less raggy than it once was, as if the surroundings looked to the hotel as a template.

And the Bowery retains its hip take on understated luxury even if its much-copied elements don’t startle like they once did. The clunky brick exterior is a yawn and looks too harsh and new for what’s inside. But step inside and you’re whisked off to — an atmospheric, slightly louche Italian villa? Yes and it works. Think The Leopard. Like the best hotels, the Bowery envelops you in a fragrant, hermetically sealed environ.

The lobby is a visual invitation to hang out. Among the eye-catching elements: dark wood-paneled wainscoting, patterned tile floors warmed with faded oriental rugs, artfully mismatched sofas and club chairs in leather and velvet and a dark wood ceiling that looks like it was hauled in from a medieval castle by William Randolph Hearst. There’s also stacks of daily newspapers, an endearing touch that’s as proudly retro as the room.

The Lobby Bar is a welcome place to meet up for a coffee or drink (the garden terrace out back is even better if the weather cooprerates). Choose the back lobby if you want privacy (you can’t help but overhear check-in conversations and instructions). Guests get first priority, which is great if you’re staying at the hotel. But you can usually find a free sofa or club chair during the day if you’re nipping in from the street.

Like other properties spawned by nightlife-specialists Sean McPherson and Eric Goode, the Bowery feels clubby and still attracts a stylish, celebby crowd. With its buzz tamped down a bit, the hotel has found its stride and feels comfortable in its skin, like a hipster grande dame in the making.

Rooms: The Bowery was one of the first to offer guestrooms with hard wood floors, and the floors still looked good in the queen-bed room I saw recently. Queens are small – the one I saw was long and narrow, dependent upon a mirror to amplify its size. But the bed – straight out of the 19th-century with a wood headboard, platform and, most enticingly, legs – is a showpiece, even if it gobbles up most of the space. (I love the red-trimmed bed linens.) A ceiling fan keeps the air humming. And a pale oriental rug warms things up visually.

A smart choice is to spring for a corner king. These rooms come with two enormous paned windows, a gorgeous nod to downtown New York’s industrial loft days.

Food and drink: Breakfast, lunch and dinner are served at Gemma Trattoria, a lux-comfy Northern Italian restaurant that’s a visual continuation of the Bowery lobby even if it has a different designer (credit goes to Taavo Somer, the eye behind Freeman’s, the taxidermy bedecked, comfort-food eatery down the street). Summertime guests pack the sidewalk café, leaving the sprawling dining area, artfully broken into small areas, more relaxed than in colder months. I lunched on a flavorful spaghetti vongole with cockles, arugula and pancetta ($14). “The clams are cut up,” the server warned when I ordered. I didn’t care a bit, but apparently some do.

Surroundings: Now that the bad old skid-row Bowery of black-and-white 1930s movies is gone – along with the punk CBJB’s Bowery of the 70s – the area can feel oddly sterile. High-rise condos are nearby, along with Whole Foods. But so are cool restaurants, bars and shops – the kind that got booted out of SoHo when rents skyrocketed. And the New Museum of Contemorary Art is steps away. The hotel is out-of-the way if you’re seeking midtown. But it’s well located if your destination is downtown Manhattan (Nolita, SoHo, Greenwich Village, the Financial District) or Brooklyn. The subway station is several blocks away, but bus stops are nearby. Taxis are reasonably plentiful, and there’s always Uber..

Keep in mind: Service veers from soliticious to snooty. 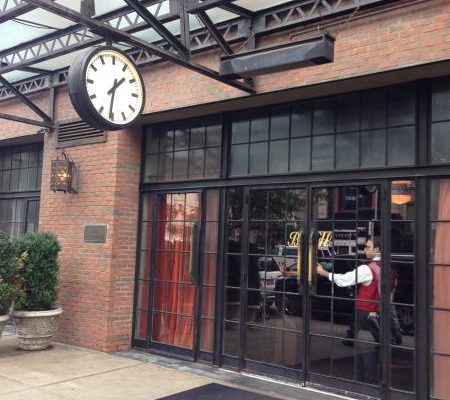 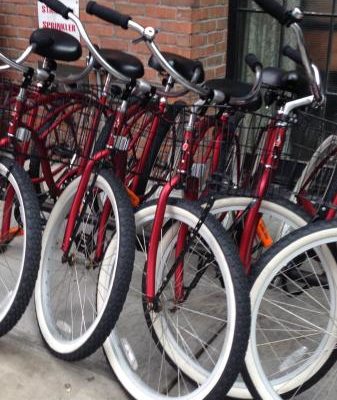 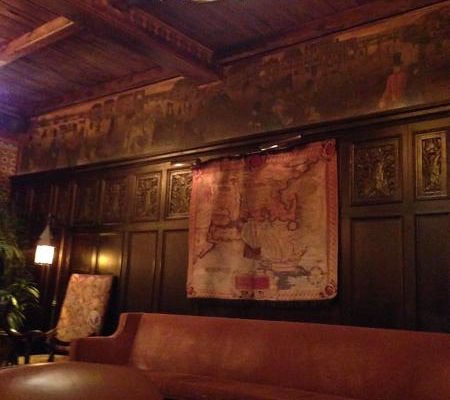 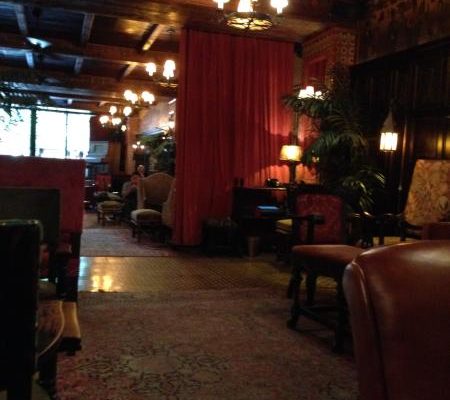 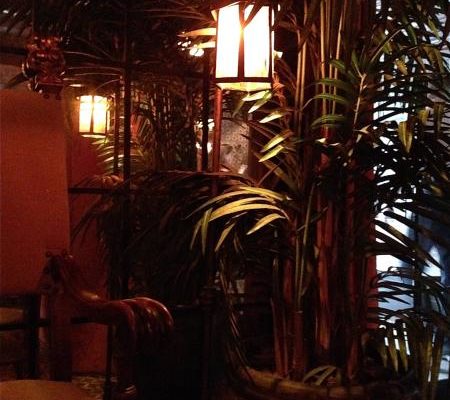 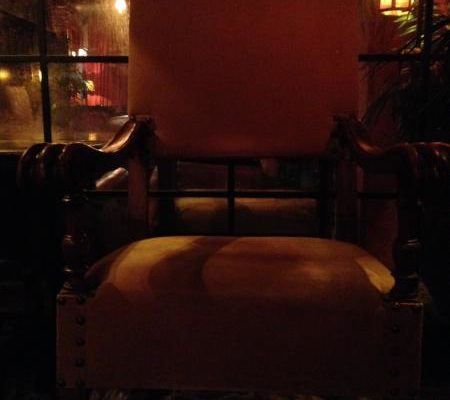 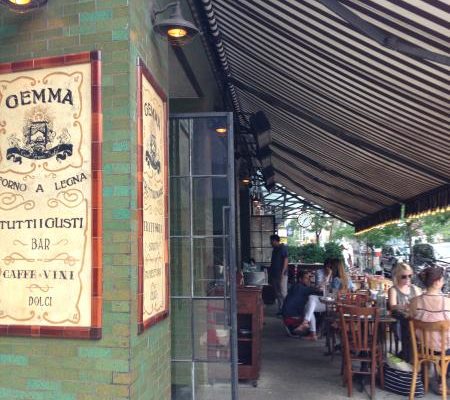 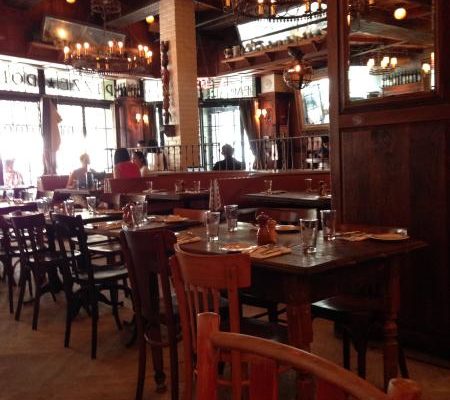 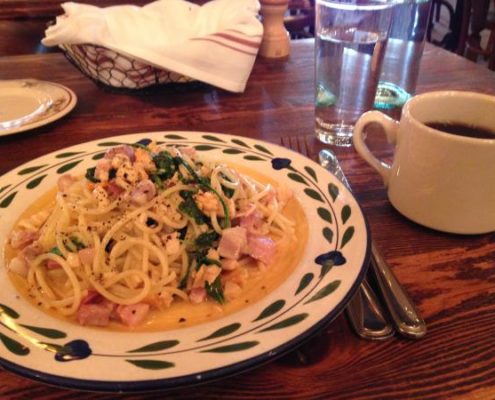 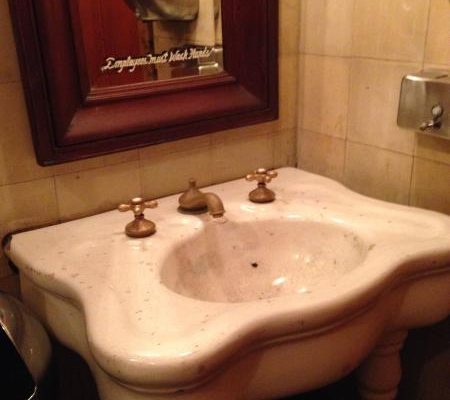