At a glance: Misnomer alert: The Wall Street Inn isn’t on Wall Street.

Still, this cozy small hotel resides on a quiet corner in the Financial District, not far from its namesake and the New York Stock Exchange, and keeps easy company with other low-slung buildings that appear plucked from 18th-century London.

This is a time-warp hotel, in a good way. Curl up on a tufted leather sofa in the wood-paneled lobby or peer out an old-fashioned lead-paned window and it’s easy to imagine you’re in New England, or Old England – anywhere but spiritual home of the skyscraper.

The hotel doesn’t have a trendy bone in its sturdy, six-story limestone body, so it comes as a surprise that it’s less than 20 years old (Lehmann Brothers, in happier times, was a previous occupant).

True to its status as an inn, the Wall Street serves up a complimentary continental breakfast in a cheery, if fussy, pink breakfast room. The adjoining lobby, hung with brass chandeliers, invites you to pull up a wing chair, or plaid ottoman, and dream of a quieter New York. The wildly patterned, profoundly unhip curtains depicting colonists and sailing ships set the mood.

Timeless, yes. But the hotel looked a bit tired on my last visit. A refresh would be welcome.

Rooms: Rooms are traditional. Adjectives like clean, homey and pleasant came to mind in the rooms I saw. Consider the wall-mounted wood headboards, white sheets accented with a coppery throw, gold bed skirts, mini-print wallpaper and subtly patterned carpeting. The only overtly granny touch was the elaborate gold-framed mirror.

Queen-bed rooms are just about big enough for two people, and the king-bed rooms are spacious – disclaimer coming – by New York standards. I liked the old-style lead-paned windows, dressed with shades and, more conventionally, print curtains with a valence. The bathrooms feature white pedestal sinks and tub/shower combos.

Food and drink: A continental breakfast of bagels, Danish, juice and coffee is included in the price of the room and served daily in the breakfast room (a wall-mounted flatpanel TV beams the news). Coffee and tea are available all day. There’s no restaurant, but the neighborhood is packed with eateries large and small (the hotel website features a listing). You won’t go hungry.

Surroundings: In the thick of things if you want the Financial District, but also a great locale if New York City history interests you. Fraunces Tavern Museum, the tall ships of the South Street Seaport Museum and, for grimmer, more recent history, Ground Zero are nearby, but the area’s appealing architecture – old low buildings and narrow streets reminiscent of London – is abundant and best seen on foot.

Posh shops like Tiffany and Pink are nearby. Downtown destinations – SoHo, Tribeca, the Lower East Side, Greenwich Village, the Meatpacking District and the High Line Park – are easy to reach by subway, bus, cab or even foot if you enjoy walking. Midtown is about 20 minutes away on the subway. Brooklyn is a short hop by subway, as well (the Wall Street and William Street stations are several short blocks away). Bus stops are slightly further afield but easy to reach on foot.

Back story: As befits one of New York City’s oldest settlements, a building has stood on this site since 1660. Early occupants of this plot and its immediate environs included a synagogue and houses for a butcher and a sail maker. By the late 19th century, the bones of the current building existed.

Renovated in the 1920s to its current six stories and fronted with limestone, the building housed William H. McGee & Co., marine insurance underwriters. In the mid 20th century, it became an annex for the investment bankers Lehmann Brothers (their main headquarters was nearby). The bankers moved out – and the innkeepers moved in – in 1999. 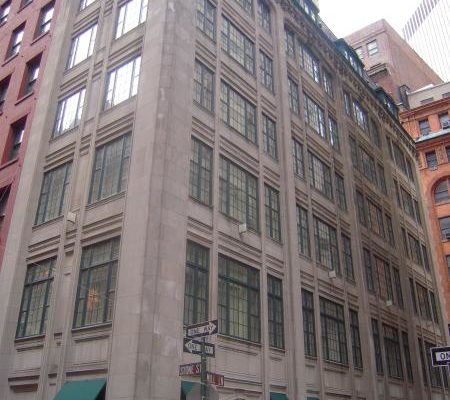 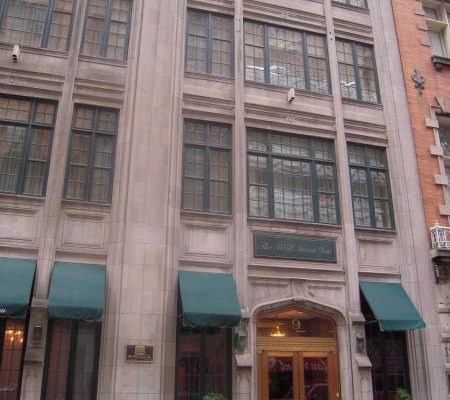 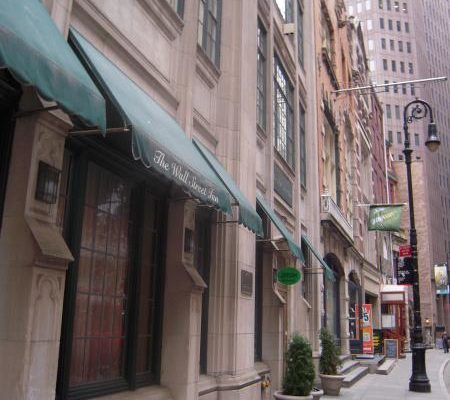 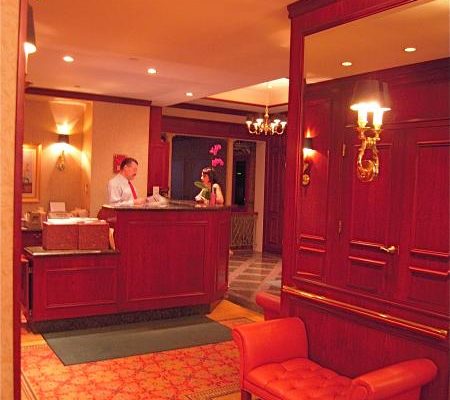 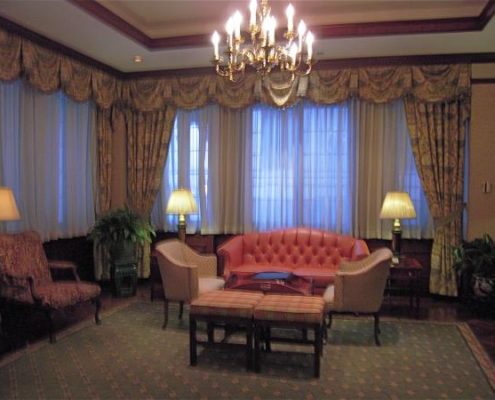 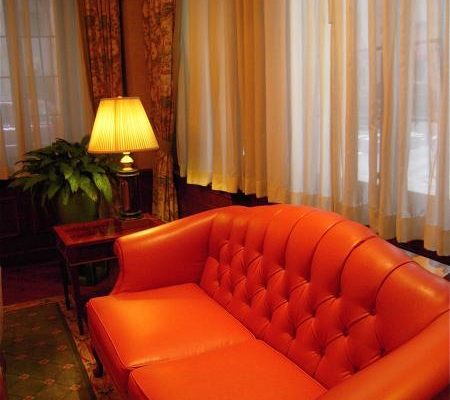 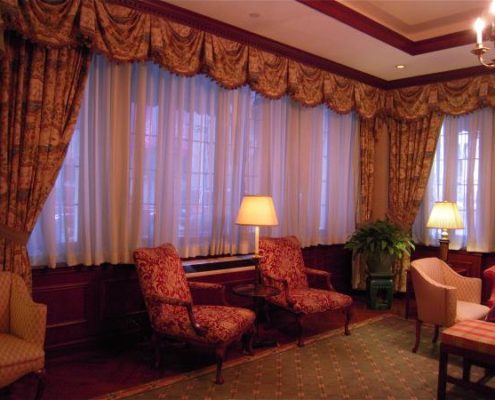 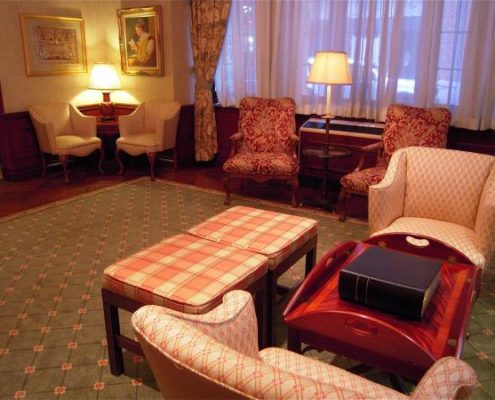 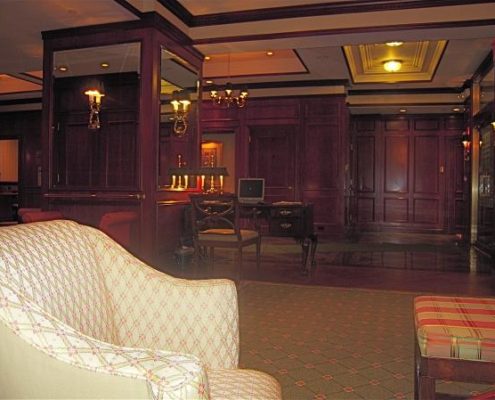 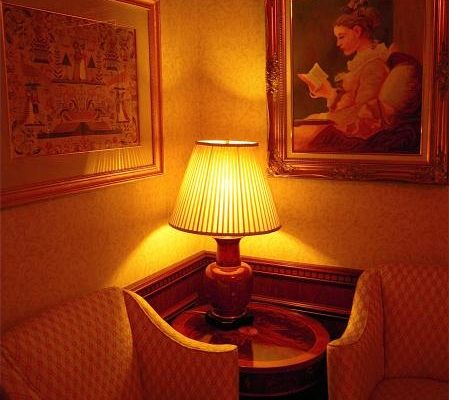 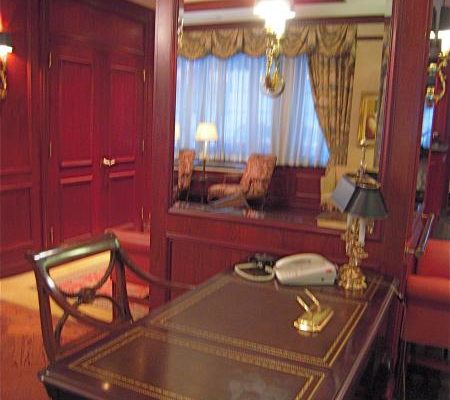