At a glance: Housed in a brute, contemporary red brick building, the SoHo Grand doesn’t look much like a pioneer. But the Grand was SoHo’s first boutique hotel,  built from the ground up in 1996. And it’s still a looker.

An homage to SoHo’s erstwhile days as a manufacturing center (those industrial buildings morphed into today’s luxury lofts), the public spaces are spacious and high-ceilinged with a chicly rendered industrial vibe.

The ground floor, where you can cool your heels, check your bags and consult the concierge, unfolds as a stylish preview of what’s upstairs. A silent welcome is provided by a pair of handsome black dogs, a sculptural acknowledgment of the hotel’s pet friendly status (the Grand was the first hotel to offer guests a live goldfish in a bowl for the night).

A showstopper staircase, an industrial/glam mashup of metal-and-bottle glass, leads to the main floor where you check in. Gaze up: artfully aged mirrors blanket the ceiling.

Turn right and the SoHo Salon unfolds, a stylish living room with huge, curtain-swathed windows and a generous assortment of cushy sofas and chairs in eye-popping colors.  Unfortunately, you can’t plop into one of these babies without buying a drink (the barrel-aged rye Manhattan gets our vote if you plan to imbibe). A glamorous, high-ceilinged bar adjoins with tables for breakfast and light day and evening fare.

When I first stayed shortly after the hotel opened, the lobby reminded me of an updated, cleaned up version of Miss Havesham’s manse. Distressed Grand House, in other words, cleverly rendered by designer William Sofield. The place still evokes Miss Hav, without the dust and decay. And though no longer the only cool boutique hotel downtown, the SoHo Grand holds its own with the newer kids on block, at least in its public spaces.

Rooms: After the flashy – and spacious – public areas downstairs, the standard SoH Grand rooms upstairs can be a letdown. On the plus side, the clever Arts-and-Crafts-inspired furnishings are unique to the hotel, designed by Sofield when the hotel opened and still appealing. Cool details abound, like the bathroom’s metal towel holder reminiscent of a turn-of-the-century Pullman luggage rack.

But the layout is straight out of a chain hotel, with a small bathroom opposite a narrow hallway followed by a snug sleeping area. The effect is oddly jarring, as if the owners decided to build a conventional bed factory then at the last minute remembered they were in SoHo and decided to go upmarket and stylish.

But oh, those furnishings. My closet was a beautiful wood box whose heavy sliding doors boast mirrors embedded with crisscrossed wire. The matching wood bedside tables – contemporary riffs on Mission furniture – are equally practical and good looking. As for the round copper table and tubular stainless-steel-and-leather side chair, its back laces up like a corset.

My room, dressed in soothing creams and browns, was quite small, with most of the space eaten up by the king-size bed – a beauty nonetheless, balanced on turned wood feet, crowned with a nail-head-embellished cocoa-brown leather headboard and dressed in spotless white sheets.

The large window facing west probably overlooked the Hudson at one point – we were on the ninth floor – but now stares onto the James SoHo hotel and assorted low-rise buildings.

Fortunately, the view disappeared at turndown, when an exquisite light wool Roman shade descended and dark chocolate squares appeared on the pillow, transforming the room into a romantic little lair.

Whimsical black-and-white wallpaper proved a pleasing surprise in the white bathroom. Clad in subway tile with mini gray and white tiles on the floor, it was clean but smaller than I’d like, with a tub/shower combo.

Fyi, somewhat larger rooms exist (I had a double exposure room with enough space for a baby crib when I stayed en famille shortly after the hotel opened). The hotel also has a floor of suites that I wasn’t able to see.

Food and drink: Breakfast, lunch, dinner and weekend brunch are served in the Grand Bar and lounge, a congenially casual, stylish place. Lunch and dinner feature Nouveau-American fare, ie the standard sleek/comfort food you expect in SoHo. The cholestorol-enriched house Mac and Cheese has been the signature dish since the hotel opened. I passed on that and breakfasted on a delicious granola topped with pumpkin seeds and Greek yogurt. The crowd was as stylish as the surroundings, at least on this particular morning in December.

Following a popular trend, the Grand has the Club Room, an atmospheric lounge and bar open to guests only.

Gilligan’s, an attractive pop-up outdoor eating and lounging area, is open during the summer months. Conceptualized in 2013 by Australian restaurateurs Nick Hatsatouris and Lincoln Pilcher, the eatery riffs on their Hampton’s restaurant, Moby’s.

Surroundings: It doesn’t get any better than this if you want SoHo and the downtown scene. Though the hotel perches on trendy West Broadway, albeit at the lower end, and it’s a short walk to SoHo’s shops, restaurants and clubs. Chinatown is steps away as is stylish Nolita — and what remains of Little Italy. For nearby Greenwich Village, the Meatpacking District and the High Line, walk north. For Tribeca and the Financial District, walk south (though you may want to hop a subway or cab to get to the FiDi). Midtown and points north are easily reached by subway (the stop for the No. 1 train is just three blocks away). And bus stops are also close by.

Back story: Strange as it now seems, the SoHo Gand was the only boutique hotel below midtown when it opened in 1996 — and SoHo’s first serious hotel in decades. The Mercer followed hot on its heels, and sister hotel the Tribeca Grand opened before 2000. But for a brief moment, the Grand was it as far as sleek downtown boutique hotels go. The red brick hotel, owned and operated by the Stern family of Hartz Mountain pet foods renown, was built from the ground up and attracted a stylish, good-looking crowd from the day it opened.

But unlike the typical 1990s boutique hotel, the SoHo Grand was remarkably free of attitude, a trait that holds. In late 2010, the Grand organization was rumored to be a suitor for the Cooper Square, a chic but troubled East Village property. We think the Cooper would have been an inspired addition to this smart chain of local one-of-a-kind properties. But sadly, the deal fell through and the property is now the Standard East..

Keep in mind:  You can order up a pet goldfish for your room during your stay. I forgot — and I wish the front desk person had reminded me; I can probably keep a goldfish alive for a night. 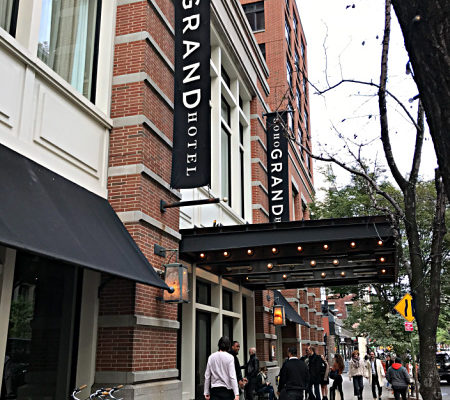 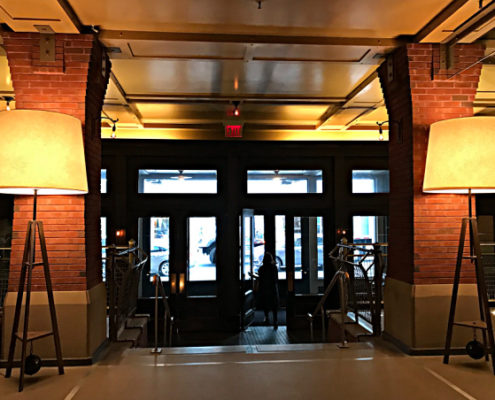 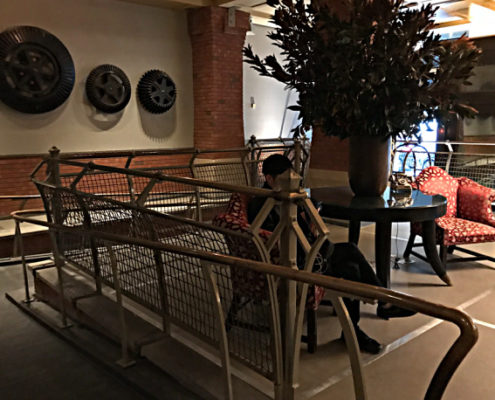 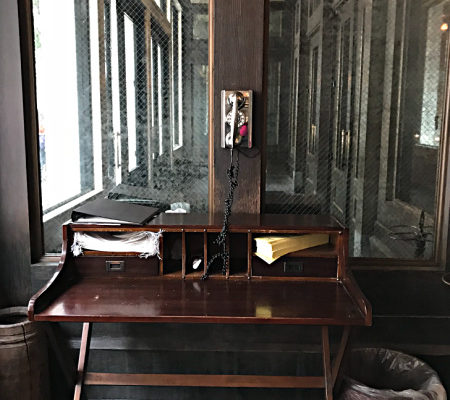 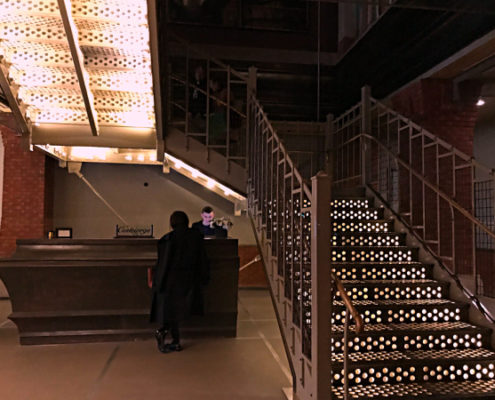 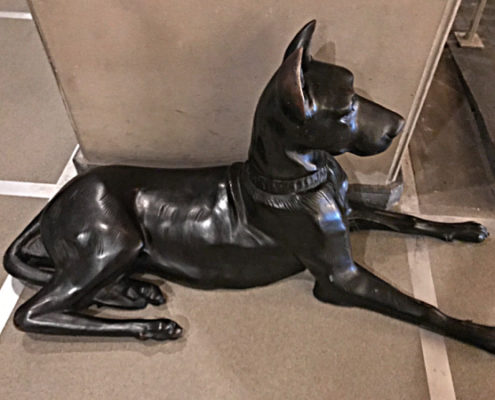 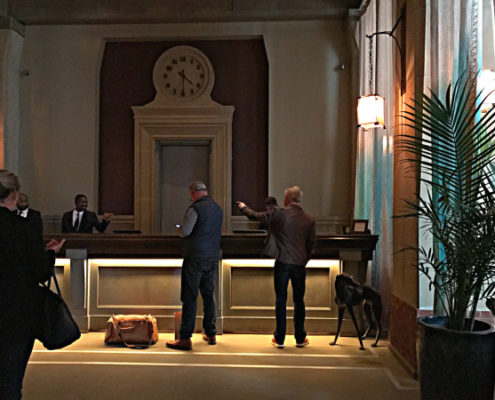 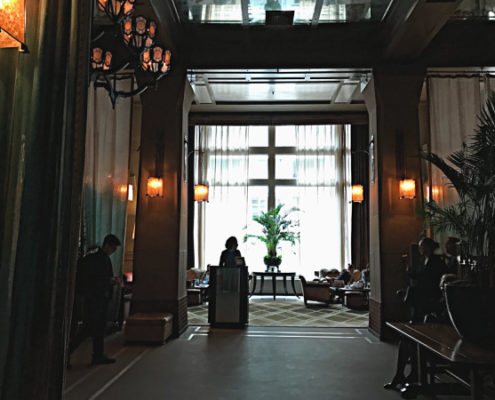 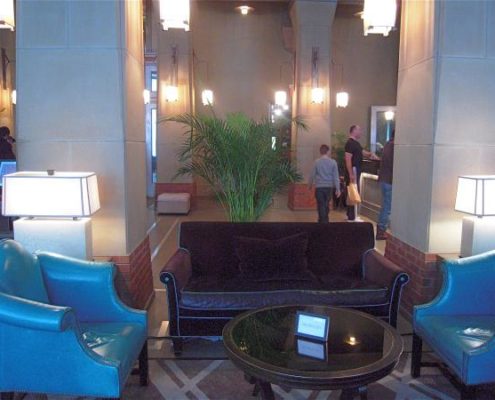 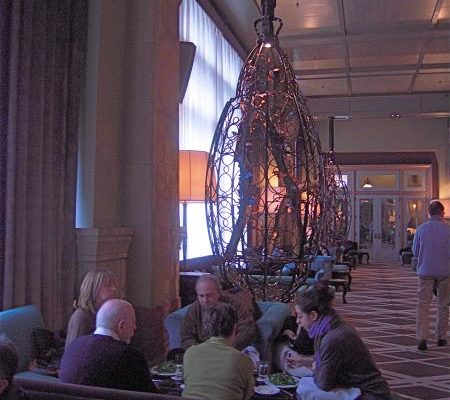 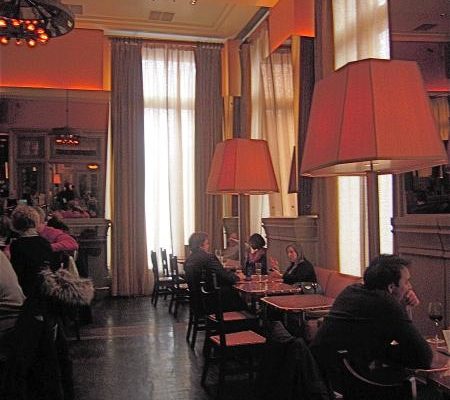 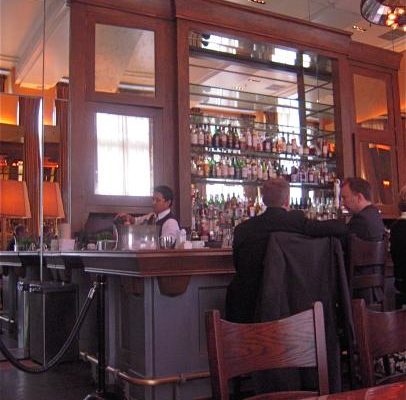 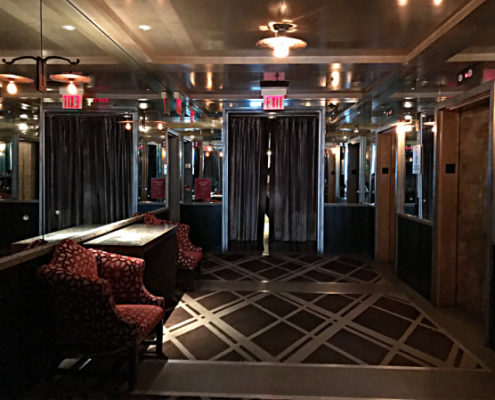 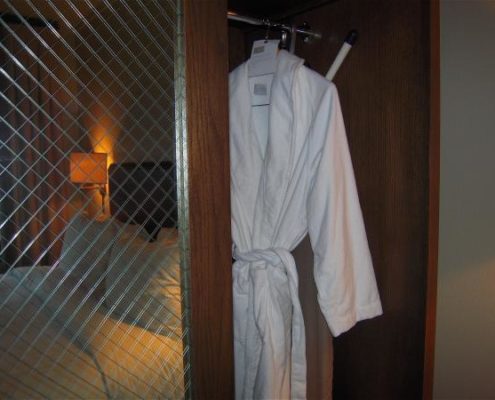 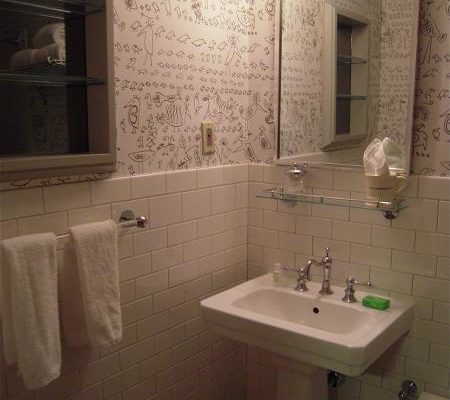 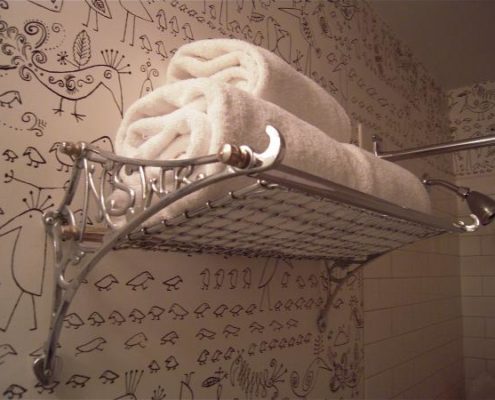 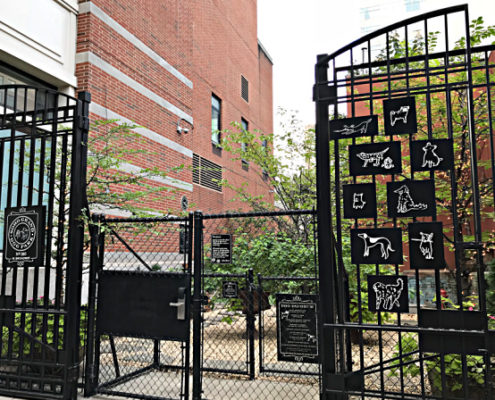 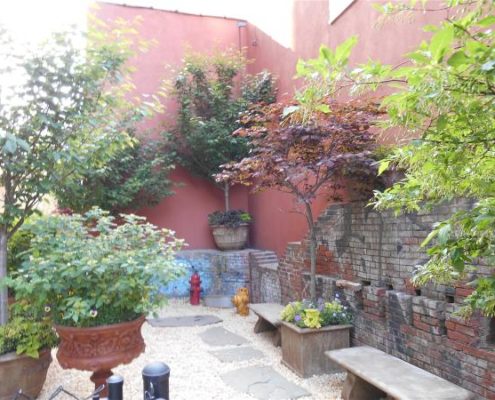