At a glance: Kenmare Street, home to this shiny-sleek small hotel, bustles with an industrial vibe (an auto body shop is across the street). Not an obvious perch for a style-minded boutique hotel.

But more amusing parts of Nolita, the hotel’s increasingly hip North-of-Little-Italy neighborhood and namesake, surround the Nolitan. Imagine yourself a block or so away – or perhaps several years into the future — and hotel and neighborhood meet sweet.

Built from the ground up on the site of a parking lot the hotel is wide but no taller than its low-slung neighbors. Its chilly/contemporary glass exterior means rooms inside sport floor-to-ceiling windows and, if you score a room on the east side of the building, handsome views of the Williamsburg Bridge.

The look is loft-chic, from the wide-but-shallow sunken lobby to the sprawling restaurant, punctuated by concrete columns and a raw-wood floor. We applaud the lobby’s fraternal twin seating areas – one for cooling your heels while checking in, the other a lounge/library outfitted with a wall of Phaidon art books. Both flaunt generous, artfully mismatched seating (the lounge’s tufted leather sofa the color of cognac oozes comfort).

I also like the mix of natural wood and primary colors. The Nolitan is upbeat and, so far, seems eager to please. You can borrow a bike for cruising around the ‘hood, a common practice at hip boutique hotels these days. But the Nolitan also offers in-room yoga mats and lends out skateboards. Cool.

Rooms: With floor-to-ceiling windows, partially frosted for privacy, and smart layouts, rooms feel airy and look more spacious than they are, which is surprisingly small. The compact standard room I saw featured a comfortable sleeping area with a platform bed (kudos for the storage drawers, one with a safe, beneath), a hard wood floor, a closeted toilet and a sleek open bathroom with a peek-a-boo shower overlooking the room. A highlight was the shallow balcony, big enough for a pair of chairs and ideal for a sunset drink overlooking Nolita’s rooftops.

The corner suite, also compact, was quietly spectacular. With two walls of windows (curtains can pull over them for privacy and to keep out light) we felt like we were floating over the city. A simple wood desk and stylish ink-blue club chair accompany the platform bed, dressed in white 300-thread-count sheets and a bold red throw. The open bathroom included a stall shower and a gorgeous egg-shaped tub situated so you can gaze out onto the city as you soak. Like the standard room, the suite comes with a closeted toilet and a large closet stocked with a yoga mat.

Food and drink: None at the moment. Cantine Parisienne, the hotel’s chicly spare restaurant and bar that replaced Ellabess, the hotel’s original restaurant, has closed. We await the next effort.

The roof deck is enormous with terrific cityscape views including those of the Empire State and Metropolitan Life buildings and the Williamsburg Bridge.

Amenities: Lots. More than half the rooms have balconies (small but big enough to enjoy a glass of wine or the urban view). As mentioned above, half the lobby is given over to a library of Phaidon books, mostly good-looking art titles and a pleasingly tactile alternative to an iPad. Free WiFi. Free local calls. Surcharge-free long distance calls. Laptops available to use free of charge. Free use of gaming systems like Xbox and Wii. No fitness room but free daily pass to 24 Hour Fitness nearby. Each room comes with a bright red yoga mat in the closet. Bikes and skateboards to borrow free of charge. Daily newspapers. Pets allowed.

Surroundings: Nolita – the name means North of Little Italy – is a cheery, ethnic-inflected neighborhood that brushes against Chinatown, what’s left of Little Italy and SoHo’s eastern reaches. It’s a spiritual cousin to the Lower East Side where ethnic influences meet things trendy. With small businesses, ranging from Italian bakeries and hip diners to auto repair shops it feels like a neighborhood and, miraculously, one without chain stores. Everything downtown is easy to reach – SoHo, the Bowery, the Lower East Side, the East Village, the Financial District and to the west Tribeca. Greenwich Village, Chelsea and the High Line are farther afield but reachable easily by subway, as is midtown, Times Square and the Theater District. But the hotel is well below 14th Street; if you’re planning to hang out in midtown or points north, taxis can add up. The subway stop is several blocks away as are bus stops.

Back story: As is often the case with new hotels in New York, the Nolitan stands upon hallowed ground once occupied by . . . a parking lot. Owner Edmond Li, a local real estate developer, wanted the hotel to reflect its neighborhood. To that end, the building is wide but not tall, respectful of Nolita’s low skyline. It’s also minimalist and contemporary, a nod to Nolita’s hipster influence. Li hired locally as well, choosing architects Grzywinski+Pons, who also did the contempo-chic Hotel on Rivington nearby. Bath products are supplied by Red Flower, a nearby Nolita shop.

Keep in mind: Rooms, which overlook a busy street and have lots of hard surfaces, can be noisy. As mentioned above, standard rooms have peek-a-boo showers which may be less than ideal for families. 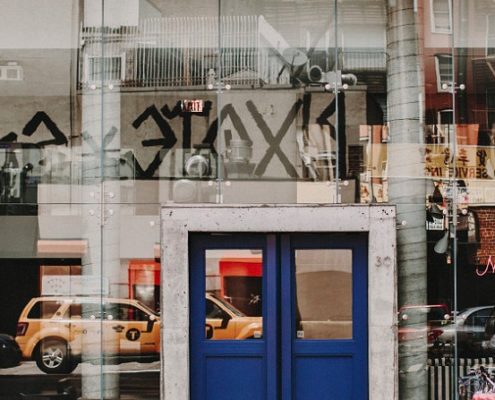 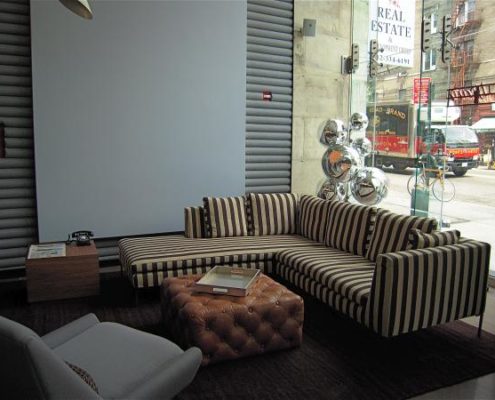 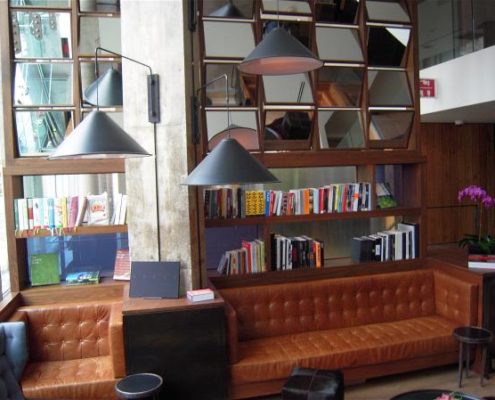 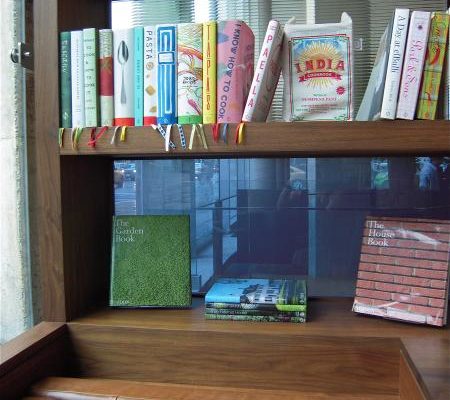 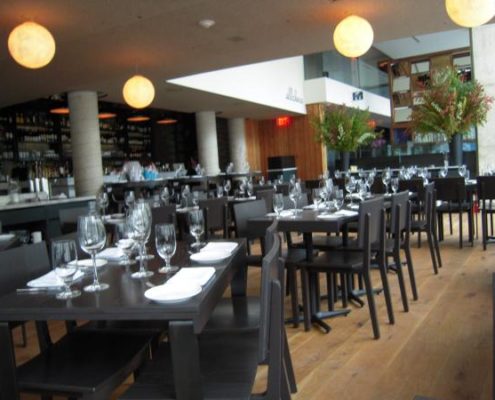 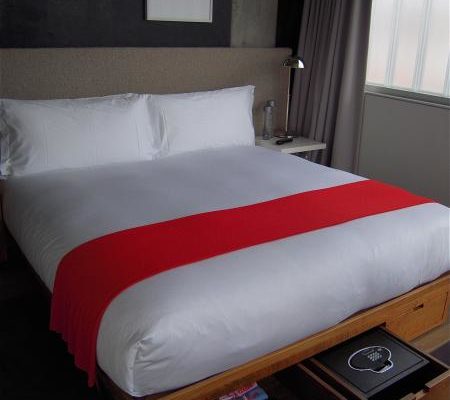 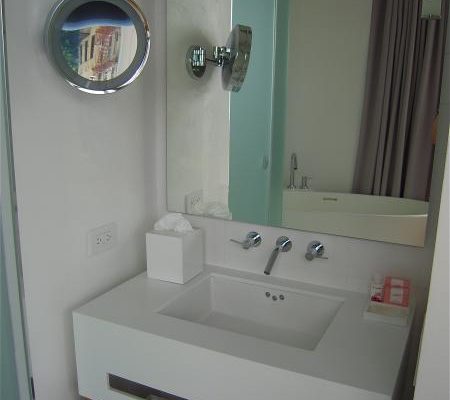 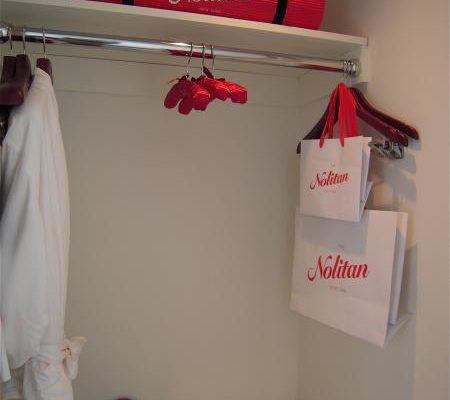 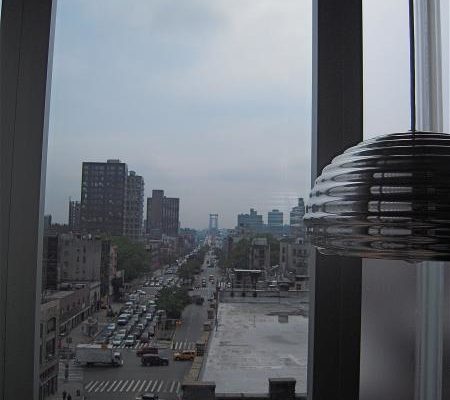 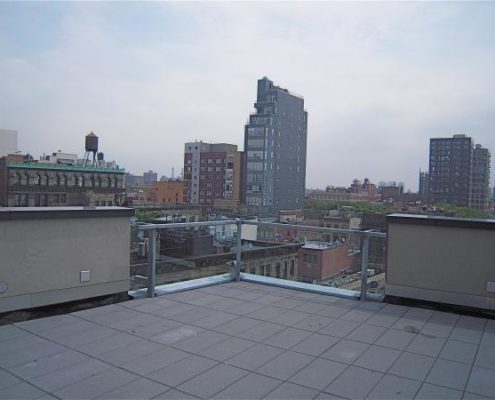