At a glance: How’s this formula for a boutique hotel? Take one gorgeous 1903 building with stained glass galore, a commanding stone fireplace, soaring ceilings, a magnificent spiral staircase and a dash of history (the building was once the Chemists Club). Add chic minimalist furniture in soothing hues (creams, blues and dark woods).

Yet even with great bones and a superb location near Grand Central Station, the Dylan Hotel has had an uneven run over the years morphing from a pricey boutique property with celeb connections (Britney Spear was behind the hotel’s original restaurant) to its current, more modest iteration under Spain’s Eurostar Group.  Guests today hail for the most part from Europe. And the moderate prices are in line with what you get (many of the rooms are looking worn).  As for the restaurant, it’s evolved from Britney to Benjamin, a buzzy steak house with sweet reviews that draws a local clientele.

The style of the decor hasn’t changed much since the hotel opened; the rigid minimalism of the 00s rules. True, on a recent visit the Dylan lobby looked better than it has thanks to some bold new art. Indeed, the lobby remains an inviting space if you’re a modernist – or a reader (newspapers are still stacked on the red velvet ottoman).

Still, it’s high time for a renovation, which the management says is coming soon. The Chemist’s Club is a glorious piece of real estate. I look forward to its transformation.

Rooms: Stylish, minimal (or bare, depending on your tastes) and showing signs of wear. After years of dark hues, the rooms were lightened up with white walls and crisp black and white details. The result is chic and clean. Views in many of the rooms are minimal, so the window treatments are best left closed.

The smallish bathrooms are clad floor to ceiling in Italian Carrera marble and have washstands with bowl sinks and wood-framed glass doors. Though rooms range from big-enough-for-two–by-New-York-standards to downright spacious, high ceilings make even the little ones seem bigger than they are.

Crave color? Book the Alchemy Suite, a Gothic chamber (pictured) with a vaulted ceiling and slender columns named for the symbols depicted on the spectacular 1932 stained-glass window.

Food and drink: Breakfast, lunch and dinner are served in the Benjamin Steakhouse, the hotel’s third restaurant since it opened in 2000 but by now a keeper. With white tablecloths, a mile-high ceiling (a curved staircase leads to a terrace of tables overlooking the room) and waiters dressed bistro-style in long white aprons, the place looks like a classic steakhouse – or an English men’s club.

I sat in front of the enormous fireplace, gas-jetted but gorgeous, and tucked into a juicy grilled hamburger on a roll with so-so fries – and excellent steak sauce, which arrived in a gravy bowl along with the breadbasket and (salted) butter. The lunchtime room bustled – almost every table was taken with a local business crowd and an occasional guest (the mathematician from Mexico City who sat at the table rhapsodized about the hotel).

Surroundings: The Dylan’s location is superb unless you hunger for greenery (or want to be downtown). Grand Central Station is a block away. Bryant Park, the New York Public Library, Times Square and Broadway theaters are easy to reach. And Rockefeller Center, Fifth Avenue shopping, the Empire State Building and cultural treats like the Museum of Modern Art are a short hop away. Downtown Manhattan is a straight shot south. And buses and subways are steps away.

Back story: When the Dylan opened in 2000, it brandished the classic elements of a successful boutique hotel including a big name designer (Jeffery Beers), a trendy air and a drop-dead exquisite Beaux Arts building from 1903. But the hotel, developed by real estate magnate Morris Moinian, took forever to open and even longer to get its footing. The parade of restaurants occupying the dramatic dining space typified the hotel’s uneasy fortunes. Virot, the creation of the talented chef Didier Virot, lasted but a wink and was replaced by Nyla, an ill-fated collaboration with Britney Spears. (The name is a contraction of New York and her home state of Louisiana – get it?) But Spain’s Eurostar hotel group took over the hotel in 2007, ushering in stability.

Keep in mind:  A few rooms I saw smelled stuffy and felt close. A renovation is coming soon — and a good thing. 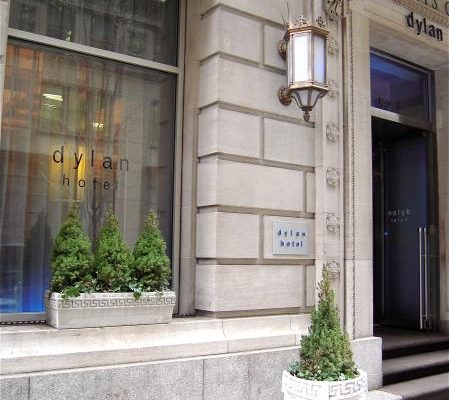 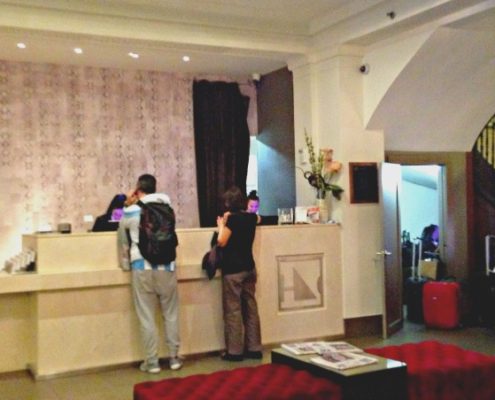 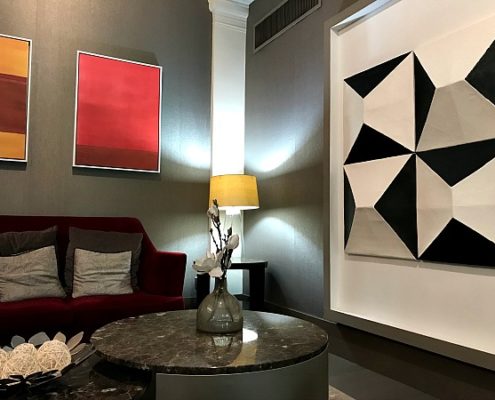 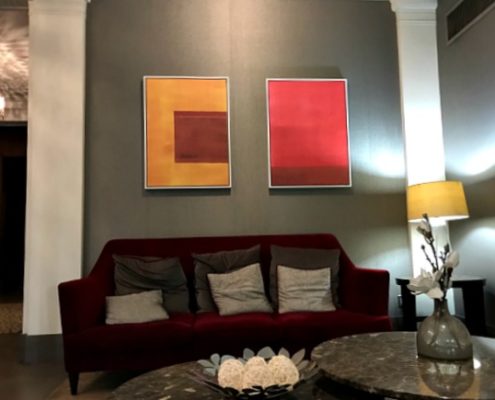 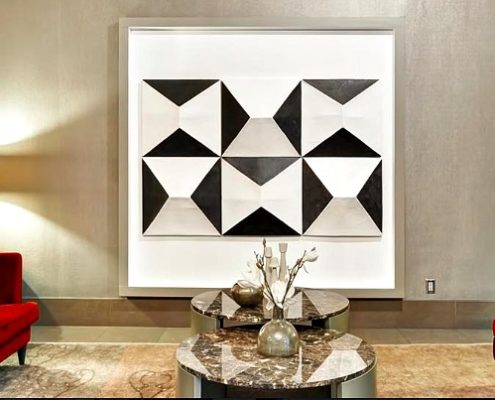 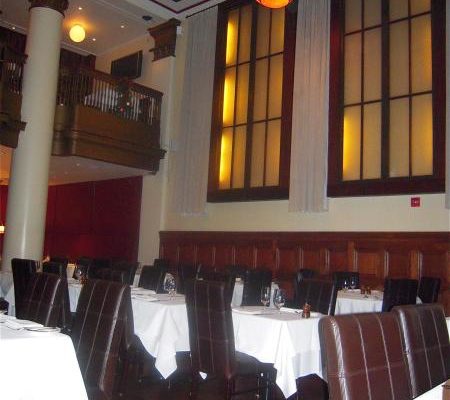 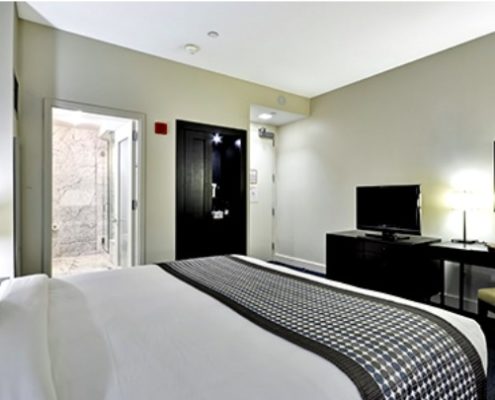