At a glance: When the Kimberly Hotel opened back in the 1980s, a lot of hotels were in the Old European style typified by pink granite lobbies, gold Louis XV-esque chairs, faded oriental rugs and flickering candelabra torcheres.

This is not exactly the 21st-century’s hottest look (not many hotels boast a china cabinet behind a velvet rope). So all credit to the Kimberly for sticking to its stylistic guns and putting a fresh spin on classic components.

Flashy and hip are not part of this quiet suite hotel’s DNA, but comfort is, if you define it as no surprises, rooms with space to spare and an agreeable location, convenient to Midtown business, shopping and the United Nations. Most rooms come with a sitting room and one or two bedrooms and all have wet bars, cabinets and refrigerators.

The Kimberly fields a friendly staff and flaunts an unusual lobby showpiece – a framed letter sent in 2001 from former President Jimmy Carter, a repeat visitor, extolling the hotel’s virtues.

And following a tweak with a new layout, bold upholstery and an adjoining room anchored by an enormous fish tank,  the classic-European-inflected lobby looks fresher and sleeker even if it still drips in ormolu.  But the showpiece is Upstairs, the terrific black-and-white roof terrace, where evening drinks and a breakfast buffet are served — and where a retractable roof guarantees an eye-popping view of the Chrysler Building year round.

Rooms: The hotel completed a renovation of all 188 rooms in 2011, and the results are sweet. Once known for its spacious but outdated suites, the Kimberly kept the good stuff – namely, the generous room dimensions — and freshened the surroundings without going trendy. The result: sumptuous rooms that are traditional but not stodgy. The hotel attracts an international business and diplomatic clientele, and they should feel at home. It’s a reminder that being a grown-up is a good thing.

In the spacious, white-walled “luxury suite” I saw, the window treatments sported fringed green velvet in almost the exact shade as the gown whipped up by Scarlett O’Hara. The handsome closet, outfitted with dark wood shelves, is a winner and a thumbs up to the enormous bathroom, with two red granite sinks, fresh tiles and a tub/shower combo. A large bedroom featured a king-size bed, elaborately dressed. Instead of a kitchen, a wood-lined closet opened to reveal a wet bar, complete with a sink and a small fridge.

The 30th floor consists of extra-large, 650-square foot renovated suites with high ceilings and new configurations, which I didn’t see.

Food and drink: Upstairs, the elegant, black-and-white 2010 roof terrace 30 stories up serves up a buffet breakfast, drinks in the evening and dazzling views — you gaze out onto the spire of the Chrysler Building. Weekend brunch comes with $14 limitless Mimosas or Bloody Marys. A smart addition to the hotel, the terrace is open-air in good weather, enclosed in bad, air-conditioned in the summer and heated in the winter and imparts a discreet — and welcome — dash of flash.

Bistango is a stylish Italian restaurant on the ground floor. A second lounge, Ibis, is a elegant, crystal-chandeliered lair offering cocktails, a seasonal menu and glamorous banquettes. It captures the ethos of its neighborhood and feels very East Side, in a good way.

Plenty of other restaurants and coffee shops, including Starbucks, are a short walk away, so you won’t go hungry. For nightlife, a lounge with a multi-starred French chef occupies in the space next door once claimed by Nikki Beach.

Amenities: A well-equipped 632-square foot fitness center opened on the second floor in late 2010, covering the basics (treadmills, elipticals, bikes and free weights). Guests also receive free passes to the New York Health and Racquet Club, a chain of large full-service health clubs offering swimming pools, racquetball and squash courts, plenteous machines and classes (nearest branch about a block and a half away). WiFi ($12.95 for 24 hours). Free internet connection is available on the computers in the Business Center.

From May through September guests receive a free pass for the three-hour sunset cruise or Sunday brunch on the 75-foot Kimberly Yacht, which sails the East River and is berthed at East 23rd Street (passes do not include a $25 charge for the cold buffet served during the cruise or transportation from the hotel to the yacht). The hotel also offers ICE-Touch (Interactive Customer Experience), an in-room monitoring service that allows guests to arrange services, from dinner reservations to ordering a car to the airport, on a touch screen.

Surroundings: Prime-time Midtown East, packed with restaurants and hotels including the Waldorf-Astoria, W New York, San Carlos and the Benjamin. Fifth Avenue stores (Saks Fifth Avenue, Juicy Couture, Tiffany, etc), St. Patrick’s Cathedral, Rockefeller Center and the Museum of Modern Art are a short walk away. Grand Central Terminal, the New York Public Library and Bryant Park are only slightly further afield as are Times Square and the Theater District. And up the street and over is the United Nations, easily walkable if you like walking. Bus stops and the subway station are nearby and cabs are plentiful.

Back story: The property began life as an apartment building, which explains the generous layouts, spacious rooms and homey feel. It became a hotel in the 1980s. And though long-term stays are a specialty, overnight stays are fine, too. Business people frequent the hotel, many from Europe. The hotel completed a much-needed top to bottom renovation earlier this year — successfully.

Keep in mind: The two main elevators can be slow, but the addition of a new service elevator, available to guests as well as staff, has sped up vertical traffic. 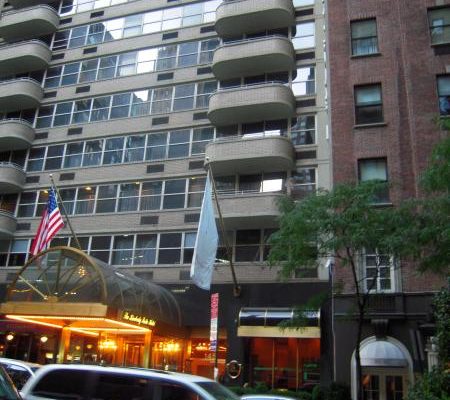 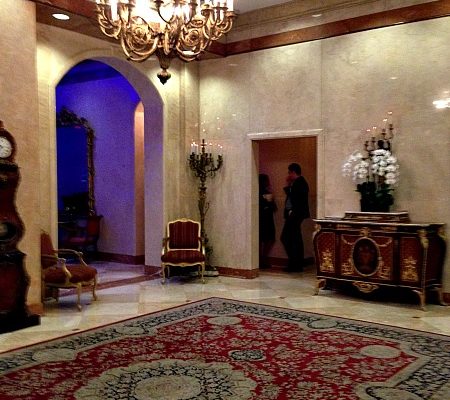 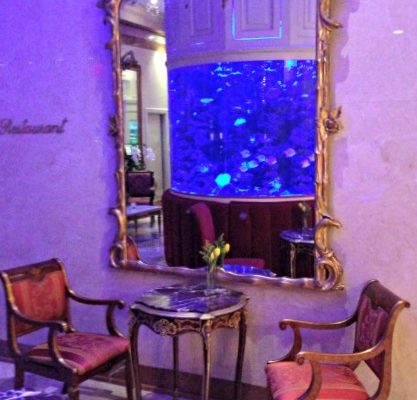 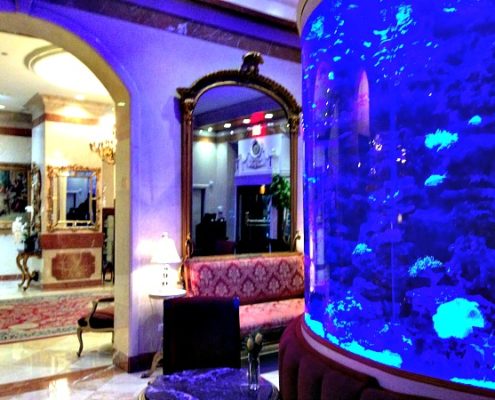 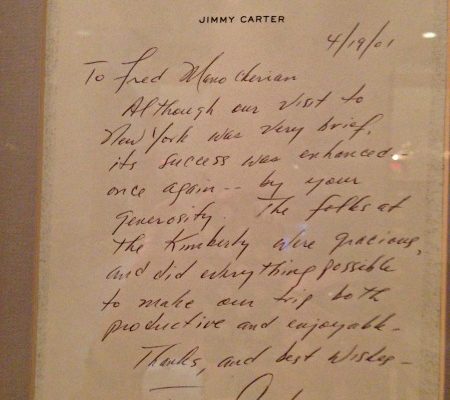 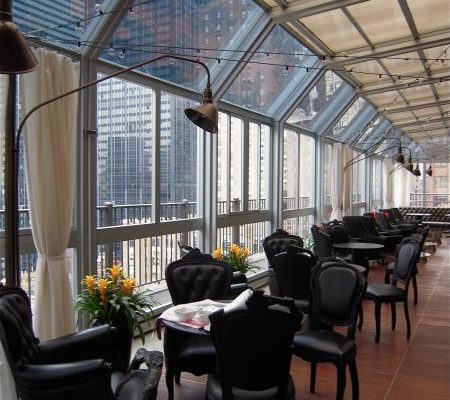 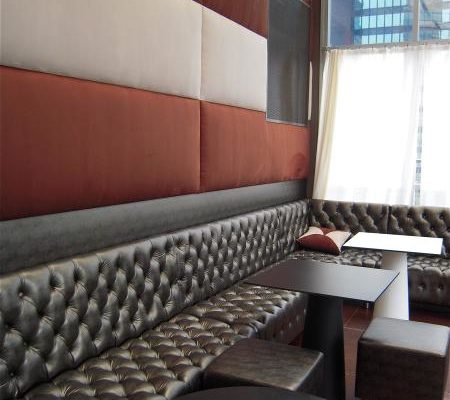 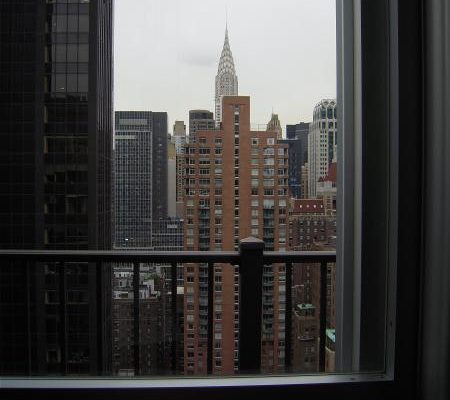 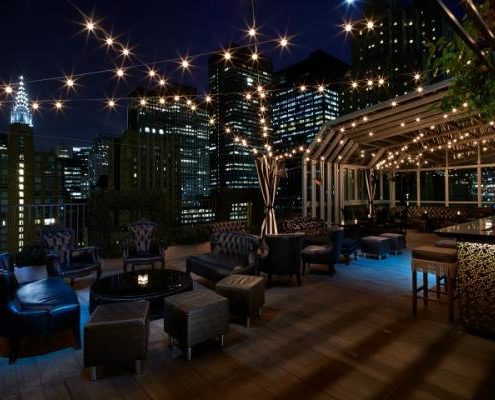 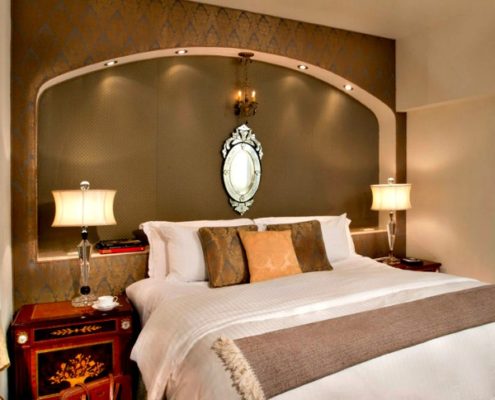