At a glance: As I strolled through the Library’s book-lined, wood-paneled lobby, I couldn’t help humming “Gotta Get a Gimmick,” the burlesque queen anthem from Gypsy. Was it the shelves of books wherever you look? Or the business cards shaped like bookmarks? Was it the guest rooms organized according to the Dewey Decimal Classification? In a word, yes.

The Library opened within eyeshot of the iconic New York Public Library in 2000, the heyday of the themed boutique hotel, and I can’t think of a hotel that embraces a motif as fervidly. Fortunately, this small brick hotel billeted in a former office building from 1912 has aged as gracefully as a Dickens first edition due, I suspect, to its choice of theme.

Decorators from Elsie DeWolfe on, after all, know nothing warms a room quite like books, whether stacked, shelved or casually left open on a table. A Kindle just isn’t the same. And the best libraries feel timeless, which could be why the hotel’s traditional-with-a-tweak décor still seems fresh.

For a small hotel with just 60 rooms the Library is rich in public spaces, from the roof’s trio of indoor and outdoor lounges to the second-floor Reading Room, a generous, book-lined abode with tables and chairs (a complimentary continental breakfast is served here) and a baby grand piano. The hotel feels cozy rather than claustrophobic, which is perhaps why I’ve struck up conversations with fellow travelers in the lounges whenever we’ve visited.

You don’t need to be a reader to stay here, but it helps. The Library stocks more than 16,000 titles. And the TVs in the guest rooms are among the smallest I’ve ever seen in a hotel.

Rooms: Library’s theme drifts upstairs where each room is named, numbered and decorated with books and images for a different classification of the Dewey Decimal Classification be it languages, the arts, literature, religion, philosophy or math. Rooms range from extremely small to big enough for two.

World Culture 300.004, the Dewey Decimal handle for the Petite Full room I saw, proved a handsome, spotless little third-floor lair but petite in the extreme. It’s amazing that they could shoehorn a fully stocked floor-to-ceiling bookcase next to the bed.

If a smart, preppy guy morphed into a hotel room, he’d probably look like this. A tall, wood-framed tufted leather headboard crowned the white-sheeted bed with a folded gold coverlet at the foot. Directly opposite, a mirror-backed granite-slab desk/dresser connected the narrow wood closet and a cabinet hiding the minibar and a teeny flatpanel TV. Pale wood Venetian blinds dressed the window overlooking West 41st Street’s vintage office buildings. I liked the handsome wood door with frosted glass insets closing off the toilet and a tub/shower combo that is well maintained but more than a decade old. The sink, mirrors and towels were visible from the bed.

Money, the queen-bed room next door, displayed the same masculine appearance telescoped out to create more breathing room. Two could sleep in this romantic roomlet without having to turn in unison. A chic square side chair stood by the bed. And the surprisingly spacious bathroom featured a small stool opposite the spotless sink.

Food and drink: The book-lined Reading Room is the backdrop for a daily continental breakfast and a nightly wine and cheese reception, both complimentary.

Drinks are served in the Bookmark Bar, the hotel’s inviting rooftop lounge, open year-round with indoor and outdoor seating. The surrounding buildings are too tall for spectacular views. But the plant-filled outdoor expanse near Madison Avenue is pretty, if compact, with the New York Public Library looming in the middle distance. With generous leather sofas and a gas-jet fireplace, the clubby indoor lounge is a great place to curl up with a good book and a glass of something potent.

Lunch, dinner and room service are provided by Madison and Vine, a casual, middle-of-the-road wine bar and bistro adjoining the hotel. With a stone floor, wood tables and a high ceiling, it’s noisy when office workers jam-pack the place at lunch. But stop by mid afternoon, as I did, and not only is it quiet, but the limited-but-sufficient bar menu, including cheese plates and pizza, is half price. My two little sliders on brioche buns were quite tasty, though they arrived slathered in Gruyere (I’d asked to hold the cheese). A server appeared instantly with an apology. The wine list is interesting and deep.

Surroundings: Attention bibliophiles: the New York Public Library and the Midtown Manhattan Branch are steps away, and the august Morgan Library & Museum, featuring the collection of financier Pierpont Morgan — including a Gutenberg Bible – is a five block walk. Also nearby are Grand Central Station, Bryant Park (and its merry-go-round), Fifth Avenue shopping and the Empire State Building. Slightly farther afield are Times Square and the Theater District, Rockefeller Center and the Museum of Modern Art. In addition to being in the thick of things – if these are the things you crave – taxis prowl Madison Avenue, bus stops are a short walk away and Grand Central Station houses a thicket of subway lines, making it easy to head uptown or downtown.

Back story: The hotel’s 12-story brick-and-terra-cotta building with Gothic details dates from 1912 — just one year after the New York Public Library opened — and was an office building for decades. It was empty for about five years when hotel developer Henry Kallan, owner/operator of New York’s Giraffe and Casablanca hotels, turned it into a boutique hotel in 2000. The intent was to create a hotel with the aura of a private club, Kallan told an interviewer. He succeeded.

But nothing is easy. Shortly after the hotel opened, the Dublin organization that owns the Dewey Decimal Classification sued. The hotel settled, agreeing to acknowledge the Online Computer Library Center as owners of the DDC in their marketing materials. (The hotel also made a donation to a charitable organization at the request of the DDC’s proprieters.)

Keep in mind: No fitness center on the premises (guests receive free passes to the New York Sports club, a five-block walk). Interior rooms can be dark. Single- and full-bed rooms are little more than book nooks. 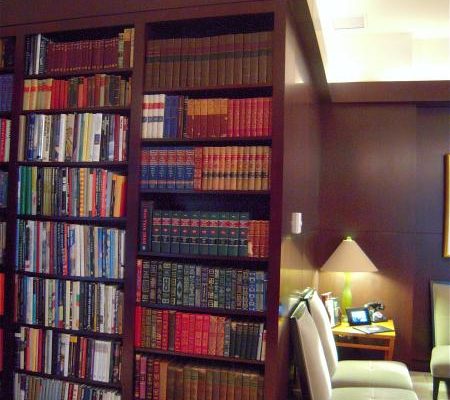 Books in The Library’s compact lobby 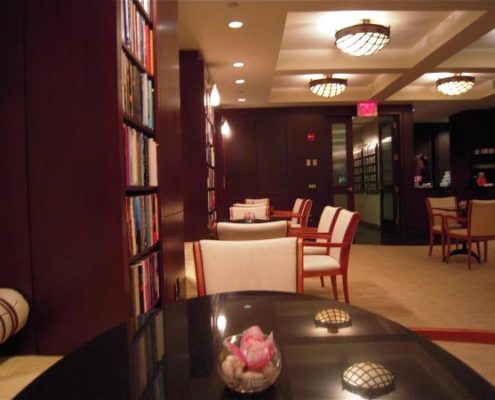 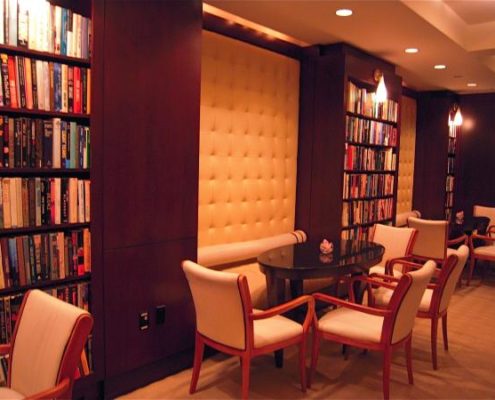 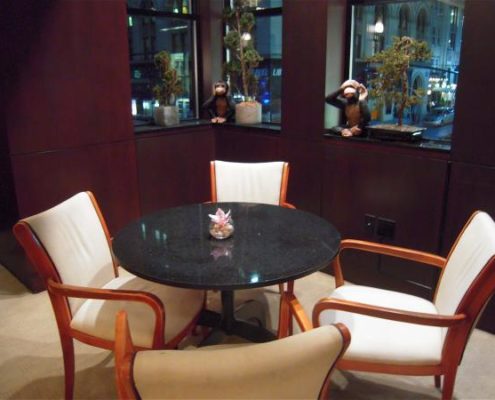 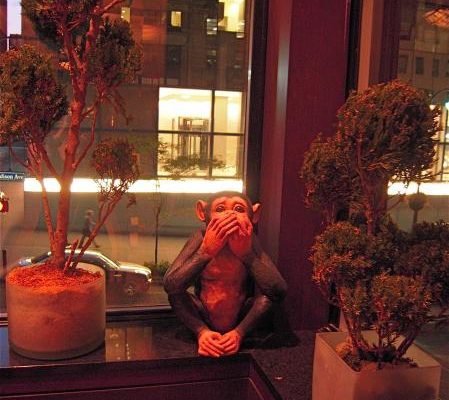 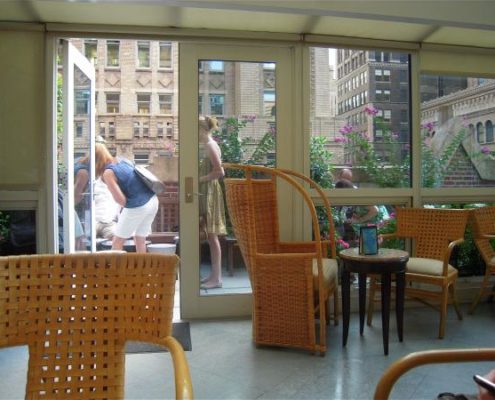 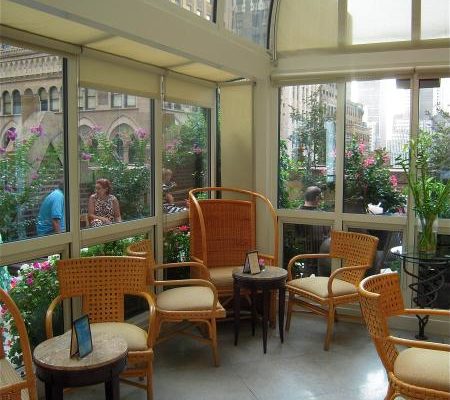 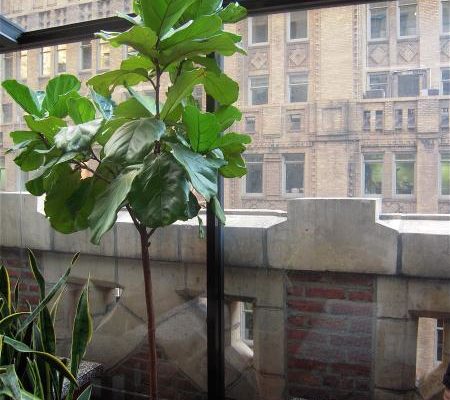 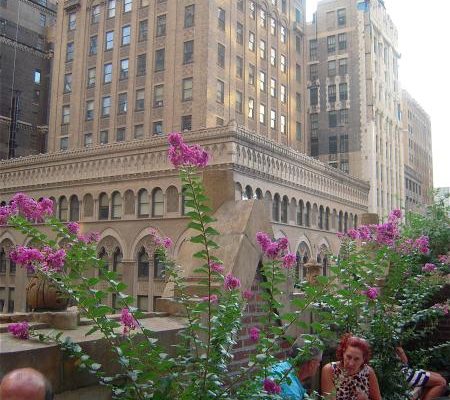 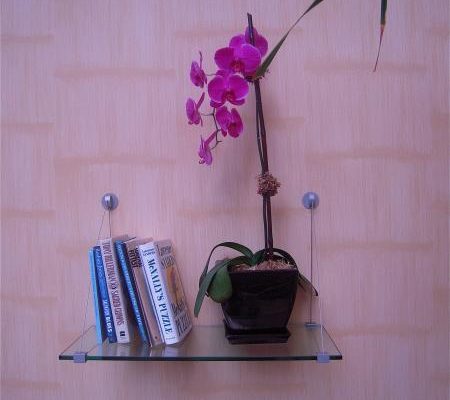 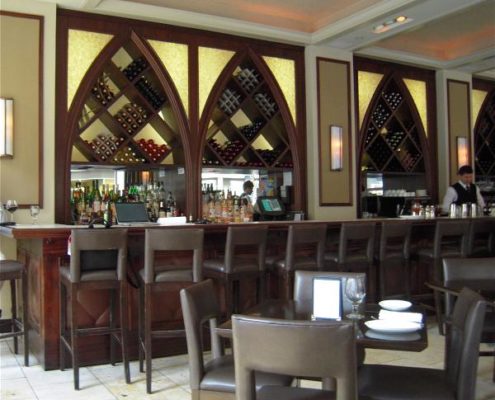 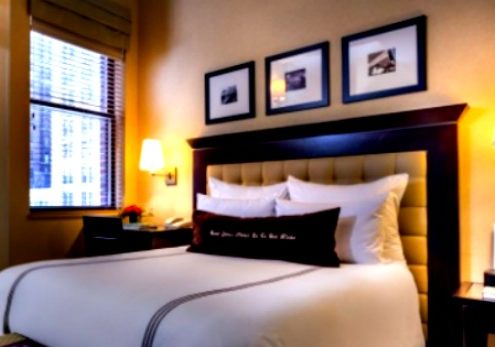