At A Glance: In Midtown East, an area of town not known for its residential ambience, Fifty Hotel & Suites by Affinia offers the next best thing – a taste of apartment living this side of Airbnb.

Hominess is in the DNA of the 250-room building, which started life in 1959 as a residential hotel. There’s no restaurant but two enormous lounges — stylish following the hotel’s $19 million renovation in 2014 – eat up the second floor. And all 100 suites, from studios to one- bedrooms, come with kitchenettes making Fifty a smart option for extended stays.

The 21st-century/mid-century look unspools on the ground floor, bracketed by two inviting spaces — a check-in area with a well-stocked grab ‘n go and, behind a whimsical quartet of sculpted metal figures, a seating area warmed, visually at least, by a floral rug and a gas-jet fireplace in a sleek stone wall. You can sink into a fanciful armchair – Danish Modern meets tweed – or a buttery leather sofa and check your messages.

Or you can head upstairs a flight – the spiral staircase is quicker than the elevator – where two lounges await, one sporty and informal with a communal table generously outfitted with outlets for electronic devices, the other cozy and chic, with yet another fireplace, library shelves stocked with New York and memorabilia and abstract paintings on the walls.

Typical of mid-century apartment buildings, details are minimal and the building’s architectural bones are cold. Windows are wide but narrow. But this stylish hotel doesn’t skimp on comfort. That’s homey, too.

Rooms: The smallest rooms are plenty big for two people, and everything larger – studio suites, junior suits and one-bedroom suites — comes with a kitchenette. Like many postwar East Side buildings, rooms sport crisp lines, minimal moldings and narrow horizontal windows. But the hotel’s midcentury decor makes the most of this extremely basic architecture.

The gray and white rooms sport geometric-patterned rugs, a comfy club chair (or two), beds dressed in white sheeting and, above the tufted headboards, a ribbon of art that looks like a color-field painting. (Designed for the hotel the latter were printed on huge canvas spools and cut to fit each room, like a roll of paper towels.) Each room also features a pair of framed New Yorker-style cartoons and a wheeled leather desk chair.

The kitchenettes range from modest to larger-than-you’d-find-in-some-Manhattan-apartments. Bathrooms are small but freshly redone with stone tiles, Parsons-style vanities and teasing wall canvases of word art, a splash of downtown cred.

Food and drink: No restaurant or bar on campus, but you won’t starve. A $16.65 buffet breakfast including cold cereal, Danish pastries, smoked salmon, bagels, coffee and juice is served weekdays in the hotel’s large 2nd floor large lounge. Coffee and tea are always available gratis in the lounge. And Fresh Direct, the popular online food service, delivers to hotel guests.

In addition, the neighborhood is packed with places to eat and drink, including Smith and Wollensky, where Andie picked up Miranda Priestly’s ill-fated steak in The Devil Wears Prada (the restaurant appears in American Psycho, too). The nearby hotels have restaurants and bars as well, including the American brasserie National at the Benjamin, the roof bar at the Kimberly and Whiskey Bar at the W. Sandwich shops and delis reside nearby, and Starbucks is a block away.

Amenities: Like other hotels in this small, well-managed chain, Fifty piles them on. Six styles of pillows are offered on the menu. A free Experience Kit, featuring accoutrements for fitness, exploring the city or an oenophile’s picnic, is available. Prior to arrival, guests can order up select room items, from yoga mats to rubber ducks. WiFi ($13.95 a day in rooms, free in the second floor lounges). The mirrored fitness room is bigger than before and, in addition to standard cardio and weight equipment, includes a shower and changing room for guests who want to work out before heading to the airport. Pets stay free of charge. Nightly wine hour.

Surroundings: Though fairly far east, Fifty Hotel & Suites has an excellent midtown location, close to office buildings, restaurants and not far from Fifth Avenue shopping. Rockefeller Center is four blocks away, and attractions like the Museum of Modern Art, Grand Central Station, the Morgan Library, the Broadway Theater District, the New York Public Library and Bryant Park are not far afield. The hotel is also agreeably close to the United Nations. Bus stops are nearby and the subway station is a short walk away.

Back story: Built in 1959 as a residential the hotel, the property was originally called the Plaza. It joined the Denihan Hospitality Group, which runs the Affinia chain, and in 2004 was renovated (to the tune of $12 million. we’re told) and renamed Affinia 50, a nod to the street where it stands. Its latest renovation in 2014 bumped up its looks and style. In 2015 the hotel tweaked its name. So long, Affinia 50. Hello, Fifty NYC — An Affinia Hotel. But not for long. In 2017 the hotel became Fifty Hotel and Suites by Affinia. That’s an apt description, but we’ll see how long that name lasts.

Keep in mind: Elevators are slow. 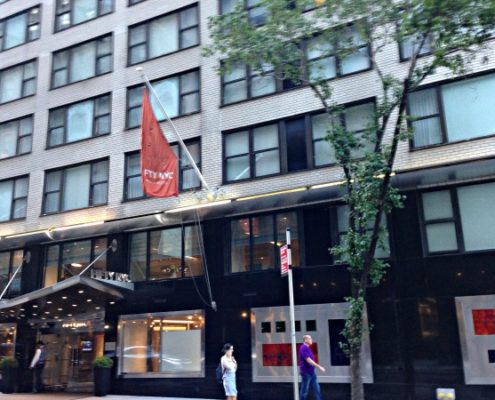 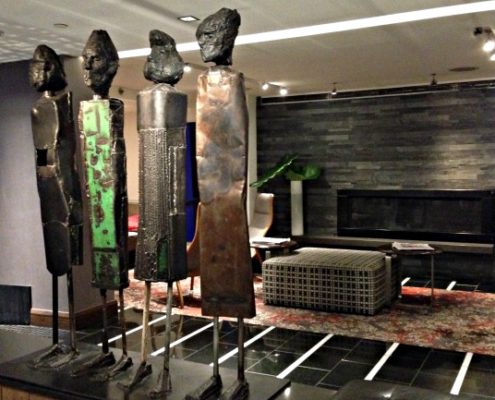 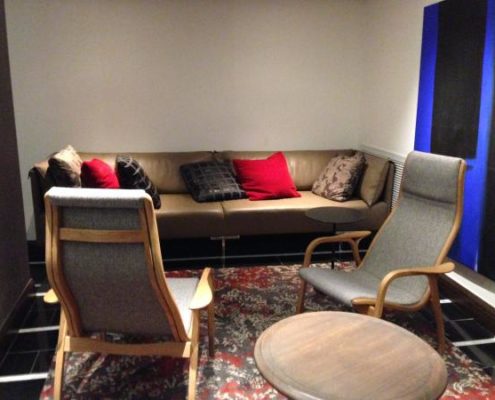 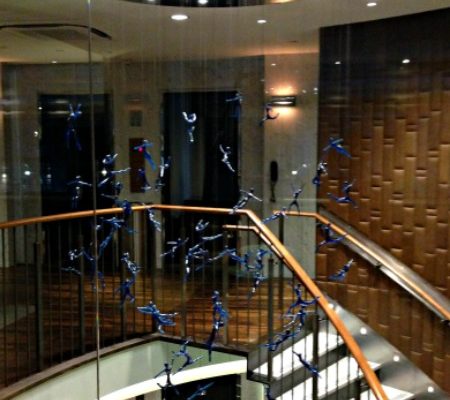 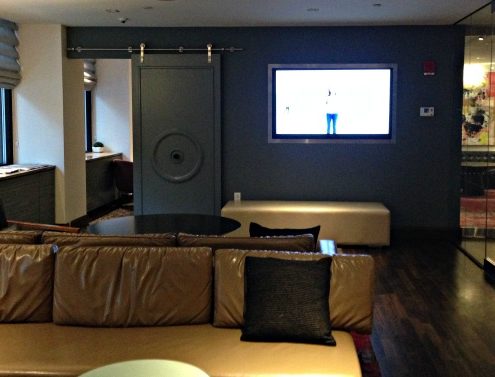 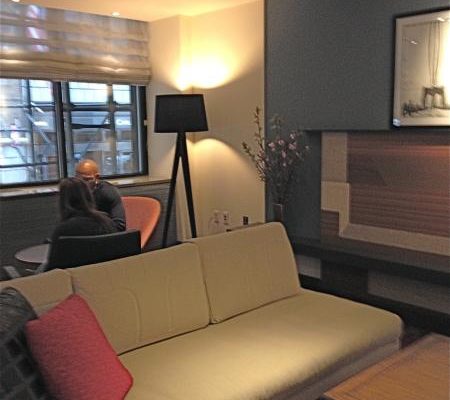 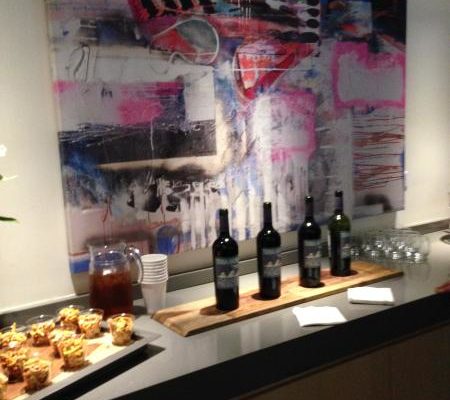 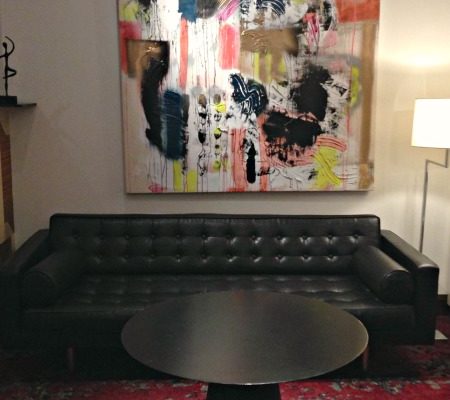 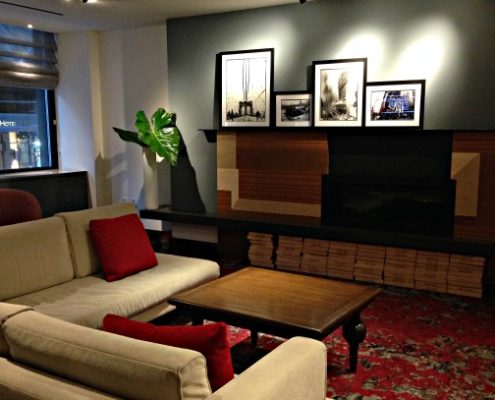 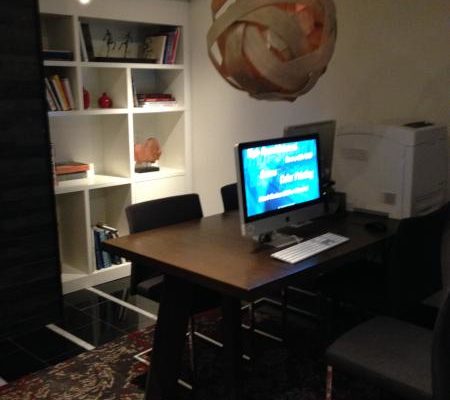 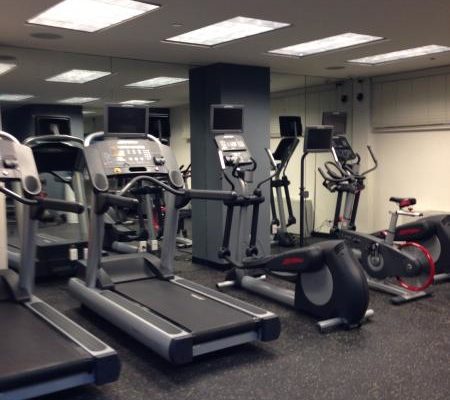 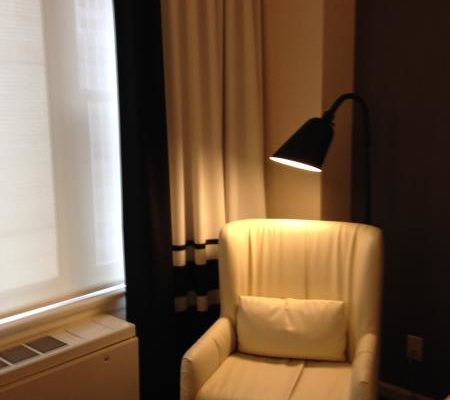 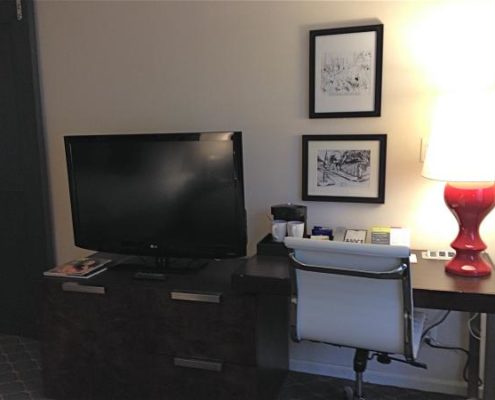 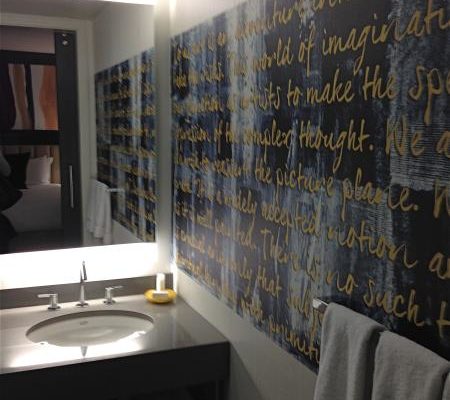 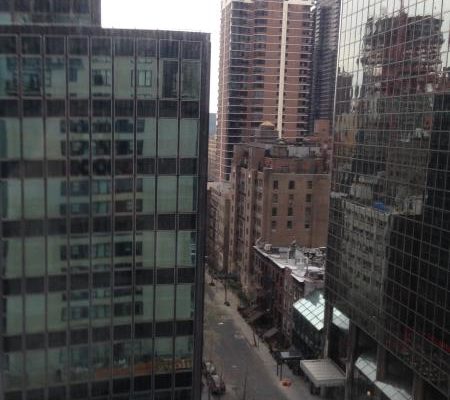 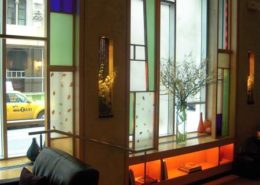