Update: To quote the Four Seasons website, the hotel “remains temporarily closed and is undergoing substantial infrastructure and maintenance work that is expected to last well into 2023.” But the backstory circles around a contract dispute between the Four Seasons management company and owner Ty Warner, the mercurial founder of the Beanie Babies empire. Apparently, these things can drag on for years. Meanwhile, the hotel’s I.M Pei building sits empty while other high-end luxury competitors are opening (rooms at Aman New York start at $2,400 a night) and oldies like the Peninsula, St. Regis and Mandarin Oriental appear to are thriving. A shame, indeed.

At a glance: In a city where space is the ultimate luxury, the Four Seasons scores an 11 out of ten on the luxe-ometer.

Nothing in this towering ziggurat designed by I.M Pei and opened in 1993 feels cramped. The Four Seasons is a city block wide, 52 stories tall and home to some of Manhattan’s highest ceilings. The wood and limestone lobby, where illuminated onyx looms 33 feet above the black granite floor, is futuristic, classic and retro all at once.

I see hints of Frank Lloyd Wright, the movie Metropolis and the Egyptian wing at the Metropolitan Museum of Art, but it’s like no other hotel in town. And though it’s more than 20 years old, the hotel feels timeless, like a Chanel bag.

True, it scale can seem daunting; the concierge desk looms above a flight of stairs as you enter, like the Gates of St. Peter.

But settle in, and the Four Seasons breaks out the good stuff, offering relaxation, comfort and serenity, even with its thick-of-things Midtown address.

Because it’s so huge, surprises await — nice ones, like the magnificent (gas-jet) fireplace in the Ty Bar,  the art gallery behind the front lobby, the aerobic buzz if you power walk from end to end. Given such stupendous square footage, the paltry seating prompts a roll of the eyes. Plenty is available, of course, in the bar and The Garden restaurant that bookend the lobby, albeit for the not insignificant admission price of a meal or a drink.

Still, the ultimate star is all that sleek square footage. Small surprise that the women’s restroom is larger than some Manhattan apartments — and a lot more glamorous.

Rooms: Refreshed following a $120 million renovation in 2016, room style is timeless in a contemporary way. (The heavy bedspreads are history — at last!) Owner Ty Warner of Beanie Baby fame had a say in the luxury accoutrements, which are plentiful. The golden English sycamore walls remain, setting the tone. New are king-size beds atop pedestals that light up for a floating effect (or an instant nightlight), wool carpeting, the mirrored wall behind the bed and the clean-lined Japanese tamo ash furniture.

Bigness remains the sweetest amenity.  The smallest rooms, a minimum of 500 square feet, are like junior suites, the suites could be small apartments, and all boast decent-to-dazzling views of the city or Central Park, thanks to their 10-foot ceilings and Pei’s clever recessed design. The king-size bed floats miles away from the buttery club chairs and wall-mounted flatpanel TV that swivels for maximum viewing. A sizable dressing area adjoins the marble bathroom, where a generous, glass-lined stall shower and separate soaking tub, complete with mirror-hidden TV — and zapper — await.

Food and drink: Breakfast, lunch and weekend brunch are served in The Garden, the foresty lobby restaurant that’s been bumped up a notch under Executive Chef John Johnson. Lemon ricotta pancakes are the signature breakfast dish. They’re said to have originated here and come with local butter (as well they should for $34). At present, the restaurant and bar at the back of the hotel, once home to the swanky L’Atelier de Joel Robuchon, are unoccupied.

Ty Bar, renovated in 2014, is good looking and glamorous with an extensive menu of crafted cocktails, wines, beers and nibbles.

Cool detail: When the breakfast hostess noticed I was wearing black, the heavy white napkin, a lint bomb no doubt, disappeared and was replaced by a large black napkin.

Amenities: Ample. The mirrored basement fitness center is well equipped with personal trainers available but lacks a view (naturally). The subterranean locale is more conducive to the J. Raphael Beauty Spa, which oozes serenity and resembles the rest of the hotel, only more zen. There’s a sauna in both the men’s and women’s locker rooms. Lots of goodies for kids including a welcome gift, children’s menus, baby toiletries and kid-size robes. Comp shoe shine. Free WiFi (at last). Pets stay free of charge.

Surroundings: Midtown central. Fifth Avenue shopping, Central Park, Midtown businesses and countless restaurants are within walking distance as are the Museum of Modern Art and the Paley Center for Radio and Television. Times Square and Broadway theaters, Rockefeller Center, Grand Central Station, the New York Public Library and Lincoln Center are only slightly further afield. Subway stops are a short walk away. The bus stop is at the end of the block.

Back story: You’d never know from its silky demeanor, but the Four Seasons New York had a tumultuous conception. Though architect I.M. Pei was on board from the get-go, the hotel was originally designed as a link in the luxurious Regent chain. But ownership changed, deadlines languished, and construction took nearly five years. (Locals may recall the hulking construction site that seemed in suspended motion between Madison and Park.) The hotel opened at last in 1993 under the management of the Four Seasons. In 1999 it was purchased by Ty Warner, founder of the Beanie Baby empire, a boon for young guests, who often receive stuffed Beanie Babies at check-in.

Keep in mind: A pot of La Colombe coffee in the restaurant costs $13, and a glass of fresh-squeezed orange juice is $18. 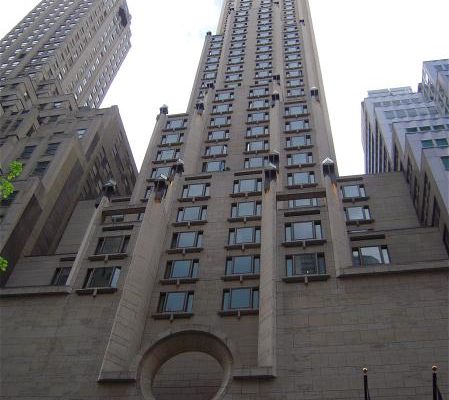 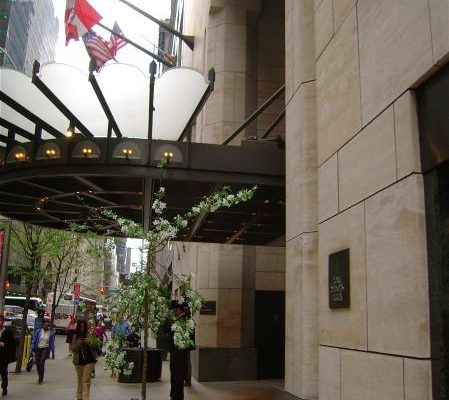 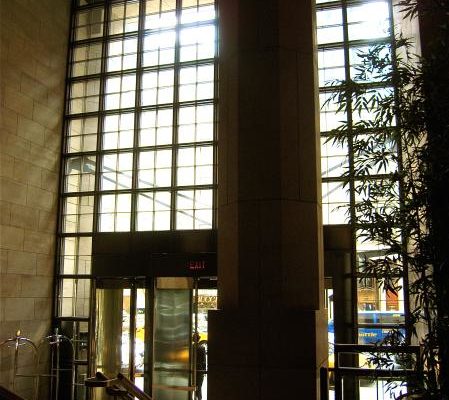 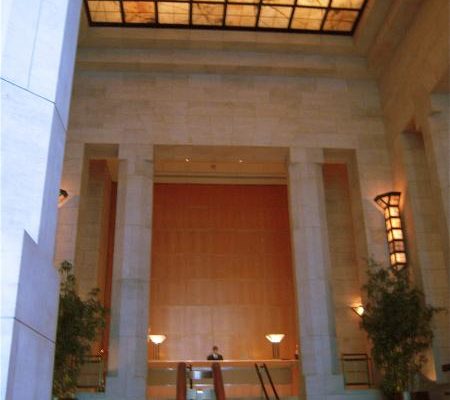 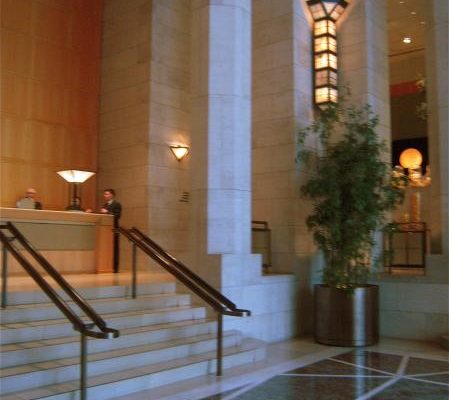 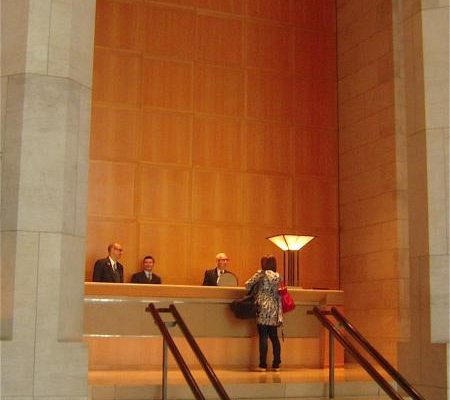 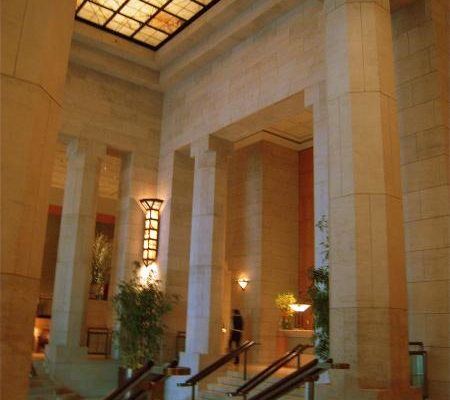 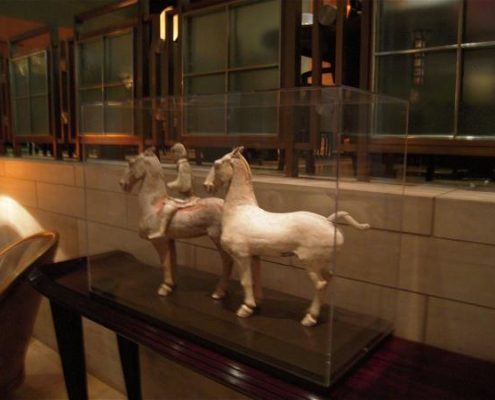 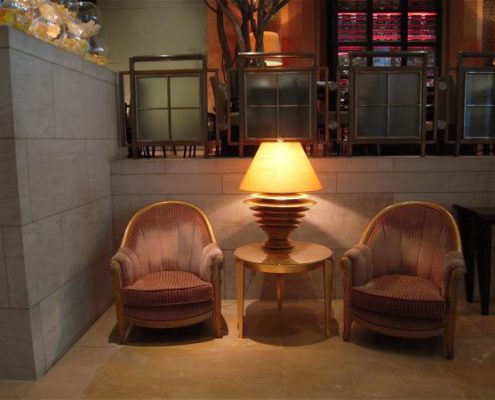