At a glance: The Belleclaire occupies a spectacular Emory Roth brick building replete with turrets, bay windows and carved limestone gargoyles. But for years entering this wildly phantasmagorical 1903 structure – one of the few with such panache on the Upper West Side — was a letdown. The lobby was narrow and awkward. Never in your wildest dreams would you imagine this was the W hotel of its day, a Beaux Arts hipster attracting guests like Mark Twain and Maxim Gorky.

That changed in 2013, when the lobby’s long, painful renovation ended with a flourish. And over the summer of 2018, the hotel completed the job, resurrecting the hotel’s original entrance on Broadway, installing a Beaux Arts awing to make it a statement and making the lobby even larger and more eye-catching.

Then the pandemic struck, and the hotel morphed into a temporary homeless shelter. Turns out, room renovations were taking place simultaneously. In 2022, the hotel reopened for paying guests with a fleet of refurbished rooms that are stylish and fresh. But in what seems a hospitality game of whack-a-mole, a chunk of front lobby is once again closed for renovations. All is not lost. You enter from Broadway through a wide, wood-paneled hallway where can plop on a sofa to check your messages and amuse yourself scanning the wall of wood-and-glass treasure boxes filled with early 20th-century memorabilia like typewriters and top hats that separates the seating area from the elevators.

In short, the Belleclaire has been bumped up more than a few notches to a comfy/contemporary neighborhood hotel with some style. We look forward to the return of the full lobby.

Rooms: The exterior oozes history, but inside, the rooms have been yanked into the 21st century by designers Silvia Zofio and Gisselle Cineza.  The refurbished standard queen-bed room we saw was big enough for two people with pale gray walls, a bed dressed in snowy Frette linens and a wood floor (yes!). The bathroom had a tub/shower combo and was surprisingly large.

But all standard rooms are not created equal. A smaller standard queen we saw wasn’t nearly as airy and had a courtyard view that made it darker.

Need space for the family? Suites can sleep six, and roll-aways are available.

Food and drink: An agreeable outpost of Mille-Feuille Bakery, a Francophile bakery started by former American software engineer who studied the art of pastry in Paris, adjoins the hotel lobby. Starbucks, uber-deli Zabar’s and food stores Fairway and Citarella are nearby as are numerous restaurants

Surroundings: Residential but bustling with lots of restaurants and shops on Broadway, around the corner from the hotel entrance. Lincoln Center, Riverside Park, the American Museum of Natural History and Rose Planetarium and the New-York Historical Society are an easy walk. Midtown with its shops and restaurants and Times Square and the Theater District are a straight shot south by subway or bus; Columbia University is a straight shot north. Lincoln Center, 11 blocks away, is reached easily by bus, subway or foot. And the subway station and bus stops are a short walk away, including the 79th Street crosstown bus, which deposits you across the street from the Metropolitan Museum on Fifth Avenue.

Back story: The Belleclaire opened in 1903 and was the W Hotel of its day — hip, stylish and flamboyant. Famed architect Emery Roth, known for landmark apartment buildings like the San Remo and the Beresford as well as the Warwick and Beverly (now the Benjamin) hotels, devised the exuberant exterior with a heady blend of Art Nouveau and Vienna Secession styles. Mark Twain was an early guest as was Russian writer Maxim Gorky, who was asked to leave when it was discovered the woman accompanying him was not his wife. A menu from the hotel’s glory days is currently displayed in the front window, an amusing artifact.

The hotel eventually lost its gloss — and A-list guests. Over the years it housed youth groups and displaced persons. A rehab in 2003 positioned the place as a modestly priced family-friendly hotel with neo-Scandinavian-style rooms. Rooms received a drastic redo in 2008, the new fitness room was added, and voila, the Belleclaire was reborn. With the lobby, completed in 2013, the refurbishment feels complete. The hotel is part of the Triumph Group, featuring stylish updates of vintage hotels including the Iroquois and Cosmopolitan.

During the pandemic, the Belleclaire housed homeless people. Following complaints from local residents, the homeless residents were moved out and room renovation commenced. The hotel reopened in 2022 with refurbished rooms. Unfortunately, part of the lobby is temporarily closed. We’ll let you know when it reopens.

Keep in mind: Window air conditioners in some rooms (which can be noisy). Hallways are narrow but freshly wallpapered.

Emory Roth’s exterior for the Belleclaire 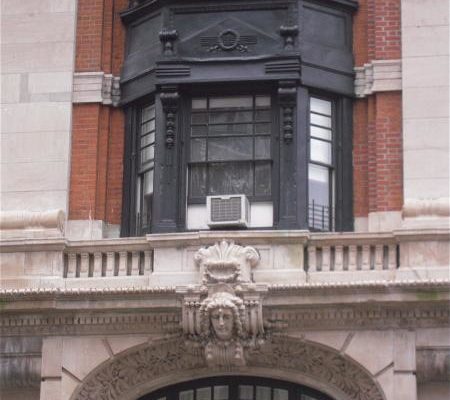 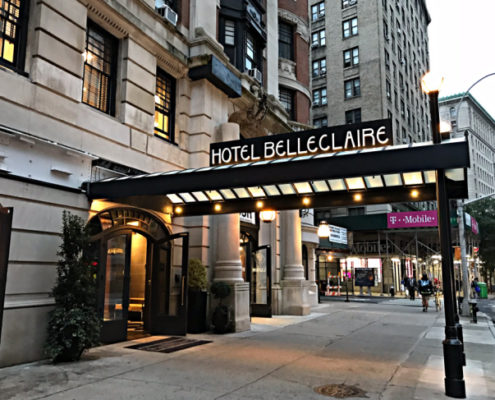 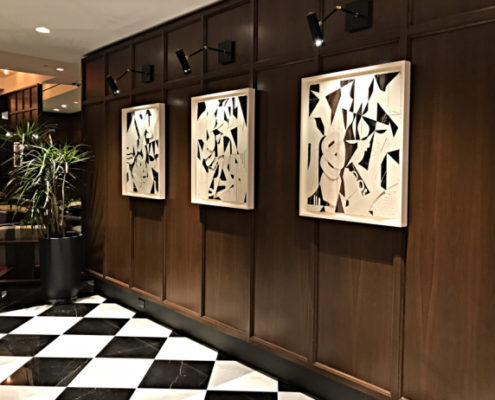 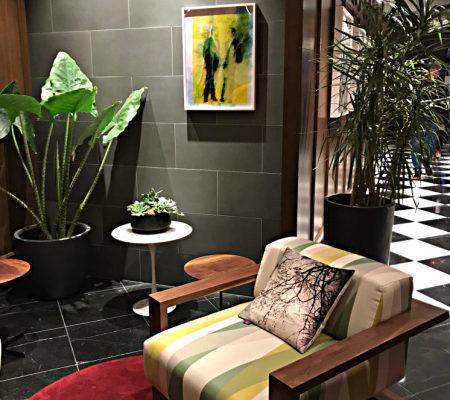 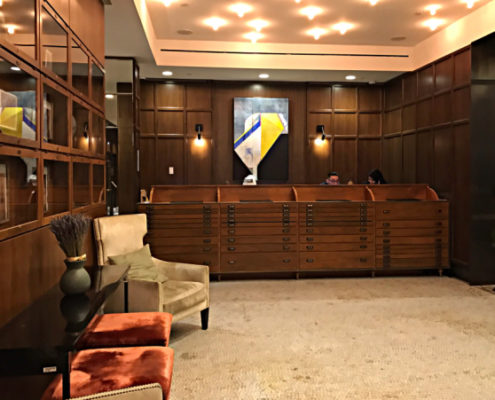 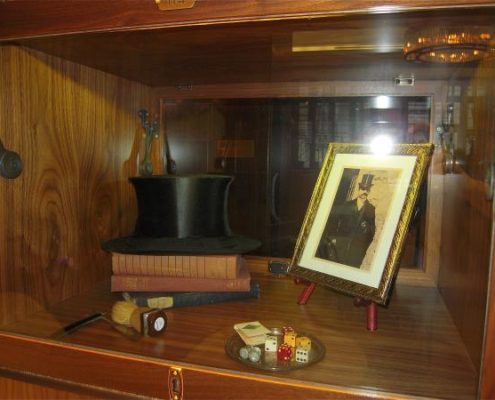 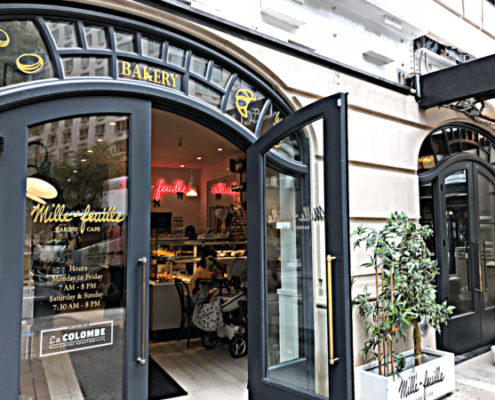 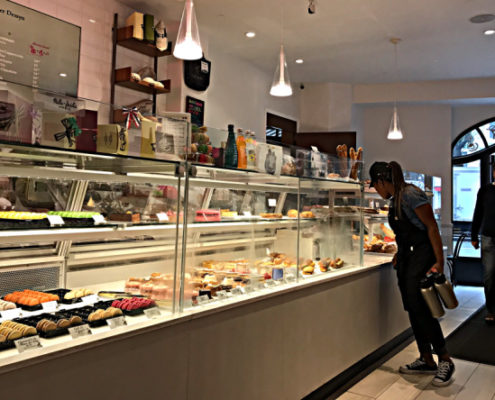 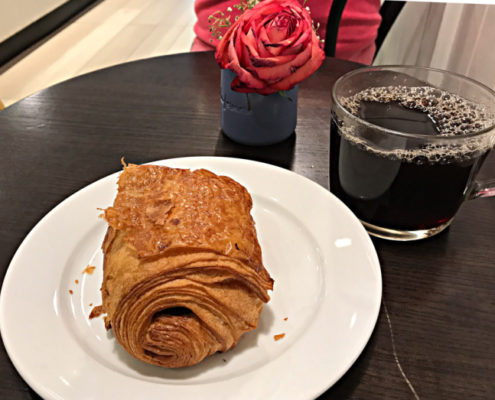