At a glance: The Ace Hotel is a testament to graceful aging. When the hotel opened in 2009 it was the coolest place in town, the kind that can fade fast. But Ace still has its mojo, perhaps because its components are hard to beat.

A testament to artful recycling, Ace resides in the former Breslin Hotel, a once-bedraggled 1904 pile, and sports some of the most forward looking retro design in town, courtesy of Roman & Williams, one of New York’s of-the-moment hotel design teams.

It’s got neo-grunge cred, thanks to its Portland, Oregon mother ship (eight other Aces are in the pack). It’s got the Breslin, a British-inflected artisanal restaurant specializing in chic pub staples, like lamb burgers and beef and Stilton pie. It’s painted black, right down (or up) to the mile-high lobby ceiling, garnished with the original decorative plaster.

The lobby isn’t quite the scene it once was, but it’s still buzzing, the 21st-century incarnation of the Royalton hotel lobby of the 90s. Is it coincidence that Roman & Williams devised the Royalton’s dramatic 2008 redesign?

At night, the lobby morphs from a stylish Starbucks into a lively bar, often with a DJ.

Night or day, I love the lobby’s contrived-but-clever Cool Victorian look, layered with white schoolhouse lamps, oddball diversions like a photobooth and taxidermy accents, here a fox, there a raven. It’s still a great place to hang out, if you can find an unoccupied chair.

Rooms range from moderate to pricey, a high-low mash-up that characterizes the entire chain. But Ace-style cool comes with foibles, like small, oddly shaped rooms and the accumulated grottiness of a century-plus building. No matter – Ace houses its own ecosystem, with boutiques (Opening Ceremony sells everything from evening clothes to Haribo raspberries), three bars, a buzzy contemporary art gallery and even a sandwich shop.

Rooms: Rooms range from bare-boned, dormlike cheapies to lofts and suites with all the comforts of a DUMBO loft.

The medium room I saw was the post-college pad of my dreams, complete with a turntable, a small black box fridge stocked with Vitamin water and Jack Daniels, and a low, white-sheeted platform bed with a black and white plaid Pendleton blanket folded at the foot, a nod to the hotel’s Pacific Northwest origins. The black accent wall opposite the bed framed the flatpanel TV. (The remaining walls were white.) In lieu of a closet, a wall sported hooks with hangers, and a clever trio of stacked black boxes offered storage space and a safe. The small white-tile bathroom had a stall shower and a white pedestal sink behind a glass-paneled door backed by a white curtain.

In the one-bedroom corner suite, curved windows with black shutters and a Chevron-patterned hardwood floor defined the pleasing seating area. French doors led to the sleeping area. And the enormous bathroom featured a claw-foot tub and a separate stall shower.

Cool detail: Original art is painted directly onto a wall in most rooms, usually behind the bed, and in the lobby (note the black and white mural leading up the stairs to the mezzanine). No two renderings are alike.

A (slightly) uptown riff on the wildly successful, British-inflected Spotted Pig, the Breslin was devised by Pig’s celebrated creators Ken Friedman and April Bloomfield and serves up succulent, damn-the-artery creations concocted from almost every animal known to man, like lamb burgers, smoked pork belly and Scottish eggs. The Breslin is holding tight for now but feels endangered, part of the fallout from accusations of verbal and sexual harassment leveled at Friedman by female employees (he is no longer a partner in the venture). The restaurant also failed to earn a Michelin star in 2019 for the first time in years.

The charming John Dory Oyster Bar will close on February 23, a one-time Frieman/Bloomfield creation. But it will be replaced by the flagship outpost of Milk Bar, the popular dessert chain. We were huge fans of John Dory’s kedgeree, but hey, we love dessert, too. Milk Bar is set to arrive before the end of 2019.

Surroundings: The hotel sits on a ho-hum block in the hip outskirts of the Garment District (the Fashion Institute of Technology is nearby) and the Flower Market. Chelsea is close by, and Downtown destinations, like the Meatpacking District, the Village, SoHo and Tribeca aren’t too far. Madison Square Garden, Macy’s and the Empire State Building are an easy walk uptown. Times Square and the Theater District, Grand Central Station, Rockefeller Center, Fifth Avenue shopping and Lincoln Center are easily reached by subway, bus or taxi. The subway station is several blocks away; bus stops are even closer.

Back story: Ace started out in 1904 as the Breslin, a state-of-the-early-20th-century-art $1 million hotel owned by hotelier James H. Breslin. A luxury hotel, it featured a grill room just for “ladies,” and counted heavyweight champ Joe Lewis and civil rights activist and historian W. E. B. DuBois among its guests.

Like the surrounding neighborhood, the Breslin eventually fell on hard times and evolved into a single room occupancy hotel, aka SRO. Some of the permanent tenants were still in residence when the Ace opened, a common occurrence when such properties are transformed into conventional hotels in New York. (Newspapers and websites like Hotelchatter detailed some messy skirmishes between the developers and the residents.) More recently, there were noise complaints from a house of religious worship across the street.

In November 2013, Ace creator Alex Calderwood died unexpectedly at the age of 47. A gifted hotel innovator with near perfect-pitch, he is missed, but his Aces are flourishing.

Keep in mind: One of the rooms I saw smelled close and needed an infusion of air. 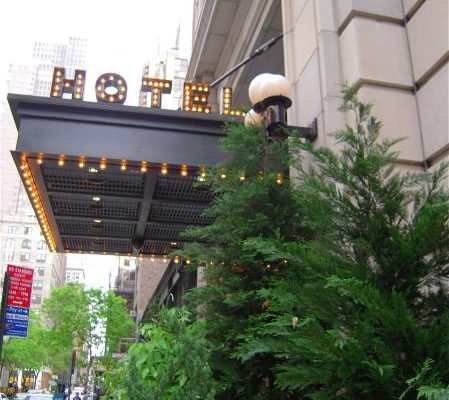 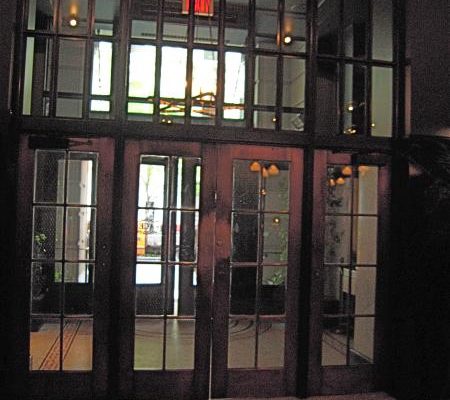 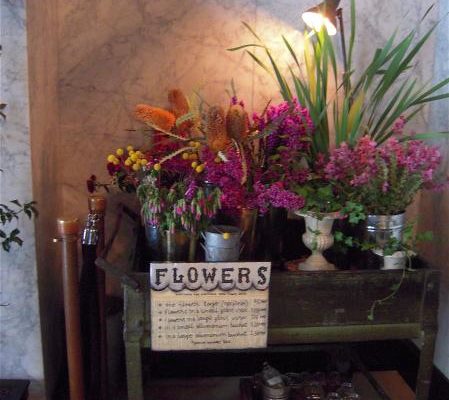 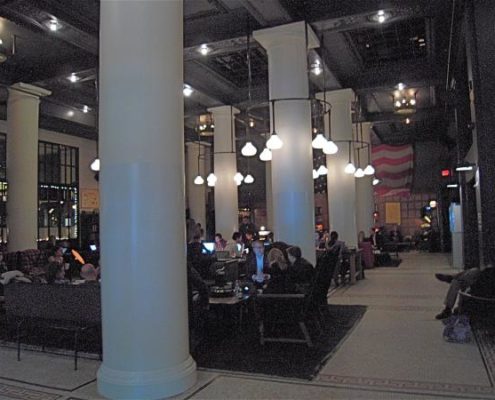 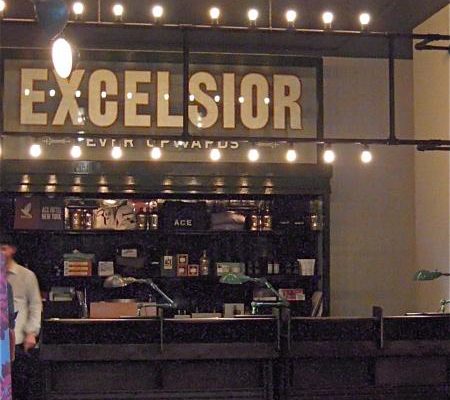 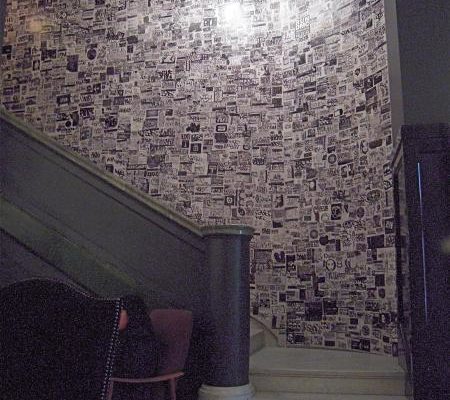 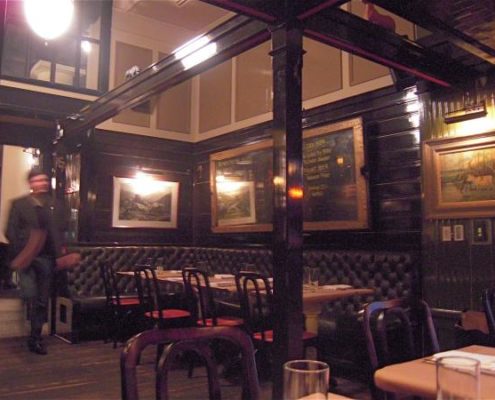 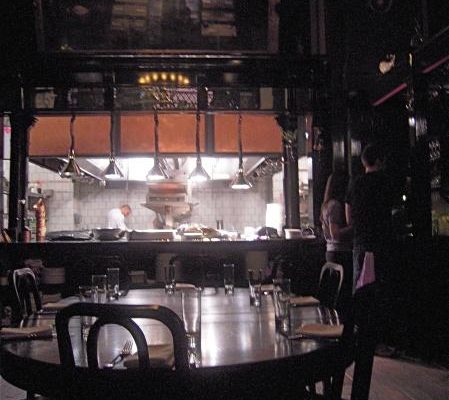 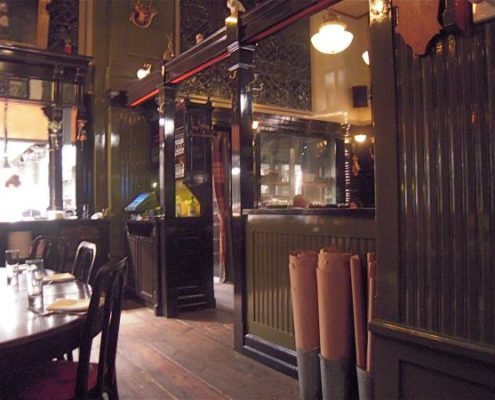 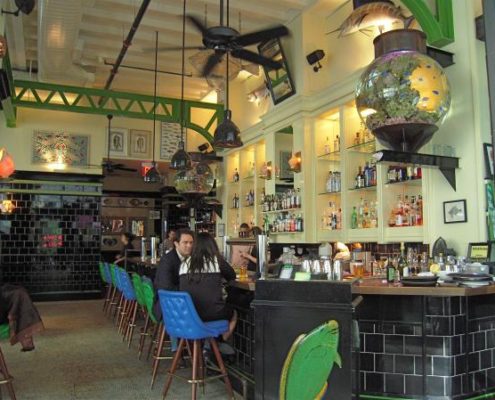 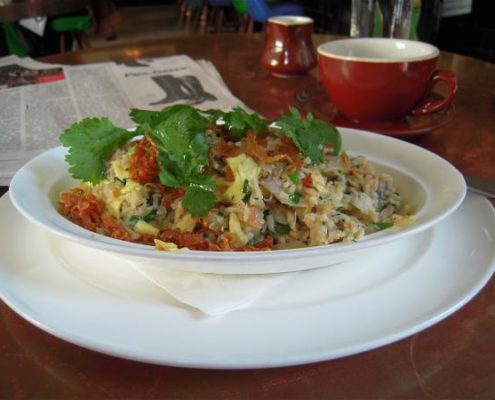