At a glance: The Lowell reminds me of Holly Golightly’s take on Tiffany’s – it’s the kind of place where it seems nothing bad can happen.

This quiet, luxurious 1927 brick tower, solid but stylish, looks and feels like a smart East Side apartment building — and often serves as a residential hotel for the well-heeled Brits, Europeans and Hollywood types who frequent it.

A liveried doorman stands out front. And comfort is in abundance upstairs, where rooms, including some outfitted with brushed metal four poster king beds, seem more like pieds-a-terre than typical hotel rooms (most are suites and many were designed by Los Angeles decorator-to-the-stars Michael Smith).

The Lowell doesn’t have a trendy bone in its sleek, well-heeled body, and from the look of the guests, that’s just fine. And with the addition of the Club Room (a glamorous sitting room where guests can eat, drink and hang out) and the freshly renovated lobby, a feast of grisaille and inviting places to sit, the Lowell is more delectable as ever.

Rooms: Think updated English country house with better heating and A/C. The specialty suites designed by Michael Smith are stunners, notably the Garden Suite which has two terraces (one for drinks, one for dinner), wood floors, a brushed metal four poster bed, a sparkling white kitchen and a flat panel TV by the soaking tub in the white marble bathroom. Newly renovated marble bathrooms with soaking tubs and glass-lined stall showers are in many — but not all — of the suites. (Ask before you book.)

Rooms, from doubles to the penthouse suite, are individually decorated in soothing neutrals, are spacious (the smallest are 400 square feet) and come outfitted with up-to-date kitchenettes, flat panel TVs and Frette sheets. Request a wood-burning fireplace; this is one of the few hotels to offer them in guest rooms.

Food and drink: Breakfast and afternoon tea, cocktails are served in the second-floor Pembroke Room, a cheery, ice-blue, fabric swathed lair so Brideshead it’s almost a spoof. The room qualified as one of the most tranquil spots on the East Side when I stopped by for tea on a Friday afternoon. In fact, I had the place to ourselves save for a table of three women, straight out of Sex and the City, and a mother and her five-year-old, who seemed less-than-thrilled with the pink lemonade.

Amenities: Lavish. WiFi, daily shoeshine, Fiji water at bedtime, drink of your choice at check-in — all comp. Bulgari toiletries; iPod docking stations. Pets allowed, no charge. The second-floor gym isn’t huge, but it’s civilized with a smart selection of machines, a wall of mirrors, complimentary fruit, water and magazines, and windows that overlook the pretty block of East 63rd Street below.

Surroundings: Prime real estate if you think like Holly Golightly. Central Park, Midtown businesses and serious shopping (Barneys, Bergdorf’s and Tiffany’s) are steps away. Madison Avenue and its environs burst with well-known restaurants. The Whitney Museum of American Art is up the street on Madison Avenue, while Fifth Avenue’s Museum Mile, anchored by the Metropolitan Museum of Art, is easy to reach. Rockefeller Center, Times Square and the Theater District are slightly further afield but easy to get to. The subway station is a five-block walk, but the bus stop is steps away.

Back story: The Lowell started life as a genteel residential hotel and, though guests can now stay for just one night, its mission hasn’t changed much. Privacy is a selling point, one reason the hotel scores a healthy complement of bold face names. When Madonna checked in after her divorce from Sean Penn, she had the hotel outfit her suite’s second bedroom as a mini-gym with a treadmill, Stairmaster, free weights and ballet barre. The equipment stayed, and the room was christened the Gym Suite for a while, but these days it is once again a classic two-bedroom suite. A three-year renovation wrapped in 2017 with the refreshed lobby and the gorgeous new Club Room for guests and the new French-Moroccan-inflecred Marjorelle restaurant and dashing Jacques Bar that replaced the Post House Restaurant and Bar, the long-standing, proudly masculine steak house.

Keep in Mind: Like most East Side luxury properties, the Lowell feels warm and friendly if you’re a guest, less so if you’re just passing through. 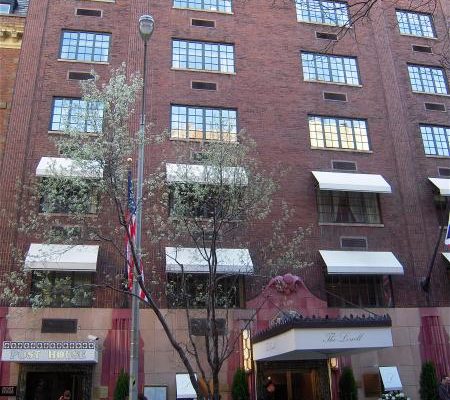 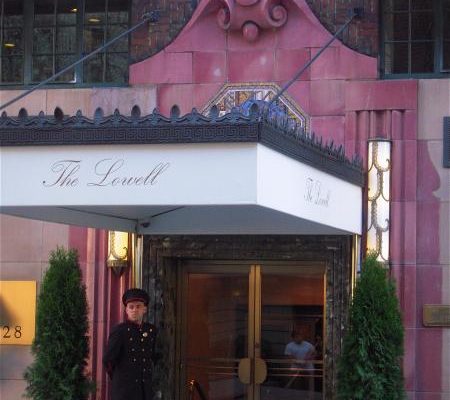 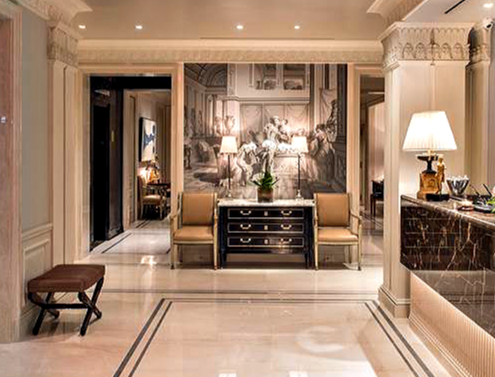 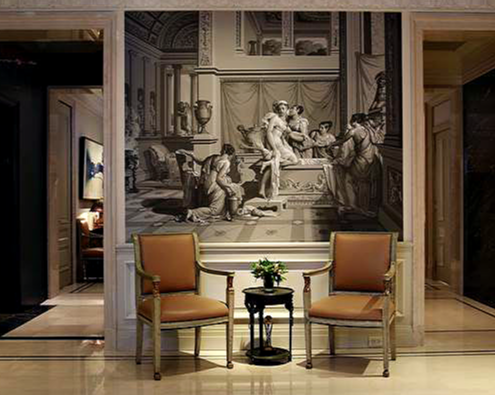 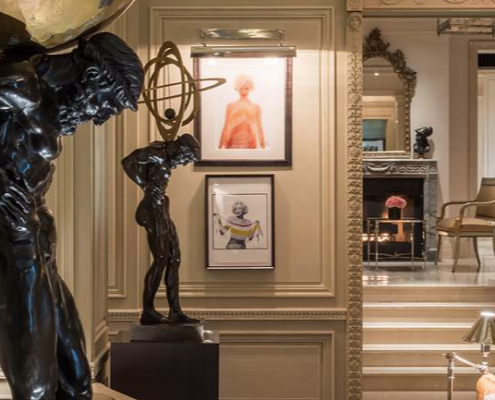 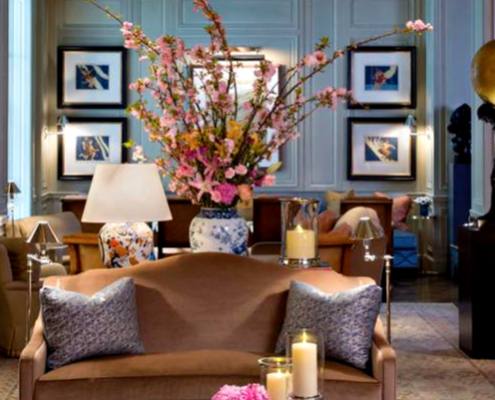 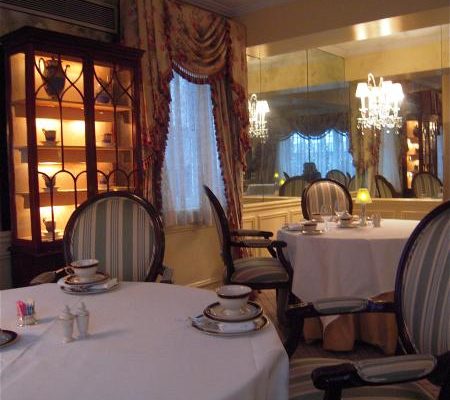 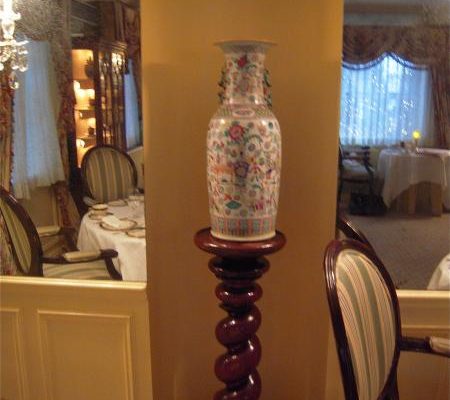 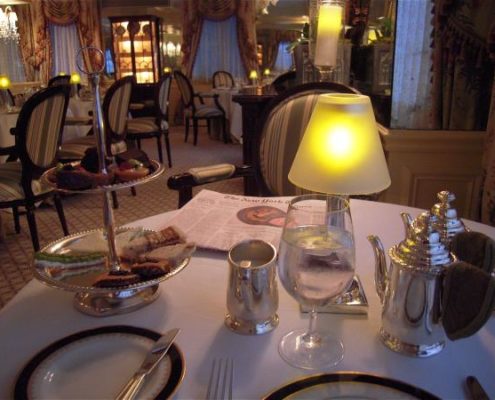 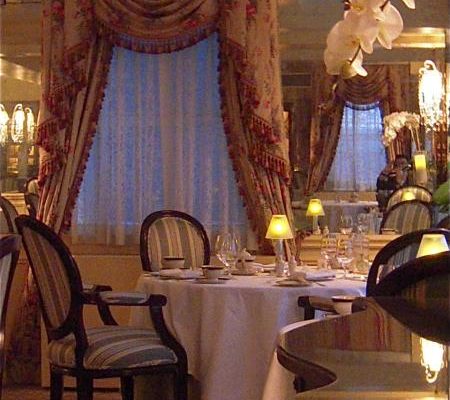 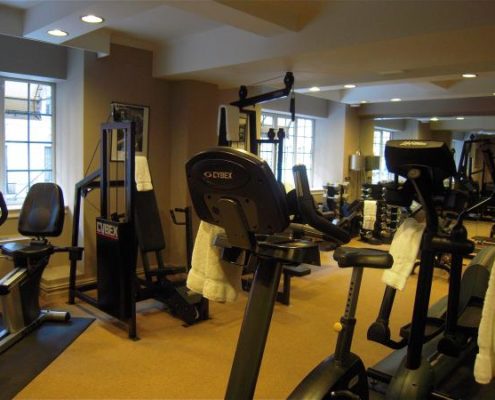 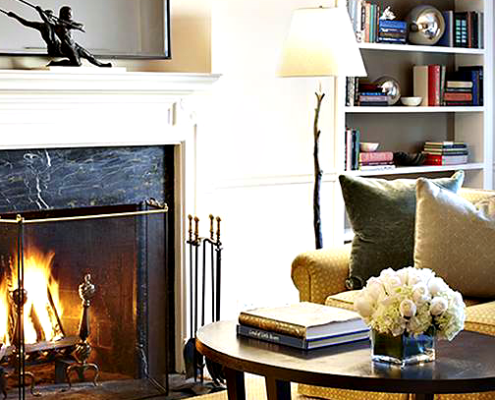