At a glance: If I were to choose my favorite backdrop for a hotel it wouldn’t be a contemporary glass-and-metal high rise.

But Eventi, a confident if towering Kimpton sibling, makes the most of its skyscraper assets (half the rooms have views of the Empire State Building). And somehow the place manages to drum up a sense of atmosphere that doesn’t seem pasted on, particularly following a successful update in 2016 that transformed the ground floor public spaces.

If you’ve been here before, you’ll notice dramatic changes. The pleasant but awkwardly shaped lobby has shrunk to a more manageable but agreeable space outfitted with tufted leather sofas, generous slipper chairs and eye-catching contemporary art. It’s a congenial place for checking your messages, meeting a friend or choosing between white and red at the hotel’s early evening wine and cheese happy hour.

Behind the lobby is The Vine, a relaxed all-day, Italian-inflected restaurant and bar with indoor and outdoor seating (the restaurant opens onto a public square with an enormous screen usually broadcasting sports events, from Yankees games and the U.S. Open to soccer and the Super Bowl). Adjoining the lobby is L’Amico, a stylish Italian brasserie with copper pizza ovens and big windows that open onto sidewalk seating.

Since opening in 2010, Eventi’s public spaces have undergone numerous changes. Looks like they’re got it right this time.

Rooms: Sleek and wood-lined, my king-bed room looked like a chic bachelor pad, in Scandinavia perhaps. Roomy by New York standards (but cramped if you’re accustomed to the Midwest) it was contemporary without being cold, smartly laid out and spotless (a second waste basket was labeled for paper, cans and bottles).

A towering headboard tufted in men’s suit fabric backed the bed (excellent mattress), which gobbled up much of the room. Still, there was space for a desk, a leather reading chair (the accompanying table held the minibar) and a rather scrawny closet sharing a wall with the flatpanel TV. Cool detail: the potent reading lights that snaked out from the wall. Extra cool detail: I could see the tower of the Empire State Building through the window.

The ample bathroom featured a gorgeous marble sink with ample counter space and a rain shower and a small wood stool in the spacious stall.

Food and drink: After two wash-outs (Spanish-inflected Bar Basque and breezy Humphrey), Eventi has three lively comfort food restaurants, and the third time just may be the charm. As noted above, The Vine, with its commanding view of Big Screen Plaza’s gigantic TV screen (watch everything from the Mets and March Madness to the Olympics) serves burgers, beef carpaccio, salads and more  as well as breakfast and brunch, overseen by chef Laurent Tourondel. L’Amico, another Tourondel creation, specializes American food with Italian style, serving  lunch, dinner and brunch. And rustic Lupulo, a stylish Portuguese restaurant, dishes up Chicken Piri-Piri, wood-trilled octopus, stacked Portuguese-inflected burgers and other hearty dinner entrees as well as lunch and brunch.

Amenities: There’s a terrific terrace with seating for guests on a high floor. Complimentary features include morning lobby coffee and tea, evening lobby wine reception, newspapers on request. The well-equipped mirrored fitness room features the usual cardio machines, each with an individual TV and headphones, and weights. The full-service is small but serves up good-looking treatment rooms. Pets stay free of charge. Frette sheets and bathrobes. WiFi ($13 a day, free to Kimpton In-Touch members).

Surroundings: A bit bleak. The hotel perches on the outer edge of Chelsea – the less-cool Garment District/Flower Mart part. But the area is revving up, thanks in part to the arrival of hotels like Ace, NoMad and Eventi. Overlooking Sixth Avenue, the area is a mish-mash of office buildings, small businesses and more interestingly, the aforementioned Flower Mart (on spring days planters and potted trees line the sidewalks). Madison Square Garden, the Empire State Building and Macy’s are a short walk away, as are Times Square and the theater district (if you like walking). The Fashion Institute of Technology, aka FIT, is nearby along with Chelsea attractions like the Joyce Theater, a dance haven, and, a bit farther afield, uber-sports center Chelsea Piers and the High Line elevated park. Bus stops are steps away, and subway stops are a short walk, so it’s easy to zip uptown to Lincoln Center or downtown to Greenwich Village, Tribeca or the Financial District.

Back story: The Eventi’s sleek 52-story skyscraper opened in June 2010 as a hotel/residential condominium mash up. The 292 rooms occupy the lower floors, while condos and a penthouse reside above. Kimpton was brought on board to manage the hotel, its fourth New York City property. Just prior to opening day, hotel’s general manager dubbed the area Northern Chelsea and told Travel & Leisure, “It’s an area you pass through to get somewhere else, but I think that’s going to change.” So far he’s been right, although it looks like the name that’s stuck is NoMad, for north of Madison Square Park. The property also includes a public plaza outfitted with tables and chairs and anchored by an enormous television screen.

Keep in mind: The neighborhood is changing, but for now it’s a bore, particularly at night. 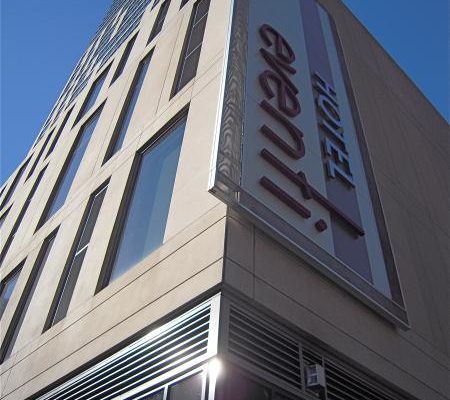 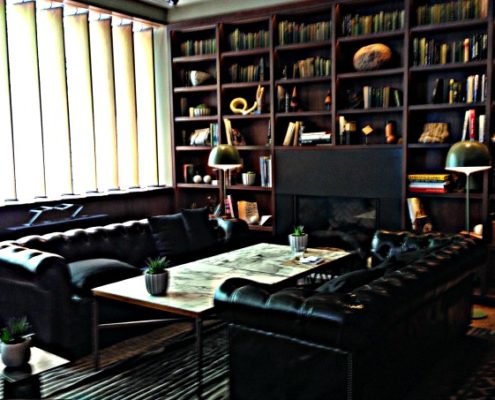 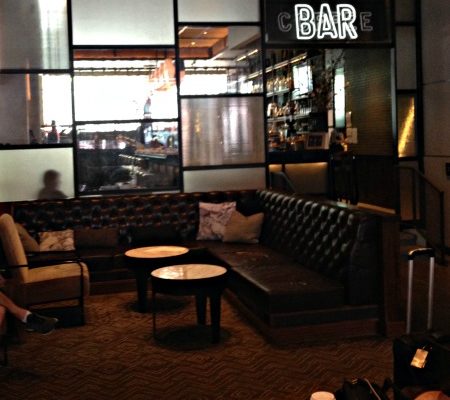 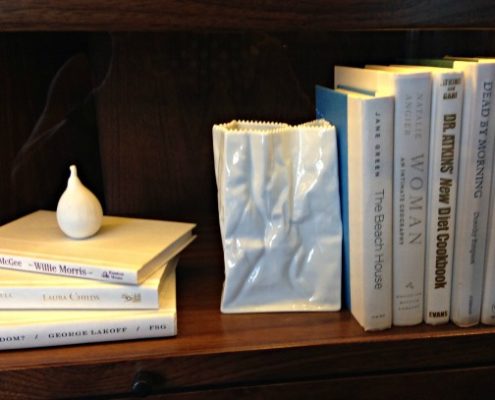 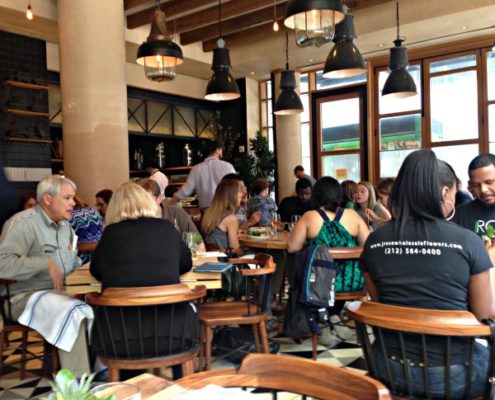 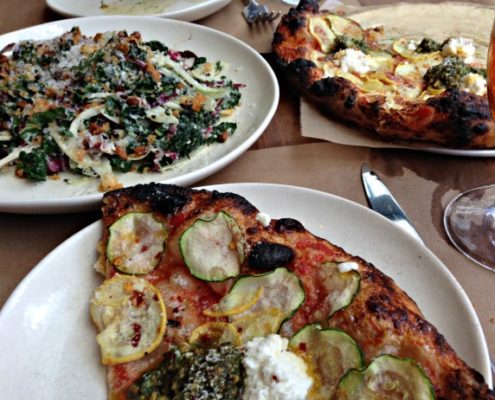 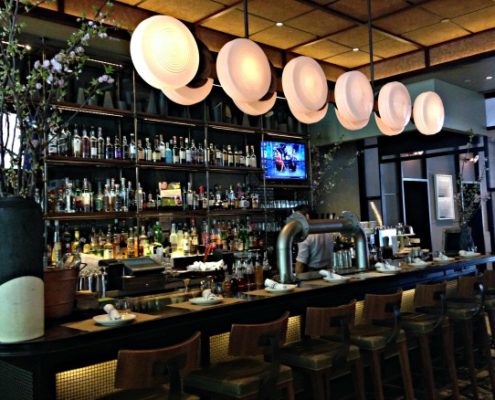 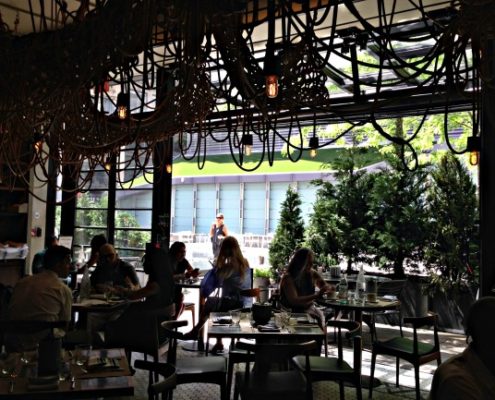 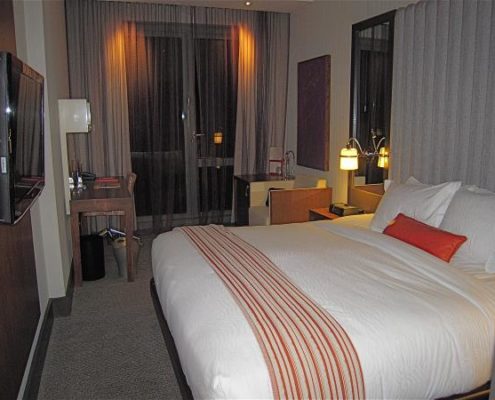 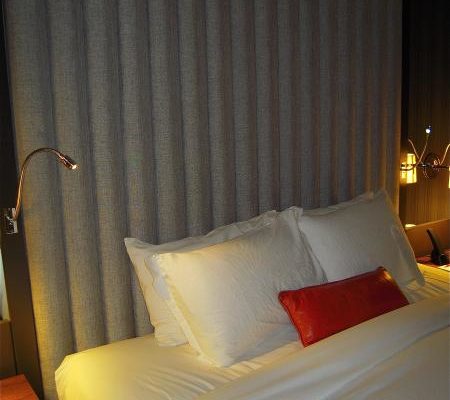 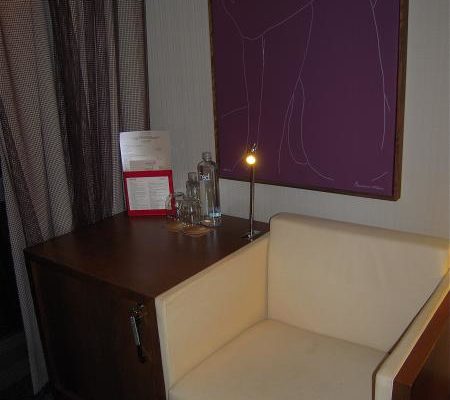 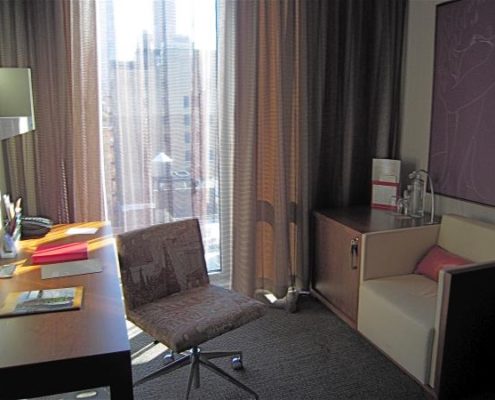 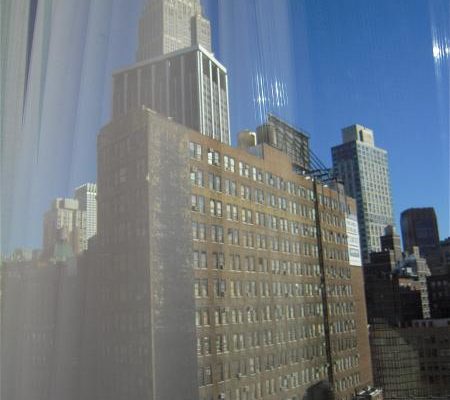 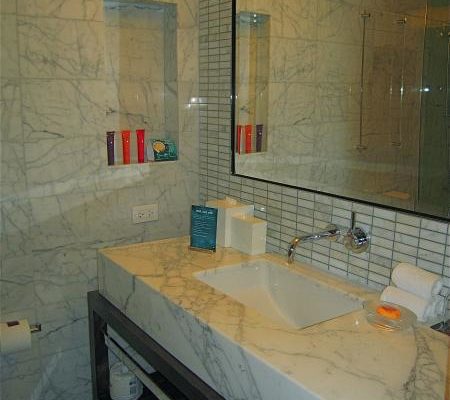 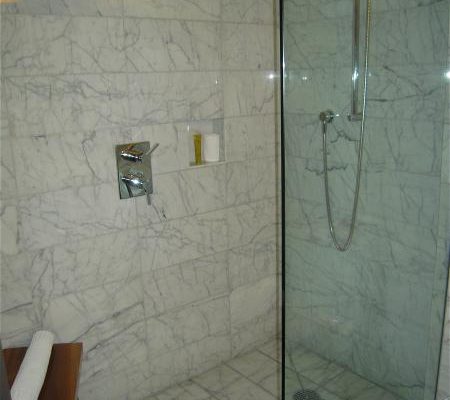 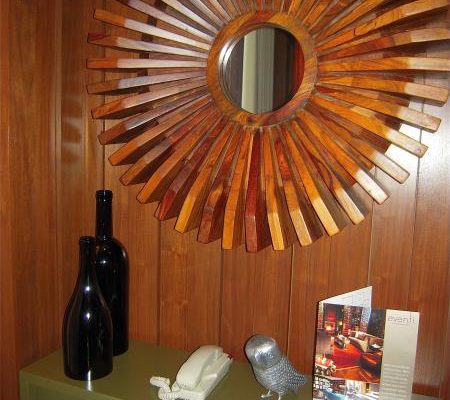 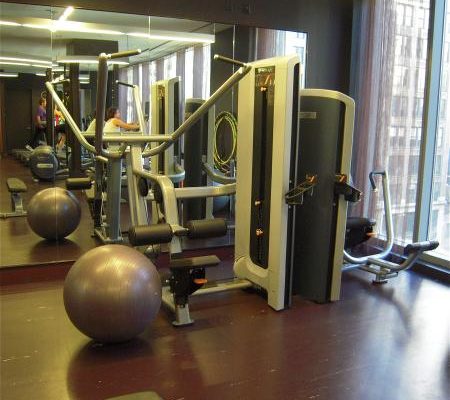