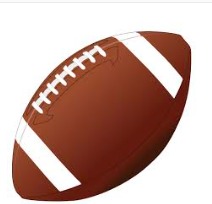 Half a century ago at Superbowl I, there were 30,000 empty seats, college marching bands supplied the halftime entertainment, and no one remembers the ads. (To put things in perspective, Lyndon Johnson was President, The Sound of Music won the Oscar, and the Green Bay Packers beat the Kansas City Chiefs.)

Fast forward to the Denver Broncos vs. the Carolina Panthers and Levi’s Stadium, the sparkling Santa Clara home of the San Francisco Giants and Superbowl 50.

If you’re still looking for somewhere to watch the Big Game, listen to Coldplay, critique the ads or all the above, we found three New York City hotels at the ready. They’re loaded up with big screens, burgers and beer, so bring it on.

Grab a cool one You’re as likely to see an Irish football game, i.e. soccer, as the Jets or the Giants at Fitzer’s Bar at the Fitzpatrick Manhattan Hotel. But this clubby, congenial gathering spot with multiple TV screens is ready to roar for Superbowl 50. Score a table or a couple of stools at the bar and order the Superbowl special: wings, nachos, pizza, chili cheese fries or quesadillas (choose three) and a bucket of beer (four bottles) for $38 plus tax and tip. Reservations advised.

Catch it on the Big Screen  The Vine, the new, informal 24-hour restaurant and bar at Eventi, has the good fortune to face Big Screen Plaza, home to lower Midtown’s well-scrubbed public terrace and its monster 30-by-16-foot screen. This latest gustatory effort, which replaced Humphrey, looks like a keeper and already knows its way around a Superbowl menu. Besides wings, dig into charred sui pork belly buns, Diablo shrimp quesadillas and the “loaded” Kobe dog with Gouda cheese sauce, bacon and pickled jalapeño. As for beer, look for four NYC brews on draft, including Brooklyn’s Greenport Harbor Ale and Astoria’s Singlecut 19-33 Pilsner. The food starts at 6 p.m. Reservations advised.

Kick it over the High Line Once again the Standard High Line’s Biergarten goes all out for the Superbowl, aptly enough since this vast outdoor space directly below the High Line feels as big as a football field and gets just as noisy. Watch the game on two massive screens and tuck into tailgate chow (think burgers, wings and “finger food,” as a server told us) and beer. And cross your fingers: prizes are awarded every quarter. The party kicks off at 5:30 p.m. Reservations advised.

How the Berlin Hilton Became a Stealthy Scene Stealer in the Oscar-Nominated... Five NYC Hotels Where You Can Got Gorgeous — For Free — During New...
Scroll to top