At a glance: Despite its relative youth (it opened in 2000), Sofitel New York feels like an archetypical Grand Hotel, in a good way.

Yes, the floors are clad in green marble, and you’ll often see enormous floral arrangements redolent of classic hotels in the generous, Deco-inflected lobby. But the years and some smart design tweaks by Pierre-Yves Rochon, the tastemaker behind the Savoy in London and the Four Seasons George V in Paris, have been kind. The result is French-inflected hospitality with a dash of chic that greets you in the generous lobby and wends it way to the rooms upstairs.

It’s an old-style lobby, again in a good way, where you can curl up on a leather club chair or plump velvet sofa and pour over your messages or Kindle without being ordered to buy drinks.

I like the hotel’s spacious feel (an entire room is devoted to check in so luggage carts aren’t parked in the lobby). A handsome curved staircase leads to a floor of conference halls (on a visit I saw former New York governor George Pataki descending). And Sofitel is French, with a (mostly) bilingual staff, including the telephone operators, who can address you, or Brigitte Macron, en Francais. Sofitel may not be edgy, but it’s comfortable, feels international and its innate style needs no translation.

Bonus: The lobby doubles as an art gallery with changing shows by artists and photographers.

Rooms: Though identically dressed with white walls and tall, contemporary wood-panel headboards, most rooms aren’t boxy thanks to the sweeping curves of Sofitel’s tower. Standard rooms – even the smallest are large enough for two people — come with white duvets, white curtains, mirrored closets and black and white photographs of France (my favorite is the classic quartet of black-and-white photos showing the building of the Eiffel Tower).

Though the well-maintained furnishings date from the opening of the hotel, fabrics are new and colorful, with decorative tomato-red pillows and chocolate-brown throws. An abstract print over every bed adds color, too. The big bathrooms make the rooms special: clad in golden brown marble, they have soaking tubs and separate glassed in stall showers. And depending on the layout, suites are almost like small apartments with meandering halls, sleek sitting area sofa beds and scarlet throws tossed nonchalantly across the king-size beds.

Food and drink: Gaby, the hotel restaurant and bar, serves up millennial glamour with high ceilings, leopard print banquettes and a ceiling fresco celebrating Franco/American culture (Lady Liberty and the Metropolitan Opera house are rendered opposite the Arc de Triomphe). The namesake, I assume, is Gabriele Chanel (her likeness, ca 1920, occupies a glass panel between the bar and lounge). Not surprisingly, the menu offers clever bi-national cuisine, with an emphasis on French. This is a smart place to show up when a Francophile holiday rolls around like Bastille Day, National French Bread Day and April Fish Day, aka April 1. Caveat: the rest rooms are on a lower level and are quite a hike.

Amenities: The basement fitness center is well equipped with lots of mirrors but no windows, naturally. Expect bathrobes, L’Occitane toiletries and Evian water at turndown (yes, they do turndown). Dogs are allowed at no extra charge (refundable deposit required). The lobby shop, which we loved for its Paris/New York mementos, has been replaced by an art gallery (Venezuela-born artist Fer Da Silva’s iconic heart-shaped artworks filled the gallery on a recent visit).

Back story: Large chain hotels are rarely symbols of diversity. But on this classic Midtown block populated with small hotels and classy old clubs (Harvard, Mariner, Penn), the 398-room Sofitel New York is an outlier. Built in 2000 and towering 30 stories high, it’s newer and bigger than its low-slung brick and limestone neighbors and is Sofitel’s first foray into New York. In May 2011, a maid at the hotel accused former IMF chief Dominique Strauss-Kahn, a guest in a suite, of assault. Though the charges were eventually dropped, cleaning staff at many hotels now carry panic buttons.

Keep in Mind: Closets are too small, surprising in a building that’s less than 20 years old. Standard rooms from the 3rd to 13th floors have minimal views. 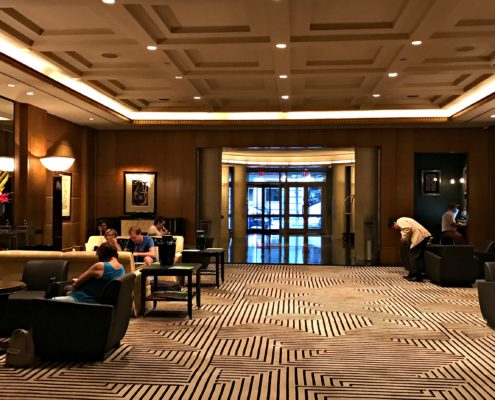 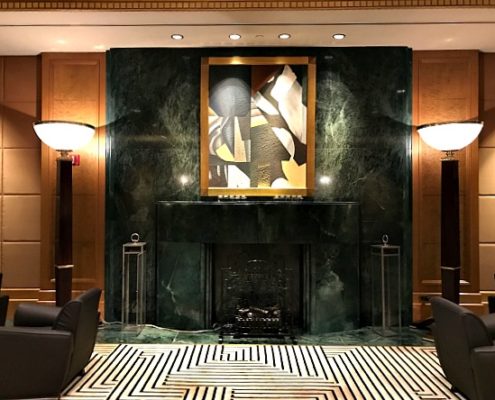 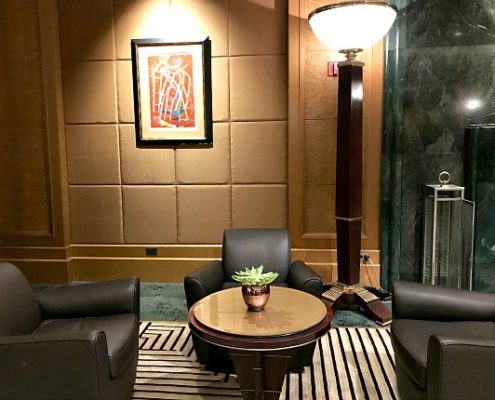 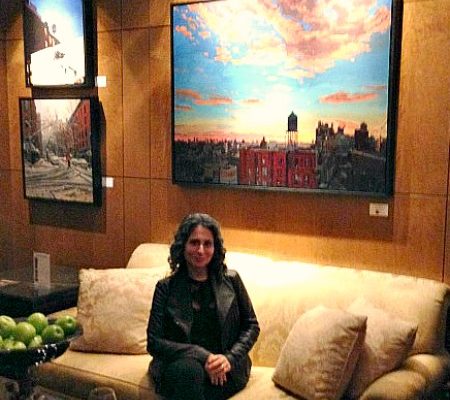 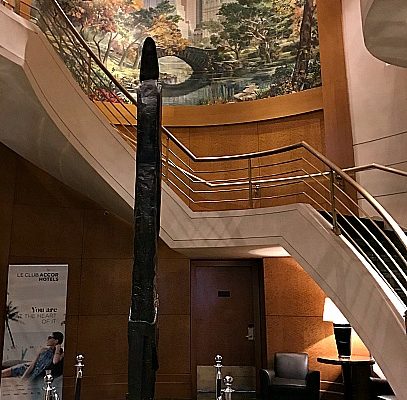 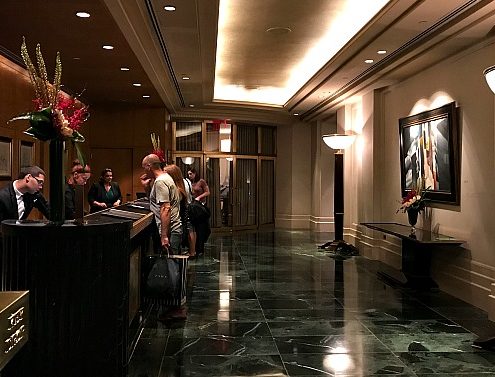 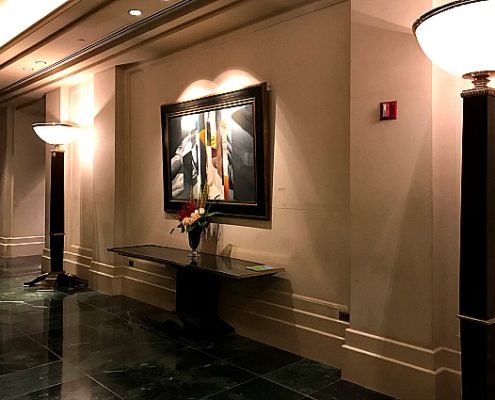 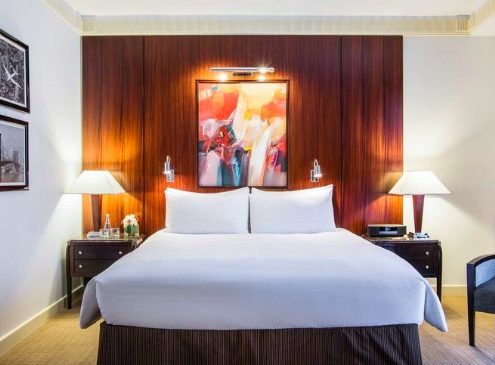