At a glance: The Michelangelo Hotel isn’t the hippest hotel on the planet and that, it seems, is the point. Situated on the outskirts of rambunctious Times Square, it’s an oasis of calm.

The calm seems built into its bones, or at least the bones as rearranged in 1992. That year the 1927 hotel, once the largest in Times Square, telescoped down and became a 179-room boutique (the rest of the space turned into condos). A member of Florence-based Star Hotels, it also adopted a classic Italian-style decor.

But it’s the Michelangelo, not the Versace. Picture a lobby out of The Leopard bedecked with acres of marble, colossal crystal chandeliers and 19th-century European genre paintings (in gold frames, naturally). Picture a sprawling mezzanine lined with meeting rooms and sofas to plop for a tete a tete or to check your iPad. Picture guest rooms — bigger than in most midtown hotels — dressed in velvets and silks.

When I first visited a few years back, the lobby seemed dark, chilly and fuddy-duddy. Things perked up in summer 2010 with a fleet of velvet sofas and club chairs in crimson and gold that brightened the lobby and and blew the dust off the Old Europe accoutrements. Amentities like flatpanel TVs in the adjoining Insieme bar — also spruced up — ushered in the 21st century. The sleeked up result is a congenial backdrop for a well-heeled crowd — lots of business suits and Europeans and the occasional post-theater refugee in search of a quiet drink.

Rooms: Following a much-needed redo the rooms are in synch with the refurbished lobby. The look is timeless, traditional and comfortable with just a touch of opulence courtesy the polished cherry furniture and lavish fabrics (the only cotton I saw was on the sheets). Rooms have good bones with 1920s touches like ceiling moldings and graceful layouts.

The lush, fabric-draped room I saw was sufficiently large that the king-size bed didn’t fill it. Besides a modest entry hall with a double closet behind mirrored doors, it featured a spacious dressing area with a scale (a nice if not always welcome accoutrement) and a big, marble-lined bathroom with a small TV (cool) and an enormous soaking tub, though the lighting is more conducive to watching TV than reading while soaking (less cool).

The spacious sleeping area displayed creamy walls, a generous desk and sumptuous silk curtains the color of bronze. Piles of silk and velvet pillows gave the king-size bed a polished look. Everything we saw was spotless.

Food and drink: The hotel serves breakfast and has a sumptuous lounge with a bar, but, alas, no restaurant. (Insieme, an excellent sleeked down Italian closed a while back.) Fortunately, numerous restaurants, for casual and fine dining alike, are nearby.

Surroundings: Superb if you want midtown west and Times Square. The theater district, with its plenteous restaurants and shops, is steps away. Rockefeller Center, Fifth Avenue shops and the Museum of Modern Art are an easy walk as well. Central Park and Lincoln Center are a short taxi or bus ride away. Bus stops and the subway station are steps away.

Back story: Opened in 1927, the building was originally the Manger Hotel, named for its creators Julius and William Manger. With 2,000 rooms, it was a showstopper, the largest hotel in Times Square. In 1931 the name was changed to the Taft in honor of William Howard Taft, the 27th United States President, and the hotel grew famous for its ballroom and big bands: Artie Shaw, Glenn Miller and Tommy and Jimmy Dorsey played here.

As Times Square declined in the Seventies, so did the hotel, which closed in 1980. It reopened in 1990 as the Parc Fifty-One and, following new ownership by the Florence-based Star Hotels and a megabucks renovation, it reopened once again in 1992 as the Michelangelo with 179 spacious rooms (condos fill the rest of the building).

Keep in mind: Bathrooms can be dark. 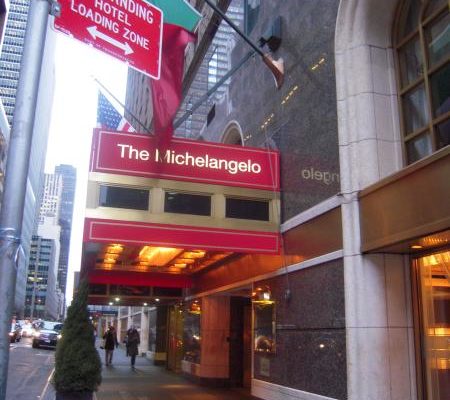 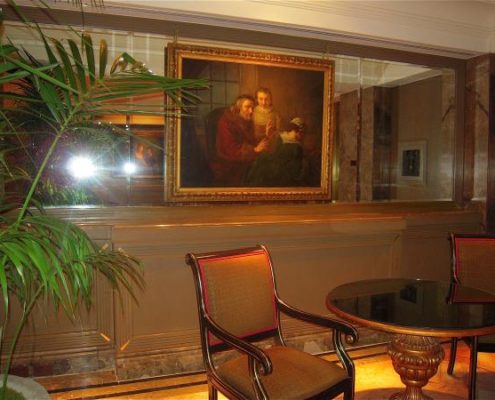 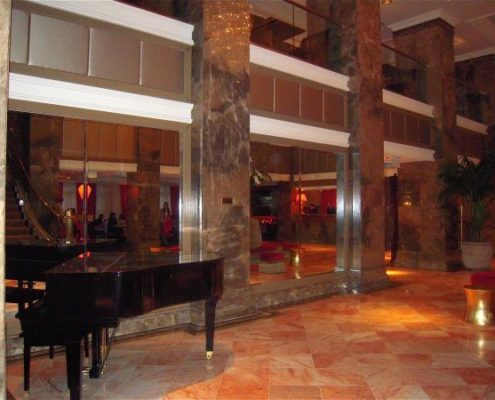 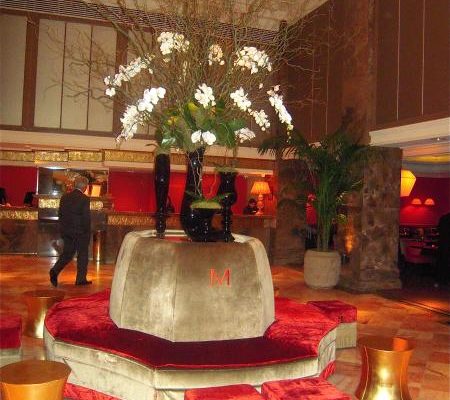 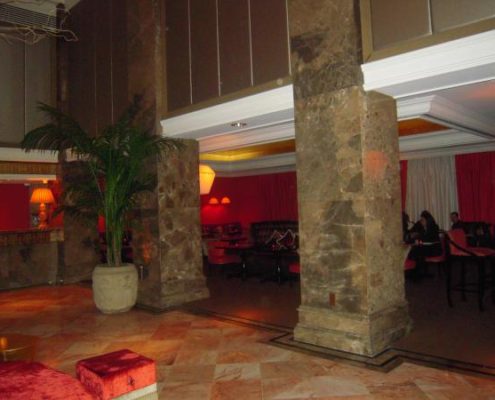 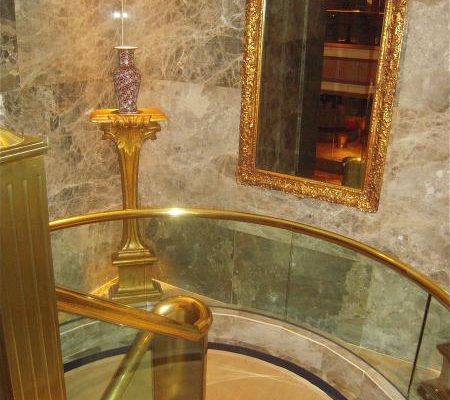 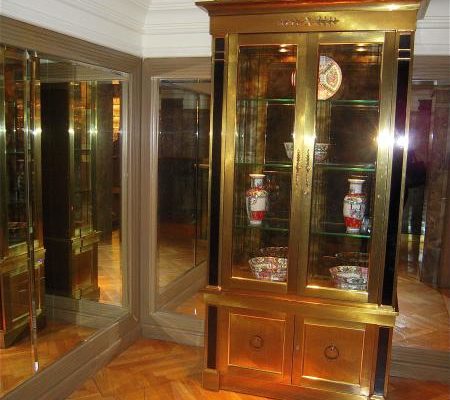 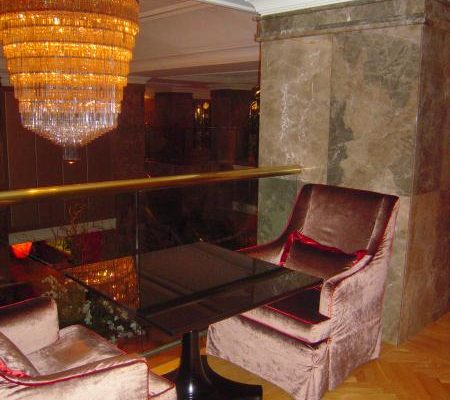 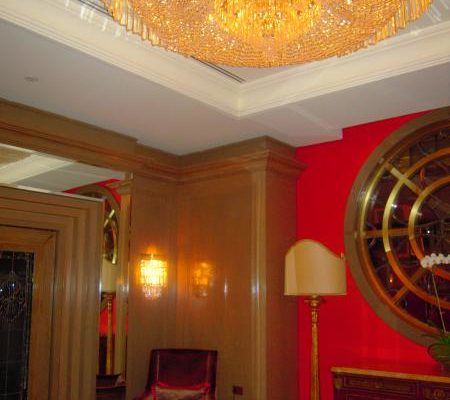