At a glance: In 2012, the historic Algonquin Hotel closed for nearly five months for a much-needed gut renovation. It reopened with a flourish, fresher — and cleaner — than I’d ever seen it. It still looks fresh and clean, the same but different (and not all that different) than you may remember if you’ve visited sometime in the last four or five decades.

Dorothy Parker and her fellow Vicious Circlers would easily recognize the storied wood-columned Edwardian lobby.  They’d probably feel right at home in the fabled Blue Bar, too, which retains its moody Lost Weekend vibe (and classic cocktail choices) despite the addition of two flatpanel TVs and a bar peppered with tiny colored lights that wink.

The lobby sports new furniture, less exuberant than before but still pleasing, even when tourists in T-shirts outnumber latter-day Addison DeWitts (the All About Eve vibe survives — miraculously).

The original woodwork and hand-painted sconces remain, and the sleeked up sofas and club chairs are just traditional enough for you to sink in and channel your inner Dorothy Parker. The waiters are still friendly/rude (the service equivalent of jolie/laide), and the food, though improved, is still wildly overpriced. But the drinks pack a punch, the coffee is potent, and so, often, is the chatter: “I’ll have the WASP breakfast,” I overheard a guest quip, ordering an afternoon Bloody Mary and coffee.

Here and there hints of the hotel’s affiliation with Marriott’s Autograph Collection pop up, like the sad demise of the Oak Room cabaret, now a lounge for Marriott Rewards members. But the Algonquin still feels like the Algonquin, and that’s good.

Cool detail: Matilda, the hotel’s celebrated cat, a fluffy platinum blonde with attitude, no longer swans around the lounge (the NYC health department frowns on felines near food and has tightened its rules). But she still hangs out near the check-in desk, communes with guests when she’s in the mood and appears on free postcards in the guest rooms. Ask to see her if she’s not in sight. Or write to her at mastildaalgonquincat@algonquinhotel.com

Rooms: The number has risen from 174 to 181 (new suites were carved out on the second floor). The smallest rooms are still extremely small with queen-size beds shoehorned in. But the larger rooms offer space to breathe. All look fresh following the renovation. The biggest changes are the things you can’t see — updated heating and cooling systems and new plumbing — but they’re game changers, upgrading the hotel’s luxury and comfort quotients. Decor is classic — nothing radical for Manhattan’s longest operating hotel. Soothing colors, tufted headboards, window seats and carpeted floors are tasteful if not groundbreaking. A nice touch is the vintage black-and-white street scene above the bed.

Bathrooms are freshly tiled in classic white and can be extremely small. But now that spacious stall showers have replaced the old tubs, they feel roomier than they once did.

Food and drink: Like an old-style London hotel, the surroundings are more interesting than anything you’ll eat (though yes, the food has improved). The Round Table Restaurant at the back of the lobby is cozy, clubby and stylish, in a neo-Edwardian way. The renovated room retains the dark brown wood paneled walls with mirror insets and the fanciful oil rendering of the Vicious Circle from the 1990s above a faithful replica of the original table. While the leather banquettes are a nice addition, I still miss the artfully mismatched furniture. And the high-backed, vinyl upholstered dining room armchairs? Practical, but straight out of a chain hotel.

Food is pricey, but the smart, organic everything menu ushered in before the renovations has returned, better than before. My $28 arugula and crab cake salad was fresh, filling and satisfying. And the good-looking ruby red rocks glass holding NYC tap water was refilled without asking.

Light meals are served in the lobby lounge. The urbane Blue Bar, opened the day Prohibition was repealed, is inviting, comfortable and still looks like a WeeGee photo or a black-and-white movie even though high-voltage blue light blazes through the place (it’s not hard to imagine Ray Milland hunched over a glass during his lost weekend, even after the renovations). Prefer something less pricey? There’s a diner next door.

Surroundings: A terrific midtown block packed with low-slung hotels, clubs and office buildings, all a short walk from prime territory including Times Square and the Theater District, Grand Central Station, the New York Public Library, Fifth Avenue shopping and Bryant Park. Rockefeller Center and the Museum of Modern Art are slightly further afield but walkable. Lincoln Center is three subway stops away. Downtown destinations like SoHo, Tribeca and the Financial District are easy to reach by subway. Bus stops are a block away; the subway station is a 3½ block walk.

Back story: Few New York hotels do history as artfully as the Algonquin, perhaps because this is the oldest operating hotel in the city (it opened in 1902). Originally called The Puritan, owner-manager Frank Case changed the name to the Algonquin upon learning that the first residents of the area belonged to that tribe. Case was also responsible for the hotel’s most storied tradition, begun in 1919, the daily Round Table lunches that attracted writers, editors, actors and journalists and compelled them to be clever. Frequent members of the “Vicious Circle” included Robert Benchley, Alexander Woolcott, Harold Ross and Dorothy Parker.

Case sold the hotel in 1946 to Ben Bodne, a Southerner who oversaw it for over 40 years. He, in turn, sold it to a Japanese concern in 1987, and it has had numerous owners since, culminating in Cornerstone Realty, which purchased it from HEI in 2011. HEI still manages the property. In September 2010, the hotel joined the Marriott International group as part of the Marriott Autograph Collection of historic and one-of-a-kind properties. Besides a new web site, the affiliation introduced valet parking and in early 2012 renovated the hotel to the core. Guests now receive Marriott Rewards when they stay.

Keep in mind: The building is old: hallways are narrow, and queen-bed rooms are really small. Courtyard rooms have dismal views. As mentioned above, the Oak Room cabaret is history, and the hotel is sadder for it. 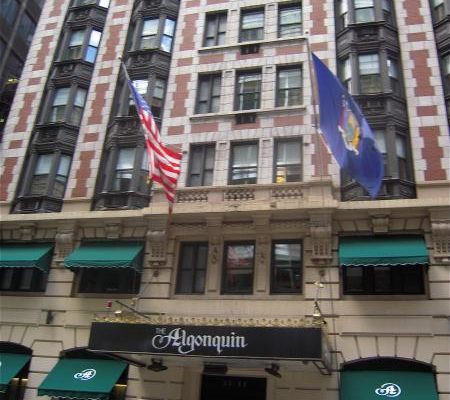 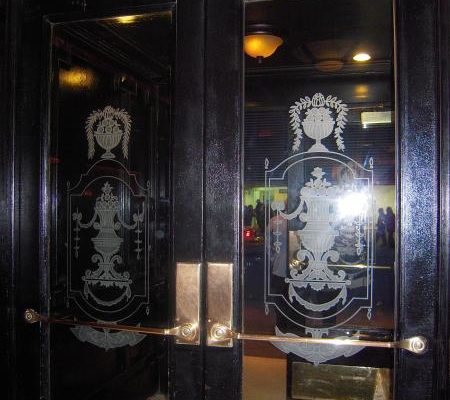 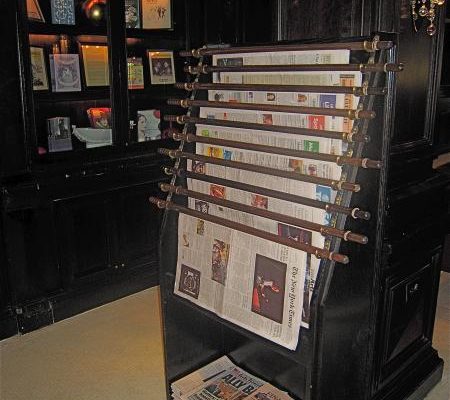 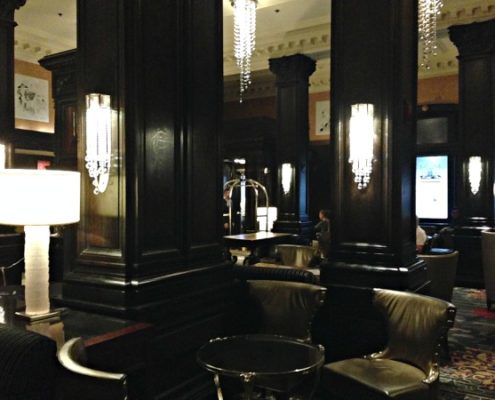 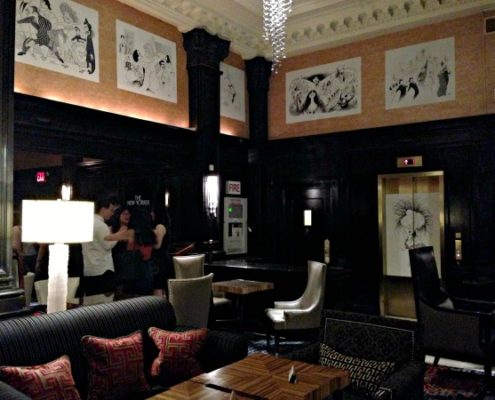 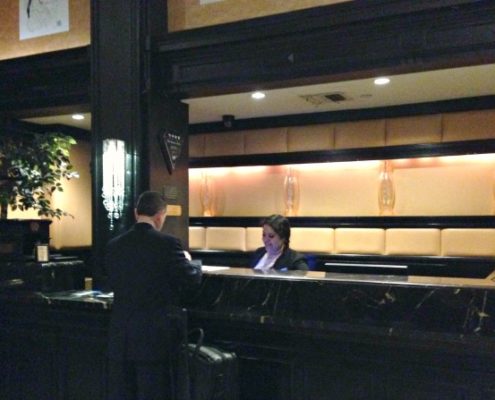 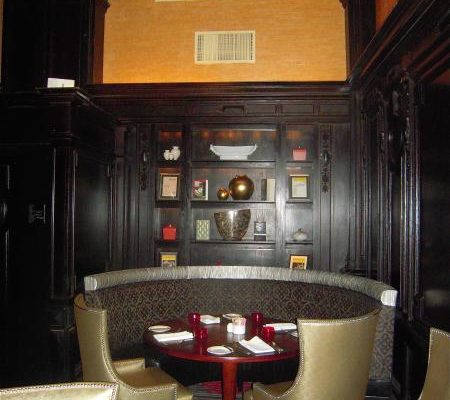 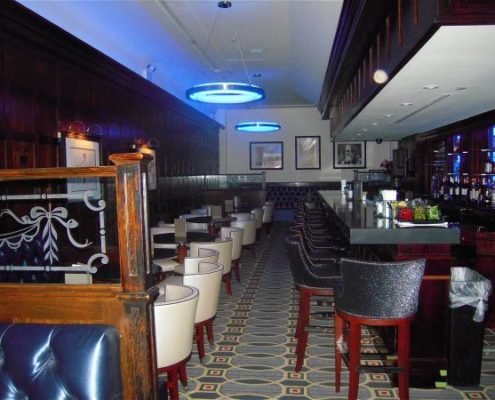 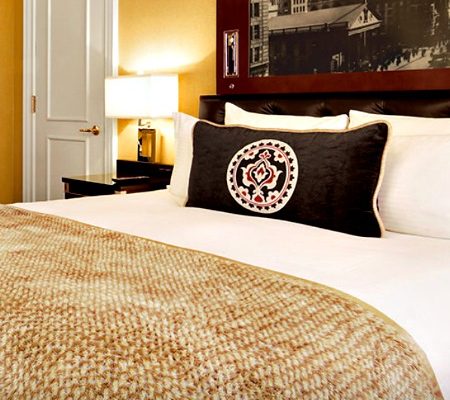 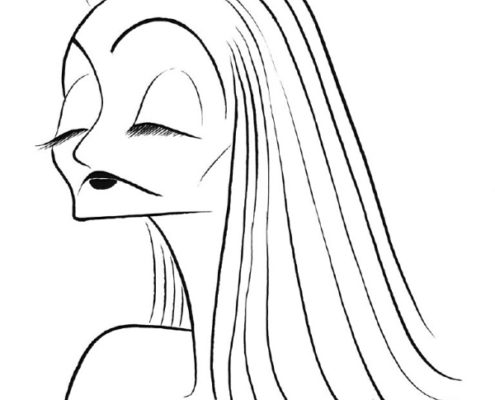