At a glance: Royalton New York reminds me of a supermodel who has aged gracefully.

No longer the hippest hotel on the planet, this limestone pile, once lionized as “the hotel of the ‘90s,” is still interesting (I love the lobby’s raw indigo leather wall),still appealing (who doesn’t like tufted leather love seats?) and still turning heads.

And though the iconic Philippe Starck lobby with horn-shaped lamps, white, slip-covered chairs and Royalton blue runway encapsulated an era, they’re best as a memory. Mildly controversial when it appeared,  the moody-chic Africa-inflected look the hotel has sported since its its 2007 makeover has held up well. Kudos to Roman & Williams, the new go-to team for hip hotels for devising a lobby design with staying power (their other New York creations include Ace, The Standard HIgh Line, Viceroy New York Central Park and their own Guild shop and restaurant).

The vast midnight blue lobby, visually warmed by a glass-encased gas-jet fireplace and carved into three distinct seating areas and a bar, is still a great place to meet, drink, flirt and scan the crowd (mostly slim and stylish, lots of Europeans).

By day, it’s quiet, ideal for a coffee and a tete-a-tete. And at night it morphs into what it’s been for years, a pulsating nightclub.

Rooms: There’s fresh paint (cool ice-blue/gray), 300-count Egyptian cotton sheets and LG flat-panel TVs, but rooms aren’t de-Starcked like the lobby (the little horn pulls still adorn the triple-door closet), perhaps because they were designed by Charlotte Macaux Perelman, a former Starck associate. In the room I saw, the head of the bed fit into a glossy mahogany niche like a Lexus in a carport and was lit by a glass pendant. Velvet curtains kissed the floor. And while standard rooms are small (the flat-panel TV swings out of the wall to save space), larger rooms are plenty big for two people, and the coolest sport handsome stone fireplaces.

The bathrooms, always a plus, are tiled in slate and mirrors. Ask for one with a Roman soaking tub.

Food and drink: Forty four restaurant serves breakfast and lunch and turns into a cockail bar after 6 pm. With its rope arches and ship-shape curves, the restaurant reminds me of an urbane cousin to the Rusty Scupper, but it’s a congenial setting with handsome gray banquettes and blown glass pendant lights. Bars abound, both near the restaurant and in the front of the lobby making the Royalton a candidate for the biggest hotel cocktail lounge in Midtown.

Amenities: WiFi ($10 a day). The fitness room is well equipped but small. Fitness-minded guests can also get a VIP pass from the concierge to visit a full-service Equinox gym; passes include discounts on personal training sessions and 15 percent off spa services. Pets allowed but not encouraged: You need pre-approval from the manager and pay a $300 non-refundable cleaning fee. Ipads with a virtual concierge program.

Back story: Royalton, opened in 1898, operated, sequentially, as a posh residential hotel and a derelict dump before it was transformed into the coolest hotel in creation in 1988 by disco-king-turned-hotelier Ian Schrager and a then-obscure designer named Phillipe Starck. The lobby was conceived as a gathering place extraordinaire, a wildly successful template that boutique hotels the world over followed like lemmings. And it aged a lot better than shoulder pads and power suits. So why spend $17.5 million to gut it and start over? “It wasn’t an aesthetic decision, but more an ethos,”Morgan Hotel Group vice-president Mari Balestrazzi told an interviewer at the time. “We are a company that wants to push the envelope and find emerging talent.” The change proved a smart move. The hotel still looks good. In 2017, the Morgan Hotel Group sold Royalton to a venture of Rockport Group and Highgate Holdings. Since then Highgate also purchased the Gansevoort Park Avenue from the Gansevoort Group and renamed it Royalton Park Avenue. Looks like the start of a trendy new chain.

Keep in mind: The lobby gets rowdy after dark. 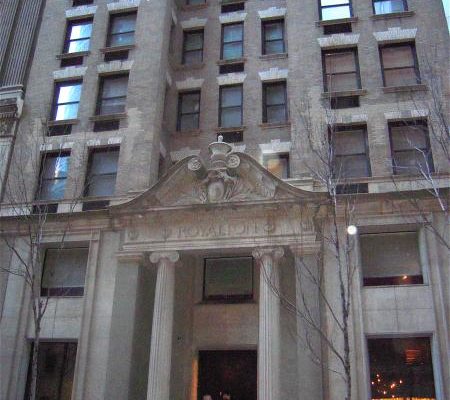 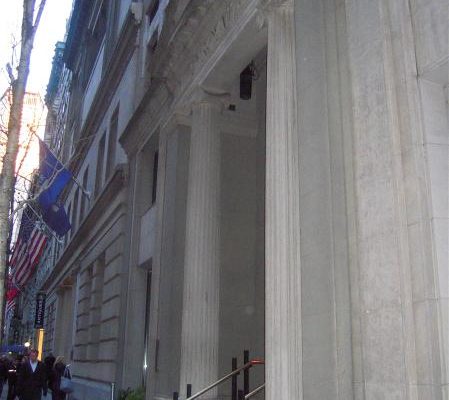 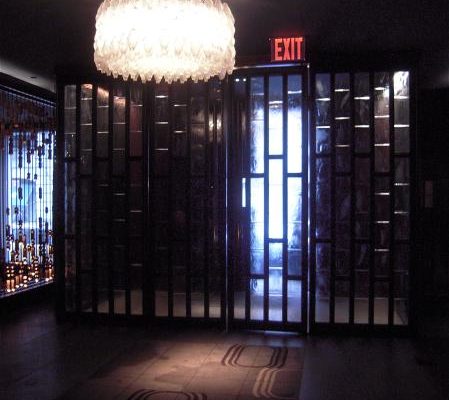 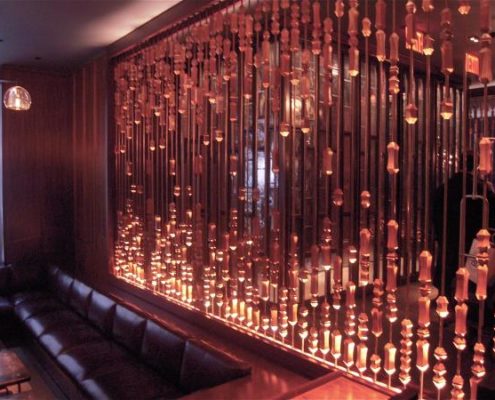 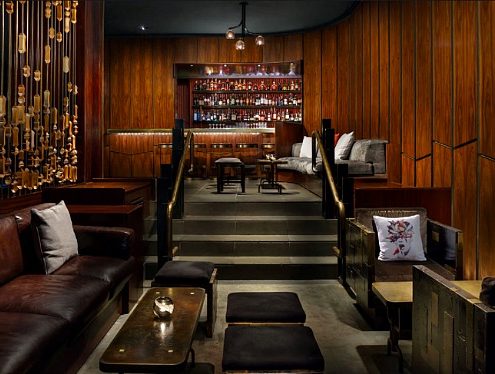 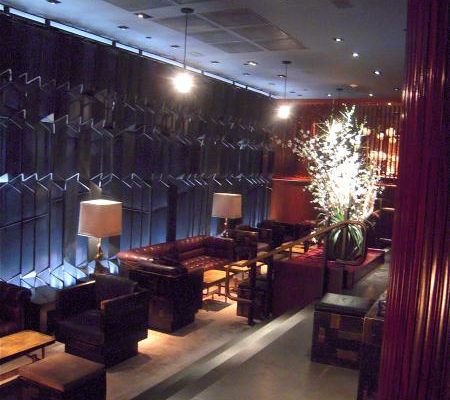 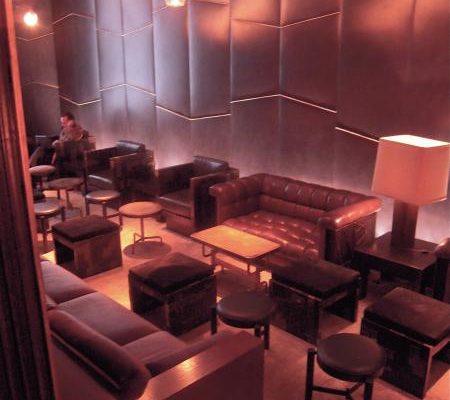 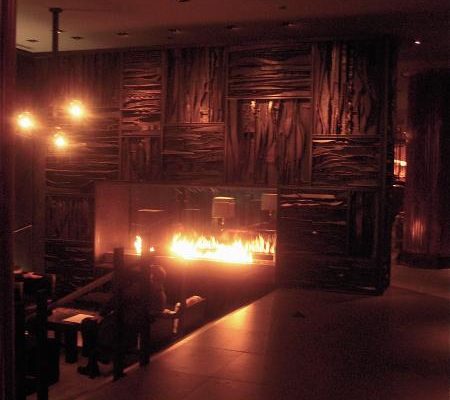 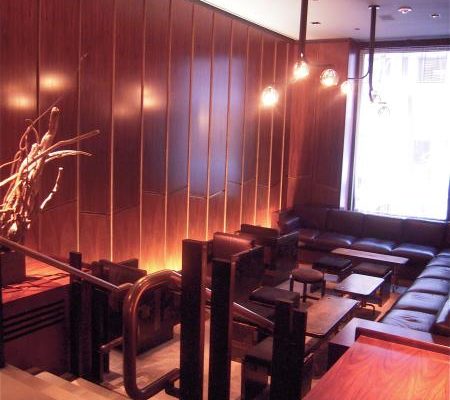 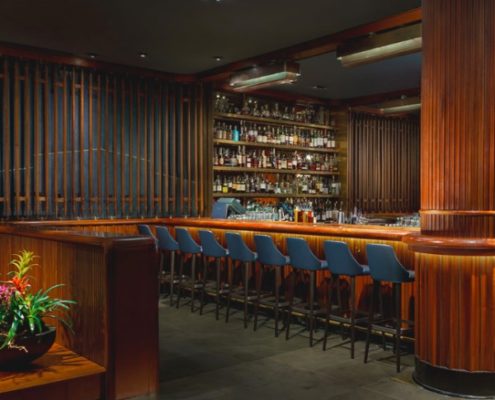