At a glance: This brute white-tile-and-concrete Chelsea building, punctuated by ten floors of round windows, looks like a hospital — or a giant notebook attacked by a hole puncher. But inside beats the heart of one of the coolest, cleverest hotels in town, the Maritime Hotel.

The name and navy blue color scheme come from the original tenant, the National Maritime Union. But the old salts never hung out in digs like these, even if the place has the ungainly proportions of a building never intended to house a luxury hotel (consider the minute rooms and lobby shaped like a bowling lane).

That ocean blue lobby, dark and nearly a block long, has a luxury liner vibe with mid-century modern inflections. The navy velvet club chairs call to mind the deck chairs occupied by Cary Grant and Deborah Kerr in An Affair to Remember. The fireplace, outfitted with gas-jet flames, is sleek, concrete and Fifties moderne. And the inspired use of low Danish modern wood bookcases helps create discrete seating areas.

But occupants are pure 21st century, tech-conscious and low-key stylish (except during Fashion Week when the sartorial display revs up). Hugs to the room’s bespoke textiles: the  carpeting is patterned with the hotel logo – life preservers. And the porters’ summer footgear? Deck shoes.

Rooms: Snug but stylish, done up in nautical navy, cream and teak. Standard rooms, ideal for one, tight for two, look like sleek little ship’s quarters. Basic features include a round window, like a porthole, curved corners and a queen-size platform bed berthed in a teak built-in surround with bedside tables and lighting. You can pull up an upholstered side chair and check your-email at the little round table under the porthole or try out the long desk (a flat- panel TV occupies one end).

The bathroom is small but smart; the ubiquitous turquoise tiles are round, like little portholes, and the glassed-in stall shower makes the room seem bigger than it is.

Food and drink: La Sirena, the super-sized Italian brasserie created by celebrity chef Mario Batali and his business partner Joe Bastianich, closed in December 2018, fallout from accusations of sexual misconduct against Batali. The hotel plans to open a new restaurant in Spring 2019. In the meantime Tao Downtown, the hotel’s subterranean nightspot, is big, stylish and flourishing. And the neighborhood is packed with restaurants offering breakfast, lunch and dinner, including Chelsea Market, the buzzy food court housed in a former Nabisco cookie factory across the street from the hotel.

Surroundings: Google headquarters is across the street in one direction, and Chelsea Market, the Nabisco factory-turned-food-emporium is across the street on the opposite side. The Meatpacking District, jammed with restaurants, bars and a changing array of shops like Jeffrey and the Apple Store is nearby as is the High Line elevated park. Greenwich Village starts several blocks south. Walk north and you’ll hit Chelsea’s art galleries, the Joyce Theater and Chelsea Piers (bowling alley, uber-gym, ice rink, driving range). The subway station is a hike, but bus stops are steps away.

Back story: The hotel’s International Style building was designed by Albert C. Ledner, a New Orleans architect, in 1966 as headquarters for the National Maritime Union, with guest rooms for members (hence the porthole windows). When the sailors abandoned ship in 1987, the building was purchased by Covenant House to house teenage runaways. Nine years later, it was sold to the New York Service Center for Chinese Fellows, a student center run by the Chinese government.

The property owes its good looks and cool style to its owner/creators, Eric Goode and Sean MacPherson (the team behind the Bowery, Jane and Lafayette House hotels) and to veteran hotel developers Richard Born and Ira Drukier (the Chambers Hotel, the Blakeley), also owners. Designer Vanessa Guilford, who worked with Born and Drukier on the Pod and Pickwick Arms hotels, created the clever interiors. The Maritime opened in 2003.

Keep in mind:  La Sirena doesn’t serve lunch, not the you’ll starve in this neighborhood. 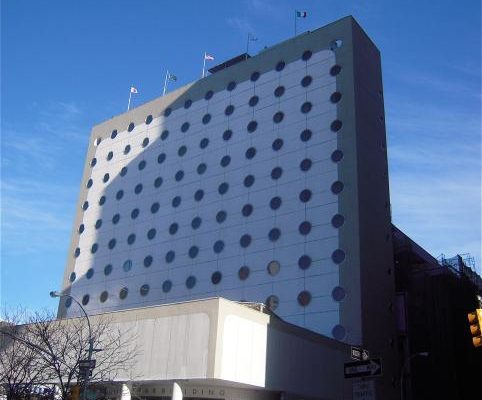 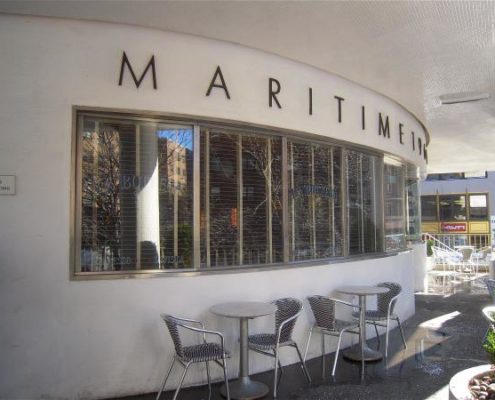 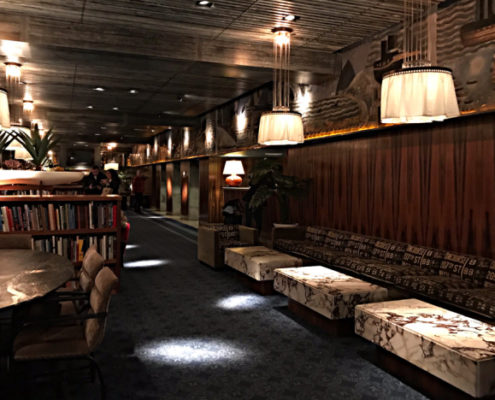 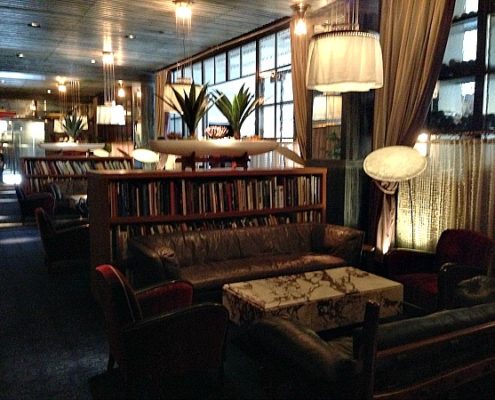 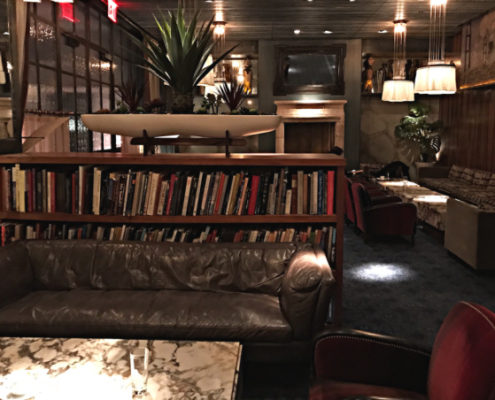 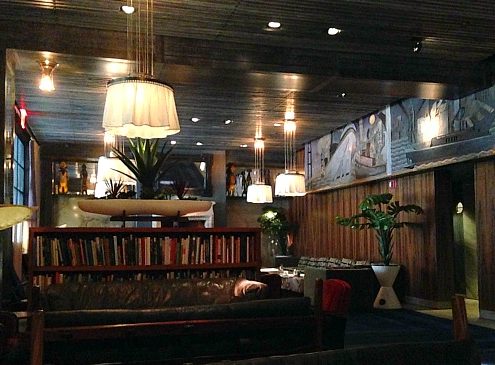 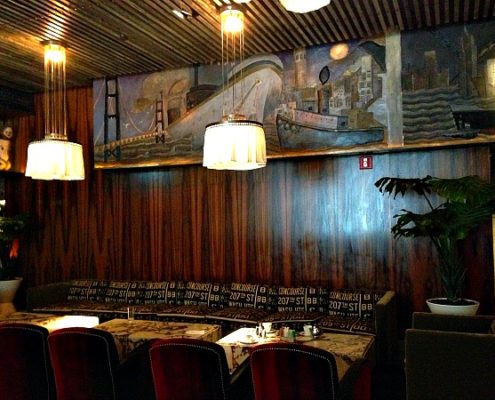 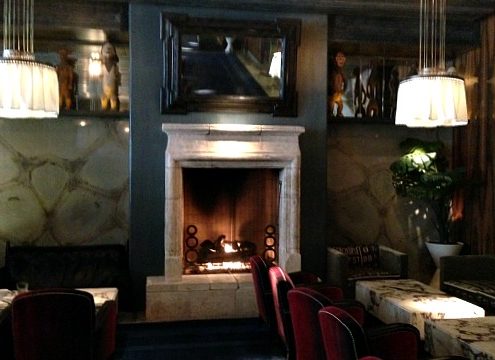 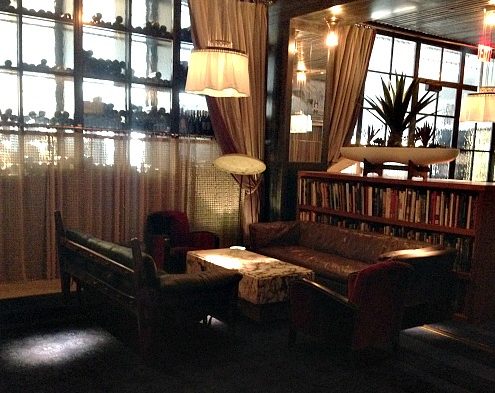 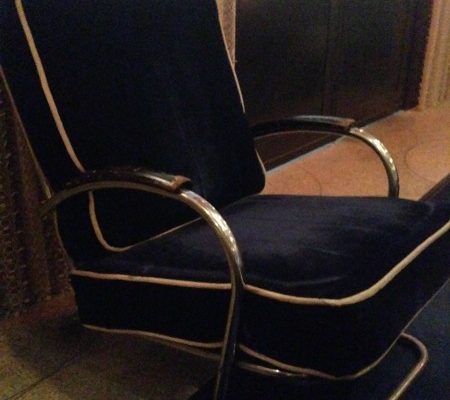 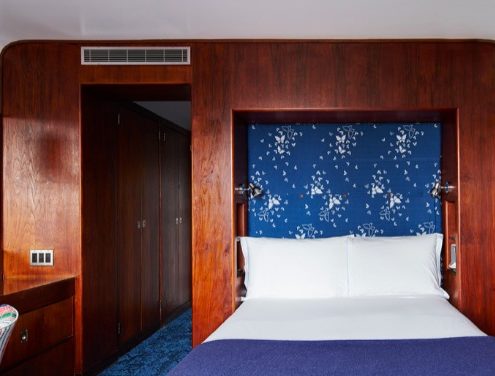 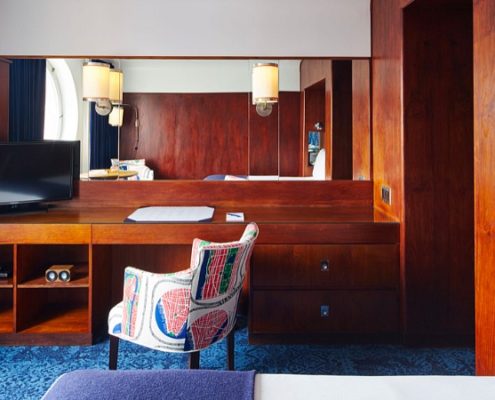 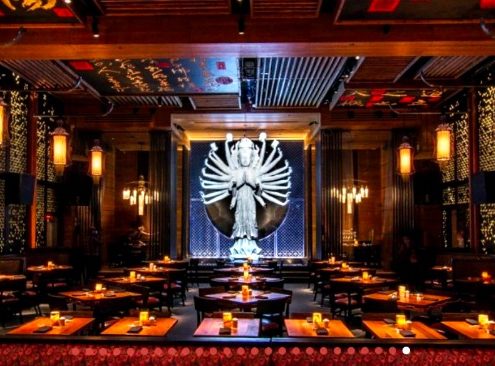