At a glance: First, a word about the name.

Even with “south” tacked on, associating a hotel on West 35th Street with Times Square is a stretch, especially a hotel situated between 8th and 9th avenues. But once you accept that TRYP is a lot closer to Madison Square Garden than to where the New Year’s Eve ball drops, things get interesting.

Billeted in a 14-story yellow brick office building from 1925 the hotel, which opened in February 2012, has character. (Peek behind the metal TRYP sign, and you’ll spot the words Rose Building carved above the entrance.)

It’s moderately priced. Low-season rates start at $229, and the rooms are bigger than closets, which makes up for TRYP’s west-of-the-thick-of-things location on a ho-hum block (warehouses, offices buildings and a police precinct next door).

And the building has been transformed into a stylish, low-key hotel with nothing to hide. TRYP’s royal blue sign stands out like a beacon. And the entire ground floor – lobby, check-in, restaurant and bar – is on display through a wall of windows.

It’s a smart lobby with a 21st-century blend of style, function, comfort and high-tech savvy (the hotel has its own social network courtesy of LobbyFriend).

Good-looking, too, with exposed brick walls, a vaulted pine ceiling and multitudinous flatpanel TV screens doubling as artworks. Nursing a coffee at the bar, I watched a group of women fresh from a shopping spree show off their purchases. A ten-year-old dashed by with his mom. Wheelies rolled past. Farther down the bar, a couple of dudes in hoodies chatted up the bartender, a kickboxer when she isn’t pouring beers.

Rooms: The good-looking standard king I saw was smaller than those pictured on the website but plenty big with a wood floor, large glass-topped desk and two colorful upholstered seats, part chair, part stool, under the flatpanel TV. The clever headboard was designed to look like a chalkboard.

But the closet beside it was one of the smallest I’ve ever seen. Also tiny — the spotless bathroom, tiled in red, cream and gray and outfitted with a glass-fronted stall shower. But whoever decided to paint the ceiling sky blue deserves a cheer. Kudos, too, for the chic sheers – black instead of white – dressing the windows and muting the view of a boring building.

In addition to conventional king- and queen-bed rooms, you can order up a family suite with king beds, sleeper sofas and bunks or an uber-room, like the Samsung media room outfitted with two HDTVs, Nintendo and a popcorn maker in addition to an assortment of beds.

Food and drink: Gastro Bar, the hotel’s informal restaurant, meanders through the lobby. The booths next to the exposed brick wall are roomy, and the communal table had a congenial crowd when I stopped by. In keeping with TRYP’s Barcelona roots, the menu calls its all-American small-plate specialties tapas. Selections like Fish Tacos, Beef Sliders and vegetariano flatbread, of course, need no translation. Our $13 New York Tabla – mini pastramis, mini reubens and mini hot dogs – consisted of six little sliders that were smartly presented, tasty, surprisingly filling and . . . cute.

There’s also a bar, as mentioned above, that serves drinks — and coffees for much of the day.

Surroundings: This hotel is close to Times Square only in its dreams. But it’s well situated if you’re interested in visiting Macy’s, Madison Square Garden or Penn Station. Its immediate neighbors include offices, warehouses and a police precinct. But the nearest subway stop is a short walk away as are bus stops. And if the immediate surroundings are less than thrilling, it’s easy to get to nearly anyplace you want to be, including Chelsea, SoHo, the Financial District, the theater district and, yes, even Times Square.

Back story: The building dates from 1925 and originally housed offices. It opened as a hotel in February 2012 following a major renovation overseen by architect Glen Coben, an alum of the Rockwell Design Group who, with his own company, has designed visually witty hotels like the Hilton New York Fashion District (formerly Fashion26) and the Flatotel. The TRYP hotel group, which specializes in hip, mid-priced hotels in cities, originated in Barcelona, and Coben has cited that city as inspiration for the lobby’s upbeat colors, swooping sofa backs and mosaic tile floor. The TRYP chain is now part of the Wyndham Hotel Group (you’ll rack up Wyndham points if you stay). TRYP Times Square is the group’s first US venture, but more are planned.

Keep in mind: Service can veer from extremely helpful to indifferent. 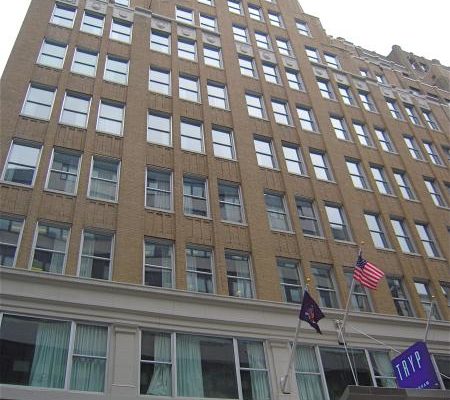 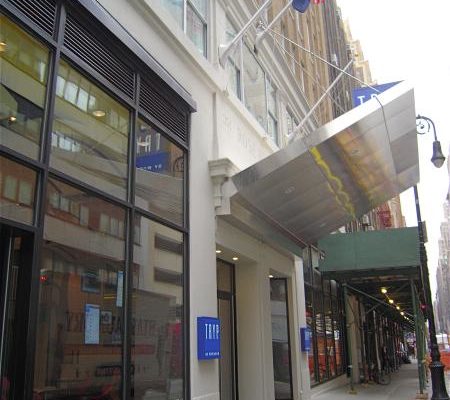 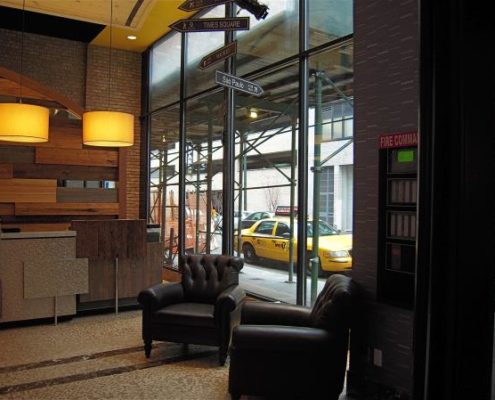 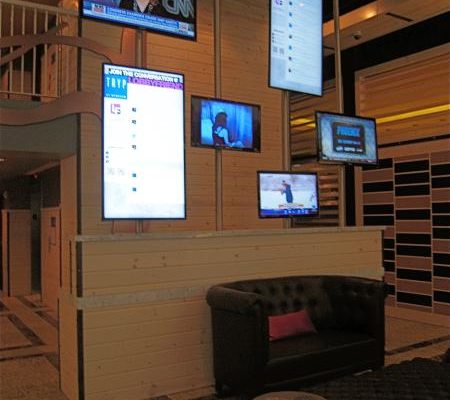 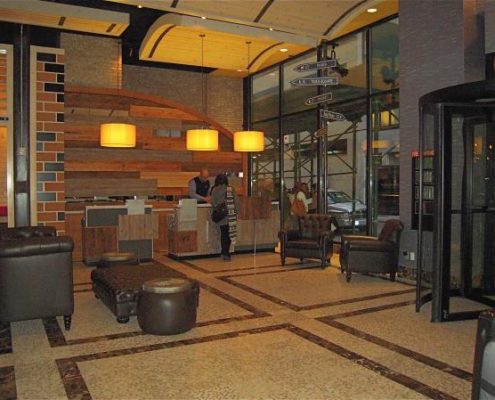 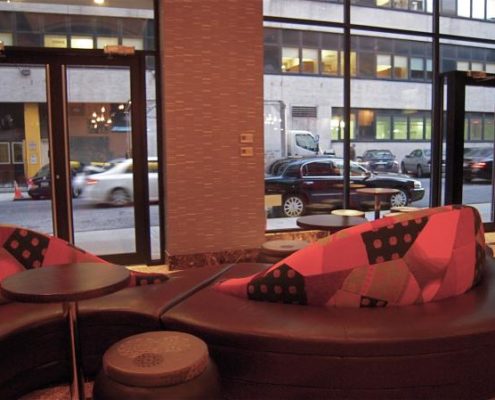 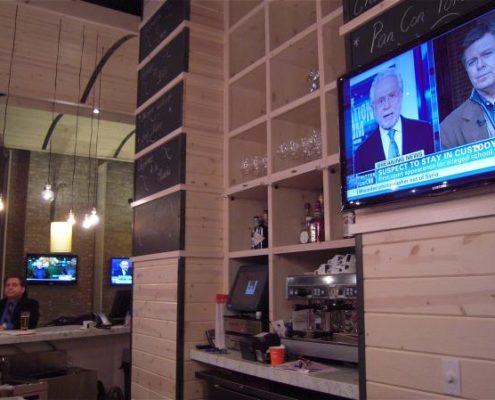 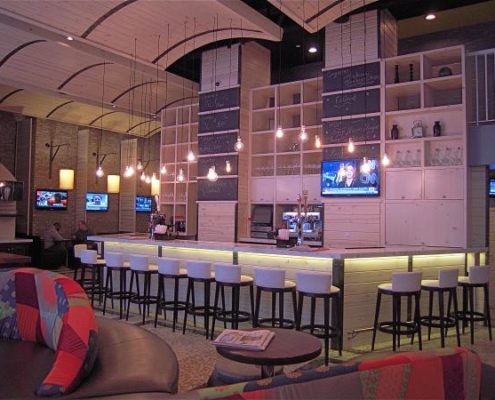 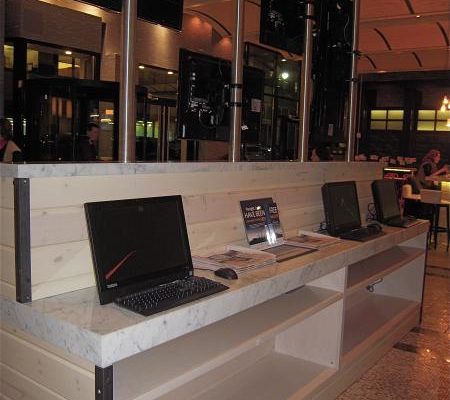 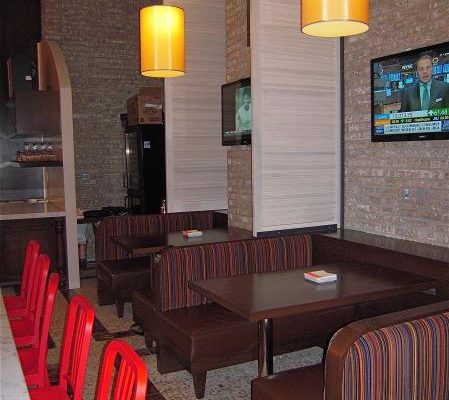 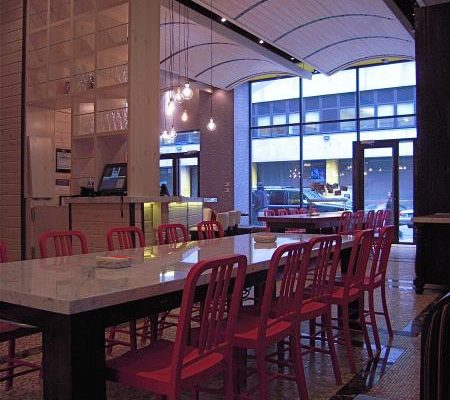 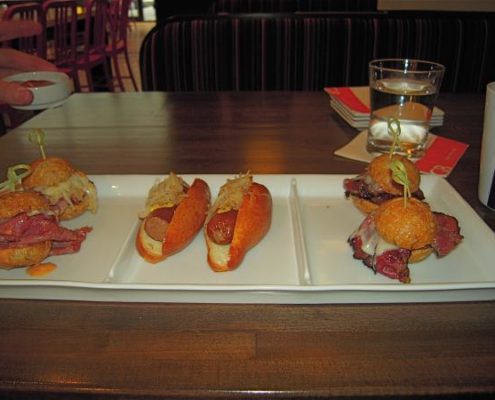 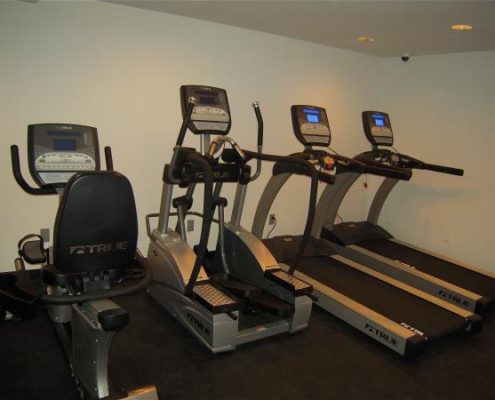 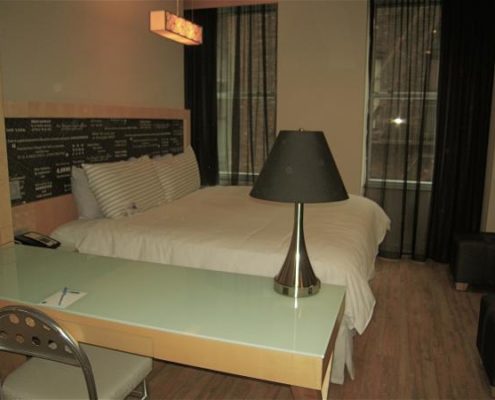 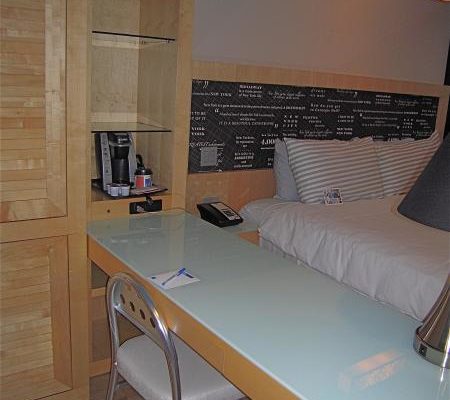