At a glance: When I first took a close look at the Park Central in 2010, it seemed like the biggest New York City hotel you’ve never heard of. A lot has changed since then. The hotel slimmed down from 935 rooms to 761 – not small, but no longer gigantic.

And following a smart top to toe 2013 renovation by the savvy design team at Jeffrey Beers International (The Plaza Food Halls, The Intercontinental New York Times Square) this 1920s brick behemoth is worth knowing about – especially when its rooms start at $199 (prices shoot up like rockets during high season).

The renovated Park Central looks better than it has in years. Aside from its prewar beamed ceilings, almost nothing remains of its previous appearance, especially in the public spaces. Hugh springtime photos of Central Park greet you as you enter the low-ceilinged cream-walled entry. It’s a lobby of sorts with almost no place to sit.

Things warm up as you pass the marble check-in counters backed by sleek open-work wood panels that (almost) hide an enormous lounge, where you can order drinks, light bites or just sink into a club chair or sofa with your phone (you can also perch with a drink at one of several communal tables).

For a hotel that specializes in conventioneers, business travelers and tourists, the Park Central has upped its game. It even has its own version of the dearly departed Waldorf Towers, a small luxury boutique hotel with its own entrance called Westhouse and carved from those rooms it dropped. (A review is posted on our list.)

Rooms: One look fits all, but the new rooms are smart, stylish and soothing. Yes, they look like hotel rooms with the obvious components – wall-to-wall carpeting, a long desk-dresser combo holding the flatpanel TV, tufted leather headboard. But they’re nicely done – the silvery headboards are sleek, the carpeting an airy plaid. And the palette of charcoal, gray and silver is serene. A big improvement on the previous accommodations, in other words.

The hotel offers one-bedroom suites, but the rank-and-file rooms come with king beds, two full beds or two queens. What differentiates them are the views. Most are around 270 to 325 square feet – plenty big by New York standards – but those with interior views can be dark especially on low floors. Exterior views overlook Seventh Avenue and its hodge-podge of brick buildings, including the Wellington Hotel across the street. But corner rooms afford a look at Times Square or, better yet, Central Park, the inspiration for the hotel’s name (sort of).

Bathrooms range from small to less so, but they’re  smartly renovated in black and white tile with persimmon walls.

Food and drink: Though the hotel no longer operates a restaurant, options abound. Park Lounge is a spacious – and good-looking — bar and sitting area behind the check-in desk with tables and club chairs and large communal tables where you can grab a crafted cocktail, beer or wine. It’s also ideal for tucking into a snack from Central Market, the hotel’s well-stocked grab ‘n go, stands across from the check-in desks. Look for breakfast pastries, coffees and snacks, many created by local vendors like North Fork Chips and Jacques Torres chocolates. Additionally, Starbucks and Tissorie, an agreeable sandwich shop that brews Stumptown Coffee, have outposts next door to each other in front of the hotel. And countless restaurants of all stripes are nearby.

Redeye Grill, a full service casual restaurant steps from the hotel, is the official Park Central canteen now that the hotel no longer operates a restaurant.

Surroundings: How do you get to Carnegie Hall? Stay at the Park Central. In addition to being shouting — or singing —distance from the fabled concert hall, it’s also steps away from the Carnegie Deli (we recommend the classic pastrami on rye, known to waiters as a pistol). The hotel is also convenient to just about anything in Midtown, Broadway theaters, Lincoln Center (a bit of a stretch but not too much), Central Park and Time Warner Center (NYC’s upmarket urban mall featuring such stores as Williams-Sonoma, Borders and Hugo Boss, restaurants that include Landmarc, Thomas Keller’s Per Se and Bouchon Bakery and the Rose concert hall, home to Jazz at Lincoln Center). The subway station is steps away as is the bus stop.

Back story: The Park Central opened in 1927 and has a jazzy history. Roaring 20s gangster Arnold Rothstein was shot to death here during a card game. Numerous 20th century celebs stayed here including Mae West, Jackie Gleason and Eleanor Roosevelt, who kept a suite. But like many old hotels, the Park Central had roller-coaster fortunes. The name changed with the management, wafting from Park Central to Park Sheridan to Omni Park Central and back to the original moniker.

This huge hotel was also downsized, more or less, dropping from 1,450 rooms to a mere 935 to make way for the Manhattan Club, an all-suite time-share hotel that shares the block — and a doorway. The previous management did a superficial spruce-up of the property in 2006 with new paint, carpeting and bedding. But the deep-dish 2013 renovation was the game-changer, downsizing to 761 rooms – still big but not gargantuan – and as we’ve seen above, upping the style and quality quotient.

Keep in mind: The new elevators can be confusing. They require that you punch in your floor when call them, so you can’t change your mind once you’re ascending. It also means you might not be able to get into the first cab that arrives since it won’t stop at your floor. 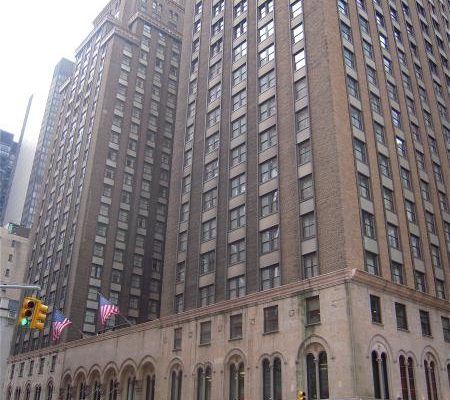 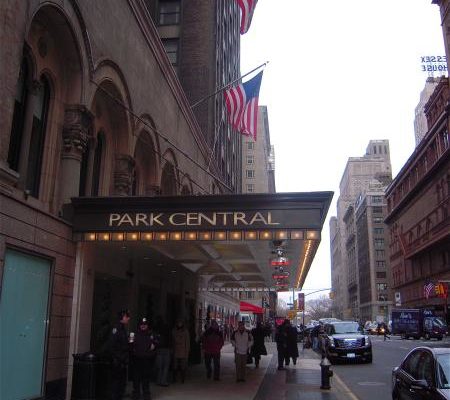 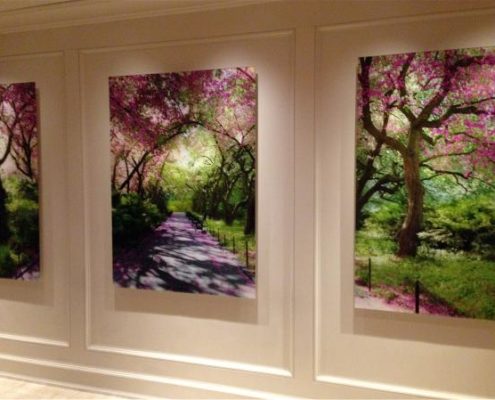 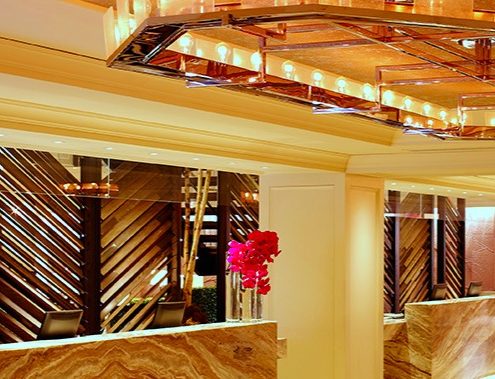 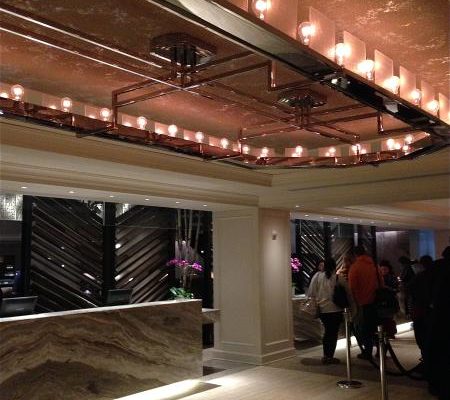 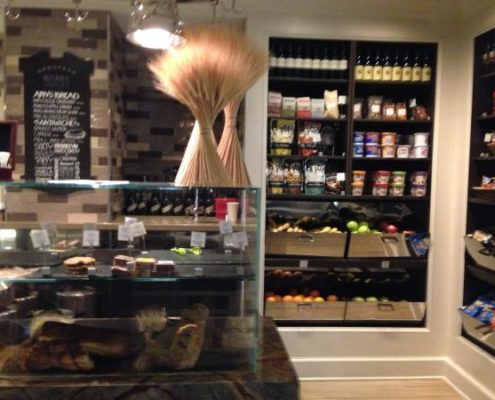 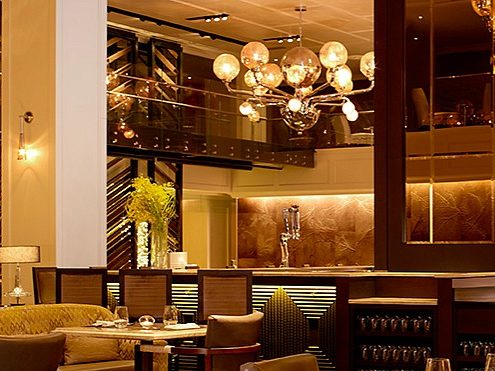 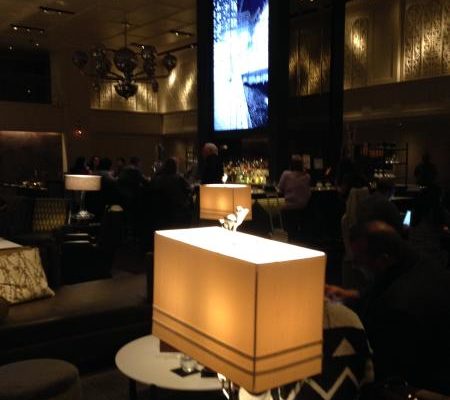 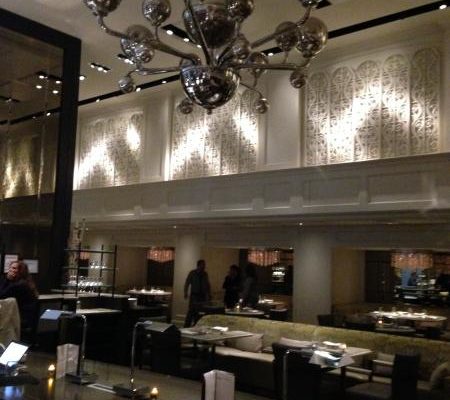 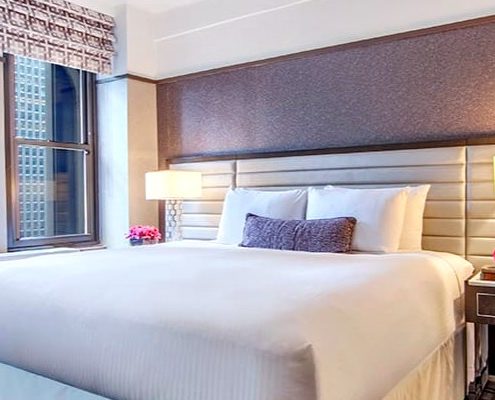