At a glance: In its more than 90 years this dignified but undistinguished stone and brick Upper West Side building has had a lot of incarnations, from apartment building and frowsy Single Room Occupancy to pleasant mid-level hotel.

But in 2013 it was recast as the first New York link in the Texas NYLO chain and became quite a looker. Fast forward to 2019, when the property has been rebranded as The Arthouse Hotel. Same appearance, new name. It seems to be working.

With a nod to the hotel’s Roaring 20s origins the design team at Stonehill & Taylor – one of the hottest hotel architecture firms in town – introduced Twenties grace notes like the lounge’s fringed floor lamps, tufted velvet club chairs and the faux stone mantel in the library. But what the 2013 renovation mainly did was inject a dose downtown cool into a once-staid uptown building. Wit, too.

The renovation made the most of the lobby’s odd dimensions, creating four discreet areas, all appealing. The bar has an industrial vibe, with metal-framed glass cabinets suspended from the ceiling and plenty of seating. In the adjoining lounge you can plop into a velvet chair and listen to the pianist who performs at the red grand most nights. To the back is a discreet check-in desk that, smartly, doesn’t waste much space.

And the showpiece? A brick-lined library with sofas, an enormous flatpanel TV and a communal table. Books, too.

In recent years, the surrounding neighborhood, with its mix of families, actors, writers and dancers, has spruced up. So, too, the Arthouse.

Rooms: Typical of vintage buildings, rooms come in a variety of shapes and sizes, ranging from very small (240 square feet) to a 500-square-foot suite with a spacious terrace. The 2013 renovation bumped up the style quotient.

Rooms have lightened up and look like contemporary uptown lofts with Scandinavian inflections. Forget carpeting. These babies have wood floors warmed up by midnight blue bedside rugs and glamorous floor-to-ceiling curtains behind the pale wood-framed king beds. The beds, which are showstoppers, balance on circular legs that look like wheels and look like gigantic models for kid’s wooden toys.

The room we saw had white walls and a high ceiling. A 240-square foot standard king, it had a long hallway broken by the bathroom and a handsome full-length mirror framed in pale wood. The king-size bed, dressed in a white coverlet, gobbled up most of the sleeping area. On the opposite wall stood a wood desk with a leather swivel chair and a dresser with colorful drawers topped by a flatpanel TV. And blue Roman shades shielded the window.

Food and drink: A branch of the popular Serafina chain, serving casual-stylish Italian food in splashy Rockwell Group digs, offers breakfast, lunch and dinner in a space that adjoins the lobby.

But the winner is an outpost of Red Farm, the popular West Village Chinese restaurant that serves stylish Chinese food (forget General Tsao). During a recent lunch we were impressed by the mea’s freshness, variety and wit (the dumplings looked like Pokemon characters). They don’t take reservations, but if you’re staying at the hotel you can dash back to you room and let them text you when your table is ready.

LOCL, the lobby cocktail bar, serves small plate nibbles and retro drinks like the Upper West Side Old Fashioned, a salute to the room’s 1920s theme.

Amenities: The second-floor fitness center looks onto an airshaft but has a great selection of cardio and weight equipment. Several rooms have private terraces, and a roof terrace overlooking Broadway is open to all guests. Pets up to 50 lbs. allowed.

Surroundings: Though the Arthouse is undeniably on Broadway, this part of Manhattan’s longest street is nearly 40 blocks north of Theater District Broadway. But the hotel is near lots of good stuff and is ideal if you prefer a neighborhood that’s more relaxed and residential than Midtown. Lincoln Center is a dozen blocks away. The American Museum of Natural History and New-York Historical Society are walkable (if you like to walk). Foodie alert: gourmet emporiums Fairway, Citarella and Zabar’s are nearby.

Steps, New York’s superb dance studio, is across the street. And the subway and bus stops are steps away, which means going uptown to Columbia University, midtown to Times Square or downtown to SoHo, Tribeca or the Financial District is (relatively) fast and easy.

Back story: The Arthouse’s big brick building dates from 1919 and originally housed apartments. It eventually degenerated into a dingy single room occupancy abode providing low-cost housing. A 1991 revamp turned the place into the Broadway American Hotel, a stylish budget hotel. I stayed shortly after it opened and was charmed by the clever headboards with cutouts displaying black-and-white postcards from the original King Kong. But many of the original tenants were still in residence, too many of the rooms had shared baths, and the hotel didn’t fly.

Fast forward to 1999. New owners and new management poured in sufficient money for a major upheaval that turned the property into a quality hotel, outfitted every room with a private bath and added a topknot of good-looking suites and terraces. A few of the original permanent tenants were still in residence on the third floor, but On the Ave improved steadily.

New ownership and a brand new look arrived in 2013 when the hotel became the NYLO, the first New York link in a chain of Texas boutique hotels. As noted above, the lobby was gutted and reconfigured and the rooms renovated. The hotel has never looked this good. In January of 2019, the hotel was rebranded as The Arthouse Hotel. Same space, new name.

During the pandemic, Arthouse closed its doors to regular guests and housed essential workers.

Keep in mind: Interior views can be dark on low floors. 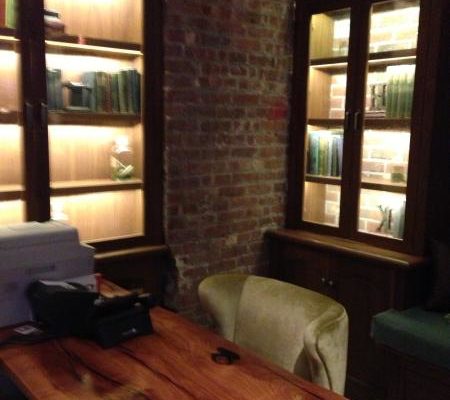 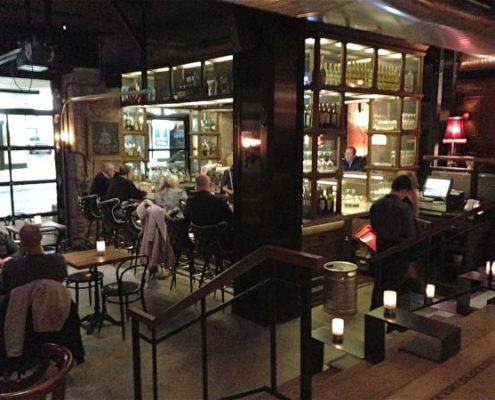 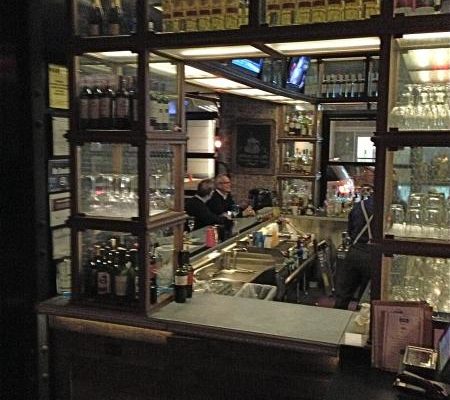 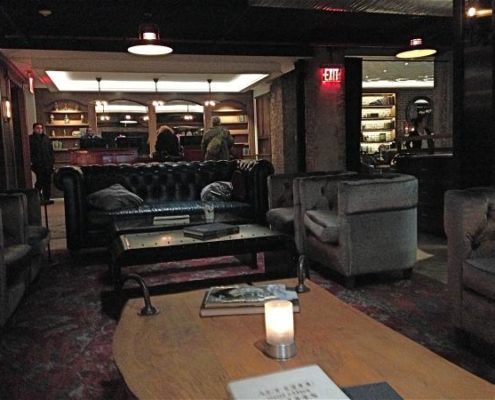 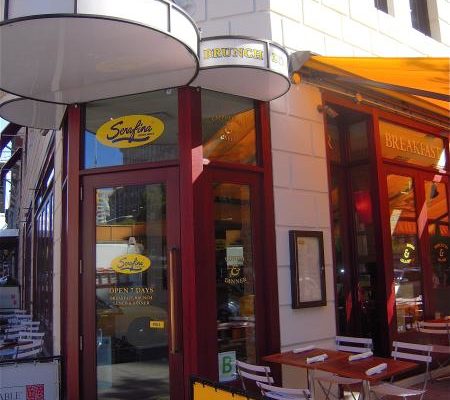 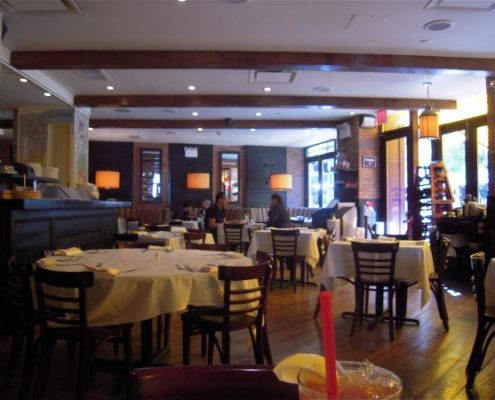 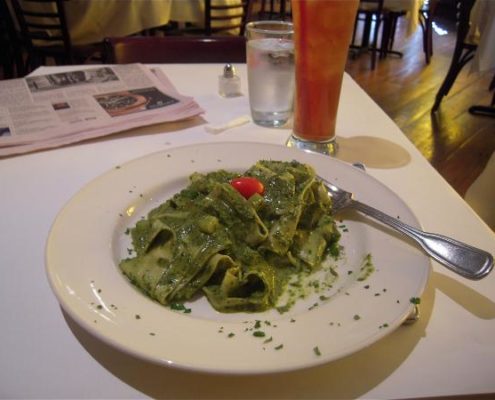 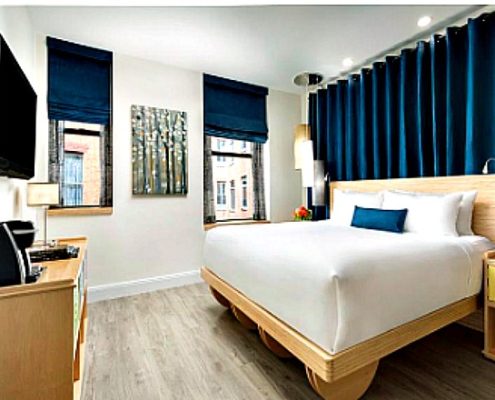