At a glance: The coolest thing about the Wythe Hotel – a place that prides itself on cool – is its sense of place.

Winking at Brooklyn’s manufacturing past, the hotel occupies a red brick building that began life in 1901 as a cooperage making barrels and casks. The boards sported by guest room ceilings and platform beds were harvested from the building. And the front door to each of the 72 rooms boasts a plaque that says Manhattan or Brooklyn – a verbal preview of the only-in-Brooklyn views.

Such touches all but scream Williamsburg, the hipster Brooklyn neighborhood where the Wythe occupies a prime piece of waterside turf.

I like the look of this hotel that still feels of the moment – it opened in 2012 — yet skillfully channels the past. The front door opens onto a loft-like lobby lined with huge-paned windows, exposed brick walls and a sitting room with the requisite leather sofa, wing chairs, and updated Windsor chairs. But what I really like about the Wythe is the laid-back feel. Yes, the hotel is new(ish) and clean, but it doesn’t feel glitzy or ultra-polished. It’s Brooklyn — the pace is slower, it’s easy to breathe, and Le Crocodile, the hotel’s French brasserie opened in 2019, is wildly locavore (wildly crowded, too).

Rooms: The look of the lobby wafts upstairs, where hallways are wide with concrete floors beneath and the wood-beamed ceilings are 13 feet high. The first room I saw faced Brooklyn (wall-to-wall buildings, no water). But the skyline is low, the window, framed by white sheers, was big, and with its exposed brick walls, the room felt like an old-new mash-up in all the right places. You could imagine yourself in a black-and-white movie but also feel totally 21st century.

A long hallway led to the sleeping area with a stop for the big, white-tiled bathroom (soaking tub and stall shower). The queen-size platform bed perched on turned legs — rope is woven through those harvested boards – commanded all the attention (and most of the space).

A marble-topped table and two bentwood chairs stood near the window. It was wildly romantic all round if concrete, marble and exposed brick pump your pulse.

A king-bed room facing Manhattan was bigger with a pair of leather club chairs near the immense paned window and a wood-topped forged metal desk opposite the wood-plank bed. Light streamed through window – and serenity.

Food and drink: Le Crocodile, a French brasserie-style restaurant with chefs Aiden O’Neal and Jake Leiber, replaced Reynards, the hotel’s original restaurant, and has been serving to packed houses ever since. The change came following the departure of restauranteur Andrew Tarlow from the hotel in 2018. In charge since February 2019 is Jon Neidich of Golden Age Hospitality group (Slowly Shirley, Acme). Also flourishing is Lemon’s, the Wythe’s atmospheric bar that wraps around the top floor, affording views wherever you look. The outdoor seating area sprawls, but indoor accommodations mean you can enjoy some semblance of the view on snowy nights, too.

Surroundings: The Wythe is located on Wythe Street near the water in what is still one of Brooklyn’s hippest enclaves. A smattering of shops (vintage, hand-made jewelry), coffee shops and restaurants are nearby but so are warehouses, apartments and old buildings in the throes of gentrification. The hotel is several blocks away from the L Train subway stop (hop on, and you’re in lower Manhattan in 10 minutes).

Back story: The Wythe opened in spring 2012 in a red brick waterfront factory that originally housed a cooperage that made barrels and casks. Behind the $32 million property was Brooklyn restaurant impresario Andrew Tarlow, whose establishments – Diner, Marlow & Sons and Marlow & Daughters — specialize in artisanal, ethically sourced food and the attendant vibes. He partnered for the venture with Jed Walentas, scion of DUMBO real estate magnate David Walentas, and Peter Lawrence, and voila — the Wythe was born. In October, 2018, Tarlow left the restaurant but his two business partners remain — as does the property’s distinctive vibe.

Keep in mind: The staff members I encountered were friendly and accommodating but more casual – and less polished – than across the water. No room service. 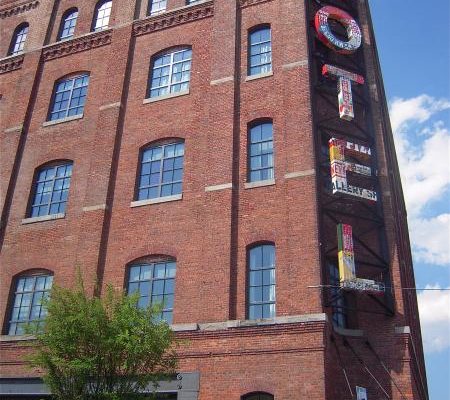 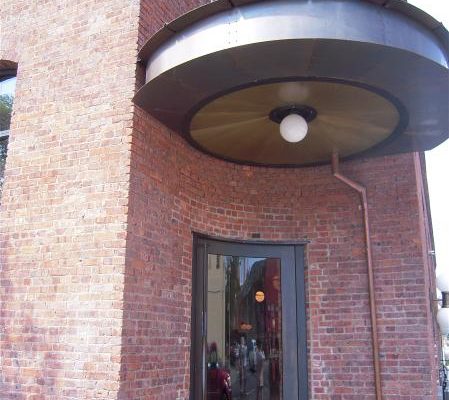 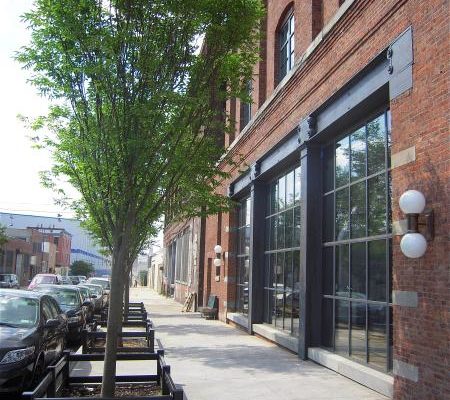 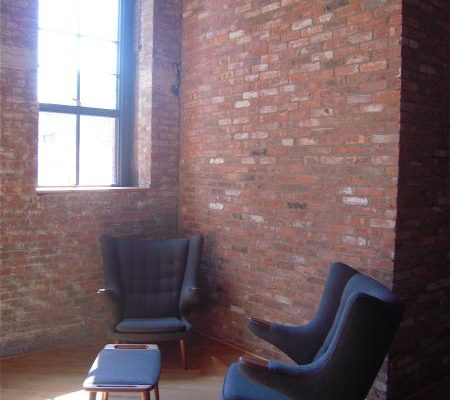 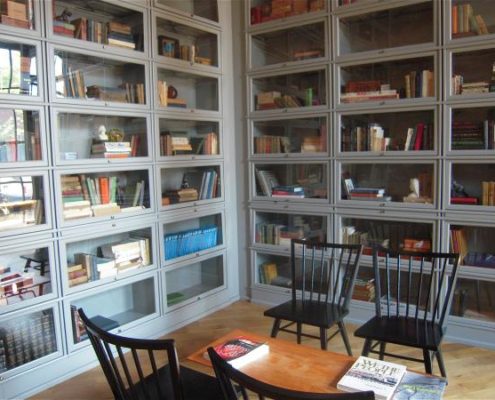 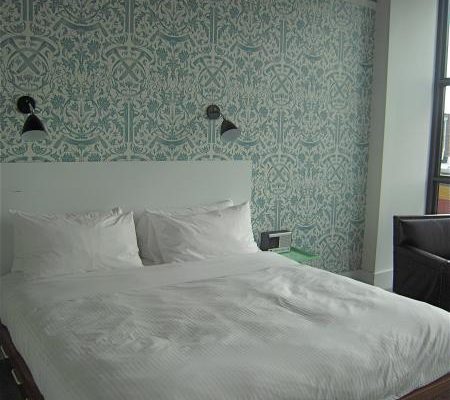 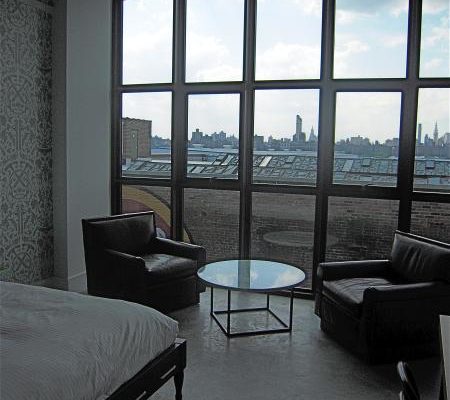 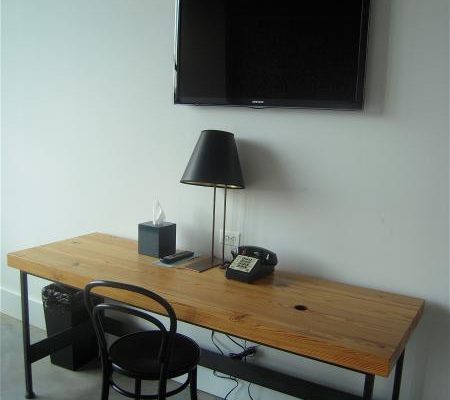 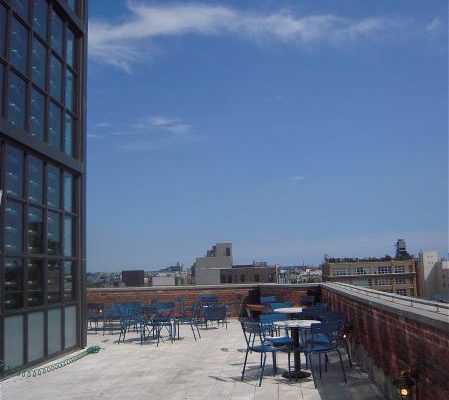 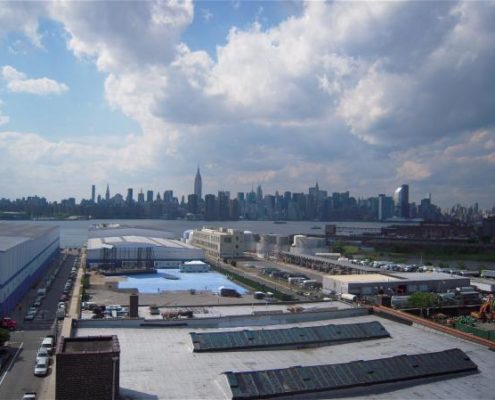 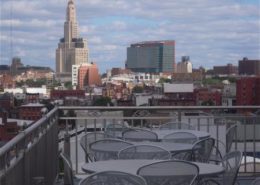 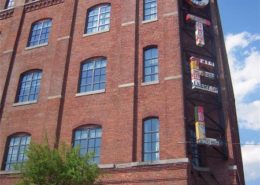