Along with Canadian Club, the Oyster Bar and the commuter train from Grand Central, New York city hotels figured big in the lives of Don Draper and his Sterling Cooper cohorts. Here’s where they checked in — and what you’ll see today if you check in (or check them out). 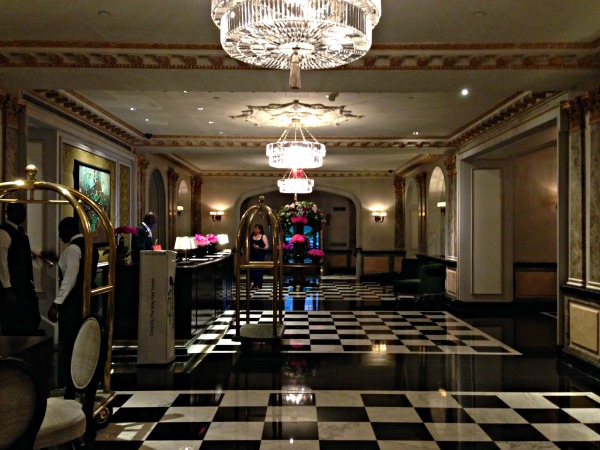 Then This swanky Fifth Avenue Art Deco tower named for Pierre Casalasco, the hotel’s first manager, got off to a inauspicious start, auctioned off to a new owner just three years after it opened in 1930, admittedly a bad year for new ventures. Five years later, John Paul Getty snapped it up for a mere $2.5 million. Still, by 1950 The Pierre was undeniably plush, the first New York hotel with radios and televisions in every room. Nine years later, it became a glamorous cooperative, with 75 apartments sold to private residents. The Pierre hotel kept the rest, including the stylish suite that became temporary headquarters for a fledgling Sterling Cooper Draper Price when Lane joins Don, Roger and Bert in their break-out advertising firm in Season 3.

Now Re-opened in 2009 following a grand-scale renovation, the Pierre looks as swanky as Don & Co. would remember it, albeit with well-chosen 21st-century amenities like updated plumbing, a world-class ballroom, artfully restored rotunda murals and the glamorous Two East Bar and Lounge, carved out from former offices. Rooms are traditional, ca 2015, dressed in soothing shades of ice blue, celadon and cream and outfitted with timeless furniture, marble bathrooms and Indian paintings and prints (India’s Taj Hotels & Resorts manages the place). 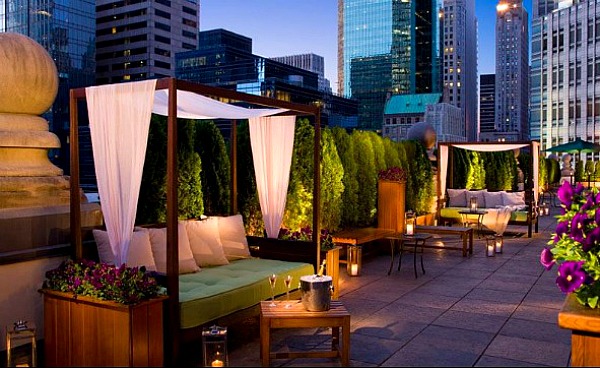 Then A spiffy “station hotel” when it opened in 1924 (the underground passage to Grand Central is still in use), the Roosevelt, named for the 26th President, started life as a Roaring ‘20s hotspot, one of New York’s first hotels to employ the revolutionary “set back” architectural style. (It was also among New York’s first hotels to put radios in every room.) Famous for weekly radio broadcasts by band leader Guy Lombardo and his Royal Canadians from the hotel’s Starlight Room, the Roosevelt was still thriving when Don checks in after being thrown out of the house by Betty in Season 2.

Now The lobby, replete with fresh flowers and Rough Rider memorabilia, retains its 1920s charm, and Mad26 is a hopping Midtown roof bar with dazzling views and stylish seating. But despite a 2012 refurbishment, rooms vary wildly in quality, comfort and amenities. And the room we saw during a recent visit bore only a casual resemblance to the website photos. 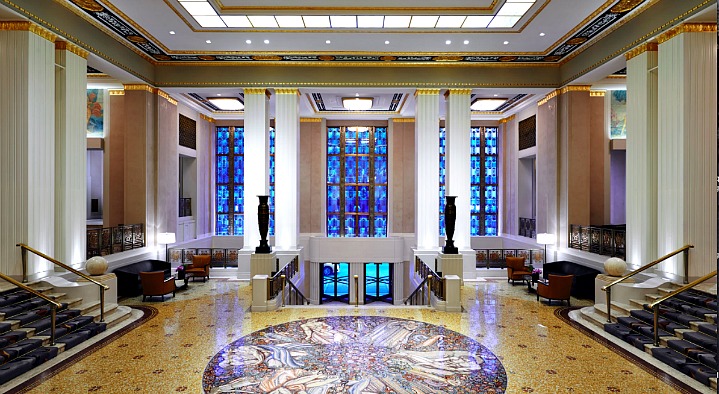 Then When it opened in 1931 in its sleek Park Avenue digs, the Waldorf-Astoria was New York’s most glamorous hotel, flaunting a pedigree extending to two patrician lodgings razed to make way for the Empire State Building — the Waldorf Hotel, founded by William Waldorf Astor in 1893, and the Astoria Hotel, built next door four years later by a warring branch of the Astor family. Hotelier Conrad Hilton declared it “the greatest of them all” when he took over management in 1949, and “Connie” clearly enjoys showing Don around his Art Deco showpiece in Season 3, meeting him in the Presidential Suite and offering something from the kitchen (“Food? Best kitchen in the world. Got a salad named for it.”). Undeniably luxurious, the Waldorf was the first hotel to offer room service, and the guest list already included Cole Porter, the Duke and Duchess of Windsor, Frank Sinatra, Nicola Tesla and every U.S. President since Herbert Hoover.

Now Public rooms look spectacular following major renovations, most notably to the Park Avenue lobby, restored to its 1931 glory with a freshly polished allegorical mosaic floor (and new LED lighting) in 2012. Alas, guest rooms remain outdated, keeping the Waldorf affordable by New York standards but barely reaching 4-star status. But with a huge cash infusion from the hotel’s $1.95 billion sale to a Chinese insurance company in 2014, the deep-dish renovations the Waldorf deserves are in the offing.

Update 2017: Purchased in 2016 for nearly $2 billion by Anbang, a Chinese insurance conglomerate, the Waldorf is closed for major renovations for two to three years. 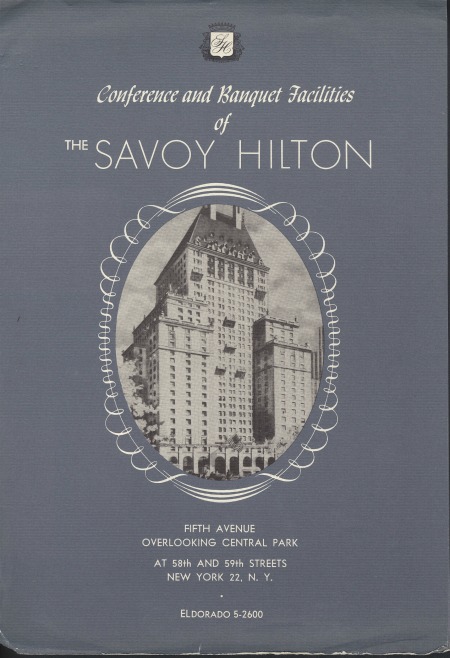 Then A glamorous high-rise designed by McKim, Mead & White, the 33-story Savoy-Plaza opened on Fifth Avenue in 1927 across the street from The Plaza and a few doors from the Sherry-Netherland, creating a high-tone Hotel Row. Hilton Hotels took over the property in 1958, opening a branch of Trader Vic’s, the hot California restaurant chain that birthed the exotic Mai Tai cocktail, and renaming the place the Savoy Hilton. It’s here, Season 2, Episode 1, that Don and Betty meet in the bar on Valentine’s Day, fall into a big bed upstairs with a blue velvet headboard and order room service (avocado stuffed with crab and steaks) while watching Jackie Kennedy’s historic White House tour on the black-and-white TV.

Now Gone. Following its last hurrah during the 1964 New York World’s Fair, the hotel was razed in 1965 to make way for the monolithic General Motors Building, a boring white skyscraper that seems utterly devoid of redeeming qualities (F.A.O Schwartz recently announced it will be exiting the premises due to a confiscatory rent hike). The Apple Store, which appears to have no difficulty paying the rent, occupies the large glass cube out front.

Scotch on the Rocks With A New Twist at The Pierre
Want to Stage a Fashion Show During New York Fashion Week? Check Into a Hotel
So Long, Waldorf: Why The New York Palace Is the President’s New NYC Home Away From Home
Is This New York City’s Worst Hotel for Singles?
Eight New York Hotels That Know How to Dress for the Holidays
A Summer Ice Cream Treat To Scream For At The Pierre New York
1 reply

Special Globe, A New Website That Focuses On Traveling With Special Needs C... Celebrating the Iconic Line Art of Al Hirschfeld At The New-York Historical...
Scroll to top