You’re looking at a picture of the Excelsior Hotel on the Upper West Side. Is this the worst place to stay in New York City if you’re single?

It is according to a survey that asked singles to identify the top New York City hotels to be avoided by unattached men and women looking for a good time. 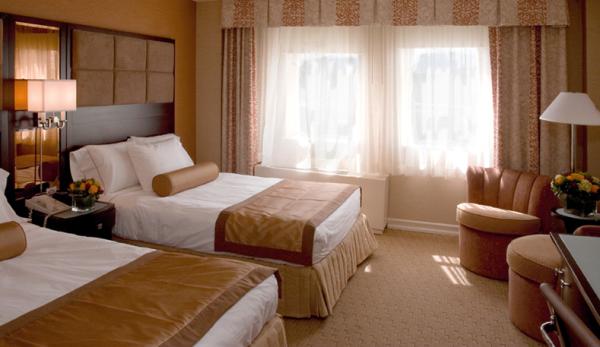 The survey, which polled 2,312 singles, was conducted by Miss Travel.com, a year-old dating website that bills itself as the first – and, to date, only — social network devoted to travel dating. (Members browse profiles of other singles and set up trips together, with one of the parties footing the bill.)

The Excelsior easily nabbed first place, with 33 percent of the recipients voting it the New York hotel fun-loving singles should steer clear of. Among the runners-up, the Hotel Pennsylvania got 20 percent of the vote, with 18 percent going to The Roosevelt, 15 percent for Vinci Avalon, 10 percent for the Hotel Elysee and 4 percent shared by unnamed Others.

What criteria do the singles surveyed use to size up a simpatico hotel? The biggest factor by far is clientele (61 percent). Trailing in descending order are location (14 percent), esthetics (9 percent), amenities (6 percent), cleanliness (5 percent), customer service (3 percent) and, at rock bottom, price (2 percent). The average age of the women surveyed was 27 and the men 33.

“Cleanliness and price are generally important factors, but singles believe that the guests themselves define the quality in a hotel,” says Brandon Wade, the 42-year-old founder and CEO of Miss Travel.com – and until last year, a single himself.

Hmm. While I don’t think of singles when I think of the Excelsior – it’s a quiet hotel in a 1920s building that’s best known for its location across the street from the American Museum of Natural History – it’s home to Calle Ocho, a lively Latin fusion restaurant with a hopping bar. Does the hotel really deserve first place?

I called the Excelsior. “This is the first I’ve heard of it,” said a desk attendant of the survey, adding that he couldn’t disclose his name and that the manager was unavailable. “We basically have families from Europe and business day trippers staying with us.”

As for the survey, why did Miss Travel.com seek out the worst New York hotels for singles instead of the best? “You always hear about the best, so we decided to put a spin on it,” said Leroy Vasquez, a spokesman for the site.

But New York was voted the nation’s second most romantic city for singles in an earlier survey, he added. Right after Las Vegas.

Pass the Popcorn: What Were the Most Watched Movies in Hotel Rooms in May 2... The Paramount Lobby Gets a New Look — Again
Scroll to top