Dark libations like bourbon and rye don’t wind up in cocktails nearly as often as the clear stuff, like vodka and gin. But they get mixed with something other than water a lot more than scotch.

Purists might say the reason is obvious. Or as my husband puts it, why ruin a great single malt?

That, of course, makes scotch the Everest of cocktail ingredients, a liquid gauntlet thrown down to adventurous bartenders. The mixing team at The Pierre’s Two-e Bar couldn’t resist temptation. 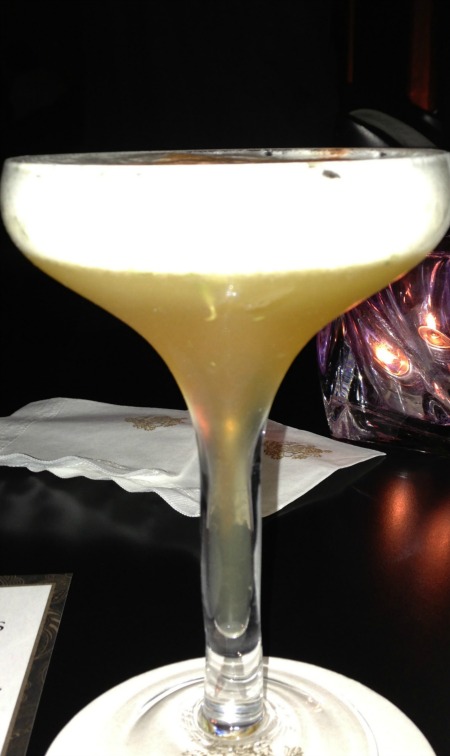 An unexpected riff on scotch

Through June the bar offers a specialty menu of five cocktails built on aged single malts. If you’ve ever wondered how 12-year Coal Ila might look – and taste – in a stemmed champagne glass paired with blended Scotch Gravya Liquor, Frangelico and Prosecco, it’s called the Nutty Scotsman, and it’s a lively, complex quaff.

Scotch proved the most challenging mixer the Two-e bartenders ever tackled, says Paul Johnson, a member of the team that cooks up a new batch of bespoke cocktails every season. “Scotch doesn’t play nice with other ingredients,” he says.

It took 15 attempts to come up with the final five. They range from the Pear Soiree — 10-year Glenmorangie, Drambuie, vodka, sage and pear – so light the taste of scotch whispers, to Shimmer Dim, a hearty scotch take on a Manhattan made with 12-year Cragganmore, tawny port, cinnamon syrup and Angostura bitters.

Will they convert single malt chauvinists? Probably not. But for cocktail enthusiasts eager to sample something you haven’t tasted a zillion times, you’ve got five clever concoctions to choose from. Sip enough, and you’ll imagine yourself in the Highlands before the night’s out.

Want to Stage a Fashion Show During New York Fashion Week? Check Into a Hotel
Eight New York Hotels That Know How to Dress for the Holidays
The Merriest, Happiest Holiday Decorations at New York City Hotels, 2022 Edition
The Unofficial Mad Men Guide to New York City Hotels
Is That Beer In A Champagne Saucer? The Pierre Mixes Up Seven Chic Brew-Based Cocktails
New York Hotels Where You Can Watch the 2014 Winter Olympics in Comfort and Style
2 replies

Freshening Up Affinia 50: A Mid-Century Hotel Goes Mid-Century Mod Drink Up — Where to Find The Best Hotel Coffee in New York City
Scroll to top