You can think about opening a bakery. You can spend the foreseeable future baking cookies. Or if you happen to be Deden Putra, Executive Pastry Chef at the Peninsula New York, you can create a five-star gingerbread hotel that stands six feet tall and smells as inviting as it looks. 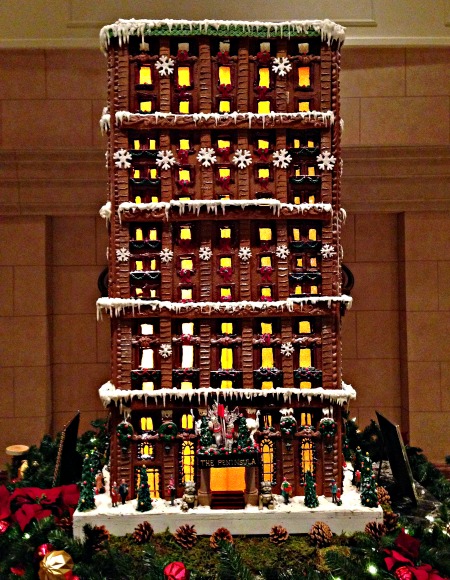 Commanding the mezzanine during the holidays, Putra’s confectionary masterpiece, created with the help of assistant Irene Widjaya, is a fanciful replica of the Peninsula’s 15-story Beaux Arts building, faithful down to the exquisitely iced Fu dogs guarding the doorway. Snowflakes whipped up from sugar and egg whites bedeck the walls, candy icicles hang from the eves, and iced chocolate wreaths and ribbons dress up the windows.

Like the Fifth Avenue original, the gingerbread Peninsula greets you in full holiday regalia with confectionary reindeer and Christmas trees perched atop the hotel marquee. But the magic happens in the back, where a trio of furnished rooms turn a gingerbread house into a dollhouse Florine Stettheimer would have adored. Peek inside for a look at a rendering in miniature of the hotel’s Gotham Lounge and a pair of suites. The furnishings, designed to look like miniature versions of the hotel rooms, were customized by a maker of dollhouse furniture in Ohio. “The original plan was to create confectionary furniture, but we really wanted the rooms to look like the ones in the hotel,” Putra says. 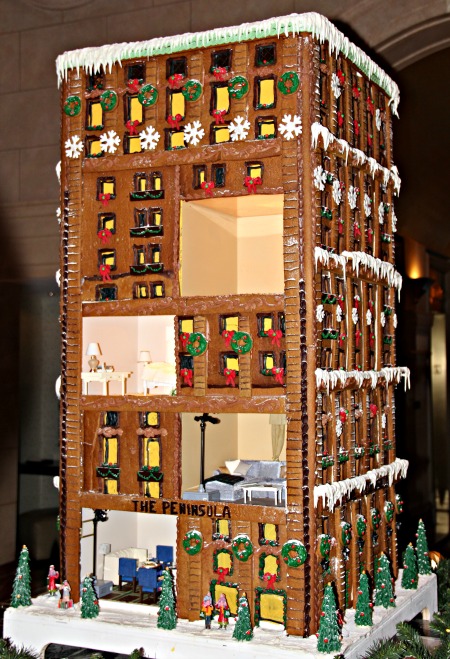 Looking in from the back. 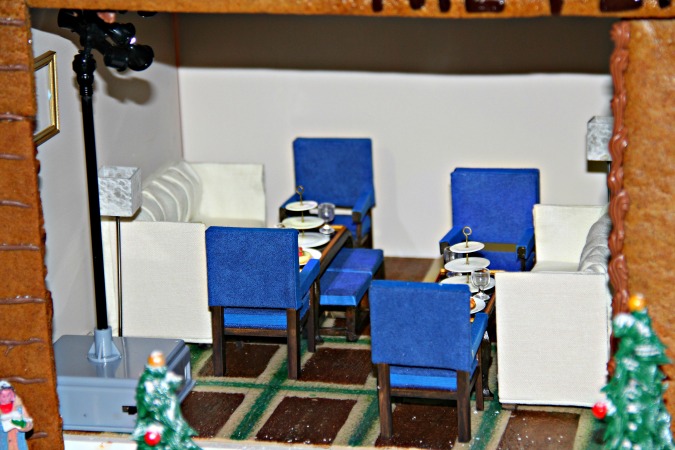 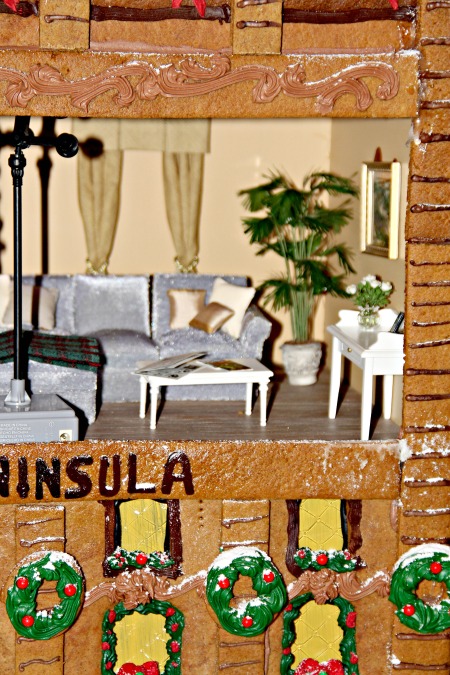 A peek at the sitting room of a suite. 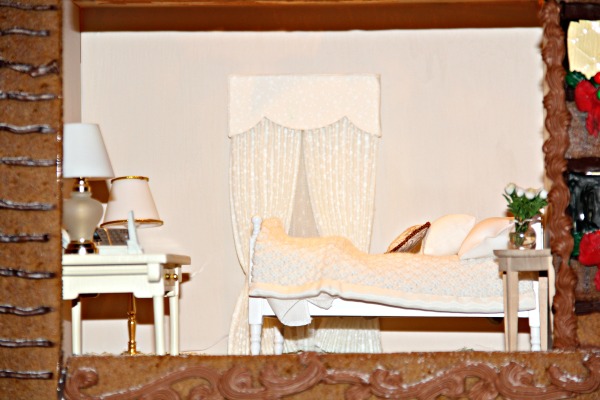 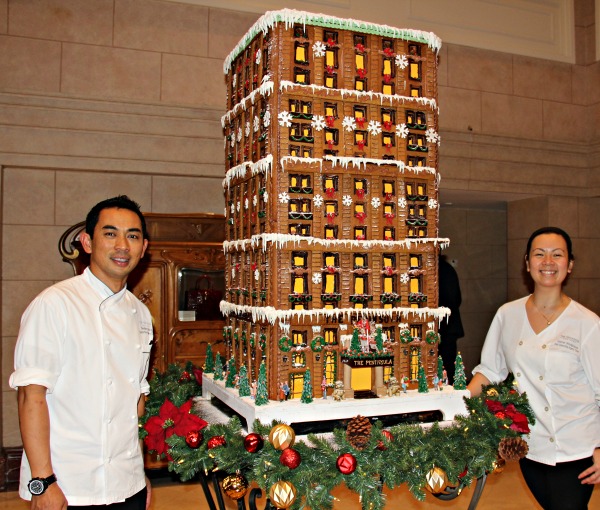