If it’s October, it’s red book time — the month when Michelin and Zagat release their annual hit list for New York’s best restaurants. The internet all but explodes with restaurant reviews, but Michelin and Zagat stand at the top of their game in their respective categories — unbiased professional reviews conducted anonymously and super-crowdsourced reviews.

Michelin’s choices for top hotel restaurants are identical to last year’s (and not that different from 2014). Once again, Jean-Georges at the Trump International Hotel & Tower garnered three stars (“exceptional, worth a special journey”). Just six restaurants made the cut.

For the third year running, hotel restaurants were shut out of two-star recognition, where ten restaurants ruled.

And among the 59 restaurants garnering one-star (hardly chump change), the four hotel winners once again were Ai Fiori at the Langham, The Breslin at Ace, Cafe Boulud at The Surrey and NoMad at The NoMad. (Why do we bother?)

Our prediction: look for the Clocktower at the Edition hotel on next year’s list. 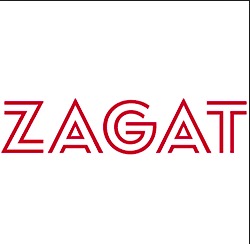 Meanwhile at Zagatland, more of the same-old, same-old with a modest adjustment. Six hotel restaurants cracked Zagat’s Top 50 for best food, up from four last year. Here’s the scorecard with the rankings for 2016 and 2015:

Nougatine at Jean-Georges at Trump International — ranked 15 for 2016, up from 20 last year

New Paintings by Artist Sonya Sklaroff Transform Sofitel New York Into An Art... View from the Trade Fairs: What You Can Expect to See at Hotels in the Coming...
Scroll to top