Even if you don’t set foot in the sprawling Billie Jean King National Tennis Center in Flushing Meadows-Corona Park between now and September 9, it’s easy to feel like you’re part of the U.S. Open  if you know where to look.

Hotels are a great place to start. The players have to say somewhere, after all. So do fans. And whether it’s drinks, decor, games or a big screen, tennis is in the air.

Here’s a sampling of what we found nosing around Midtown hotels. 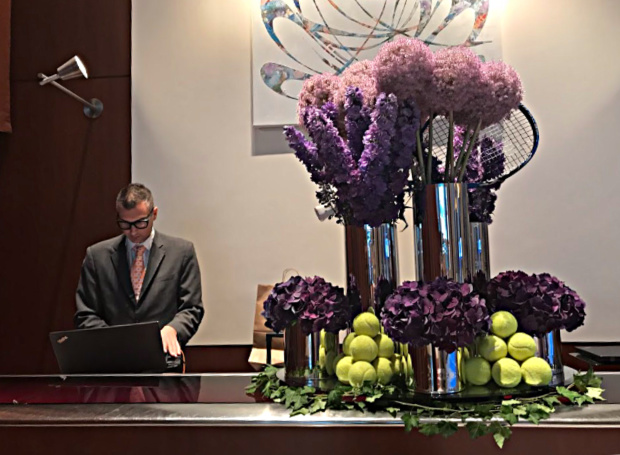 Flowers and tennis balls at the Parker New York

An Open-friendly flower arrangement at the Concierge Desk at the towering Parker New York (formerly Le Parker Meridien). The hotel also broadcasts the Open on a large screen in the spacious, double-height lobby, currently carpeted in U.S, Open blue. And yes, there’s seating. 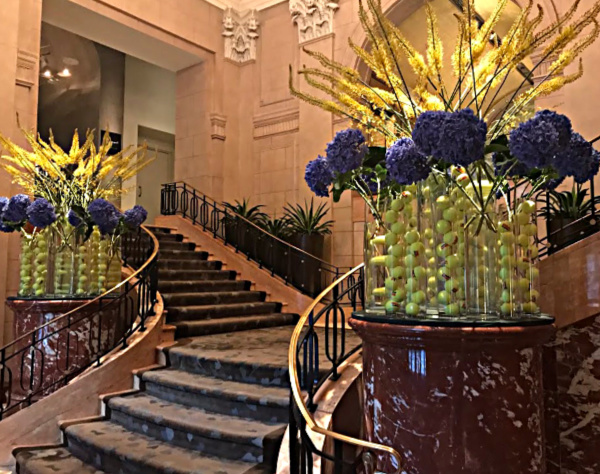 Tennis-inspired floral arrangements at the Peninsula

Here’s what greets you at the Peninsula New York, a luxurious Midtowner that the knows how to update the classic hotel flower arrangement. 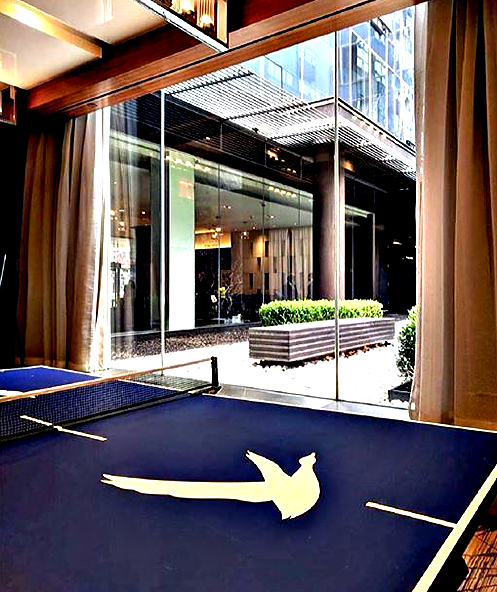 As befits an official sponsor of the Open, the stylish, contemporary Intercontinental New York Times Square serves up a pop-up game lounge offering table tennis and tennis Wii for the duration of the tournament. The lively Stringer Cocktail Bar also offers the classic Open drink, the Honey Deuce (see below) and screens the games. 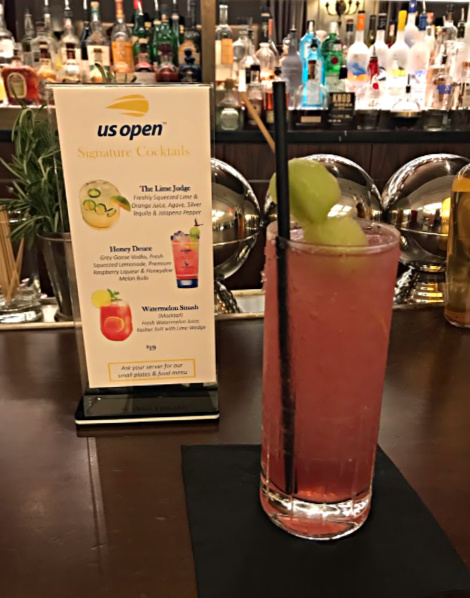 How popular is the Honey Deuce, the official U.S. Open cocktail? Last year the Open served a record 224,282, up from 200,977 according to Forbes. Created in 2007, the tall, cool riff on a Tom Collins turns up at Manhattan bars during Open season including the clubby bar at the historic Intercontinental New York Barclay. Served in a chilled, cut-glass Collins glass, it’s a refreshing mix of Grey Goose Vodka, fresh squeezed lemonade and Raspberry Liqueur garnished with honeydew melon balls on a stick. 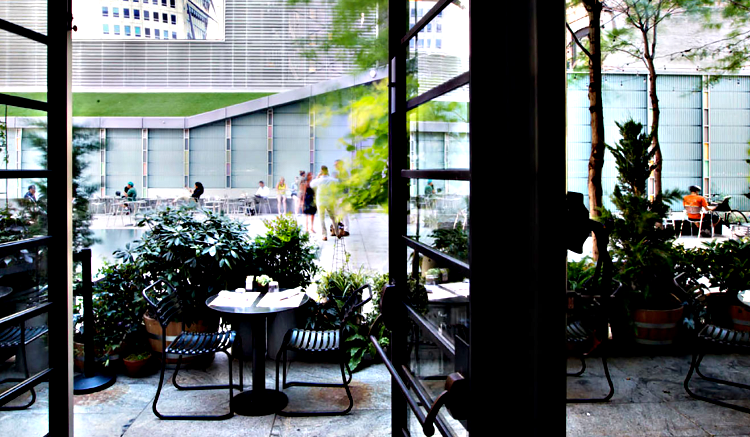 Can’t make it to the Open for the Men’s Final this Sunday? Catch it at Big Screen Plaza, the 10,000-square-foot outdoor multimedia space behind the Eventi Hotel. You can watch the game from a table at The Vine, the hotel’s casual restaurant overlooking the screen. Or grab a drink from the bar and watch outside. With a 30-foot HD screen you won’t miss a play.

Still need a hotel for the Open? Here’s our smart choice list if you’re heading to Queens.