With a nod to Earth Day, we offer our (second) annual roll call of green New York City hotels.

The greenest of the green are those with LEED certification – third party proof of adherence to the Leadership in Energy and Environmental Design standards set by the U.S Green Building Council. 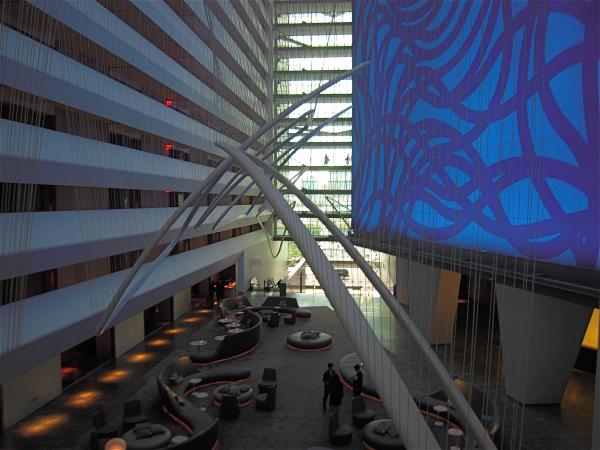 California has the most LEED certified hotels with 25, but New York comes in second, with 11. A New York City property has yet to achieve Platinum level, the green holy of holies. But New York isn’t chump change.

But they’re not alone. A growing number of hotels have adopted environmental initiatives. Into this mixed (biodegradable) bag go the recycling of paper, cardboard, ink cartridges and aluminum, biodegradable room keys, energy purchased from renewable sources, roof gardens and sedum plantings to regulate building temperatures, duo-flush toilets that conserve water and soap recycling programs that collect used soap to be sanitized and sent to nations in need of it, to name a sampling.

An informal list of hotels participating in some or all of these initiatives as well as other include Westin New York Times Square, Westin New York Grand Central Station, the Benjamin, Ink48, the Intercontinental New York Barclay, the World Center Hotel, the New York Hilton Midtown. Aloft Harlem, the Waldorf Astoria, P:ark Central, the Refinery and the High Line. If we’ve missed a property, give a shout out.

The Best of the New at NYC Hotels, 2012 Edition
Ace it! New York’s Best Hotels If You’re Going to the U.S. Open
How Have NYC Hotels Weathered the Horrors of Hurricane Sandy?
A First Look at the Fanciful, Floral Crosby Street Hotel
Four Hotels Where You Can View the Statue of Liberty Without Taking a Boat
Scary Sandy, the Hurricane Horror, Checks In and NYC Hotels Hunker Down
5 replies