The Westminster Kennel Club Dog Show breezes into town this weekend. For dog enthusiasts, this is New York at its tail-wagging best.

For four days, the world’s top dogs are unleashed in Midtown Manhattan. Look for them at the warm-up events at the cavernous Pier 94 February 8, 9 and 10th and at Madison Square Garden for the big competitions February 10 and 11. 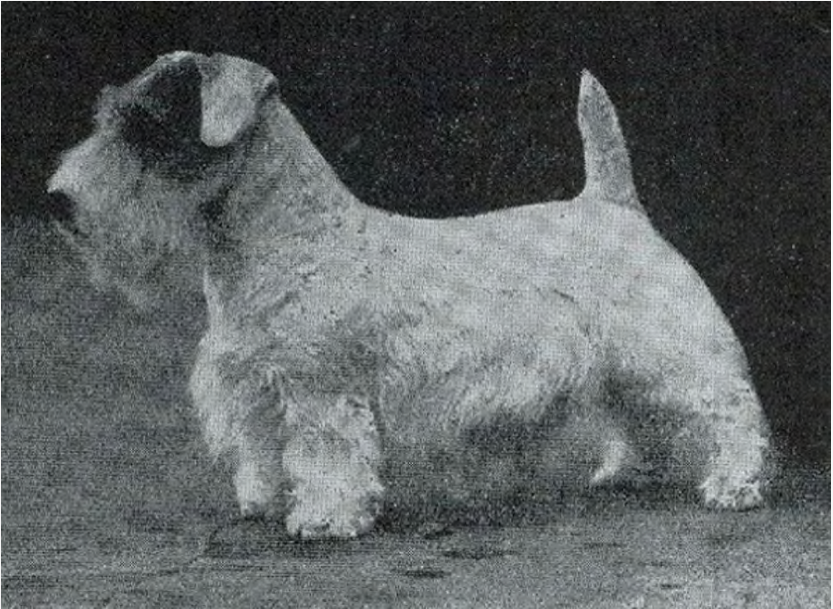 But aspiring Best in Show dogs (and their minders) need a place to bed down for the night. Which means that parking yourself in the lobby of a hotel that caters to aspiring prize pups is a great way to watch a parade of exquisitely groomed, world-class animals bound for the show (and maybe, glory) without spending a dime.

With a little luck, you may even glimpse an Azawakh, the ancient hunting hound from the West African countries of Burkina Faso, Mali and Niger that joins the competition for the first time this year. (Azawakhs are built to chase gazelles across the Sahara Desert so look for lean, muscular short-haired sprinters.) 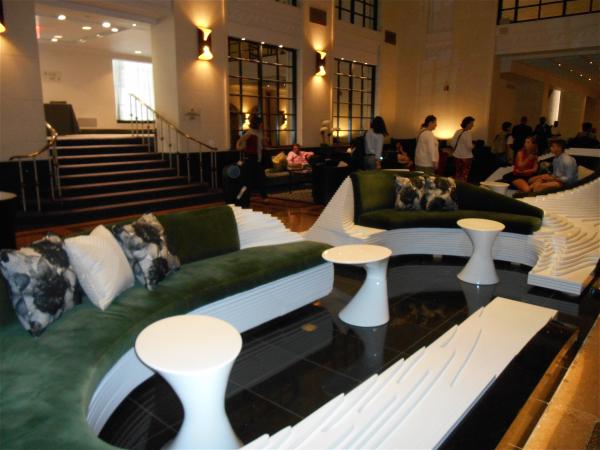 Plentiful seating in the Stewart lobby

The The Stewart Hotel ‘s distinctive lobby is designed as a conceptualized take on the island of Manhattan (the hotel was previously the Affinia Manhattan). It’s a handsome promenade for dogs to make an entrance (or exit). The hotel also goes all out for dog owners, offering a special exercise room on an upper floor outfitted with sofas, water and dog biscuits and an outdoor dog run layered with astroturf so dogs can work out without leaving the hotel.
The Stewart Hotel, 371 Seventh Avenue and West 31st Street, 212 563-1800

Places to sit in the Hotel Penn lobby are scarce. Dogs are not. Situated directly across the street from the Garden, the enormous Hotel Pennsylvania lures show dog owners with an enormous indoor Room to Groom S’paw in the basement outfitted with bathing tubs, a grooming area, spaces for exercising and a designated in-house relieving area. Westminster participants also receive a welcome package, treats and the services of the hotel’s Dog Concierge, who helps out the owners. Bonus: the Penn isn’t palatial, but this 1,700-room behemoth benefited mightily from a much needed renovation celebrating its 100th birthday in 2019.
Hotel Pennsylvania, 401 Seventh Avenue at 33rd Street, 212 836-5000 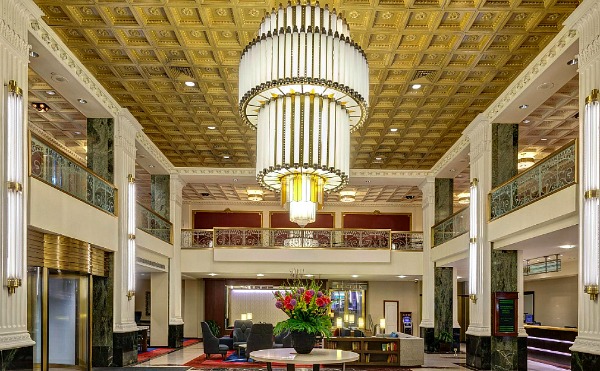 With its red marble floor and imposing Art Deco chandelier, the lobby at The New Yorker, a Wyndham Hotel, offers a spacious backdrop for dog watching. And though lobby seating isn’t as plentiful as it once was, you can still get lucky and score a spot on a trim leather sofa and watch the unofficial parade of champions. Bonus: the Tick-Tock Diner, billed as New York City’s largest diner, adjoins the lobby and is open 24 hours.
The Wyndham New Yorker, 481 Eighth Avenue at 34th Street, 212 971-0101