New York in mid-February is special if you happen to be a dog lover. Yes, the wind 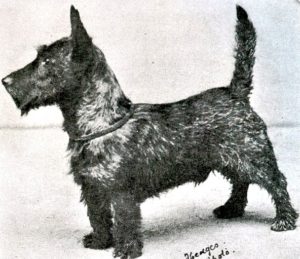 whistles and the ground is frozen solid. But for two days — February 13 and 14 this year — Madison Square Garden is Dog Central as the Westminster Kennel Club Dog Show, caninedom’s show of show, sweeps into town, luring more than 3,000 of the world’s most perfect pooches.

No one said being a show dog is easy. Come day’s end dog-tired competitors, whether Standard Poodles, Portuguese Water Dogs or Pumis, a new breed for 2017, crave a cozy room and comfy bed following a long day of good behavior. So do their trainers.
Three hotels within the garden’s orbit specialize in putting up show dogs (and their minders) each February. That means dog enthusiasts who chance by the lobbies of the Hotel Pennsylvania, The New Yorker and The Stewart Hotel (formerly the Manhattan NYC — an Affinia Hotel) have a greater than average chance of seeing some genuine hot dogs as they head off or return home from the Big Show.

Though spots to sit down are scarce at the Hotel Penn, dogs are not. Situated directly across the street from the garden, the enormous Hotel Pennsylvania courts show dog owners with its enormous indoor Room to Groom S’paw in the basement with bathing tubs, a grooming area, spaces for exercising and a designated in-house relieving area. Westminster participants also receive a welcome package and treats and the services of the hotel’s Dog Concierge, who helps out the owners.

With its red marble floor and imposing Art Deco chandelier, the lobby at The New Yorker is a spacious backdrop for dog watching. And though a recent refurbishment cut back on lobby seating, you can still score a spot on a trim leather sofa and watch the unofficial parade of champions. Bonus: the Tick-Tock Diner adjoins the lobby and is open 24 hours.

The elegant lobby at The Stewart Hotel is also inviting, designed as a conceptualized take on the island of Manhattan. It’s a handsome promenade for dogs to make an entrance (or exit).

The hotel also goes all out for dog owners, offering a special exercise room on an upper floor outfitted with sofas, water and dog biscuits and an outdoor dog run layered with astroturf so dogs can exercise without leaving the hotel.

As I discovered when I visited a couple of shows back, the room feels social, as trainers and owners greet old friends, compare dog-world notes and made sure their animals stay pristine, and scratch-free, for the big show.

Is This New York City’s Worst Hotel for Singles?
Backdrops Count: The NYC Hotels Where Trump and Clinton Addressed the Faithful After Election 2016
Hotel Obits, Part II: Six Notable NYC Hotels Closed Permanently By The Pandemic
Affinia Manhattan Revs Up for the Westminster Dog Show with a Special Canine Suite
Three Hotels Where You’ll See Top Dogs from the Westminster Kennel Club Dog Show
With Plans Approved for a New Midtown Skyscraper, Is This a Last Look at the Hotel Pennsylvania?
2 replies

Matilda, the Celebrated Algonquin Hotel Cat, Lands Her First Book Strolling Through The Waldorf Astoria on the Final Night of its 85-Year Run
Scroll to top