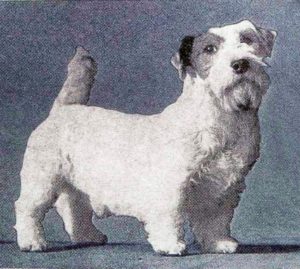 It’s serendipity that Fashion Week and the Westminster Kennel Club Dog Show hit town at the same time this year. Show dogs are the canine version of supermodels. And like the leggy creatures strutting the catwalk at Lincoln Center, the furry creatures running the ring at Madison Square Garden, February 13 and 14, travel relentlessly.

“We’re in hotels 50 weeks a year,” says Debbie Kennedy, an owner of Wooly Bully, a personable, 26-pound French Bulldog who, at four, is a dog show veteran and winner of Best of Breed at Westminster in 2011.

On the other end of the leash Wooly Bully sniffed the bright green turf carpeting a deck at the Affinia Manhattan, a 1920s hotel that has the good fortune to stand across the street from Madison Square Garden.

Each year at show time the hotel creates a temporary outdoor run where dogs can be dogs without leaving the hotel. This year, on the heels of a splashy room

renovation, the hotel teamed with the Spot Experience, a local dog-care company, and upped its game. Identified by a paw print on the door, the Spot Suite offers a stylish indoor lounge outfitted with sofas and dog beds and a large turf-covered deck where dogs can scamper, socialize and raise a leg when the urge strikes.

The lounge doubles as an advertisement for the hotel’s new David Rockwell-designed rooms with white walls accented by bold gray flowers, comfortable contemporary sofas and a kitchenette. Big bowls of dog treats including biscuits shaped like bones and hearts cover the tables. (Humans get a happy hour.)

But the action was on the deck, where nearly a dozen dogs, owners and handlers

were congregated when we showed up. It felt like a cocktail party, as the adults embraced and chatted. The dogs, nearly all leashed to prevent pre-event mishaps, behaved exquisitely; these are the animals you want living in the apartment next door. They included textbook-perfect examples of the standard poodle, beagle, dachshund, whippet, Airedale, Chihuahua, German Shepherd and, of course, French Bulldog, among others.

Told we could bring a dog, we came with Snowball, a friend’s five-year-old Westie sporting a natty plaid sweater. Thrilled to be leash free, he scampered through a big tube deposited on the turf then worked the room, meeting as many dogs as he could.

including a big hoop to jump through, but most dogs seemed content to sniff the turf and each other and get down to business (or not). “You haven’t peed yet,” sighed an exasperated handler.

Much of the talk we heard concerned hotels. Finding places to walk and exercise a dog near the hotel isn’t much of a problem at shows in suburban and rural areas, but it’s an issue at Westminster. “It would be nice to be near the park, but given the traffic in New York, we need to be close to the show,” says Kennedy, a Spot Suite fan. The Hotel Pennsylvania a couple of doors away covers the basement with sawdust and brings in vendors and pet toys at show time to create a dog run. But there’s a lot to be said for fresh air.

As quickly as the deck filled it emptied. Within minutes a janitor was scrubbing the turf with a bucket and broom. The turf stood empty, a splash of green 12 floors above the ground, but the pounding of paws could be heard in the distance. The lull was momentary.

Check out The Empire, the Hotel Across the Street from New York Fashion Wee... Trump International New York Hotel & Tower Gets a Great Big Close-up In...
Scroll to top