At a glance: I can’t think of a better location if you’re a museum buff: the American Museum of Natural History is across the street. The New York Historical Society is a block away. And the Metropolitan Museum of Art stands directly across Central Park, a brisk walk or short bus trip away. But the Excelsior, a moderately priced neighborhood hotel, has its quirks.

The staff can be brusque. And if you’re a modernist, the  traditional design in the guest rooms and expansive lobby won’t quicken your pulse.

But this vintage hotel, in business in various guises since the 1920s, offers distinct plus points. Rooms are larger than many at newer properties. The prewar plaster walls block out most noise. And in addition the aforementioned proximity to museums, the hotel has the great good fortune to command a front row seat at a cherished New York City ritual, the annual inflating of the balloons for the Macy’s Thanksgiving Day Parade. Yup, you and your little ones can watch Pikachu, Sponge Bob, et al come to life the night before Thanksgiving.

Given its 1920s roots, room decor  — a 21st-century take on tradition with towering wood headboards in tufted ultra suede and a palette of brown, white and gold (but mostly brown) — suits this dignified building to a T (or an E). A handsome chocolate brown awning spiffs up the hotel’s classic brick exterior.

The contemporary take on tradition extends to the expansive wood-paneled lobby, with two ample seating areas flanking the polished wood check-in counter. The lobby renovation, carried out in 2010, was smart. No one disturbed the pink marble floor or the dark wood paneling that feels in tune with the building’s Roaring 20s origins. But the outdated oil landscapes in heavy gold frames and fussy sconces are history, replaced by bevel-edged mirrors, clean-lined contemporary sconces, flatpanel TVs tuned to news channels and best of all, a fleet of up-to-date, high-sided club chairs and sofas in artfully faded plum velvet, good looking and comfortable.

On the second floor another seating area awaits, more Old World than the lobby with leather wing chairs and a brocade sofa. It also offers a compact children’s playing area.

The vibe is more homey than grand (or hip). You see guests in sweatshirts and baseball caps sprawled in the club chairs after a day on the town or poring over guidebooks and maps. The effect, like the hotel’s West Side surroundings, is pleasingly unpretentious.

Rooms: The room I saw was spotless, and white sheers pulled back to reveal a lovely view of the Natural History Museum and Planetarium. (Plum rooms overlook the museum and the surrounding park or the back garden, but beware of anything facing the extremely dark air shaft.) Alas, it was very brown, a color that has fallen out of style since the hotel was last done over in 2010. Beds backed by tall headboards and flirtatious skirted side chairs that swivel are standard issue in all the rooms, even the smallest.

Room layout hasn’t changed much over the years, and the Excelsior has good 1920s bones. The smallest rooms lack entryways but are just about big enough for two people and come with twin beds or a queen. In the more spacious suites, French doors separate the sleeping area from the sitting room.

Bathrooms, renovated in the late ’90s, display pedestal sinks and spotless white tiles embellished with floral reliefs that reminded me of Heidi, the little Swiss peasant girl, not Klum. Befitting an older hotel, you get tub-shower combos — and though tubs look freshly resurfaced, I saw porcelain patches on one.

Food and drink: None at the moment. Calle Ocho, a lively Latin fusion restaurant serving nightly dinner and weekend brunch, moved out in 2019. But restaurants in a range of styles and prices are nearby.

Amenities: WiFi ($9.95 for 24 hours), free in the lobby and conference rooms. The fitness center, billeted in a large wood-paneled room, is mirrored, with a variety of apparatus and free weights. There’s a small business center where you can use computers.

Surroundings: Besides the Natural History Museum, the Rose Planetarium is across the street, and the New-York Historical Society, a savvy history museum, is a block away, as is Central Park. Lincoln Center, the East Side’s Museum Mile (the line-up includes the Guggenheim, Jewish, Cooper-Hewitt Design and Metropolitan museums) and Midtown shops and business are slightly further afield but easy to reach. The hotel is also convenient to Columbia University. And the area is chock-a-block with restaurants, from a branch of Shake Shack to stylish places like Crave Fishbar and White Gold Butchers. The subway station is half a block away as are bus stops.

Back story: Built during the 1920s, the Excelsior started out as The Hotel Standish (as in Miles), a residential hotel (rooms still had kitchenettes when we first stayed here in the early ’90s). It became the Excelsior sometime in the 1950s. Until the late 1990s, it was a congenial budget hotel with layers of old paint on the walls, simple furniture and $75 rooms. It also had a terrific old-fashioned coffee shop ($2.25 for pie and coffee) overseen by a hostess who looked like Tallulah Bankhead and wore evening gowns and marabou boas when seating jean-clad guests for bagels and eggs. The hotel received a radical redo in 1997, which moved it up-market and increased the comfort level (there was no place to sit in the lobby when we stayed) but kept prices relatively reasonable. But that was then, and given the hotel’s current price structure, the recent renovation is welcome.

Keep in mind: Rooms have either a queen or two twin beds but no kings. Courtyard rooms are dark and gloomy, so request a street view when you book. 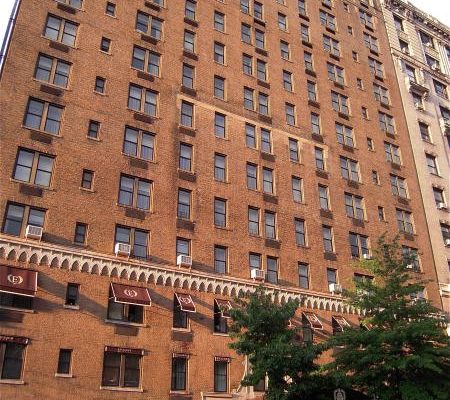 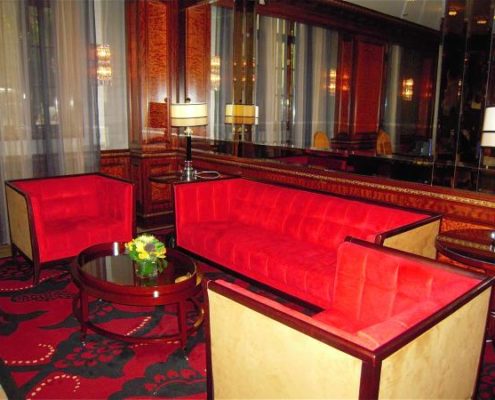 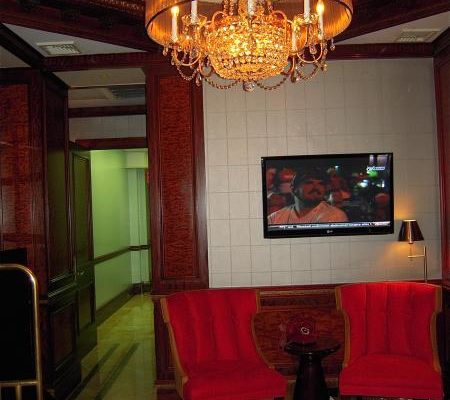 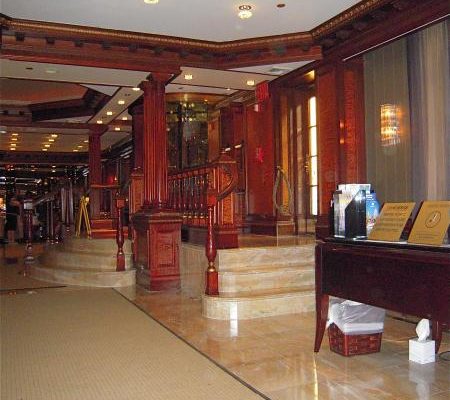 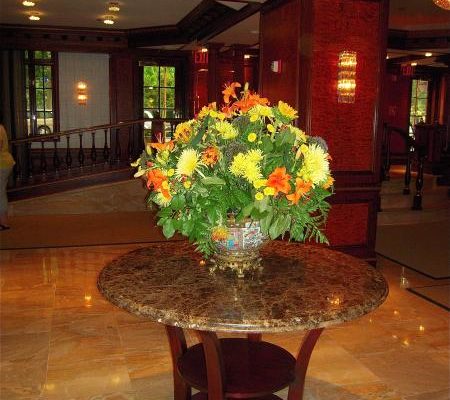 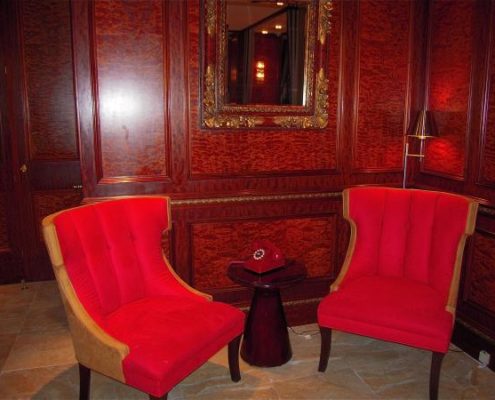 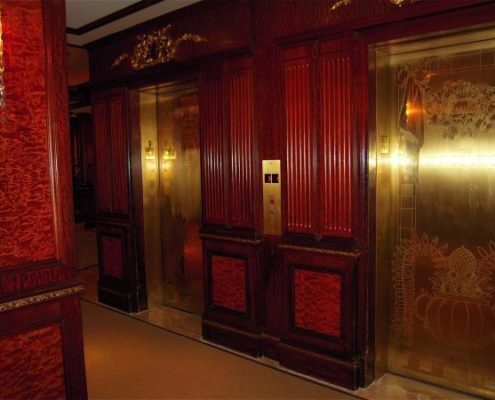 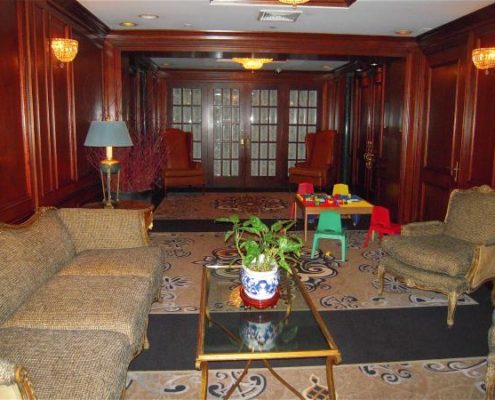 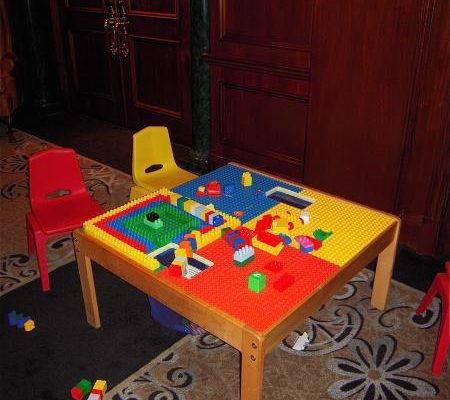 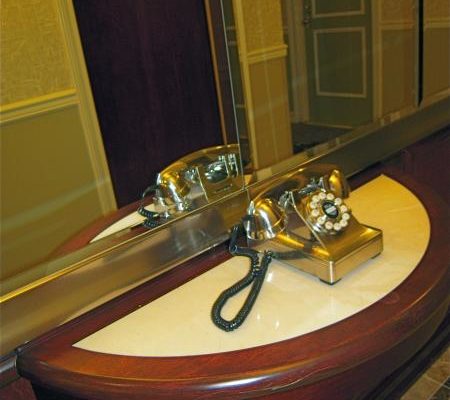 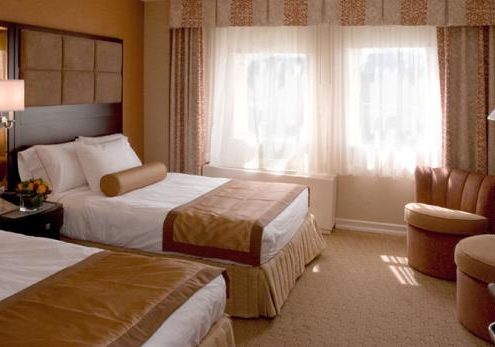 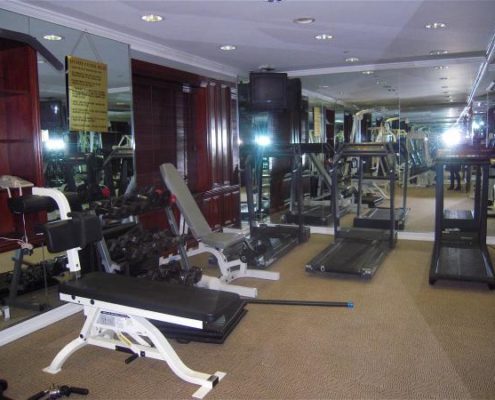 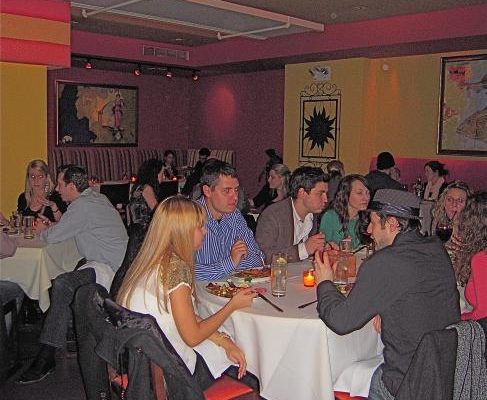 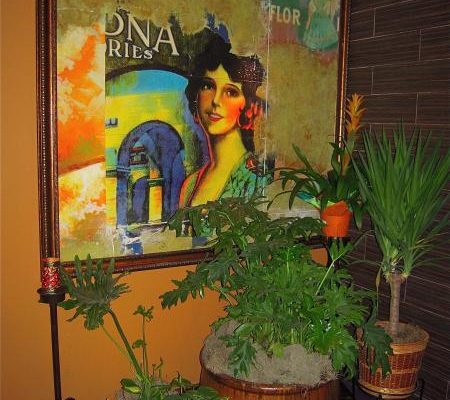