Remember Linsanity? As New York’s beleaguered basketball fans know, it was a moment of euphoria spun by the unexpected play of Jeremy Lin, a 6’3” California-born, Harvard-educated point guard who leapt from NBA obscurity to propel the New York Knicks to a winning streak back in 2012 (those were the days). 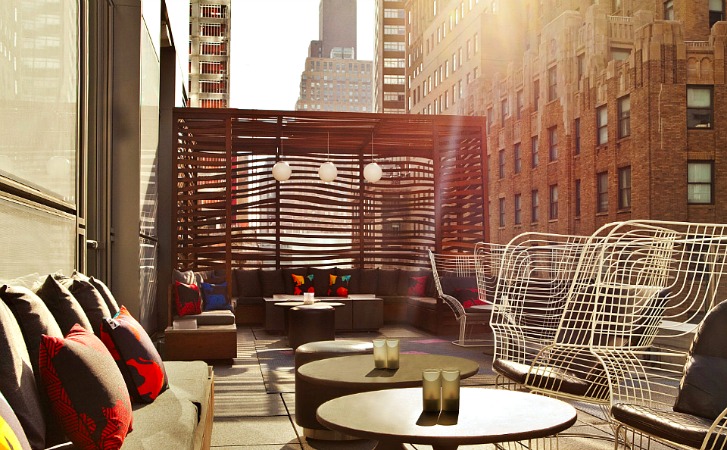 As with most such marvels, Linsanity didn’t last, and neither did Lin. At season’s end he signed with the Houston Rockets then bounced to the Los Angeles Lakers and Charlotte Hornets.

Now comes news that Lin is returning to New York, albeit with the Brooklyn Nets. And why is Overnight New York mentioning this (aside from the fact that we love basketball)?

Because Lin likes living at hotels. During his previous sojourn, he rented a furnished, two-bedroom, two-bath apartment on the 38th floor of the W New York — Downtown. He even issued a statement at the time saying he was familiar with the W hotel in Taipei, where his parents grew up and was won over by the W’s amenities, which include a gym, screening room and roof lounge, not to mention room service from the hotel restaurant.

No doubt it beat the sofa at his brother’s Lower East Side apartment, where he had camped out while waiting to see if he’d make the cut with the Knicks. And renting was probably a good idea given his brief stay in town.

This time things are very different, of course, starting with his three-year, $36 million contract with the Nets. Lin’s no doubt ready for a new New York real estate chapter. Here’s our post from his first New York chapter.

Why the Waldorf Astoria is Closing for Renovations, and Why You Should Stop... Vaclav Havel Slept Here: A Peek at a Presidential Suite Designed in His Style...
Scroll to top