Hotels love to name their suites for famous guests, creating an instant brush with glamour and a decorating theme in one swoop. Consider the Dorothy Parker Suite at the Algonquin, the Warwick Hotel’s Marion Suite, a nod to the Hollywood honey of its founder William Randolph Hearst, and the Ty Warner Penthouse at the Four Seasons New York (he invented Beanie Babies — and owns the place). 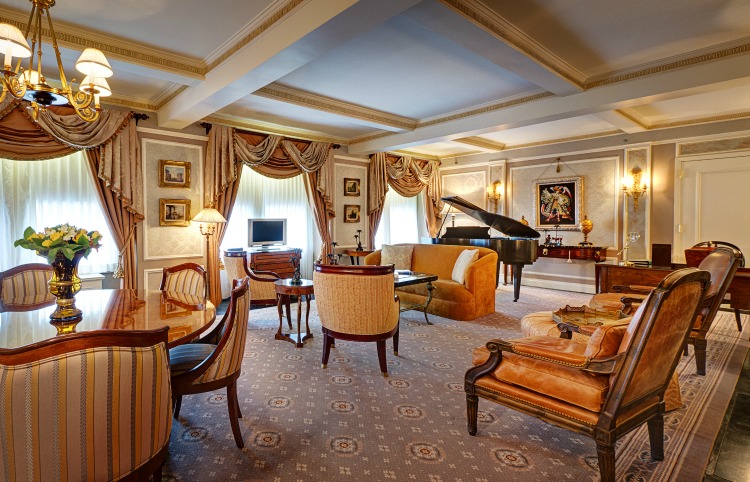 Be seated in the Vaclav Havel Presidential Suite.

Which brings us to the Vaclav Havel Presidential Suite at the Hotel Elysee, the Midtown boutique best known as home to the Monkey Bar. The eminent Czech polymath (playwright, political dissident, human rights activist and President of Czechoslovakia and the Czech Republic) would have turned 80 this week. It turns out he liked to stay at the Elysee on his visits to New York, whether to see his plays (The Memorandum at The Public Theater introduced American audiences to his work in 1968) or to address the UN General Assembly, as he did in 2002.

While the hotel’s proximity to the UN may have helped seal the deal, as often happens a personal connection was also in play. Henry Kallan, who owns and operates the hotel, is of Czechoslovakian descent and cultivated a professional and personal friendship with Havel. (A framed thank-you letter from Havel written in Czech graces Kallan’s office.) 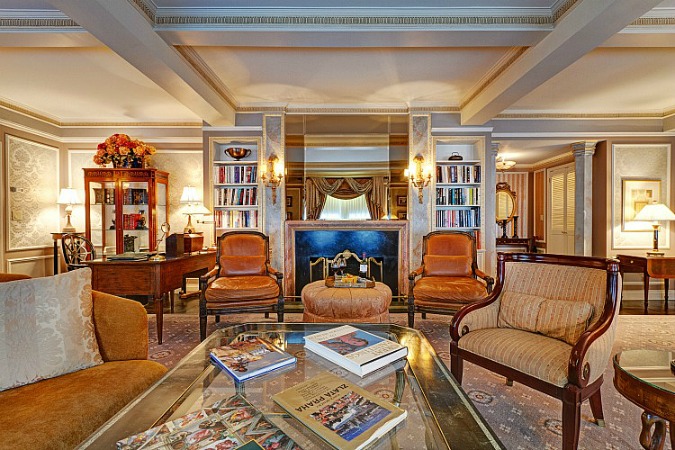 The 950-square-foot Vaclav Havel Presidential Suite celebrates the man who stayed at the Elysee “many times,” a hotel spokesman says. Traditionally furnished in 2013 with swagged window treatments, brocade club chairs, a velvet sofa and a king-size bed framed with curtains, it exudes old-style European luxury and wouldn’t look at all out of place in Prague. A grand piano adorns the sitting room. Havel apparently didn’t play, but in case there be any doubt about who once slept here, a biography of Havel and copies of his plays and poems line the bookshelves along with photographs of the Czech President, including taken one with Kallan and his family.

Havel, who died in 2011, paid his final visit to the Elysee in 2006. These days a night in his signature suite goes for around $1,200 (pre-tax prices drop to around $560 in January). And if Havel isn’t your man, you can check into the Tennessee Williams Presidential Suite, a salute to the author who spent the last years of his life at the hotel.

Basketball Star Jeremy Linn Is Coming Back to New York. Will He Live in a Hotel... Backdrops Count: The NYC Hotels Where Trump and Clinton Addressed the Faithful...
Scroll to top